With the winter season in full effect, finding activities in the city to stay in shape might seem a little difficult. For those looking do something other than working out at the gym, here are five winter activities to stay fit.

Advertised as Philadelphia’s only rock climbing gym, Go Vertical (above) is open to the public seven days per week. The gym has 50-foot climbing walls and 13,500 square feet of climbing surfaces, creating 250 climbing routes at all times with 20 new ones being added every week.

Go Vertical even has a special area for beginners and kids. Classes are available everyday depending on your level of experience with price of admission being under a cost of $20. 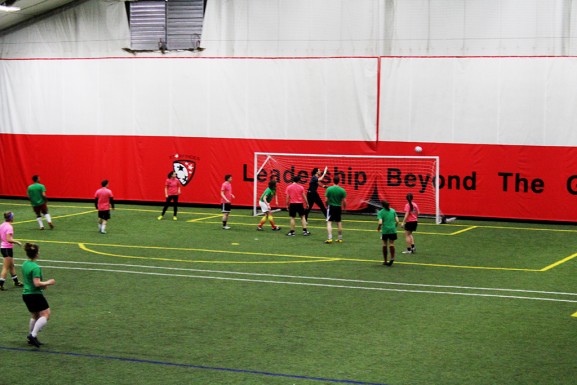 On Saturdays, soccer fans and players can go over to Starfinder’s Urban Promise Center in Manayunk. An indoor facility, Starfinder’s allows players the opportunity to fine-tune their skills on their turf field.

Games are played between 9 a.m. and 2 p.m., with four men and four women for each team on the field. If you don’t know enough people to field a team, people are allowed to join the league as free agents at $100 per person for the season. 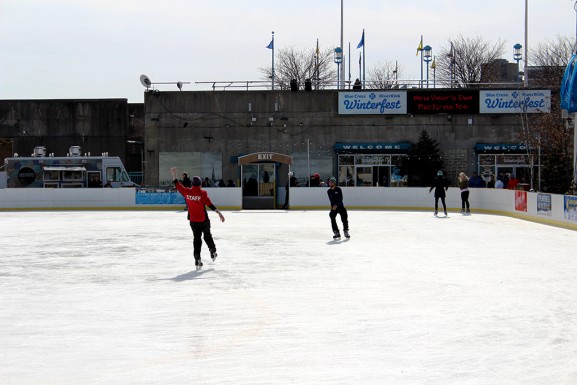 An outdoor ice rink located on Delaware River waterfront, the Blue Cross RiverRink offers a wide variety of activities, ranging from ice-skating to a full-loaded lodge with restaurants, a café and arcade.

General admission is free to the public, while skating admission is $3 and skate rental is $10 for one and a half hour sessions. The rink is open through March 1. 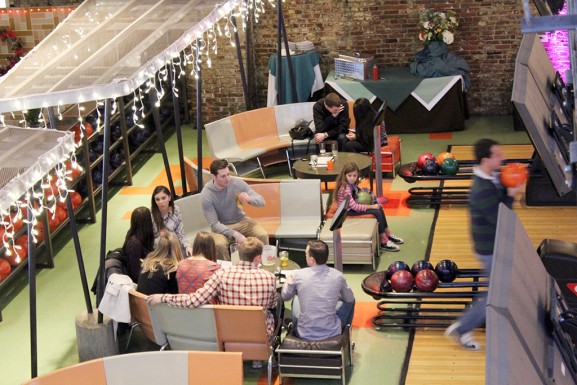 North Bowl is a 21,000 square feet bowling alley with six lanes downstairs and four private lanes on the second floor. For less than $6 per person per game, North Bowl offers a way for people to play a relaxing or competitive game – depending on your preference – with friends and family.

For those hardcore bowlers, this alley also has league nights on Monday, Tuesday, Thursday and Sunday. Costs runs $160 per team in the first week and $52 per team per week after. That covers three games and shoe rentals.

The alley also uses the latest technology in the game, with Bowler Entertainment and Scoring Systems (BES X), one of only ten alleys across the country that does so. 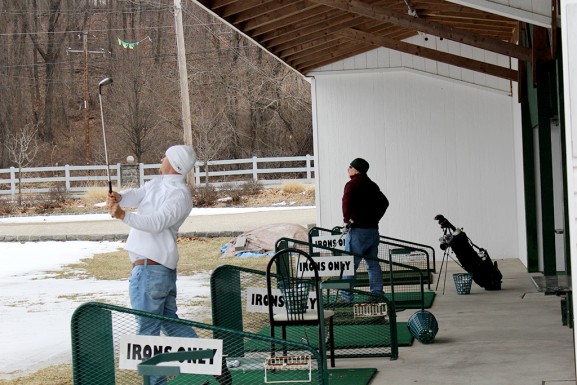 Umbria Golf Center offers golfers a chance to work on their golf game even in the winter. From 9 a.m. to dusk, golfers are able to take advantage of the driving and iron ranges that are covered, protecting golfers from rain, sleet, or snow.

On colder days, Umbria Golf Center has heated ranges and a virtual range to allow its golfers to practice when they feel is necessary.

– Text and images by David Glovach and Evan Bohner.

If you build it, they will come. Recreation centers and urban parks serve as places for people in the busy city lifestyles to escape it all without really having to leave the city limits. From [continue reading…]