Bangarang is making a name for itself in Philadelphia’s subculture community.

As an art collective, Bangarang is a group of various types of artists who have a common goal of  promoting and supporting artist expression. In order to fund their artistic expression, Bangarang creates fun and unique parties and events that give partygoers a different experience every time they attend.

Bangarang started out as a theme camp at Playa Del Fuego, an East Coast burner party. The theme camp consisted of a few friends who came together to make their own experiences better and also better for other people. Since then the organization has only grown. They started off throwing a few events and parties here and there, but since January 2013 they have consistently put on first Friday events.

The first Friday events started off at the now defunct Arts Garage on Ridge Avenue. Now, they take place at Trilogy Night Club on Spring Garden Street. They integrate everything from vendors, DJs, hula hoopers, fire hoopers and aerial performances. Each month, they collectively come up with a different theme. It started out as “Artsy as F@#k” but can now change from to time to anything, such as “Fancy as F@#ck.” 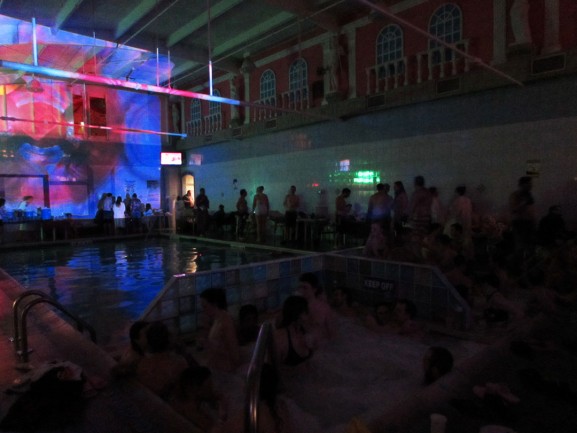 The collective art prides itself on “leaderless leadership,” where everyone contributes and leads the way for events and parties rather than having fixed leadership within the organization. Planning an event can take a month – or months, depending on the size of the event.

“We plan a little over a month in advance, since there’s one every month,” said Melissa Klima, one of Bangarang’s main event coordinators. “Our larger parties, we plan at least 3 months in advance.”

The group also takes part in sourcing-out others who are not a part of their collective to help build their community. That allows them to contribute to the number of performers and vendors present at their events and it helps others who are seeking the same goals as the art collective.

“We choose to book our friends and other people who we’ve worked with to enable them to do well,” said Klima. “If we can bring in a friend who’s a vender and can vend their goods, that’s going to benefit us all in the long run.”

Nathan Dark, the arts coordinator and one of the organizations DJs, takes part in the decorations that often bring the events to life and help illustrate the main theme.

“I coordinate trying to get everyone together on any major art insulations that we are trying to do,” he said. “If we do big events, then usually we’ll have a couple of big installations we try to do. We also have smaller installations where we do with decoration and themes and such.”

“I’m just starting to work on something right now and starting to plan six months ahaead for the summer,” said Dark.

This tight knit community is always expressing how they encourage new people to join their organization.

“I’ve been involved with Bangarang and doing events for them for two years,” said Anna Hickey, a member and event organizer of Bangarang.

Hickey came across Bangarang at their summer event, held at a Jewish children’s camp in New Jersey, called Bangaroc. Since then, she felt she had to be an active participant.

“Lately, I’ve been doing after parties for events,” said Hickey. “Beforehand it’s just been a lot of coming up with ideas.”

Vendors offer partygoers memorabilia and goods at events – from glassware, paintings, sculptures and jewelry to other crafts. In addition, when events are held at venues with multiple rooms, each room will have a sub-theme. There can be costume exchange areas, where you can pick up a hat to complement your outfit or ditch your pants for a fluffy tutu.

“Having that outlet to create things and people to work with to formulate and make ideas with you is something that was new to me before I knew of Bangarang,” said Hickey. 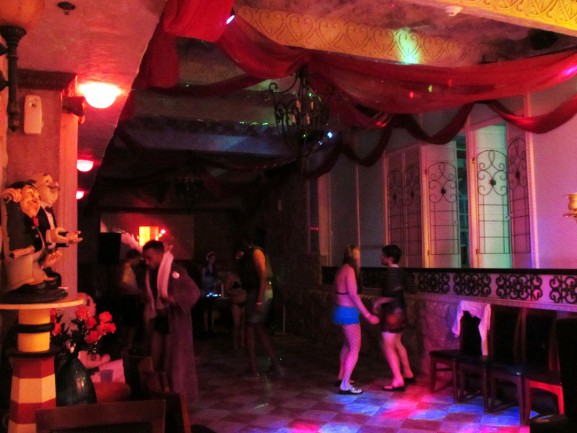 Many of the organizers are in their twenties and have taken it upon themselves to get proper permits, find venues and create themes.

“What these events are really about, are having fun,” said Hickey. “So, in the Bangarang world, the biggest stress and the biggest problems are trying to figure out how we’re going to make sure everyone has a good time…and that’s my favorite part.”

Bangarang accepts all people. Patrons enjoy the events because they have an ability to make everyone feel included and welcomed.

“I had gone to some of the PEX Halloween parties and ended up meeting the Bangarang folks and I just clicked with them,” said partygoer G 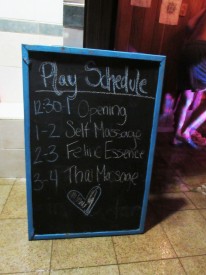 igi, who did not wish to disclose her full name. “At least four or five years, I’ve known everybody.”

Gigi attended Bangarang’s recent spa party last month, which was a members only party hosted at the South Hampton Spa.

In April, Bangarang will be throwing their first “Sustainable as F@#k” event where different green companies, such as Philly Permaculture, will have exhibits or workshops.

Those who attend will get $5 off the $15 tickets if they wear ABC clothing, which stands for “anything but clothes,” and the clothes must be recycled. This interesting theme will once agains showcase the organization’s artistic abilities as well as their abilities host unique events.

“We’re always trying to take it to the next level,” said Klima. “We’re not satisfied with anything that’s too mainstream or what we consider normal. We’re constantly trying to do something new and exciting and give people an experience like nothing they’ve ever experienced before.”

– Text, video and images by Laura Maguire and Kayla Oatneal.

Cooking, cleaning and running errands are all routine tasks many people accomplish every day. But for some, those tasks can’t be done without assistance. Aid For Friends is an organization that helps those who cannot do [continue reading…]

Rocio Cabello and Renny Molenaar are the proud owners of iMPeRFeCT Gallery on Greene Street in Germantown. Neatly tucked away behind the shops and restaurants of Chelten Avenue, this gallery brings art to a neighborhood [continue reading…]