Time spent as a Tiger on the Kensington High School football team was about more than just touchdowns and field goals for Matt Sanasac.

It was about creating a safe and new way to stay out of trouble in the heart of a rough neighborhood.

Sanasac used football to figure out who he really wanted to be, on and off the football field.

Sanasac, now a freshman at The University of Pennsylvania, received a partial academic scholarship and grants from UPenn to fulfill the rest of the finances after graduating from Kensington High School in 2014.

Becoming a captain the summer before his junior year, he found that football became a different kind of outlet for him. It gave him something to do other than school work.

“That’s not because I went out and tried to be better than everyone else,” said Sanasac. “It’s just because I worked hard. I came to every practice and I worked really hard. It gave me something to focus on other than just schoolwork. I could do school work and I worked hard on that, too.”

Although Sanasac loves the game of football, when choosing a college, academics were his number one priority.

“A lot of people, they do really well at high school football and they make football their life,” said Sanasac. “That’s where they peak but that’s not where I want to be.” 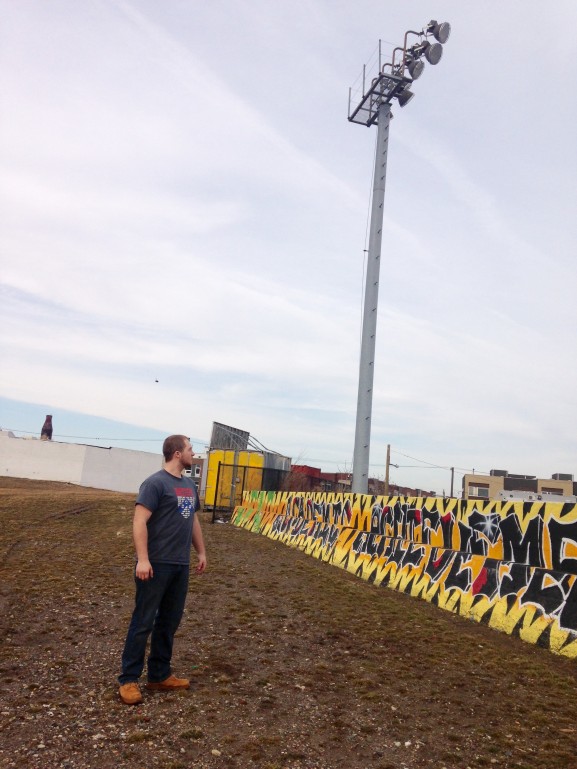 getting into the college he wanted was not going to happen because of his plays on the football field.

“Focus first on academics because it’s easy to get sucked in to football and to pay all of your attention to football,” said Sanasac. “That’s what I wanted to do but I realized that I couldn’t do that because really good colleges don’t just look at football. You can be really good at that all you want but school aren’t only looking at that.”

Sanasac, who will finish his freshman year in a few weeks, has considered trying out for the football team as a walk-on. He decided not to walk on as a freshman and to use his first two semesters at a university to adjust to the work.

Currently, Sanasac plays on the rugby team at UPenn and really enjoys it.

“I would love to play football. I thought about being a walk-on fall semester freshman year but I kind of took the time to make sure that I could handle the academics first,” said Sanasac.

Gamification, a relatively new term, has become a topic of much discussion when it comes to the meaning of the word and its existence outside of video games. This idea of gamification is loosely defined [Read More]

Kensington: Next On Tap At Saint Benjamin Brewery? Full-Service Kitchen

Five years ago, Tim Patton and Christina Burris would have never thought they’d be running their own brewery. Now, they’re not only making Saint Benjamin beer at a re-purposed warehouse in Kensington, they are set to [Read More]

Kensington Avenue is often considered one of the most dangerous streets in Philadelphia. Cops posted on most major intersections, drug dealers and junkies alike calling out from all directions, combined with the screeches of the [Read More]