Shanon Skipworth has a saying: “Do not judge me by the color of my skin, the texture of my hair or by the shape I’m in, judge me by what’s inside of me because I am beautifully made.”

Skipworth is founder and CEO of You’re Beautifully Made, which is a mentor program designed to help young girls create and maintain a positive image of themselves, both physically and mentally.

Started in 2013, the organization first took root at Sturgis Recreation Center on 65th Avenue in Olney. Skipworth started the program after thinking back on her own childhood experiences. She wanted to create a space where young girls can learn to reject society’s pressures when it comes to appearance.

The ultimate goal of the program is to provide a safe place for females of all ages where they can get the emotional support they need. Helping young girls get over personal boundaries and assisting them with their daily struggles are just a few examples of what the program is dedicated towards.

Jeffrey Hackett, who has been the president of the advisory council at Sturgis for the past eight years, described the program as a “godsend.” He had been looking for a way to target young women and give them a different life perspective.

“Give them (the children) some choices. Reach out to them before they develop these lifelong habits,” said Hackett.

This fall, the program will be adding a brand new location at the James L. Wright Recreation Center on the corner of 34th Street and Haverford Avenue. An information session will be held before then to get girls from the Mantua community interested in enrolling. 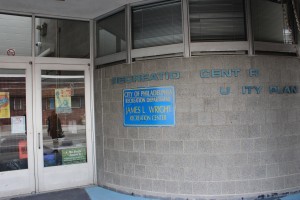 Rob Jackson, recreation center director, said it will be an opportunity for Skipworth to interact with parents and to gain their trust. The program will run from September to June on Tuesday nights, and the girls will pay a monthly dues of $25.

It will also be a way to engage the female community more. Jackson says middle school-aged girls come to the rec center less often than the boys, and when they do come it’s often to watch the boys play basketball.

Hackett can attest to the importance of building that initial relationship between parents and counselor, which is ultimately intended to create a stronger bond with the girls.

“Know the children and know the parents, so you know where your support is when there is a conflict in the community,” said Hackett.

Hackett sees support-based programs like this one branching out even further. As one of the advisors on Parks and Recreation Commission for the city, he makes recommendations to the mayor.

For two years, he has seen You’re Beautifully Made’s impact on the community and plans to testify on behalf of those kinds of groups once he gets his report together for City Council. He believes this is just the start of placing less emphasis on sports and recreation and transforming rec centers into the community centers that help families and engage different youth groups with different interests.

Being a relatively new program, Skipworth is working toward becoming an official nonprofit organization and moving into a central office.

“Where the need is, is where I want to be, but I would like to have a central location so that people could come from South Philly or the Northeast,” said Skipworth. “I’m hoping to touch people citywide by having the two locations.”

With a new location and more opportunities for new attendees, Skipworth is hopeful that the program will continue to flourish and provide young girls of Philadelphia a strong support system that they will be encouraged to spread to others once they complete the program.

For the past two years, Skipworth has taken a group of girls and instilled in them values of respect for themselves through mental health sessions as well as sexual education sessions. She also organizes field trips for the ladies that have included visits to nail salons, the Wilma Theater, dinner outings and taking bus tours around the city.

This past November, You’re Beautifully Made also took part in a clothing drive that provided young mothers and their children with free food, clothing and books to help them care for themselves and their child. This is just one example of how You’re Beautifully Made practices what it preaches in that they try to breakdown stereotypes and talk openly about issues teenage girls face today.

“This is the year for us. … Hopefully we’ll be able to get funding and hopefully a building because I want to branch out,” Skipworth said. “We’re looking now to hire a program assistant.”

Skipworth, who started the program herself, has been solely maintaining the organization since its conception. She looks forward to expanding the organization and is confident that the Mantua community can only bring positive reinforcement to the You’re Beautifully Made program, and vice versa.

– Video, photos and article by Chelsea Lacey-Mabe and Lera Salmon

Ivy Ridge Green was co-founded six years ago by Chris Kingsley, Annie Scott and Blaise Syrnick. Spearheaded by Destination Schuylkill River, Ivy Ridge Green’s goal is to add more green to the communities of Roxborough and Manayunk. Though Kingsley is [continue reading…]

While 5th Street is home to many diverse groups of people, one aspect seems to be valued among everyone – a close-knit and long-lasting community. These five places have served multiple generations and remain at [continue reading…]

On a sweltering mid June afternoon, Port Richmond resident Michelle Williams sat on a bench at the Cione Playground. Referred to as St. Anne’s Park by the locals (because of its proximity to the now [continue reading…]