Amateur Muay Thai fighters and partners Kate Allen and Charlie Cottone envisioned a Muay Thai kickboxing gym where people from all walks of life are welcomed without discrimination or intimidation of fear.

On March 2, that vision turned into reality when they opened 8 Limbs Muay Thai Academy. 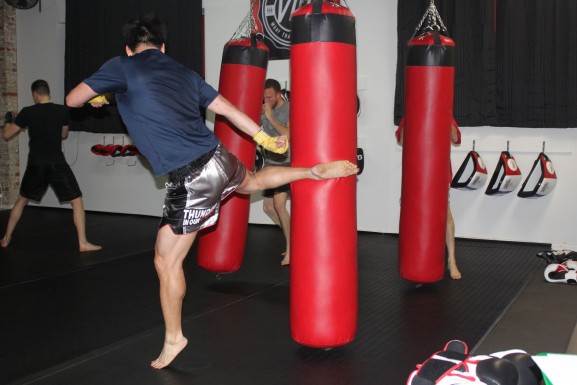 The translation for Muay Thai is “the art of eight limbs:” the hands, elbows, knees and legs. Hence, the inspiration for the academy’s name.

Allen got involved in Muay Thai after a bad breakup before her 30th birthday. She found herself wanting to make changes to better her life and get in shape.

Cottone, who described himself as once being chubby kid with way too much energy, was referred to Muay Thai from a friend who had seen him get roughed-up at a punk rock concert and thought he would like the sport.

Both were instantly hooked and credit Muay Thai for transforming themselves into athletes, building their character and giving them discipline.

Allen and Cottone built a relationship at a Muay Thai kickboxing gym in South Philadelphia, where Cottone was a fight team organizer and Allen was fighting.

Eventually, that gym and Cottone split ways. Two weeks later, he and Allen started planning their own gym where they could use their passion, knowledge and experiences in Muay Thai to empower others they way that it had themselves. 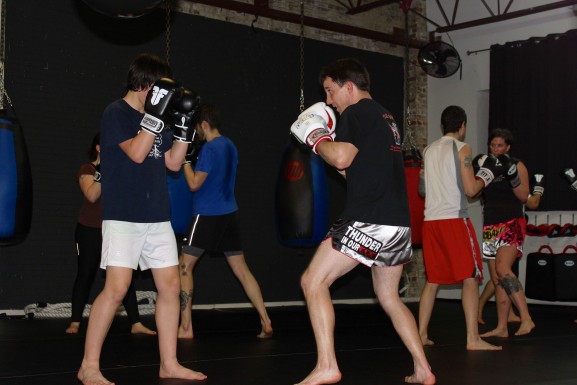 Allen said they chose the location in West Philadelphia because it is a community that is growing. With all walks of life in the area, the two thought it would be welcoming to them and what they had to offer, particularly being so inclusive.

“We came from a gym in an area that was saturated,” Allen said. “Within a five-mile radius there were as many 10 gyms. There is zero in West Philly. We knew there were no Muay Thai gyms here and not many fitness centers.”

“We did our best to say that we are extremely welcoming to everybody and part of our branding and our marketing message is as inclusive as possible,” Cottone said.

Cottone said that there is a stigma in combat sports, a myth of viciousness behind it. He described it as unfortunate because most of the people who interested in Muay Thai are very polite, gentle people.

“We wanted to do everything we could to break down that boundary of savagery, let people know that this is a very welcoming and accepting environment and that martial arts in general can be for everybody,” Cottone said.

To create an accepting culture and academy for everyone, 8 Limbs Muay Thai Academy created inclusive and non-threatening policies that are laid out on their website.

One such is language. They discourage all racist, homophobic and trans-phobic speech in the gym.

Another vital policy is “no tough guys.” Cottone said the people he described as “tough guys” have the ability to go into any gym and feel comfortable. At 8 Limbs, they wanted to create a different sort of space for folks that may not be able to do that. 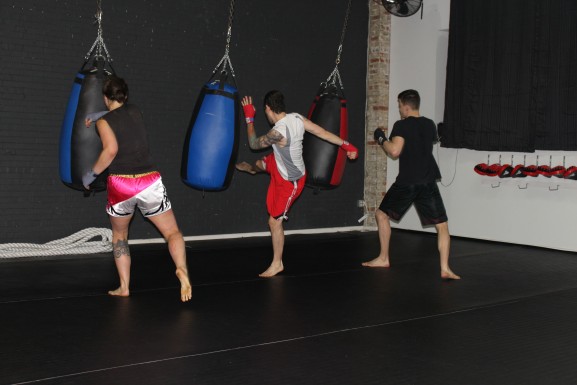 “It’s been incredible,” Allen said. “The feedback that we are getting from everyone. We have all different ages and all different types of personalities walking through the doors. It is everything that Charlie and I had envisioned.”

While some people spent Memorial Day weekend at the shore or doing household chores others came out to help raise money for medical research on ovarian cancer through a 5K walk. It was the [continue reading…]

Lower Lancaster Avenue has attracted many new businesses in recent years as revitalization projects have inspired business owners to open up shop. The commercial corridor, which spans from approximately 37th Street to 44th Street, had [continue reading…]

Exercise is a prominent part of the lives of many residents in the Cedar Park area. With many establishments promoting fitness and health, and recreational parks and centers encouraging healthy practices, many residents have learned [continue reading…]