In the West Philadelphia neighborhood of Mantua, residents are leading a project that will transform Brandywine Park into a sanctuary of art, nature and community respect. The park, which is situated on the corner of 34th and Brandywine streets, has been in decline for the past couple of years and is getting a full makeover this summer.

With the assistance of the community organizations We Are Mantua and the Mantua Civic Association, Brandywine Park is being transformed into a neighborhood green space and the design will focus on Mantua’s residents.

Local artist Rebecca Rose proposed the project along with the transformation of Mantua Avenue, along the Amtrak rails that lie on the outskirts of the neighborhood. Tiles will be an integral part of the redesign, and they’ll be sketched out by the families of Mantua.

Rose also plans to incorporate small tulip tiles to represent the children of Mantua in homage to the “Bulbs not Bullets” campaign. The campaign, which was backed by GroundSwell, the Pennsylvania Horticultural Society and Mantua Civic Association, began as a beautification project that involved volunteers of all ages planting more than 5,000 bulbs around Mantua. 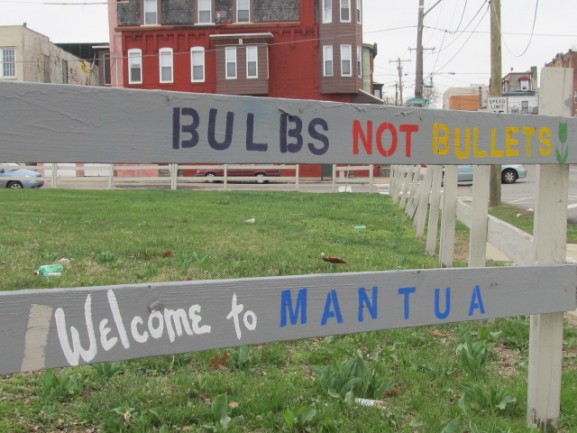 Rose served on the 2012 Mantua Redevelopment Plan under a physical development team and, after performing a survey with the assistance of the planning grant, Rose saw the opportunity to look at the empty green spaces in the community and see what could be done to enhance their purpose.

The funding for the project comes from a mix of grants and donations by organizations in Philadelphia. Local Initiatives Support Corp. (LISC), an organization that assists residents in building up their neighborhoods, ran a creative placemaking grant competition and We Are Mantua was one of the few groups to be selected to work on the project.

LISC gave the project a $7,500 grant, and the People’s Emergency Center chipped in $3,500. The Mantua Civic Association also came through to assist with funding, as well as the Philadelphia Parks and Recreation, which donated $1,000 to the project. The Drexel Dornsife Center has also been involved with the project by providing a space for the community art sessions.

The blight of the neighborhood is a large concern for residents, and this project began with the idea that community members have the power to make their environment safe and beautiful. With the help of LISC and the National Park Service (NPS), We Are Mantua formed a Beautification Committee. Along with creating the Brandywine Park redesign proposal, the committee also saw an opportunity to improve the Mantua Avenue “greenway,” which stretches along the rails at the edge of the neighborhood. 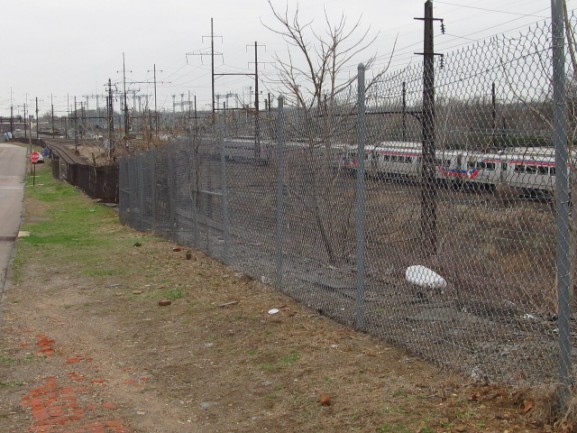 The Beautification Committee applied for NPS technical assistance with the help of LISC in 2013. The idea for the Mantua Greenway project began after the union of NPS and Mantua’s Beautification Committee. The overall vision of the Mantua Greenway project is to create safe bike paths, improve traffic lanes, fence structure, lighting, bus stops, park and garden space and create a visual representation of Mantua’s people, history and culture.

According to a study by NPS, about 52 percent of Mantua’s residents live below the poverty line, 21 percent of residents in the labor force are unemployed, and 32 percent of properties are vacant. These figures sparked the idea that Mantua needs to develop more green space, and the resident-driven projects began to take shape.

Green space in the city has become an increasingly significant aspect of city planning. Philadelphia has its fair share of vacant lots, approximately 40,000 in the city. Mantua is no stranger to vacant lots and residents have become more involved in transforming these lots into usable green space or just to display the beauty of art and nature.

Charles C. Branas, an associate professor of epidemiology at University of Pennsylvania, performed a study in 2011 about the effects of “greening” vacant urban land. After an observational study of control (untouched, vacant) lots and treated (greened) lots, Branas discovered that there was significant drop in assault and vandalism cases in the treated areas.

With community care and attention, vacant lots can be transformed and can very easily transform the neighborhood around them. People more consciously watch over greened spaces and are more protective of something they are proud to have in their neighborhood. It is a way to bring members of community together and create and maintain unity.

“The community is becoming more racially and ethnically mixed,” said Artie Shaw, who works across the street from Brandywine Park. “It’ll be a good thing to bring the community together.”

Shaw works at the Charles L. Durham Branch of the Free Library of Philadelphia. He and his coworkers expressed their excitement to be able to have a public place that could bring different age groups together and provide more art and green space to the neighborhood.

Brandywine Park appears to be the start of a more green-conscious environment in Mantua and has set out to embody the culture, history and community of the neighborhood. Residents of Mantua have dedicated their time to enriching their surroundings and spreading the message of love through the art of nature. 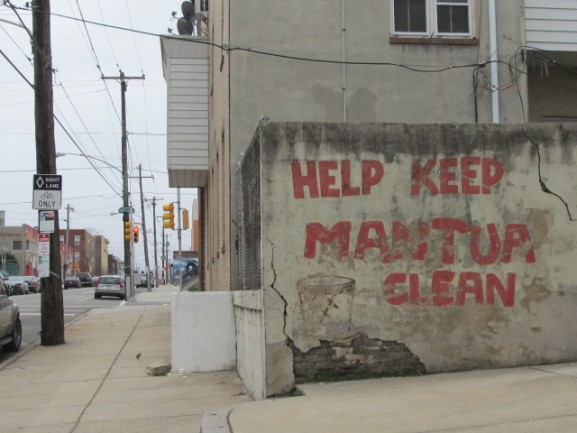 Walking into Express Graphics, a newcomer could expect to discover new favorite home goods store. On the right side of the store, shelves are full of half-priced coffee makers and appliances while the left side [Read More]

There are many things in Cobbs Creek that are hidden gems, meaning they’re not well known to most people who do not live or visit the area. 1. Cheerleaders from West Philadelphia High School (above) [Read More]