For the most serious disciples, fencing is more than just fancy swordsmanship. It is the western counterpart to the eastern discipline of martial arts, but still requires the same level of inner courage and willed fortitude from the student.

Nowhere else in Philadelphia do these students emerge more continuously than in the Fencing Academy of Philadelphia. 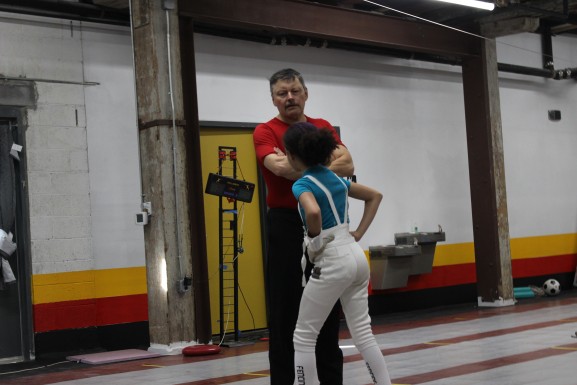 Located in Mantua, the academy, which bears a sign that reads “NO WHINING” at the entrance of the training facility, is led by 63-year-old maestro Mark Leonard Masters.

Masters, or the maestro, a title only given to the highly elite swordfighters, began fencing at the age of 14 but did not seriously start training until he was 19.

In 1989, Masters took over a small fencing program after moving to Philadelphia. Within the past 26 years, the academy has grown from 15 students to over 300. Class sizes currently range between three to five on the weekdays and up to 20 on the weekends.

“I just believe that fencing can be a business,” Leonard said. “When I first started the academy, there were only a few other for-profit businesses in fencing. I always believed that fencing could be a commercial sport just like tennis or anything else.”

Students who have trained at the academy have gone on to compete for the U.S. World teams for 14 and under, 16 and over, and even 70 and over. 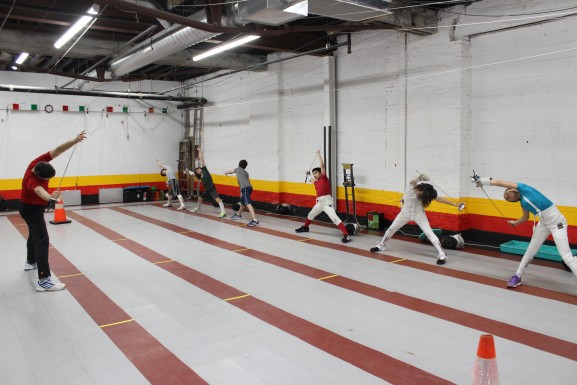 Mifflin, 26, became exposed to fencing as an undergraduate student at Temple University.

Ultimately, Masters argues, that the highest level of personal experience that can be attained is through the flow state. When an athlete reaches the flow state he enters a level that is transcendental and sublime, which Masters describes as being akin to religious prayers when one is fully immersed towards performing a particular activity. Masters believes that the flow state is accessible more easily and frequently in fencing which is why he finds so much enjoyment in teaching the combat sport.

Philadelphia is known for its many neighborhoods, but the Northeast in particular is home to quite a few unique businesses and landmarks. The following is a list of five places you might not know in [continue reading…]

Latin American Veterans in Philadelphia are remembering their success after a long history of service to their communities. “We need role models,” said Juvencio Gonzalez, outreach coordinator for State Senator Mike Stack. “When they went [continue reading…]