It is no secret that Millennials are fueling Philadelphia’s recent growth.

Individuals aged 20 to 34 represent more than a quarter of the city’s population. According to the Pew Research Center, growth within this age group – along with a growing immigrant population – accounts for a large portion of the population growth that Philadelphia has seen for eight straight years.

While this growth has been a cause for optimism, there is concern about how Philadelphia will keep these new arrivals once they have children who reach school age.

“We’ll be moving out of the city within the next few years,” said Gary Waltrich, the father of two young girls. “The quality of the school district will be a big factor in where we go. The schools in the suburbs are better than the schools in the city.”

Waltrich is not alone. According to a Pew poll released in 2014, 56 percent of Millennials would not recommend the city as a good place to raise a child.

“I think that’s probably the saddest thing about Philly,” Ashley de Marchena said about the lack of quality education choices for parents.

De Marchena’s son is three and while she is currently involved in improving her neighborhood school, she would definitely consider leaving the city to provide a better education to her son.

Changing this perception of the city’s education system has become imperative for politicians looking to keep the newly arrived in the city. 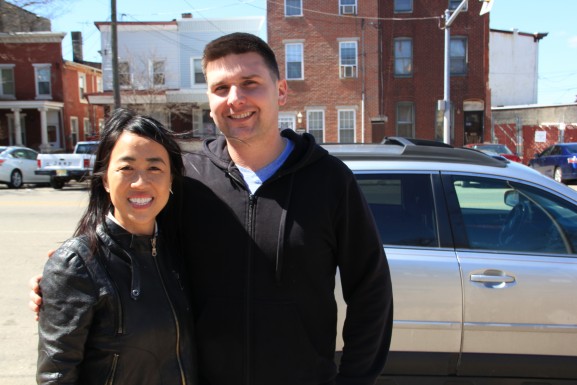 “The schools, to me, are this incredible locus point around which so much energy, excitement and investment happens,” said Helen Gym (above), a City Council candidate. “The two areas of growth for the city of Philadelphia are birth rates and immigrants, and both families with young children and immigrants end up in the schools. If we want to know that families don’t want to leave to go to the suburbs when their kids turn three, four or five, then we need to invest in our schools. If we want to make sure that we have a vibrant immigrant economy that’s diversifying and revitalizing economic corridors and making our city much more culturally diverse, then we need to fix our schools.”

While many parents may choose to leave the city once their children hit school age, for a large portion of Philadelphia’s young population, this is not an option. For many of those parents, charter schools are becoming increasingly more desirable.

There are now more than 80 charter schools in the city, educating around 68,000 students, about one-third of the city’s public school students.

“If I could afford to move out of the city, I would,” said Jackie Barrett, whose sons are three and four. “We’ll be sending them to a Catholic or charter school, because we’re just not happy with the public schools or their reputation.”

For some parents, it is not public elementary schools that are the concern. Many choose where to live based on the neighborhood elementary and middle schools. Once their child reaches high school, however, the choices become limited within the public school system. 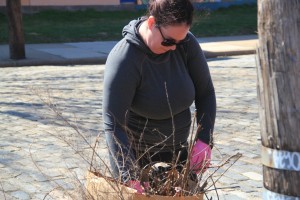 Andrea Callahan has three children. Her two oldest children are currently in the public school system. One attends a magnet high school and the other is in the neighborhood elementary school. While Callahan has been pleased with her children’s experiences in district schools, she worries what will happen when her son, now nine, enters high school.

“If he doesn’t get into a magnet school,” Callahan said, “I will consider sending him to a Catholic school – or moving him if we can afford it.”

While there are a small number of magnet schools, no neighborhood high schools made adequate yearly progress in 2012, the most recent year for which data is available. In 2013-14, only three neighborhood schools were not designated a “priority school” under federal accountability standards. Lincoln High School and George Washington High School were both named ‘focus’ schools, the level just above ‘priority.’ Northeast High School received no designation. All three of these schools are located in Northeast Philadelphia, meaning students located elsewhere in the city often face long commutes to receive a quality education.

According to Pew, Millennials are most heavily concentrated in West Philly and Center City. This lack of quality neighborhood high schools could have a greater impact on decisions to leave the city than children entering the school system.

For many parents, the ultimate decision about whether to educate their children in Philadelphia or to take their tax dollars elsewhere, will come down to money.

“We of course need better funding,” Callahan said. “They need to demand fair funding from Harrisburg and the governor, and stop taking programs and services from our children. We need policymakers to work with the parents, teachers, students and community leaders, put politics aside and do what’s right for Philadelphia children and public schools.”