The Pierogie Kitchen has been in business for more than a decade now, and has been growing since coming to fruition in 2003.

Located on the corner of Henry and Roxborough avenues, The Pierogie Kitchen prides itself on speed and quality of its product.

Marie Thorpe, who currently owns The Pierogie Kitchen, previously ran the ice-cream stand Yesterdays from the same location. She decided to close that business because she felt there was an opportunity to capitalize on the pierogi industry. 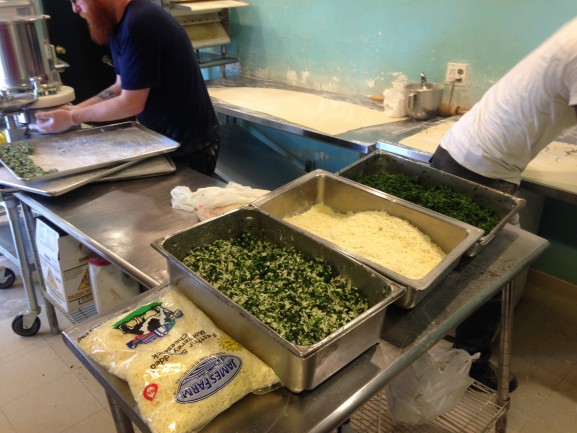 “You used to be able to get pierogis anywhere in the city of Philadelphia,” Thorpe said. “Lots of Polish-Ukrainian neighborhoods. Eastern European neighborhoods used to have them in their churches.”

After a while, the neighborhoods and people making the pierogis began to fade and Thorpe realized there were not many places left in Philadelphia that made true homemade pierogis.

Thorpe decided to open up The Pierogie Kitchen and the business began making strides at a fast pace. After six months of operating with the help of her family, Thorpe began to hire employees to help run the kitchen. 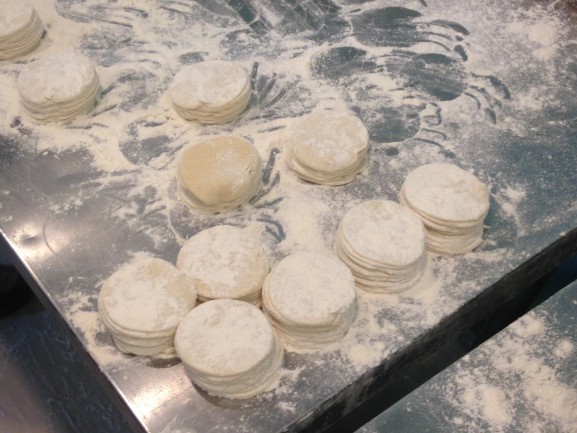 Soon enough, a variety of companies became interested in selling her products, Thorpe decided to hire a full staff, as well as a production manager, to keep the business operations running smoothly.

Eric Bogle, one of the first employees of The Pierogie Kitchen and a family friend, had to learn fast because Thorpe needed someone who could teach others how to put together a quality pierogi.

“I oversee production and make sure that everyone is in the kitchen and watching out for safety,” Bogle said.

Having a production manager as dedicated and trustworthy as Bogle has allowed Thorpe to expedite production. 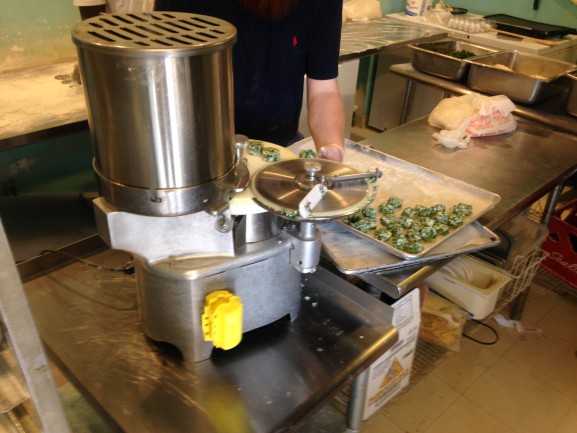 After more people and businesses began finding out about The Pierogie Kitchen, wholesalers such as Acme started to pick up pierogis in bulk. Besides just the local supermarkets, The Pierogie Kitchen also distributes to stores in New Jersey and New York.

Thorpe has plans to improve the current location by expanding the space inside and outside the building. This will allow customers the option to eat indoors or outdoors.

Thorpe realizes that the business and supply will have to expand to keep up with the demand for the product. No matter how big the business, Thorpe’s main priority is producing quality pierogis.

– Text and images by Patrick Paul.

Absent parents. Incarcerated fathers. Children of violence. For parents and children in underserved parts of the city, the narrative far too often reads the same. Headlines tell of kids losing their lives too soon, a [continue reading…]