Local Manayunk cop Chuck Taylor grew up riding motorcycles. When he decided to become a police officer, working with motorcycles just made sense. Now that he is one of the head instructors for highway patrol, he knows this is where he belongs and would not change it for anything.

When and why did you decide to join the police academy?

During my childhood, I grew up in North Philly with a lot of crime in the area. My dad was a contractor, and his van was constantly getting vandalized and broken into. After a while I was always into catching people doing stuff. At that point, I applied for the police department and that’s when my career took off.

When you got into it, explain where you started and how you moved through the police academy and training?

The police academy consisted of five and a half months at that time. It took almost two years to get onto the job. I applied at 19 and became an officer when I was almost 21. After that, I was assigned to Center City district, which is the 9th District, and I worked downtown for about six years. I was a uniformed officer for three of those years, and I made numerous arrests. The captain at the time liked the way I handled myself and he threw me into a special squad of only three guys, and it was all undercover work for burglaries, robberies and even a few murders. I was able to work with detectives in narcotics too, so I learned a lot on investigative work. 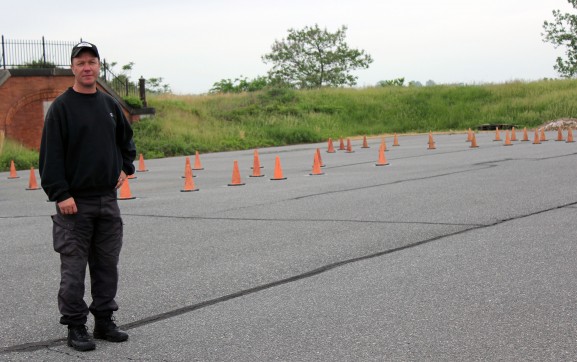 How did you get into highway patrol?

I worked for six years, three in uniform, three without uniform. At that point, I applied to be transferred to highway patrol. I found a home and I absolutely love it. I’ve been in highway almost 19 years in this unit. Throughout those 19 years I’ve turned down countless offers of taking a promotional test just because I don’t want to leave this place. I would have to leave my unit here, and it would be difficult for me to come back and I don’t want to lose that. If I chose, I would have been promoted to a corporal or taken a sergeant’s test but I opted not too.

Take us through a typical day in this unit/your duties.

As an instructor, my duties are basically being a teacher. You have to get here early, open everything up, get everything set, prep and make sure everything’s working for the next day. We usually have a class of 8-10 people, but for this class we only have three. The equipment motorcycles take a beating from the heat and excessive riding so the upkeep on all that has to be done.

We have riders with and without a lot of riding experience. There’s a lot of things that they have to learn here, like maneuvering motorcycles through tight situations, speed exercises and how to stop without skidding. A lot of guys get really frustrated with certain things. You have to take them back a few steps and bring up their morale. Grown men with 20 years on the job even get really heated.

When you’re dealing with adults it’s a little more challenging. It’s like we have to teach an old dog a new trick. 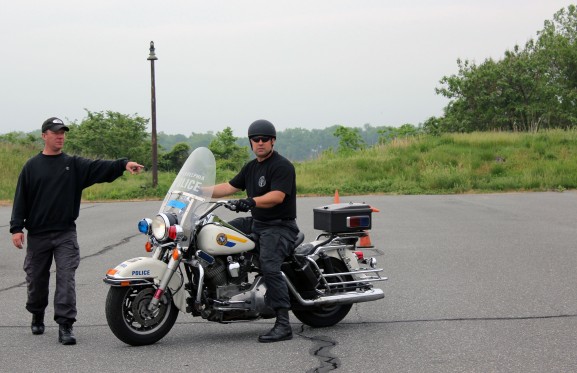 How did you handle yourself around the family members and community from Roxborough/Manayunk in the situation of Shane Montgomery?

I think that goes back to some of the tragedies I’ve had in my life, and how I’ve adapted to dealing with them. I did learn a lot through my career with personal tragedies with friends on the job, but also seeing a lot of others struggling through tragic times. I think that I kind of learned to deal with people and all their tragedies after 24 years on the job. With the Montgomery’s, it was a work thing. And it’s about business. I had to set aside my feelings and their feelings and handle what needed to be handled on a professional level.

Is it difficult to do that? It is. It’s really hard, especially with the Montgomery’s and even with my family. Dealing with your own family and having to keep it all on a professional level is trying at times but you have to stay positive and focus on the problem.

How do you think the community responded with you in this situation?

I think it was easier for them to communicate with me as opposed to strangers like detectives who they don’t know. They would always come to me for answers because it was a little bit more comfortable and comforting for them to deal with me than anybody else. 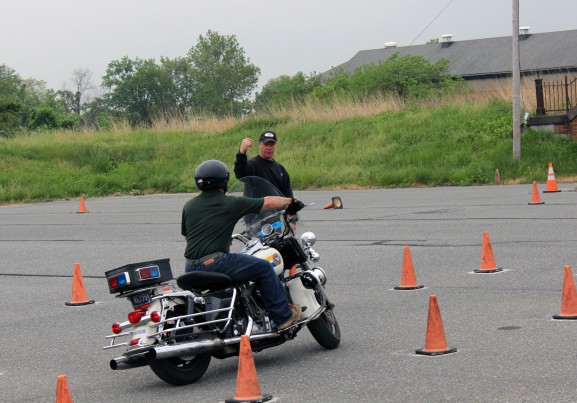 Whats the most rewarding part of your job?

As far as training goes, when you see somebody struggling so much and then you can take that and build on that and then at the end of their training to see their changes and perseverance is great. They go home feeling good about themselves as well as I do. In terms of uniform, when you’re on the street and you’re helping people, whether it be someone stuck in a car or a fire, it’s a very rewarding feeling.

– Text and images by Patrick Paul and Chelsey Hamilton.

Walnut Hill Community Association President Horrace Patterson believes that the primary election and November general election could impact the community significantly. As president of the association for the past four years, Patterson finds that drugs, crime, [Read More]

https://vimeo.com/65267152] Over the past 20 years, the Interfaith Network of Northwest/Northeast Philadelphia has helped 327 families transition out of homelessness and into a life of stability. The main goal of the program is to help [Read More]

When protesters upset over the closing of the M.H. Stanton Elementary School blocked the intersection of Broad Street and Lehigh Avenue they endured jeers and shouts from motorists inconvenienced by the demonstration. Police had blocked [Read More]