Bars and restaurants across Philadelphia prepared for a sea of additional customers this weekend as Pope Francis’ arrival brought thousands of pilgrims to the city— but one South Philly bar was born ready for the occasion.

Employees of The Pub on Passyunk East (also known as the P.O.P.E.) began preparing for Pope weekend more than four months ago under the direction of manager John Warner.

Warner said he knew this would be a good opportunity for the bar and their fitting acronym, but he credits the crowds of patrons to the press. After the pub was featured in local media, Warner said their weekly numbers doubled. 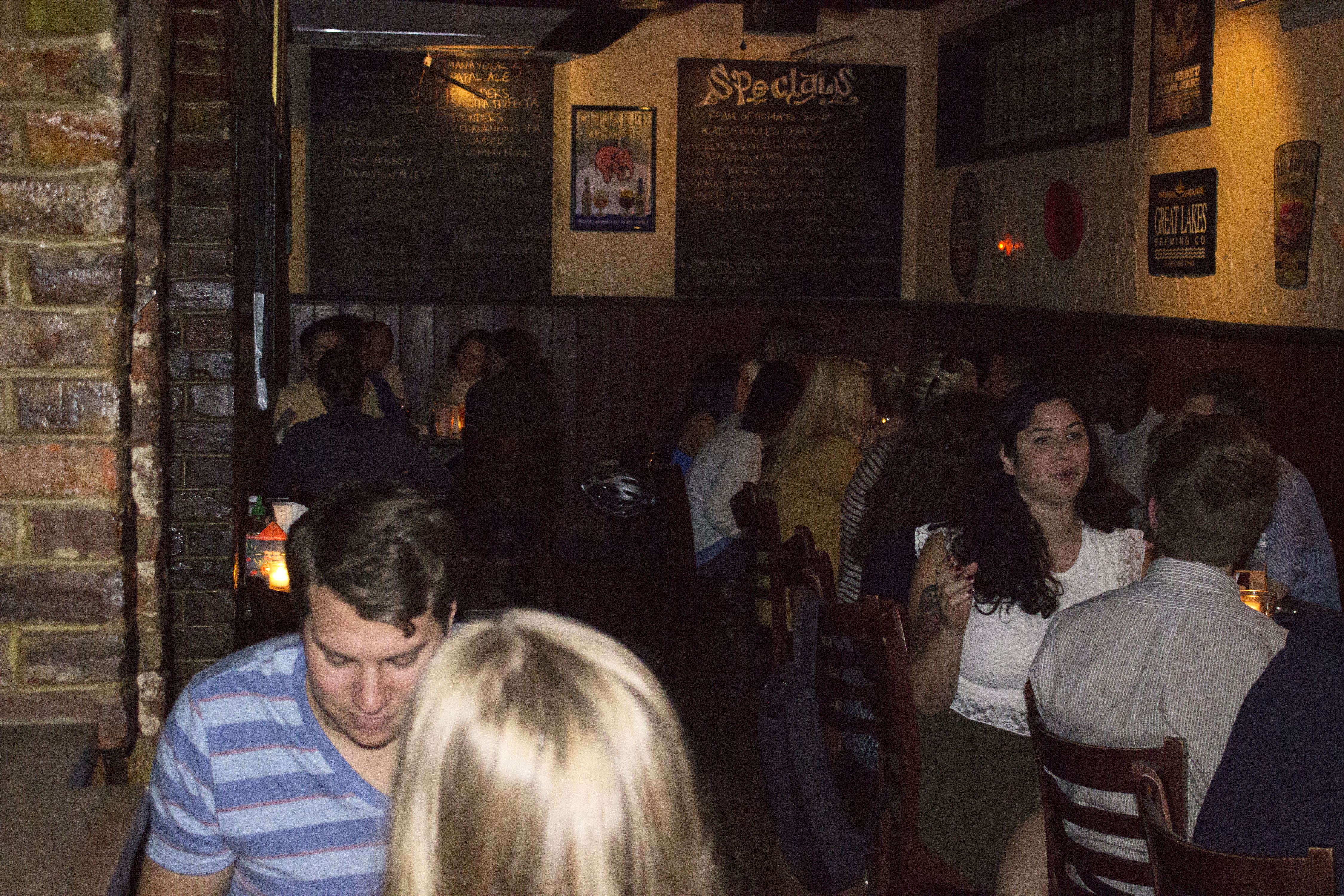 The pub was highlighted for its weekend street festival, a roped-off block party on the 1100 Block of Dickinson Street. Food trucks, live music and a selection of craft beers were offered from 11 a.m. through 5 p.m. this past Saturday and Sunday.

“You know, honestly, [we said] if a hundred people come out and hang out, that’s cool,” Warner said. “If 5,000 people come through… you know, we kind of had to expect the worst.”

Warner said he was more than ready for the hordes of people. While he didn’t know how many people would show up during the weekend, he knew he could rely on his employees to be there.

“Ninety-five percent of our staff lives within three blocks,” Warner said. “Pretty much everyone walks to work or rides their bike. I don’t think there’s anyone who’s not within walking distance. We’re ready.”

Bartender Alison Altman said she expected the festival to cater to the community and usual clientele more than anything else.

“I felt like the vibe was, ‘Hey, we’re all stuck in the same neighborhood so come over here and party,’” Altman said.

Altman said the craft beers were a big draw for pub visitors. The pub worked closely with Founders Brewery, Iron Hill Brewery and the Manayunk Brewing Company to create new drafts in honor of Pope Weekend. The biggest hit of the new collection was Philadelphia Brewing Company’s “Holy Wooder,” a Belgian triple style with 9 percent alcohol by volume.

“The Holy Wooder is super, super popular,” Altman said. “It drinks a little bit sweet so you’re not getting a super boozy vibe when you drink it. It’s actually a bit dangerous. People have really been taken off guard by that.” 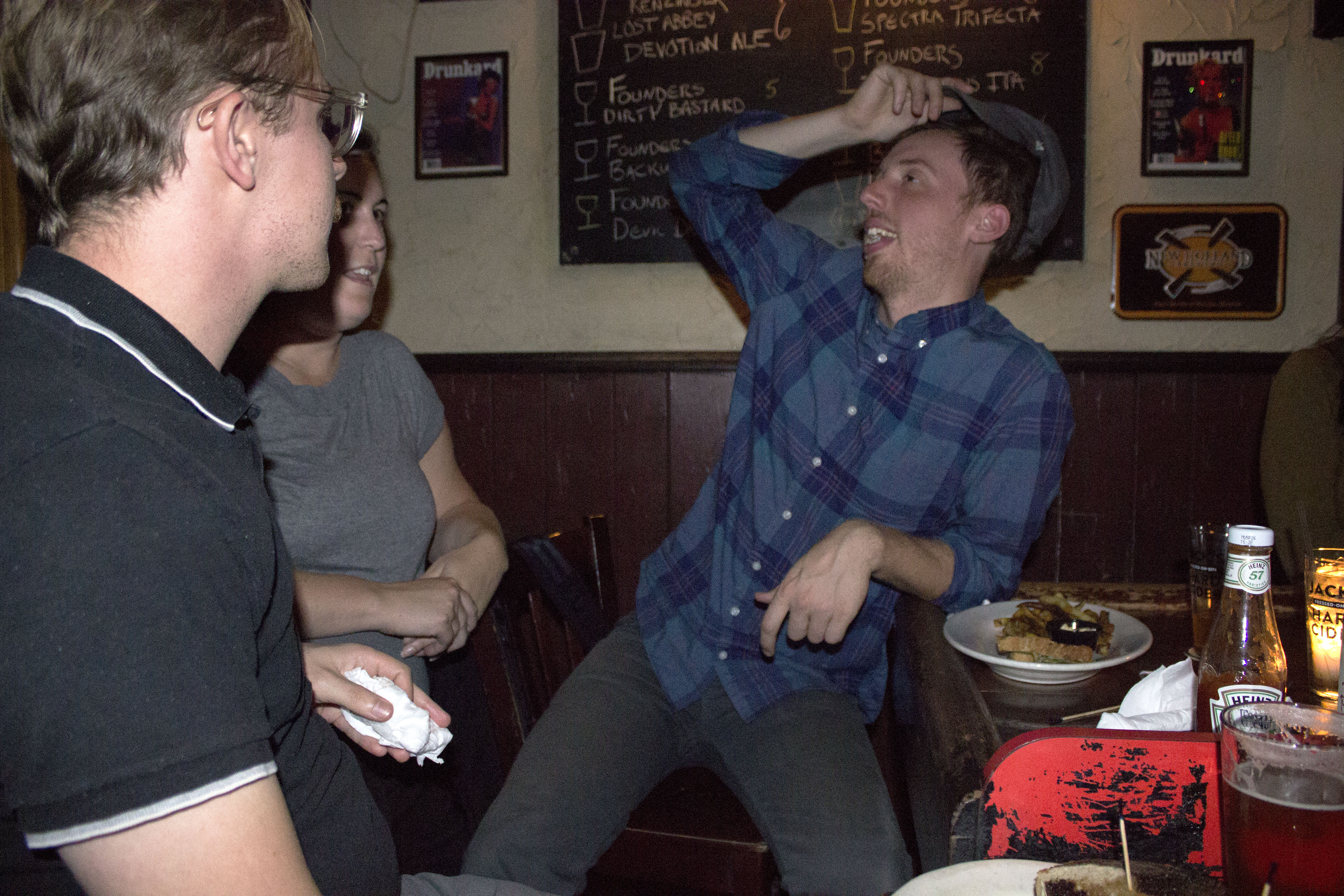 Patrons like Alex Gilbert (pictured above, right) were drawn to the local bar because of the special beer.

“I came to drink the Holy Wooder,” Gilbert said. “My buddy is a bartender. We live around here and it’ll be cool to come back and hang out. They’ve got a great name and a great thing going.”

South Philly residents Chris Vetrano and Heather Vaughan live around the block from the bar and expressed a similar sentiment.

“We’ve been bar hopping and going to all of the different Pope-related events,” Vetrano said. “The Holy Wooder is primarily the reason we’re here tonight.” 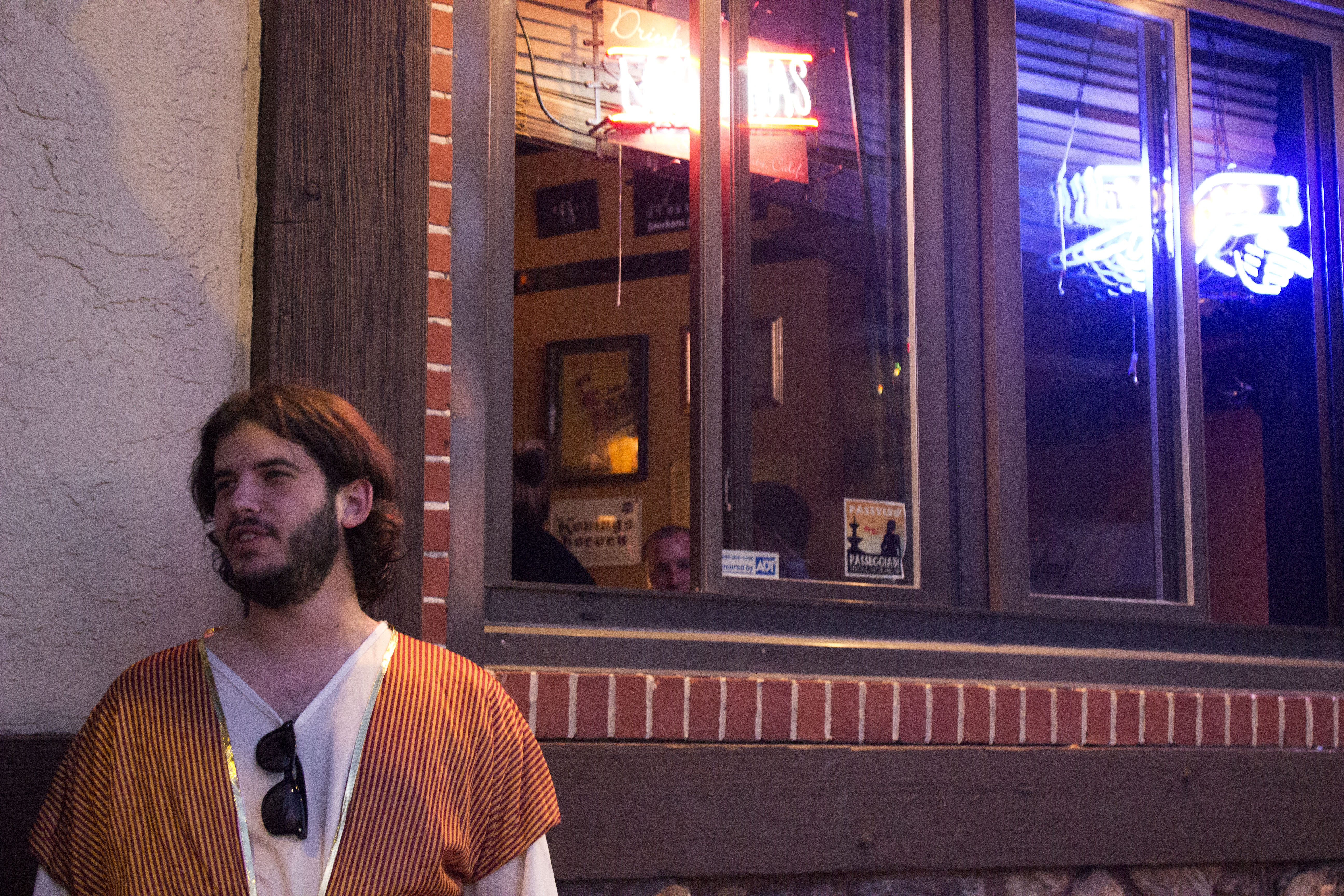 Founders employee Dave Goldstein (pictured above) dressed as Jesus, high-fiving patrons in the spirit of the event.

In the flurry of crowds and activity, Altman said the pub can handle pressure and the Pope weekend wasn’t any different.

“I worked here when we won the World Series. I’ve been here on New Year’s Eve and we’re ready for anything,” Altman said. “This is just one more awesome story under our belt— one more awesome, unique week that we all got through together.”

Point Breeze residents want to make sure that only the right changes are made to Wharton Square. The Philadelphia Water Department wants to make Wharton Square more eco-friendly as a part of the Green City, [continue reading…]

Rybread Cafe has plans to expand from its location at 2139 Fairmount Ave. “We didn’t want to expand originally, but we had to in order to provide more seating, a bigger kitchen and more catering,” [continue reading…]