Don’t call it a restaurant.

“I just don’t want people to think it’s a restaurant,” Jacobson explained somewhat testily after being asked when he first decided to open his “restaurant.” “‘Cause it’s not.” 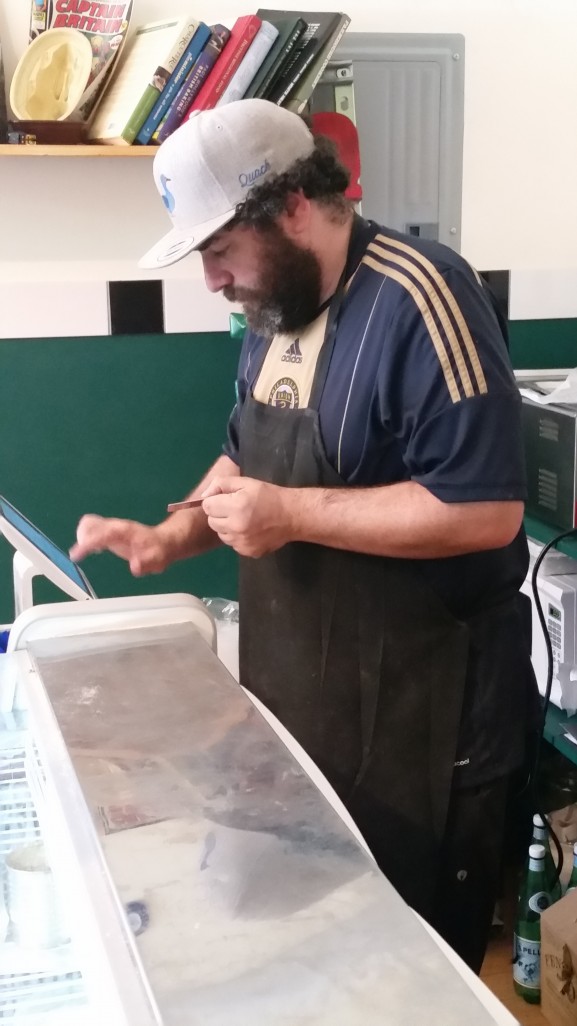 He was clearly a tad bit frustrated.

“I’m a little touchy this week,” Jacobson explained. “I had a journalist write some things and spent all day bugging me, asking me questions. I answered all of his questions and then he got everything wrong.”

Jacobson, a native of Norwich, England, who mostly grew up in London, has been experimenting with foods ever since he was young.

“As a teenager, I would take the bus home from school and I’d stop and pick up food for the family and cook for the family,” he said. “I just went from there, really.”

The first time Jacobson left London for Philly, it was originally just to explore. He had some family connections to the City of Brotherly Love and figured it would be a neat place to wander. Eventually, Jacobson retreated to London but then headed back to Philly 10 years ago. And he never left.

Behind the counter of the shop, located on East Passyunk Avenue between Mifflin and Sigel streets, Jacobson sports a scraggly, dark brown beard and a Philadelphia Union jersey covered by a black apron. He opened the shop about a month ago with much anticipation from neighbor Anthony Glassman, who owns South Philly Comics next door.

“We were talking to him when he had first rented the place and was spending months getting it ready,” Glassman said. “We were eagerly awaiting his opening.”

Now, Glassman is a regular customer. 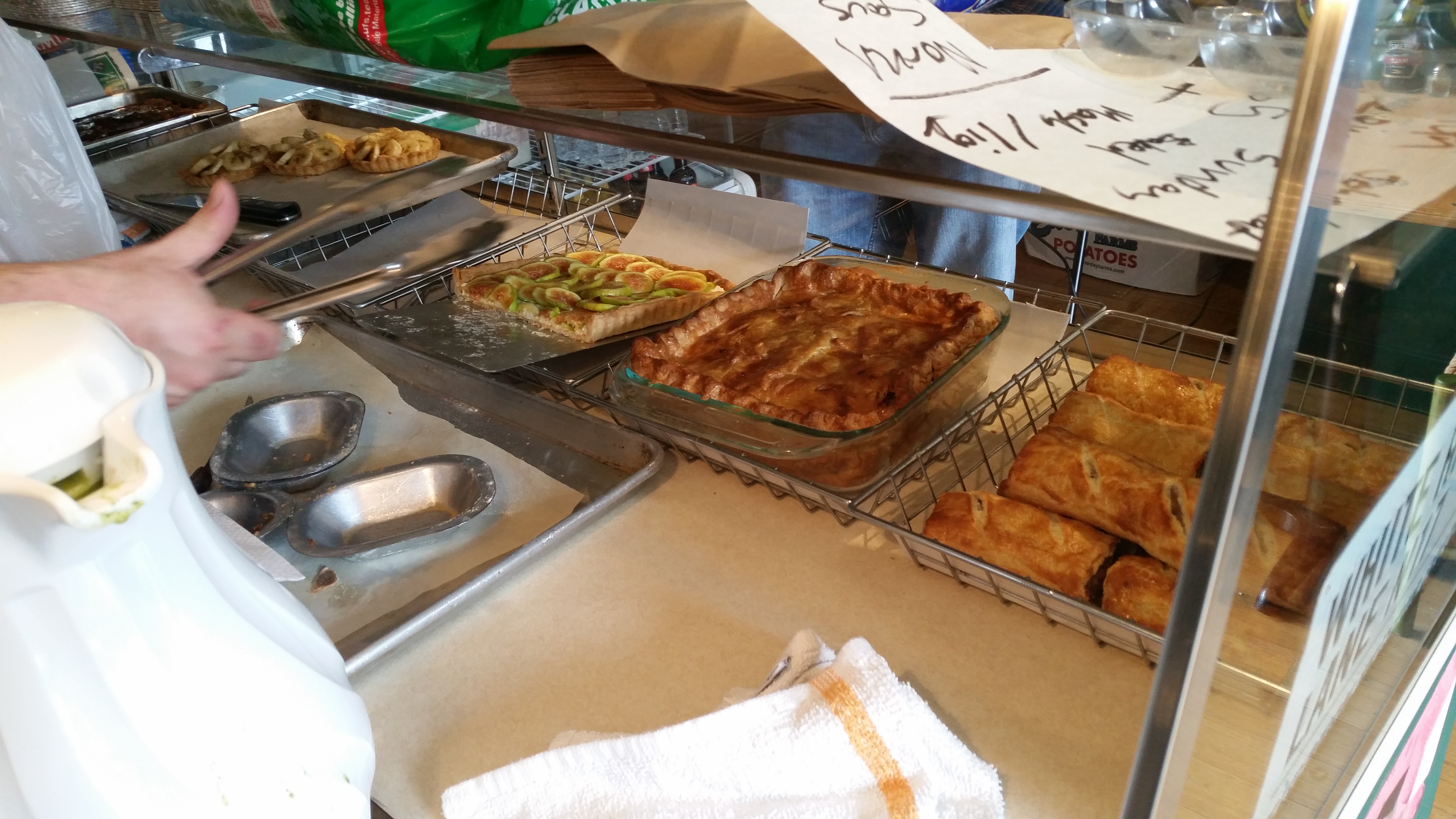 In addition, every day that Glassman’s business partner works, he “goes over [to Stargazy], gets his pie and mash, eats it up [at the comic store], then brings him back the empty dish and fork,” Glassman said.

The menu – which includes British specialties such as pie and mash, roasted mushroom and brie, and both jellied and stewed eels – is a hit with the locals.

“They’ve been a really great addition to the block and to the neighborhood,” said Sara Ann Kelly, a South Philly local and frequenter of Jacobson’s pie shop. 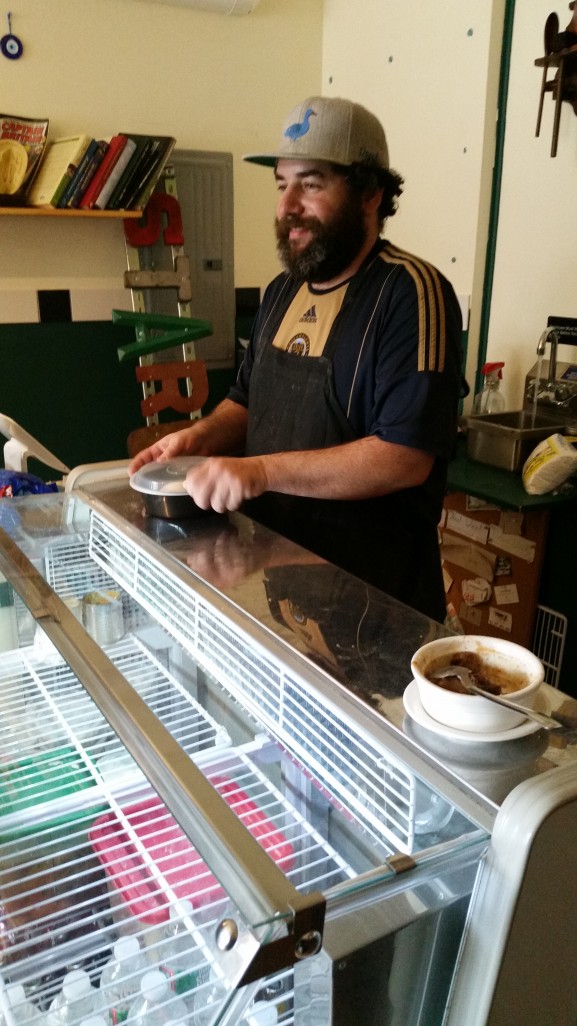 “My mother’s English, so I grew up eating the same type of food Sam offers here at Stargazy,” Kelly said. “So for me, it’s nice to be able to come grab a pie and mashed potatoes and [sauce] for dinner, and kind of similar to what my mom makes at home.”

Despite English comfort food being foreign to many Americans, you’d be hard-pressed to find somebody who’s given Stargazy a bad review.

“It’s comforting, delicious, super tasty, locally-sourced produce,” said Kelly. “I’m a vegetarian so I jump head first into all of his vegetarian pies, but a lot of my friends are really into his traditional beef pie. You really can’t go wrong. Everything here is delicious.”

“I’ve had close to a dozen varieties of his pies and then four or five other things he’s done, and the closest I came to disliking one was because it had broccoli rabe in it and broccoli rabe is yucky,” said Glassman. “Well, it’s squeaky and bitter.”

Josh Wurzbacher, a Stargazy patron who has a history of working at English gastropubs, called the food “great.”

“And he’s not just doing the same thing every day, he’s changing it up constantly,” Wurzbacher said. 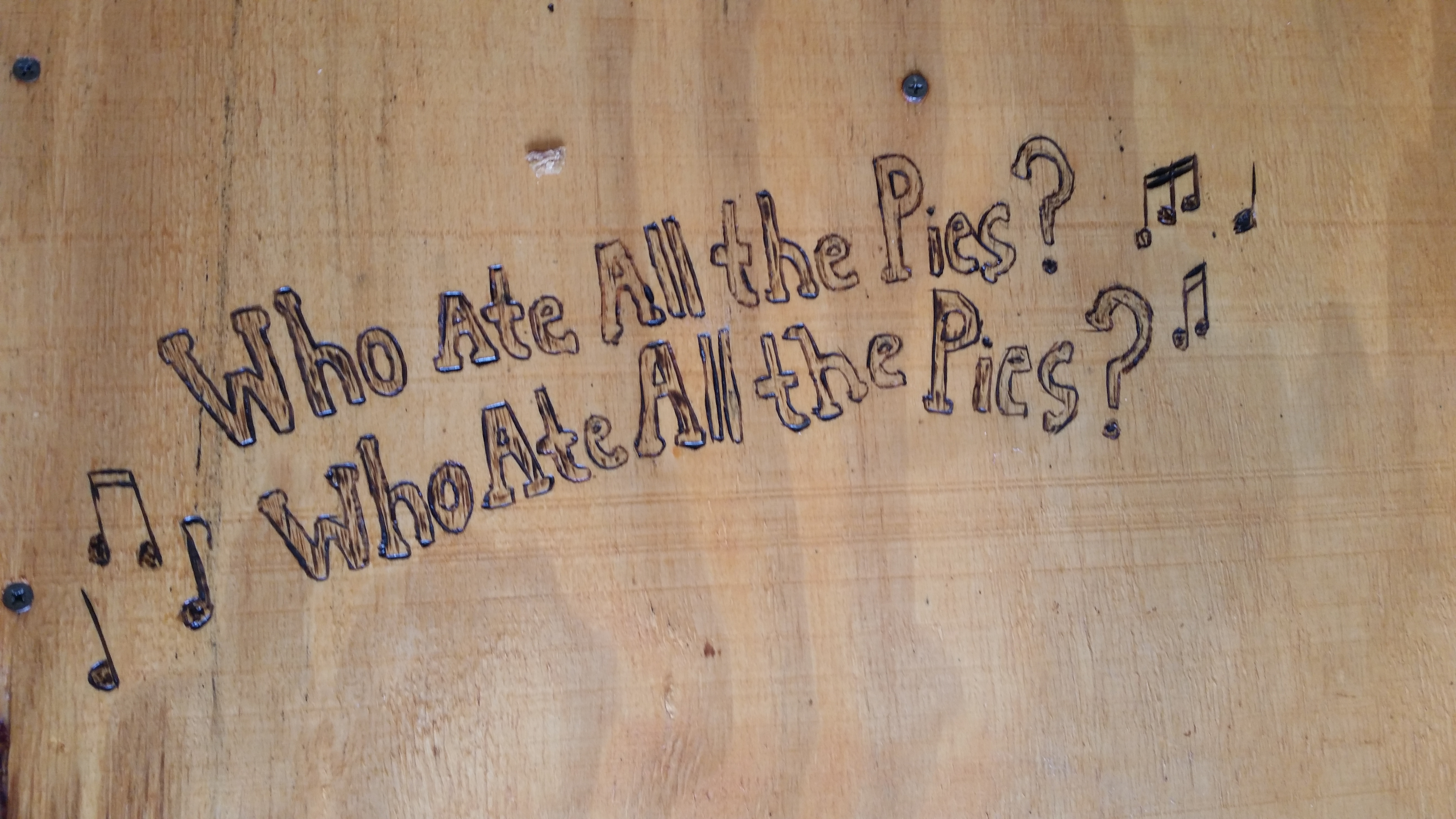 Jacobson feels that the well-known stereotype of English food is partially to blame.

“English food is not what you’ve heard it is,” he said. “English food is delicious, it’s hearty, it’s simple and nothing to be afraid of. It’s not so different from what you’re eating here.”

Jacobson explained his daily routine: “I’ll come in at around 7 o’clock usually, get some dough rolled out for the pies, start making some pies, get the water for tea, get the potatoes on for mash … because we have to be open by 11, because everything is made in-house every day.”

But the best daily activity?

– Text, images and video by Rachel Style and Tom Beck

Artist and teacher Ronald Kustrup hopes to combat violence with art in Point Breeze. The KIND Institute at 1242 Point Breeze Ave. will open to the public Saturday, Oct. 31. The Institute will celebrate its grand [continue reading…]

John Medica has been a recreation leader and facility supervisor at the East Passyunk Community Center for four years, since they first opened as a city-run community center. During his time here, he has seen [continue reading…]