Queen Village is known as a quaint residential neighborhood with new bars and restaurants. On Sixth Street, a thriving business exists that has been around since the beginning of the 20th century.

On a cloudy and windy Saturday afternoon, Vincent Talotta Jr., who is Italian-American and 50 years old, spoke about Goldstein’s men’s and boys’ clothing store, which was originally owned by a Jewish family in 1902.

His father, Vincent Talotta Sr., was raised in the Queen Village neighborhood and began working for the Goldstein’s store, which sold boys’ clothing at the time. The only other job Talotta Sr. had in his life was working as a bookkeeper for the United States Army.

“When my father bought the store in 1950, there weren’t a lot of stores in the area, but since then businesses have turned into houses or condos,” Talotta Jr. said. “Corner properties are now bars and restaurants.” 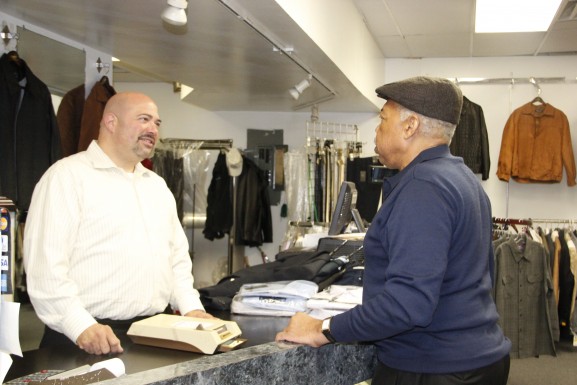 Talotta Jr. was born in the 1960s when Goldstein’s started selling men’s clothing in addition to boys’ clothing. In the 1970s, just like his father, he worked in the store when he was about 9 or 10 years old. He cleaned floors and eventually sold clothes. Talotta Jr. lived in the Queen Village neighborhood and said it was a bad area when he was a child. Talotta Jr. attended Temple University during the 1980s while working in the store. He wanted to obtain a bachelor’s degree for business administration but never finished. He admitted he would like to finish his degree if he had the time.

His 48-year-old younger brother, Anthony Talotta, recalled what it was like working in the store with his brother.

“A great experience. We learned a lot about business and family. It was a collective effort,” Anthony Talotta said. “You never really stop working in a family business, but I stopped about 15 years ago.”

He mentioned he is close to his brother the way Italians are close to family. He spoke fondly of his father.

Talotta Sr. contributed to local churches and other Queen Village organizations. Talotta Sr. semi-retired in 2006 and in 2012 passed away due to emphysema. It was a very sad time for Talotta Jr., who took full ownership of the store when his father passed away. He placed a large framed photo of his father in the store to honor his memory. 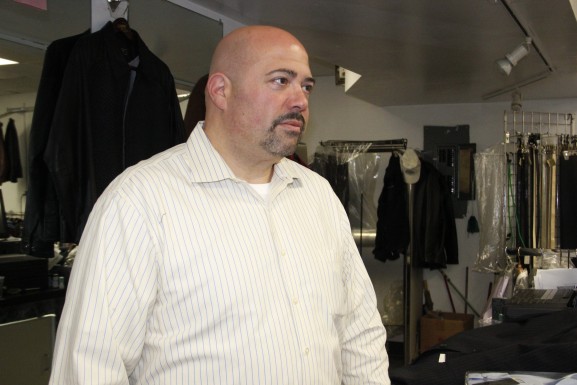 How does a men’s and boys’ clothing store remain in business for 113 years? Loyal customers keep coming back for generations. Stephanie Bullard, who was shopping with her grandsons, sat down as the boys tried on suits.

“My grandsons are the second generation shopping in this store,” Bullard said. 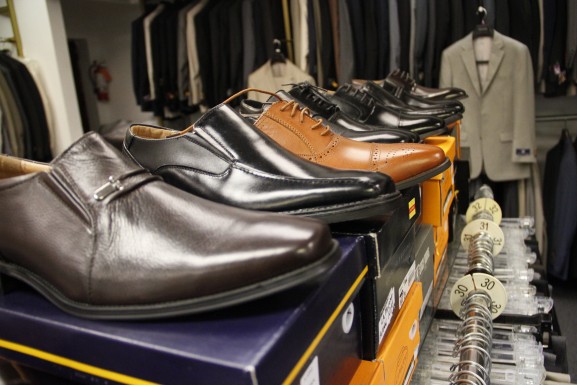 Talotta Jr. also helped Jackson Mason, 5, and Jonathan Mason, 9, find suits to wear for church. He spoke to their mother, Dionis Mason, as she sat in a comfortable chair while waiting for the boys as they tried on suits.

“My husband and father-in-law both shopped at Goldstein’s,” Mason said. “I live in North Jersey and drove about an hour-and-a-half to shop at Goldstein’s for my sons.”

“Her father-in-law shopped here since the ’60s,” Talotta Jr. said. “I knew him since I was a little kid. He was a reverend – Reverend Lee Mason – and he passed away.”

Some customers are new and intend to return, like Brian Keenan, who entered Goldstein’s to be fitted for a suit he bought for a wedding.

“In a wedding and this is where I’ve got to go. So far, real happy,” Keenan said.

Talotta Jr. thinks it is very important to keep up with fashion trends. 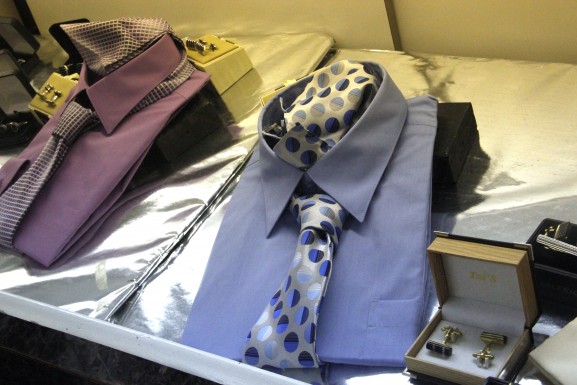 “We change with the neighborhood, with the styles. You constantly have to see what’s going on in the market and what people are buying,” Talotta Jr. said. “Years ago, we did a lot of suits, now it’s business casual. We change. Everybody wants a fresh look, so we’re fresh every season.”

The ability to adapt well to change will help Goldstein’s men’s and boys’ clothing store continue to thrive for many generations to come. Talotta Jr. lives with his wife of two years and is an uncle to Anthony Talotta’s three children.

– Text, photos and video by Danielle Nelson and Felicia Topsale

Before being diagnosed with Ehlers-Danlos Syndrome, Kelianne Murray believed she had a normal childhood.  She enjoyed running around in the park, climbing trees and hanging off of monkey bars in her hometown of Ewing, New [continue reading…]