In 2012 plans for a large, conglomerate project between the Children’s Hospital of Philadelphia and the City of Philadelphia started to take shape after the realization that the needs of city residents were outgrowing provided facilities.

Four years later that same conversation had amassed to the development of a tangible 94,000 square foot construction site seated conveniently above the Tasker-Morris subway stop in South Philadelphia. 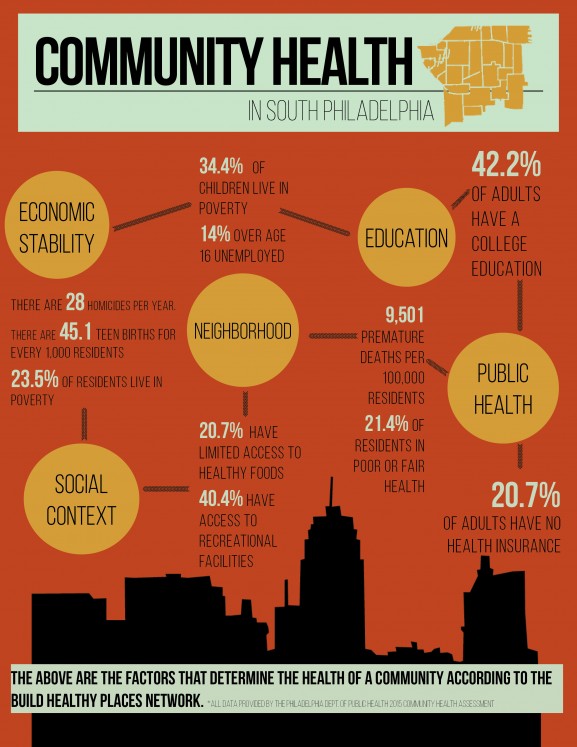 “It all began in a conversation between two of our leaders from both organizations,” said Amy Lambert, Senior Vice President of CHOP Care Network.

After completion the Community Health and Literacy Center will be three-stories high and cost an approximate $42.5 million funded by various donors and CHOP-City revenues.

Though CHOP and the City of Philadelphia are the primary stakeholders, each contributing millions to make the Center a reality, a strong sense of partnership is what has fueled its completion.

“One of the best parts has been the ability to partner with the other people in the building. I sit on what’s called the Shared Programming Committee and the four leaders from the different sites get together and talk about how we can do programming together,” said Steve Wilmot, Senior Director of South Philadelphia Care Network.

In an official groundbreaking ceremony held last September, it was revealed that CHOP, the City of Philadelphia and the Free Library of Philadelphia would come together in a “first-of-its-kind public-private collaboration” to significantly improve the access to health, education and recreation in South Philadelphia; a vision that Lambert said had been “all along very clear and easy to progress on.”

Outside there will be designated green space and a brand new playground. The Center’s spacious physical structure will be both energy-efficient and environmentally conscious; a concept highlighted in a rain garden that manages storm water and a possible silver LEED certification. 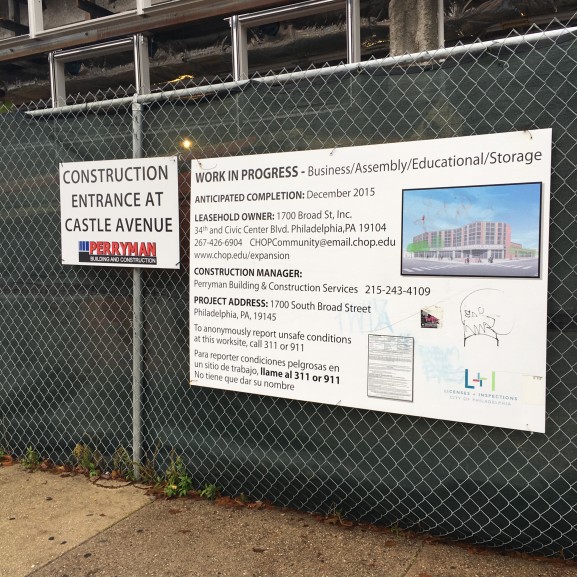 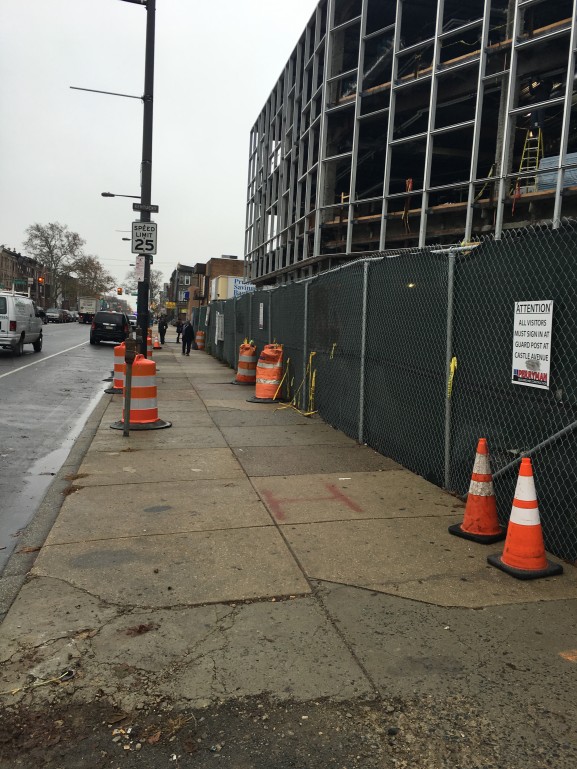 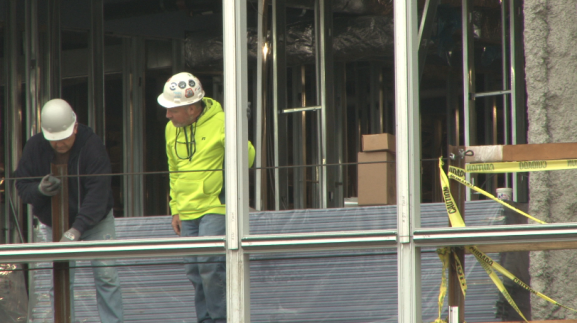 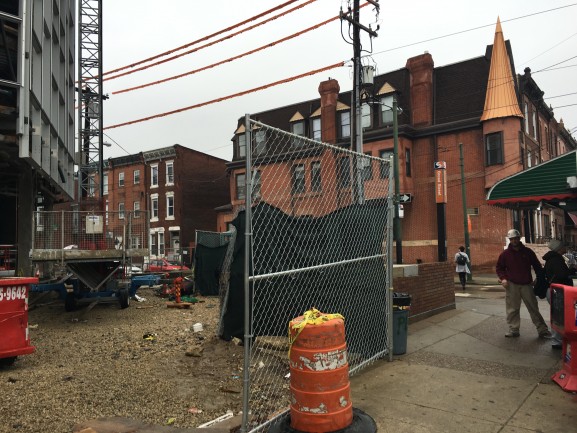 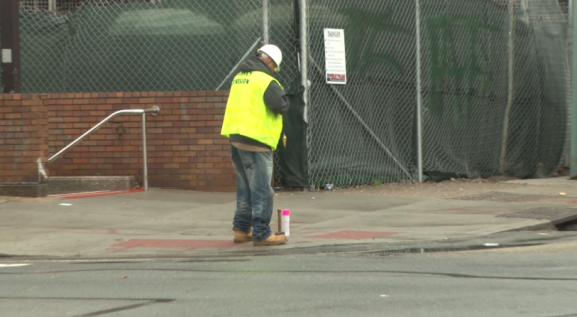 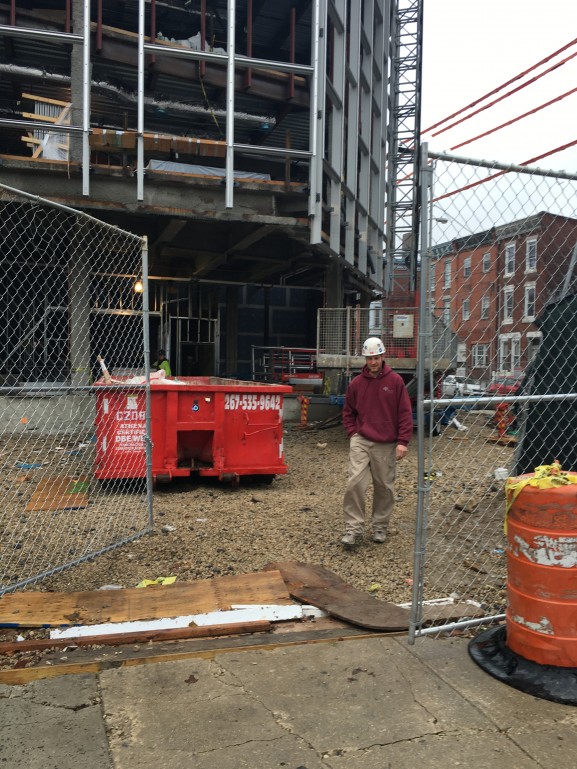 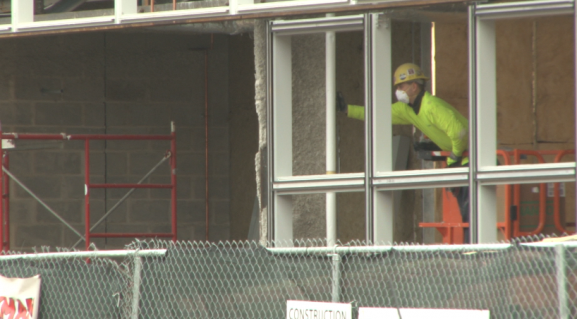 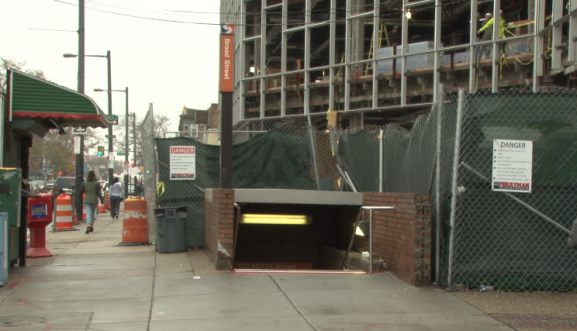 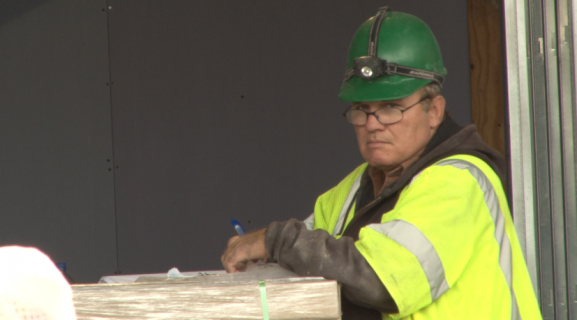 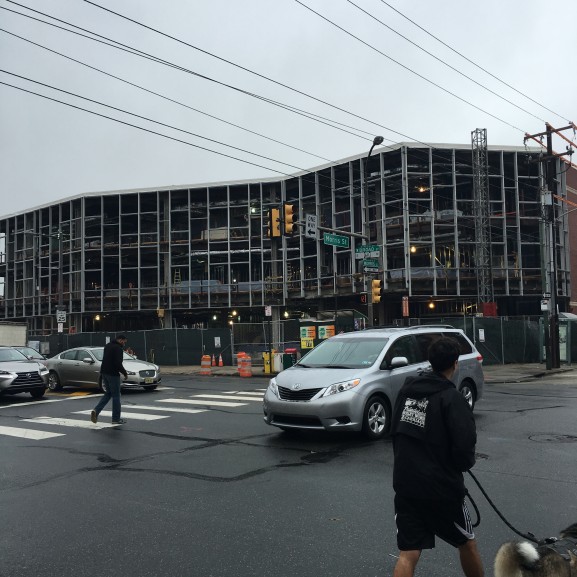 The key services that will be offered by each organization in the facility illustrate their shared aspiration of community advancement.

“Now, we’re putting together programs related to health, nutrition, literacy for children and adults and we’re working together to meet those needs,” said Wilmot.

Major programs at the Center will keep the initial objective of increasing health and literacy alive through togetherness. The CHOP clinic and Health Center will house computers and health literature in waiting areas.

Patients of both will be able to take physical activity suggestions to the recreation center to ensure proper execution. The library’s Consumer Health Resource Center will host ESL classes in coalition with the clinic and health center, as well as job search, resume and computer-training courses.

While the increasing immigrant population and general diversity of South Philadelphia were large factors to consider when molding the Center, leaders also attribute a number of their offerings to another important demographic—the children.

“Very core and key to our mission is we want to give back to the community, and give back to the betterment of the children. I think that having one central location for all of these facilities will be wonderful. The facility itself is spectacular,” Lambert said.

Once the Center is up and running the area’s youth will be able to enjoy outdoor reading circles and community movie nights in the designated green space. A 3-D printer provided by the library will aim to foster modern creativity. Courses specifically geared towards children and physical fitness programs at the recreation center will promote the idea of early health awareness.

Although minor construction setbacks pushed it behind an initially projected December 2015 completion, the Community Health and Literacy Center is moving forward with force; its opening set for only four months later in April 2016.

“It’s fun to see the building going up. You can see the steel and the walls. It’s very exciting,” said Lambert.

Excitement continues to grow as the spring date and fruition of the innovative partnership inch closer.

South Philadelphia will serve as a national example of a unique, citywide “health-hospital” venture but the idea of community is still at the heart of the leaders; a notion that Wilmot stressed. “It’s beautiful and it’s going to be bright and colorful. Our patients and families are going to be so excited to join us there,” he said. 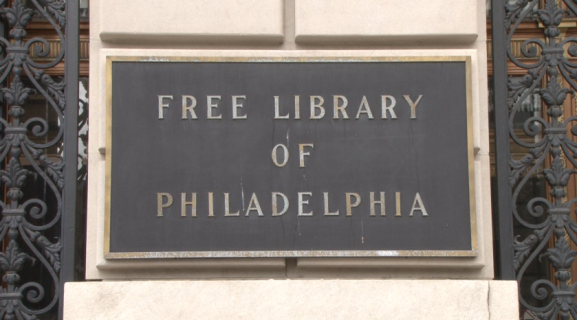 In 2000 the South Philadelphia branch of the Free Library system participated in a groundbreaking citywide campaign titled, “Changing Lives.” The original initiative provided a universal medium for Internet service; however, as time passed both the Free Library and community itself began to outgrow the original goals of the program and it was time for a change.

Now fifteen years later the Free Library is attempting to change lives once again—this time by completely revitalizing its presence in South Philadelphia to signal the future. A concept that they call the “21st Century Libraries Initiative” will come alive this spring through the opening of the Community Health and Literacy Center at Broad and Morris streets; the exact location where the old library branch had stood since 1965. 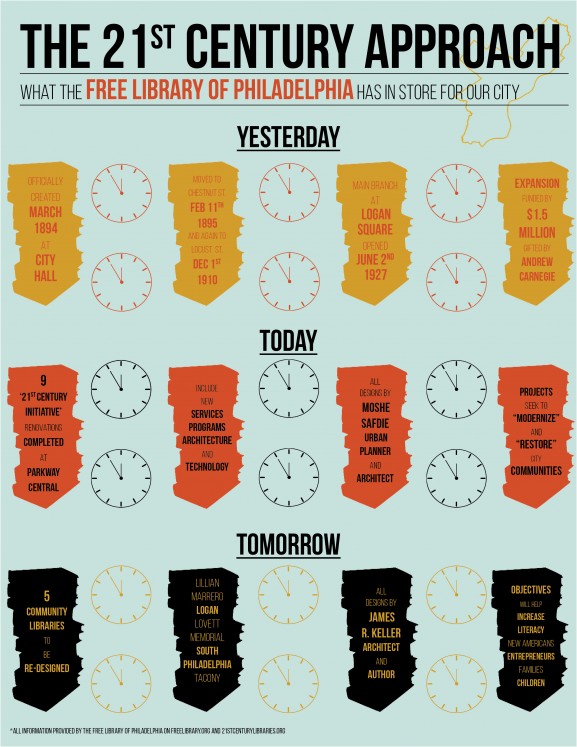 After a $25 million grant from the William Penn Foundation and a first-time partnership with the Children’s Hospital and City of Philadelphia, the Free Library is looking to address neighborhood issues with tomorrow in mind. It is an approach that Joe Benford, Project Director for the 21st Century Library Building Inspiration Project, summarized as helping the community hit important “educational milestones” as opposed to just centering on the “renovation of a building.” 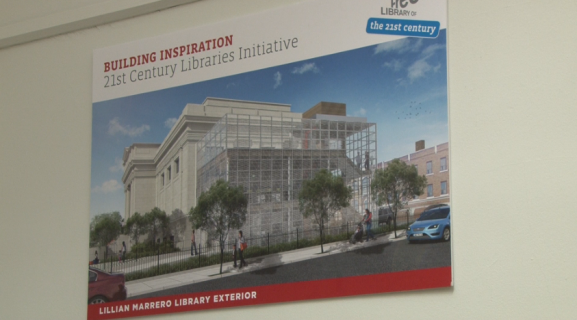 While the millennium simply provided computers, the brand new state-of-the-art facility will indeed lend much more to the area—including an obvious shift in appearance.

“I think that the design itself of this new library is really going to knock people’s socks off. So, I think that it will easily draw an extra 35,000 [people] a year, probably much more,” said Benford.

It doesn’t stop at the futuristic and aesthetically pleasing architecture. According to Tiffany Nardella, Special Projects Manager for the Free Library of Philadelphia, all of those involved have been meeting once a month to hone in on possible shared programs and to come up with answers to the problems that specifically plague residents.

Nardella said, “One of the things you typically see in South Philadelphia is that patrons would have to wait for two hours to use a computer. Now we will have this new lab and it’s really exciting because it provides us an opportunity to teach health information classes, resume writing and things of that nature.”

Offering technology in coalition with health education would positively affect any area but there is another important focus at the forefront of the Community Health and Literacy Center—the transitioning face of South Philadelphia. 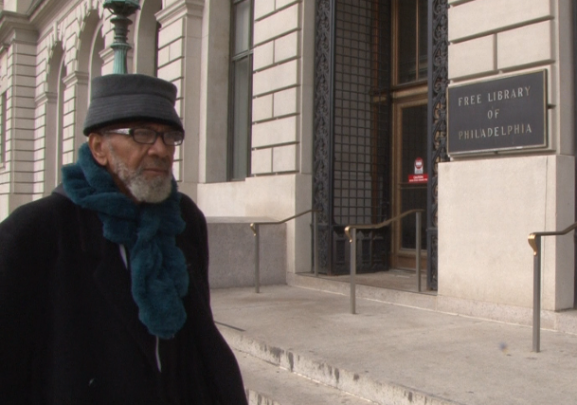 “The South Philadelphia branch was extremely busy. We were staffed in higher numbers, so I had to supervise more people and we had a really active after-school program and many, many more patrons spoke languages other than English. The community has a lot of wants and I think we’re really planning to meet all of them,” said Nardella.

In regards to what the Free Library will offer the increasing immigrant population of the neighborhood, Benford said, “We’ve already surveyed the community to elicit what types services and programs that they would like to see. We’ll have a specialist that’ll work out of the [Community Health and Literacy Center] library to assist and focus on new Americans.”

The reactions of the community, while mostly positive, have not come without concerns. “They didn’t want to be overwhelmed with the sound of construction. They didn’t want to have to worry about parking their cars,” said Nardella. This widespread concern furthered when there was a site flooding that pushed the completion date from early this month to April 2016.

Aside from the promotion of leading a healthy lifestyle and keeping education continual, there are a slew of small changes that the Free Library plans to make in the interest of convenience. One of the biggest being Sunday service so that citizens can keep engaged all week long. 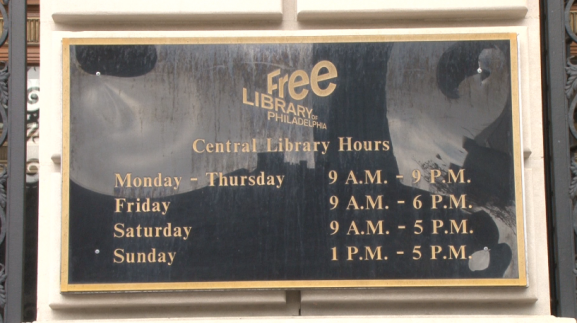 Its own ‘21st Century’ initiative might be an integral aspect of the Free Library’s involvement in the Community Health and Literacy Center but it is clear that their vision has been all-inclusive from the start.

“We know that we’re serving the same people. We know that the same community has a similar set of needs and that each entity can serve it in a different way,” said Nardella on working with the several players involved in the project.

As for the actual future the organization hopes to mold the idea of the modern library through vast expansion. Benford said, “We’re using this CHOP-City of Philadelphia Community Health and Literacy Center kind of as a model not only within the city, but also nationally.”

While South Philadelphia will be one of the first in the country to enjoy this one-of-a-kind project, the notion that a library can change lives, as exemplified in the Community Health and Literacy Center, will surely span well past city lines.

-All text, video, images and graphics by Jenna Meissner and Julianne Spingler.

The Victim/Witness Services of South Philadelphia is a non-profit organization that has offered free support and advocacy to victims and witnesses of crimes in South Philadelphia since its establishment in 1989. The advocates from the [continue reading…]

Some South Philadelphia residents look forward to having their own neighborhood-owned grocery store within the next year. Alison Fritz, a Passyunk Square resident, is the President of South Philly Food Co-op, a group of local [continue reading…]