Philadelphia has a reputation of honoring fallen war veterans from an array of different wars. Some of the more notable memorials consist of the, Doughboys World War One Memorial at 2nd and Spring Garden streets, the Philadelphia Vietnam Veterans Memorial located on Front Street between Spruce and Delancey streets and the African American War Memorial across the street from the Franklin Institute.

In 1955, another memorial was erected. The Tezzi-Reitz Veterans Memorial in Port Richmond is a special memorial to the surrounding neighborhood.

“The V.F.W. Post that erected it has been gone for more than 20 years and any member has since passed away,” said local resident Bill Mason. 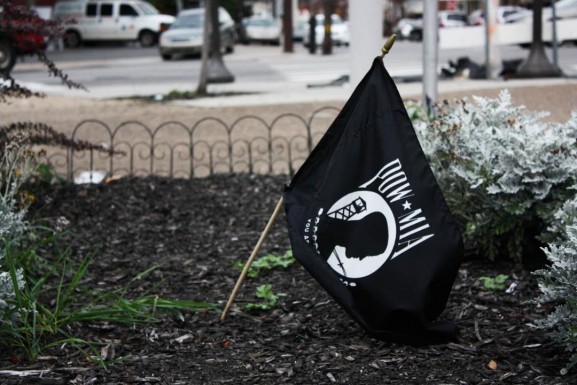 The small memorial pays tribute to the fallen heroes of V.F.W. Post 250. Since it was erected, many members have since past and the surrounding area became a trash bin for local litterers. There are monthly cleanups to ensure the area is as beautiful as it can be in an effort to pay respect to the ones lost.[acf field=”embed_code”]

Mason is one of many members in the community assisting in keeping the memorial up to snuff. Over the years, the group has planted trees and put in wood chips to better fill in the area. He is in charge of a Facebook group, “Friends of Tezzi-Reitz Vets Memorial,” which keeps the members involved and informed about progress with the memorial and the most recent cleanups. There will be one last cleanup at the site, before going on a hiatus until spring 2016.

Post 152 and the rest of the community do a great job of giving their support during these ceremonies.

“Memorial Day is when we do our ceremony,” said O’Brien. “My Post does most if not all ceremonies in the area. We also do Sept. 11 which just passed and are trying to get a Veteran’s Day ceremony set up if possible.” 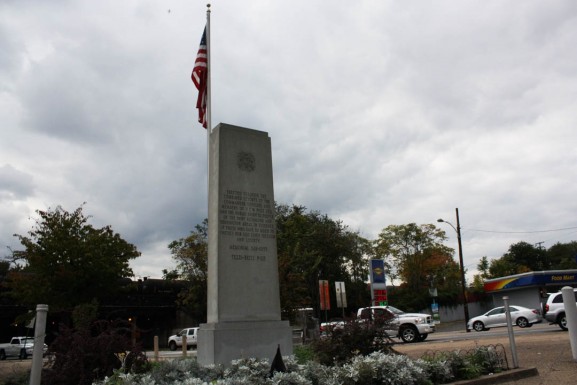 The next Memorial Day ceremony may be the last one at this site, though. Due to the lack of space, and the city wanting to utilize the area to the best of their ability, something else will replace the Tezzi-Reitz Veteran’s Memorial in the near future.

“Things are also pretty quiet for us because the Philadelphia Water Department is busy planning a rain garden installation at this location that will begin this time next year with an estimated completion date of spring 2017,” said Mason.

The Philadelphia Water Department has already met with the group and outlined the next steps in making the area into a rain garden. Some members are saddened to see this transformation but many of them are complying and understanding how the area will be better utilized.

“The entire center will be converted into the rain garden starting from the south side of the garden area around the memorial following the natural shape of the triangle,” said Mason on the group’s Facebook about the upcoming plans.

There are still plenty of kinks to work out before the implementation of the rain garden comes to fruition. PWD is working with Councilman Squilla and the community to find a way to incorporate a lighting system to honor the lives lost represented by the memorial. The River Wards District Draft Plan explains that the plan calls to “Redesign the Tezzi-Reitz Veterans Memorial Park and incorporate a bus shelter, storm water management, landscaping and interpretative signage.”

Mason, along with the rest of the community who help with cleanups, will continue to make sure that the lives and the Tezzi-Reitz Memorial, are not a forgotten one.

– Text and images by Michael Zahn.

https://vimeo.com/23096757] For some Philadelphia residents, Venice Island–a patch of land between the Manayunk Canal and the Schuylkill River—is a site for contentious debate. Since its official inception in 1889, Venice Island has challenged a community [Read More]

Ted Qualli is the executive director of the Philadelphia Police Athletic League, which provides youth in high-crime and low-income Philadelphia neighborhoods a safe place to go when not in school, as an alternative to the [Read More]