Al Lynch was born to be a horseman. Almost literally. He was born at a horse stable at 27th and Dauphin streets while his father was feeding horses.

Lynch developed his love of horses while growing up in Strawberry Mansion. His father had his own horses and would also utilize them for jobs such as hauling, selling fruits and delivering ice. After the jobs were done, Lynch would hang around the stables with his father and his father’s friends. Lynch considered them his mentors and before he knew it, he was thrust into mentoring other children. 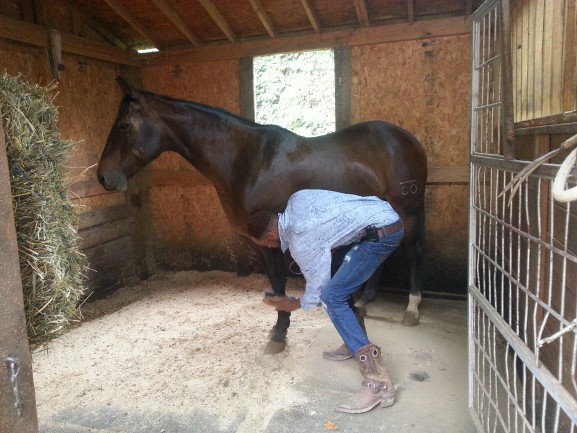 “With horses you learn responsibility from the beginning,” Lynch said in front of his stable. “You’re responsible for keeping them clean and making sure they eat on time.”

Lynch has been helping kids learn responsibility for 40 years now. He does so by teaching them how to clean, saddle, feed and ride horses.

Lynch works with the Strawberry Mansion Equestrian Center, formally located at 26th and Fletcher streets, and mentors children from ages seven to 16.

“In order to come work with me and ride along with my program, your grades had to adjust,” Lynch said with a wry smile. “So now we take these D’s and these F’s and they start to change. You had to show improvement.” 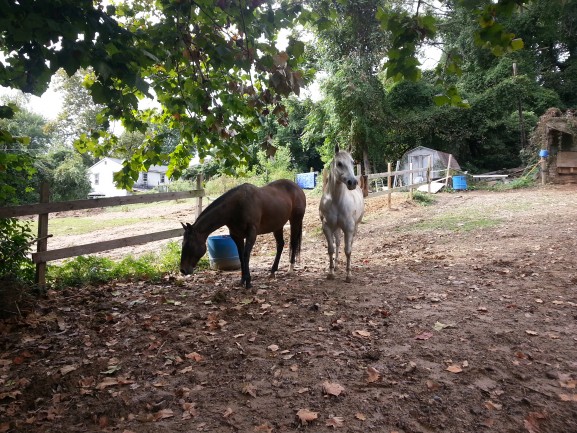 Lynch’s horses are now located in the Roxborough section of Philadelphia and Horsham, but he still brings them to 26th and Fletcher streets to work with kids in Strawberry Mansion.

At his stable in Roxborough, Lynch keeps two horses named Cookie and Classic. Cookie, a dark brown color, and Classic, a cream white, enjoyed themselves as Lynch began his daily chores. They ran to their trough when Lynch poured out wheelbarrows of hay. After that, he cleaned the stables by scooping feces into a wheelbarrow and changing their water buckets.

Lynch believes his humbleness and humility stems from how his mother raised him. Growing up, Lynch thought he was poverty-stricken because there was always someone living in his home. He thought they were always renting out a room, but in fact his mom paid for them to help out. She also owned a chain of seafood restaurants and his father worked for a construction company.

“I didn’t take into consideration the fact that we had horses, they had brand new cars every year, but she wanted us to be raised with normalcy,” Lynch said. “It worked because we learned how to actually struggle to keep what we liked in our lives.” 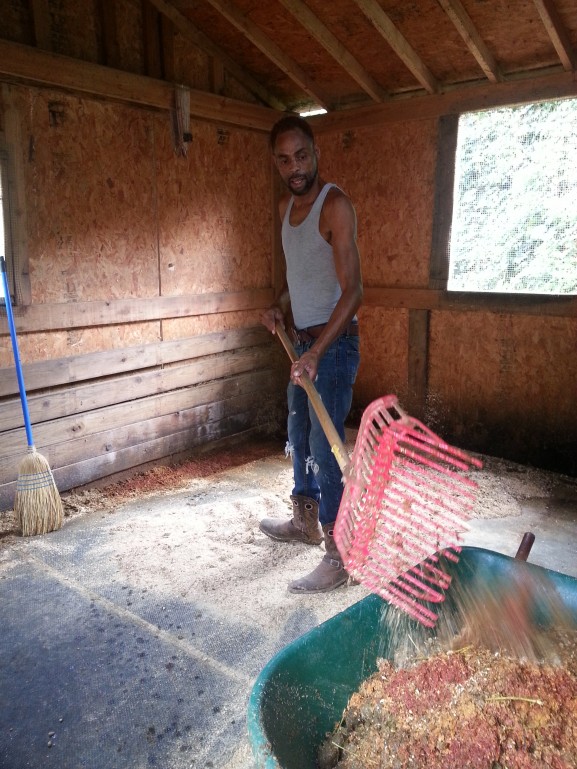 Sharon White knows firsthand what it’s like to work with Lynch. She used to work with the equestrian center however, never intended to become a big part of it. White would help Lynch with competitions where kids barrel raced and show jumped for judges.

“When you’ve got a young child who likes dancing, you’ve got to make sure they’re calm and collected before they go on stage,” White said during a phone interview. “It’s the same thing with children on horses. The only thing is horses are more dangerous.”

She would also take the kids riding on trails when Lynch wasn’t available. White also loved that the center kept a lot of children out of trouble because they were so invested in the program, especially over the summer time.

But no one has been more invested than Lynch.

“His passion is fantastic and he’s great with the kids,” White said.

Numerous times his former kids have come back and offered to buy him a horse or buy an outfit or saddle for his current students.

“It’s like mind blowing and it’s so rewarding when they come back to you as adults,” Lynch said. “I can look down and count more than a handful of kids that actually went off to college, that are successful, great parents, and responsible.” 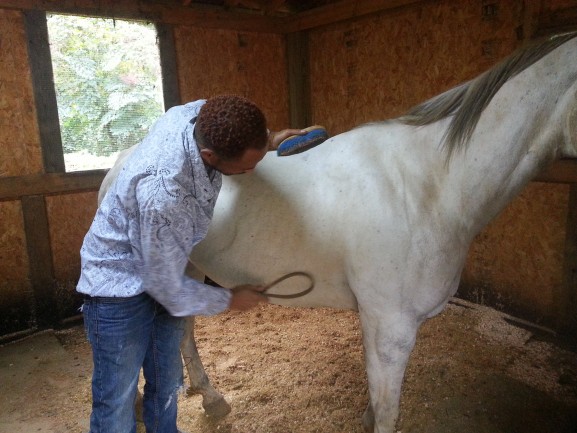 Lynch said his favorite part of riding is peace of mind and having his thoughts clear which is a sort of “yoga” for him. He gets to relax and have some one-on-one time.

Now in his 50s, the brakes don’t seem to be coming on any time soon for Lynch. He draws inspiration from a man named “Booty” who’s in his 80s and takes care of his own horses every day without any help. Lynch wants to work with his horses as long as he can.

Even if the kids that he’s worked with don’t continue to ride or move on to other activities, he knows that there’s always someone else out there.

“I knew that I passed it down through so many,” Lynch said. “There’s always a kid walking around in the inner city that’s willing to learn and that’s eager.”

-Text and images by Noe Garcia and Avory Brookins

Job seekers stood today outside of Strawberry Mansion Community Development Corp. holding resumes and cover letters. Their ages varied, but they all had one goal and that was to get a job. Some were dressed [continue reading…]