The Liberty Lands committee wakes up early many Saturday mornings not to drink coffee and relax but to plant trees, clean up trash and pull out weeds from more than 30 garden plots.

Liberty Lands sits along North 3rd Street in Northern Liberties, covering two acres of land. The existence and upkeep of this park is all due to the dedication and hard work of the Liberty Lands committee members, who don’t spend their Saturdays sleeping in but tending to a green sanctuary for their community.

It all began back in the mid 1990’s, when Northern Liberties was the only area in Philadelphia without a green space. After a housing project fell through for the then vacant area in 1995, the developer donated the land to the Northern Liberties Neighbors Association. Liberty Lands park was born with the help of a $59,000 grant from the Philadelphia Urban Resources Partnership. 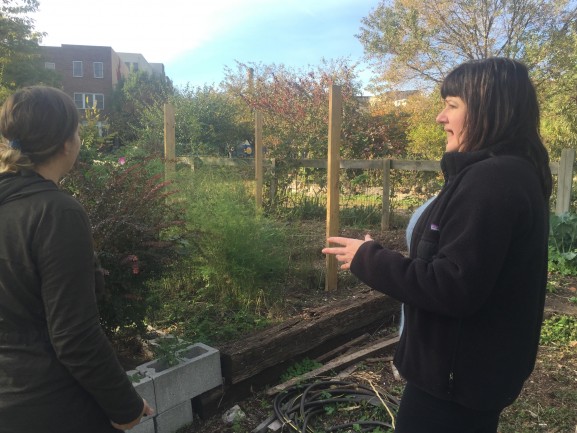 “People started gardening on the land and making it a park without really knowing what was going to happen,” explained park coordinator Jennifer Gold. “It was definitely a giant leap of faith. Over time, the city forgave the previous tax. That’s when we really felt that the park was ours.” 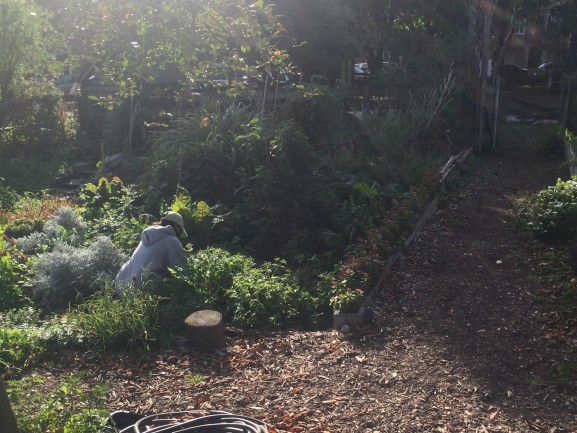 Liberty Lands is entirely operated by volunteers and, most importantly, the neighborhood residents. Without any help from the city, the NLNA manages the park and keeps it growing. Recent additions have included new benches, a drinking fountain, playground equipment, a new shed with a built-in porter potty and more garden plots.

More than 30 garden plots sit on one side of the park where people maintain individual spots with freedom to grow whatever they want. As you walk through the gardens there is something different at every corner. One plot is full of different flowers while the next one has small bell peppers. One of the gardeners posted stakes recently in order to begin growing grapes.

Liberty Lands serves the community by having a little slice of rural life in the middle of the city. It is a haven for residents, parents, children, pets and gardeners.

“It’s a quiet place that I can bring my dog and walk,” explained Northern Liberties resident Morgan Thomas. “The whole neighborhood gets better with the growth of the park. It really brings the community closer because it’s the community that puts the work into it.” 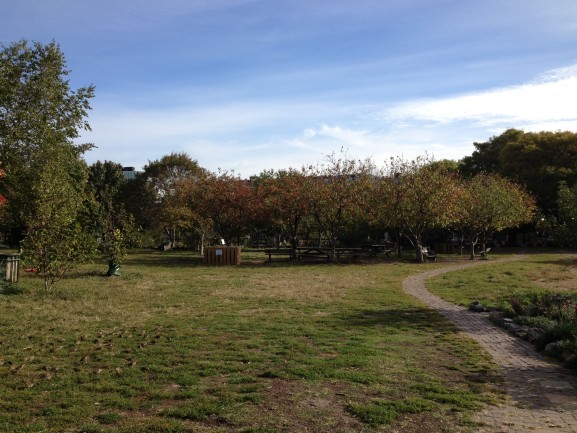 The Liberty Lands committee runs as a volunteer-based organization. They meet on the second Tuesday of every month for a park steering meeting and every Saturday morning for workdays. Liberty Lands relies heavily on donations and will really take anything they are given. They turn curb stops into benches and recycle any trash into making something new for the park. Many local artists have created signs as well as a huge mural. Gold expressed her happiness with an old piano that was given to them a few weeks ago.  Many visitors have stopped to play the piano as they strolled through the park.

The mission of Liberty Lands is to help revitalize the community, Gold said. They offer opportunities for anyone to get involved. The park holds events to welcome the community such as festivals, educational workshops, Halloween hayrides, garden tours and many other seasonal events. Gold said she wants to merge the community and park even closer together, while brining in new people that move to Northern Liberties. The committee wants to educate the community about the importance of green space and growing vegetables.

The committee works to enforce rules regarding pets, children and trash. Their numerous volunteers help reinforce these rules and keep Liberty Lands a safe environment for all its visitors.

“I bring my kids here all the time to play on the playground and walk around,” said neighborhood resident Ashley Garber. “For a place in the city, it’s a little secluded area where the kids can run around and be safe.”

Anyone looking to get involved or learn more about Liberty Lands committee or Liberty Lands Park is encouraged to stop by the NLNA Community Center every second Tuesday of the month or visit their website for more information.

– Text, images and video by Lauren Brown and Coleen O’Hara.

In a community riddled with drug and gun violence, “positivity” isn’t the most popular term when walking through the streets of Hunting Park. These five individuals are trying to change that.   Donavon Harrison is a [continue reading…]