State Rep. Donna Bullock was sworn in as the legislator for the 195th District in August after her predecessor, Rep. Michelle Brownlee, pleaded guilty to a conflict of interest charge and tendered her resignation.

“It’s a tale of two cities,” said Bullock’s chief of staff, Thomas Young. “On one side of Girard Avenue where Fairmount, Francisville and Spring Garden is, household income is more. Come in parts of upper North Philadelphia, it’s like income goes down, the unemployment rate over here is much higher than over there. Then in West Philly, you have a different group of people where it’s mostly college people over there. So you really have a tale of three cities.”

Bullock’s office hopes to bridge the divide among the communities and be a catalyst for change. In her first few months in office, the Democrat has started a number of initiatives from a diaper drive to a Saturday community cleanup on Ridge Avenue to a book drive for children.

Leaders of community organizations like the Brewerytown/Sharswood Neighborhood Action Committee (NAC) and Community Civic Association said Bullock has hit the ground running, but know that there are still many serious issues in the community that need to be addressed. 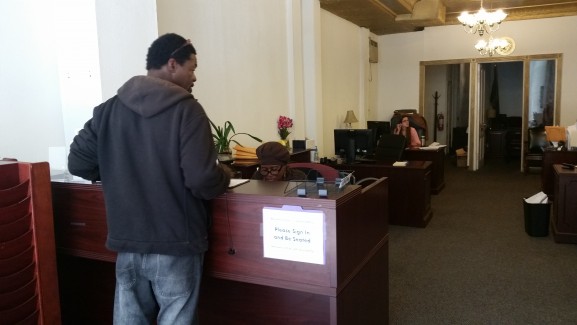 “We need someone to deal with the reconstruction of vacant properties and increase employment opportunities for the residents of the neighborhood,” said Darnetta Arce, director of the Brewerytown/Sharswood NAC.

Both community organizations expect education and housing to be major issues, due to the loss of many schools in the area and the redevelopment of the Blumberg Apartments.

“She’s always open to listening to people and hear their suggestions,” said McMichael. “I think she’ll be good for the community even though she’s only been in there a few weeks.” 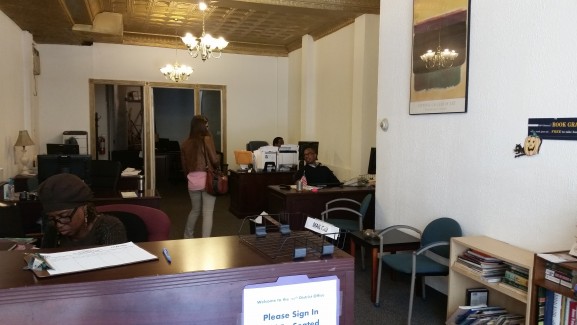 The Brewerytown Garden, located at 27th and Master streets, has become a staple in the community, bringing people together by welcoming them into the space, whether or not they have gardening experience. Nissa Eisenburg is [Read More]

Spruce Hill: Carol Jenkins Is Running for City Commissioner in the Primary Elections

The primary elections in Philadelphia are less than two months away. Spruce Hill’s Carol Jenkins filed 2,673 signatures and 85 petitions to have her name placed on the ballot for the May 19 election as a [Read More]