With a music teacher mother, an older sister who played the violin and an aunt who also attended the school, Erika Gray (above), a second-year viola student at the Curtis Institute of Music, decided it was only fitting for her to follow in her family’s footsteps.

Founded in 1924 by Mary-Louise Curtis Bok, the Curtis Institute of Music in Rittenhouse Square has remained a powerful force in the Philadelphia classical music community, recruiting some of the best young musicians in the world.

Today, the majority of the school is still housed in the original George W. Childs Drexel mansion and remains completely tuition-free, maintaining many of the traditional values it was founded on more than 90 years ago, including its difficult admissions process.

Stanford Thompson, a 2009 Curtis graduate, trumpet player and founder of Play On, Philly!, said he remembers the prestige surrounding the school after his older brother Eric’s acceptance.

“It was like getting into Curtis was like winning the Nobel Peace Prize,” Thompson said. “It was like I’d have to cure cancer to get accepted.”

With one of the lowest admissions rates in the country, the journey to acceptance at the college conservatory is extremely nerve-racking for some students who have dreamed of attending the school their entire lives.

Once accepted, what is expected of the musicians only gets more demanding. Time management is an essential skill to pick-up right away, Gray said.

The schedule is rigorous, with students balancing a full course-load, music practice and a busy performance schedule.

“We have a philosophy that the best way to learn to perform is to learn by doing,” said Jennifer Kallend, director of public relations and patron engagement for Curtis. “We have [students] performing in recitals quite a bit, we have them in orchestra rehearsals, in opera rehearsals… Really from morning to night, they are just packed with lessons or learning of some kind.”

Thompson said he still remembers a particular lesson with his Curtis trumpet teacher David Bilger. Thompson said he hadn’t practiced that week and was playing out of tune. He adjusted his tuning slide to alter the pitch.

“I start to touch the slide to move it and adjust it,” Thompson said. “And he looked at me and said, ‘Dude. It isn’t the slide.’”

“I’ll never forget that moment because I had to take ownership,” he continued. “It didn’t come out the way I wanted it to come out, but it’s not the instrument.”

One of the most important aspects of the Curtis experience is not only getting the opportunity to perform for an audience on a regular basis, but performing for or alongside world-famous musicians. 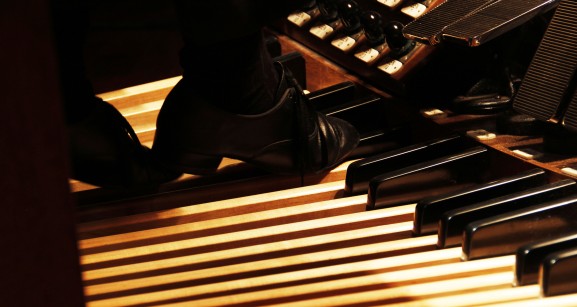 Matt Barker, the director of recitals and master classes for Curtis for the past eight years, is responsible for maintaining the schools hectic schedule, as well as bringing in professional musicians as guest performers.

“When people come to town they like to come work with us,” Barker said. “We send out requests and ask if they would like to come perform with our students, and 99 percent of the time they say, ‘Are you kidding? It would be an honor.’”

In addition to recruiting special performers, Barker said Curtis’ tradition of Wednesday tea is another opportunity for current students to mingle with notable alumni and serves as a way to keep the school’s intimate community connected, even after graduation.

“The funny thing about Curtis alumni is that a lot of them never really leave,” Barker said. “If someone is in town — they’re playing with the orchestra, or they’re in the orchestra or they live in Philadelphia — chances are they’re going to come to tea. It’s not like once you graduate you throw your hat up in the air and say ‘see ya.’ A lot of them really like to stay connected to Curtis.”

Though the school is steeped in tradition, Kallend said there is a delicate balance between preserving the history of Curtis and keeping up with changes in the music world.

“It’s no secret that it’s not that easy to get a job in an orchestra,” she said. “If you’re majoring in music, if you’re studying music, even if you’re the best performer in the world, when you graduate you’ll need to create your own career. You’ll need to think inventively and entrepreneurially about how to make a living as a musician.” 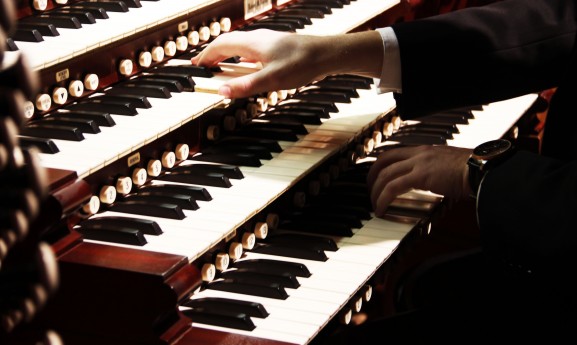 Kallend said the school tries to encourage that type of thinking through various programs like the social entrepreneurship class, which gets students to bring music out into the community, and the Artists Year Fellowship Program, which allows graduate students to commit a full year of service to the Philadelphia area, whether it be in schools or other public services.

The tight-knit, community-minded focus is something both students and faculty of Curtis said is one of the most important elements of the school’s continued success.

“The relationships people form here really seem like they’re life-long friendships,” Kallend said. “I see students forming these life-long friendships based in music but also based on the shared experience of being [at Curtis]. I think they all know just how lucky they are and they really appreciate it and carry it with them their whole life.”

“The friends that I made at Curtis are my best friends,” Thompson said. “They will always be my best friends because we went through so much together in this very building.”

– Text, images and video by Alexa Bricker and Jessica Smith.