Walking by the Prince Theater at 9 a.m. on a Sunday and you will wonder, “What are all those lights doing on so early?”

That’s because Freedom Church is preparing for their weekly Sunday morning worship at 9:30 a.m. Rather than a formal church building, this parish uses the performing arts theater for its service, along with its second service at 11 a.m. However, getting to this point was not an easy process. 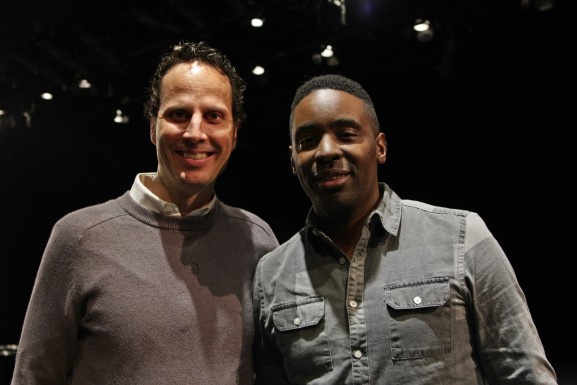 Lead pastor Gabriel Bouch (above, left) and worship leader Jeremy Moore (right), can both recall a time when the church did not have a location for regular practice. Though it was founded in 2003 by former Philadelphia Eagles Corey Simon and Paul Grasmanis, it was not until 2006 when the church obtained its first pastor. After moving around all of South Jersey, Freedom Church found its way to a movie theater in Philadelphia in 2007.

“At the movie theater, we were maybe at 100 on a really good Sunday in terms of people coming to church for one service,” said Moore. “Now we’re here at the Prince Theater, with an amazing staff and volunteer teams, which outnumbers what our church used to be in total number.” 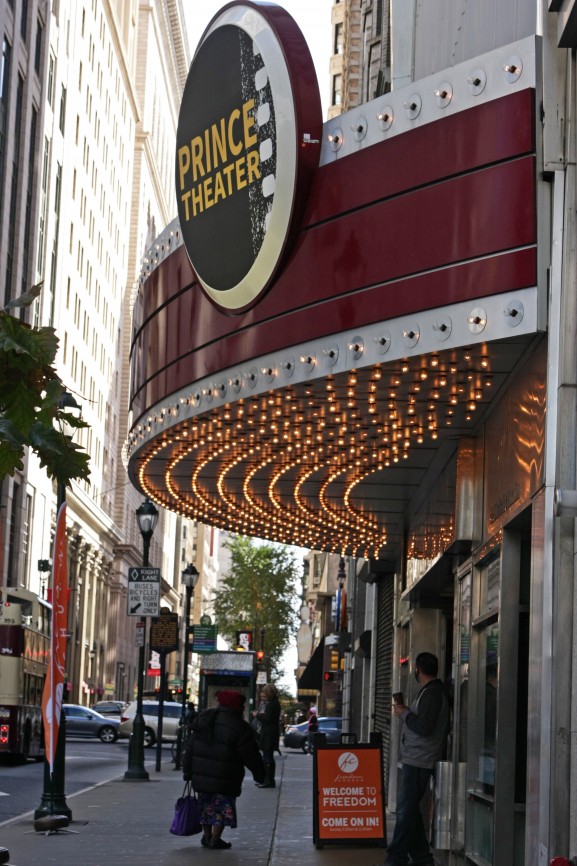 “I remember our first service at the Prince Theater and we filled out about a third of the theater,” said Bouch. “Now, we regularly fill a majority of the seats in two services, so it’s really exciting.”

The lead pastor also mentioned that he noticed the church growing by about 30 or 40 percent every year.

“I’m not an expert in the areas of church growth but that’s a pretty good rate,” he said.

Freedom Church grew and continues to grow rapidly but the ethnical diversity and young demographic at the church has stayed the same.

“There’s a level of diversity at Freedom Church that you really get to be apart of that you don’t get to experience in a lot of other churches,” said Moore. “It’s still a lot of young adults and college students…but it’s really hard to see which [ethnic] demographic makes up the majority.”

Moore mentioned how important the integration is to him, and how he feels a sense of community at Freedom Church. Lorae Bonamy, parishioner and leader of the campus ministry at Temple University, recognized that same feeling of comfort that makes her return every Sunday.

“I think Freedom Church does a very good job at making people feel loved,” said Lorae. “And I think that’s a huge part of our call as Christians.”

South Philly: Five Places to Satisfy Any Meal of the Day

South Philly hosts a number of good eateries that are worth trying out, and the further south you, go the more food gems you’ll find. Whether you’re trying to get some breakfast, lunch, dinner, or [continue reading…]