While basketball is not a major contact sport, aggressiveness and toughness are certainly important traits. Nazeer Bostick possesses both of these and has used them to become a leader on one of the top high school basketball teams in the state.

“He’s very aggressive, always wants the ball and wants to run up and down the court,” said Chris McNesby, head coach of the Roman Catholic High School basketball team.

Bostick is a scrappy 6’4” shooting guard from South Philly. He likens himself to Russell Westbrook and while not flashy — his jump shot is suspect — he uses an aggressive mindset to get the job done like Westbrook. Bostick’s style of play is representative of the area he comes from.

“My toughness definitely comes from growing up in South Philly,” Bostick said. “Growing up you see a lot of rough things that really bring the toughness out in you.” 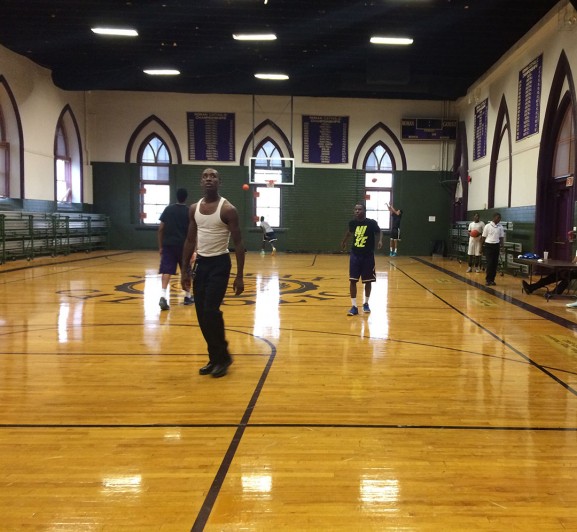 Many people still feel Bostick has a lot of room to grow, partly because he is a late bloomer.

He played for two years at Mathematics, Civics and Sciences Charter School before transferring to Roman for his junior year.

His decision to transfer was based on how Roman could help him on and off the basketball court.

“Coach Chris and a couple of people from South Philly played for Roman,” Bostick said. “My dad felt like it was the best place for me. There aren’t too many distractions and I can stay focused in the classroom.”

Making the change from a public school to a private school can be tough but Bostick has done fine so far in the eyes of Roman Athletic Director Daniel DiBerardinis.

“He’s been a huge asset on and off the court ever since he got here,” DiBerardinis said.

As the two of them banter back and forth on the court before workouts begin, DiBerardinis remarks on how he has gotten to know Bostick well and notes the changes he has seen in his game.

“Our league is a little more structured than a public league,” says DiBerardinis. “At first, he had a lot of bad habits and would foul a lot, but by the end of the year he had come full circle.”

Once again the theme of hard work and aggressiveness with Bostick stuck out most to DiBerardinis.

“My favorite thing about him is he works hard every single day and competes all the time,” he said.

Working hard does not end once the season ends. For Bostick the offseason is just as important.

“I put in a lot time of time this past offseason in the weight room, in an attempt to get stronger,” Bostick said.

The jump shot is another area of Bostick’s game that is not quite polished.

“In high school you don’t have to be a great jump shooter because there is no shot clock, but in college its much more important,” McNesby said.

Bostick came to his coaches and discussed his intention to improve his shot. So far he has made good on his intentions.

“I’ve worked hard on my jump shot everyday in the gym and I think it’s improved pretty quickly,” he added.

Bostick’s improvement garnered him attention from several colleges. He will attend Penn State University next year with his fellow Roman backcourt mate Tony Carr. Carr is a top 40 prospect in the country and someone Bostick has a lot of chemistry with.

“They push each other in practice all the time,” said Tom Salamon, an assistant coach. “When we have scrimmages, we like to put the two of them on opposite teams so they have to guard each other.”

The duo will look to further their success at a place Bostick feels fits them well.

“I chose Penn State because they seem like a very down to earth coaching staff and they truly care about their players,” Bostick said. “I feel as if we can turn Penn State around.”

However, the main focus is on this year and defending the state championship they won last season.

“Certainly with Tony and Nazeer being together again and having a group of guys with good chemistry, we feel that we can continue to get better,” McNesby said. 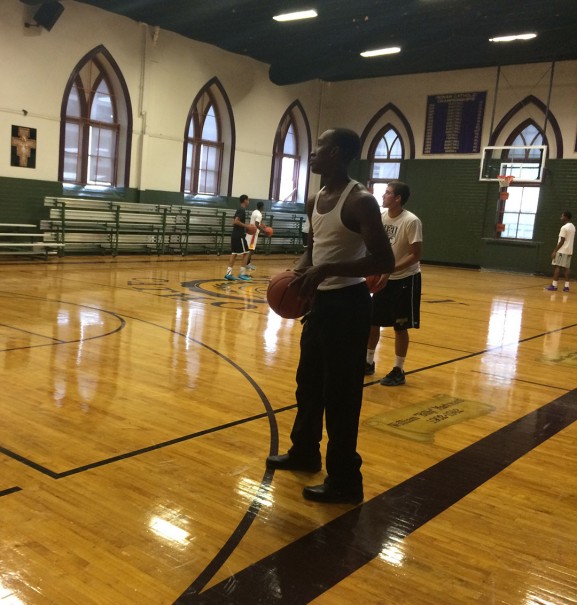 There are plenty of options in the city for a kid to participate in recreational sports. For adults who want to continue playing their favorite sports despite being older, there aren’t as many choices. One [continue reading…]

Regarded as one of the best high school basketball leagues in the country, the Philadelphia Catholic League presents some of the toughest competition anywhere. But for those old enough to remember the glory days of [continue reading…]