Despite taking her turn as a backup singer for artists such as Celine Dion and Michael Bolton, Dorina Morrow demurs when asked to sing in the middle of her office.

Morrow, the vocal director at the Philadelphia High School for the Creative and Performing Arts (CAPA) in South Philadelphia, is more excited to hear her students perform.

At CAPA for 17 years, Morrow has focused all of her attention on nurturing the upcoming generation of musicians and artists to love music the way she does. 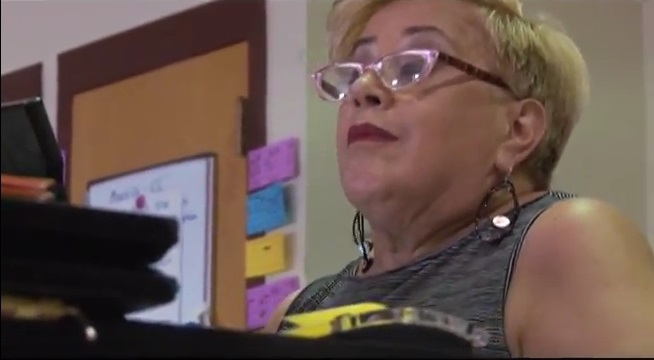 Hailing from an immigrant background, Morrow’s immediate family didn’t take to music the way she did but they always encouraged her love of singing as an artistic outlet. Her voice, a strong mezzo soprano, evolved as she listened to all kinds of music growing up. Never one to pigeonhole herself, Morrow helped her family grow their record collection to span genres.

Her journey to CAPA was a winding road of success, lending her voice to recording artists such as Michael Bolton and Celine Dion. Morrow, who is entrenched in the local classical music and church choir scenes,  was the mezzo soprano soloist at Bala Cynwyd Methodist Church, Chestnut Hill Presbyterian Church and St. Paul’s Lutheran Church. She has also had the opportunity to sing with the Delaware Symphony Orchestra, Northeast Symphony, the Scranton Choral Guild, The Hazleton Oratorio Society and the Reading Orchestra. 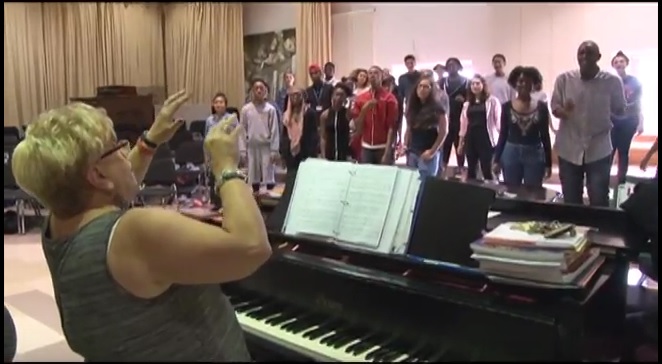 Morrow currently sings with her local church and synagogue to keep her performing voice limber.

“I find that keeping up my own performing makes me a better teacher,” Morrow said.

Morrow instills that same mentality in her students. She encourages them to perform as much as they can and tries to expose them to various opportunities. 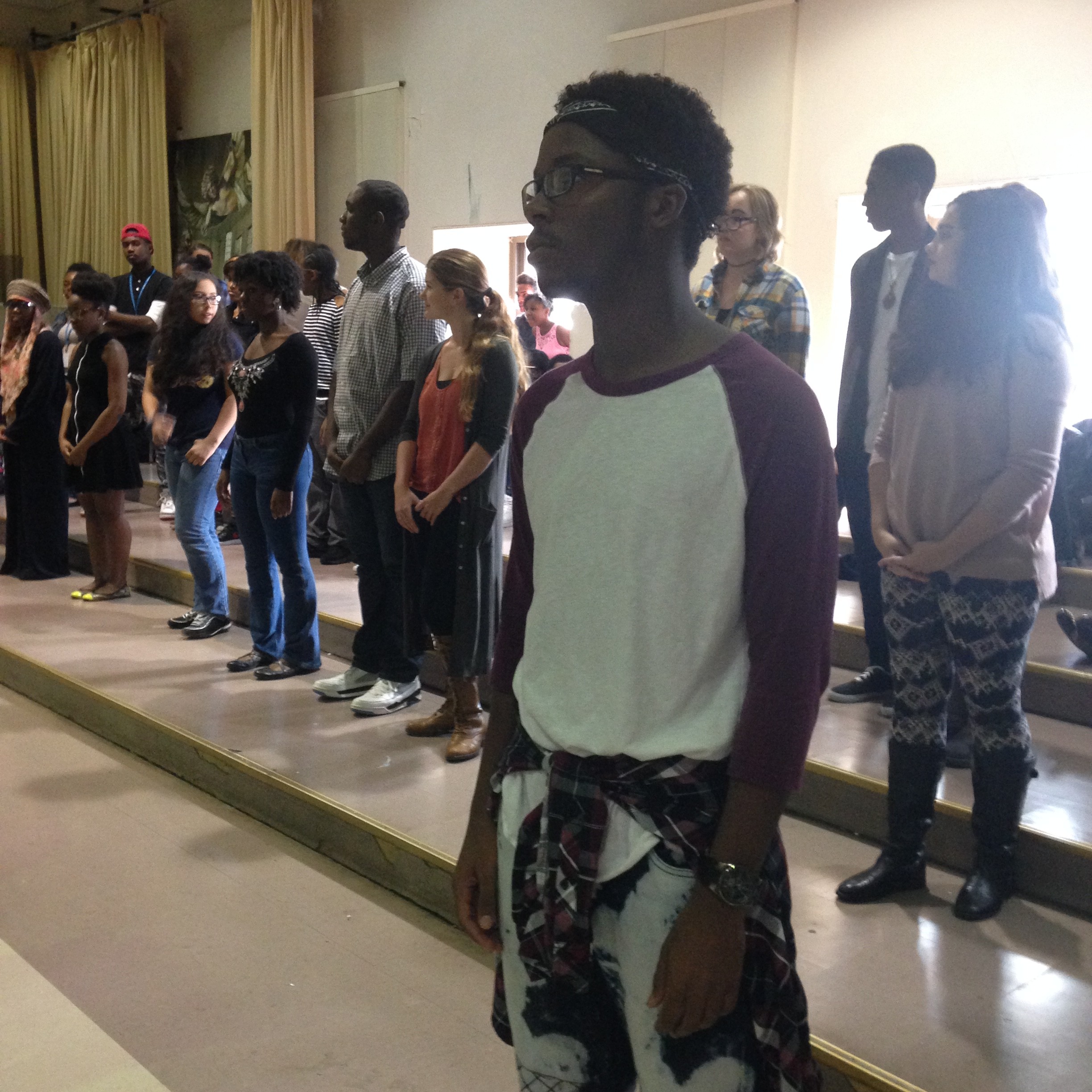 For Morrow, total immersion in music is what keeps her motivated.

“Everything about music inspires me!,” Morrow said. “It may be the timbre or technique of the singer or the genius of the composition or the sentiment of the lyrics. Music is a natural meeting ground that allows people to connect, to shed their shields and be genuinely human.”

Morrow said music saved her life and shaped who she is today as a teacher, a person and an artist. Turning her passion outward, she sought out a space where she could help others discover the music she holds dear.

Morrow used her skills in choral direction to lead the School District of Philadelphia’s All-City Ensemble chorus at its send-off concert for its director in March 2014. Teaching at a school that graduated The Roots, Jazmine Sullivan, Boys II Men and others, Morrow values the opportunity to work with students whose passion is so well-cultivated.

“Some of these kids have professional experience,” Morrow said. “They even have managers. But if recording isn’t for them, I want them to keep music in their lives.”

Keeping music in their lives is the struggle Morrow faces every day. Budget cuts throughout the School District of Philadelphia resulted in several arts programs being removed or whittled down in kindergarten through 12th grades. Running a high deficit, the District left many students without music education in their primary years of schooling. Some students, Morrow said, have had training in music theory, voice and composition—some have even been given the opportunity to work with professionals—while others have had to look harder for musical guidance. Maneuvering and teaching the varying levels is a welcome challenge for Morrow as she works to grow the number of young people interested in music.

“Many students simply don’t have music—or any arts—in their schools,” Morrow said. “But it’s so much a part of who they are. They’d be half a human being [without it.] 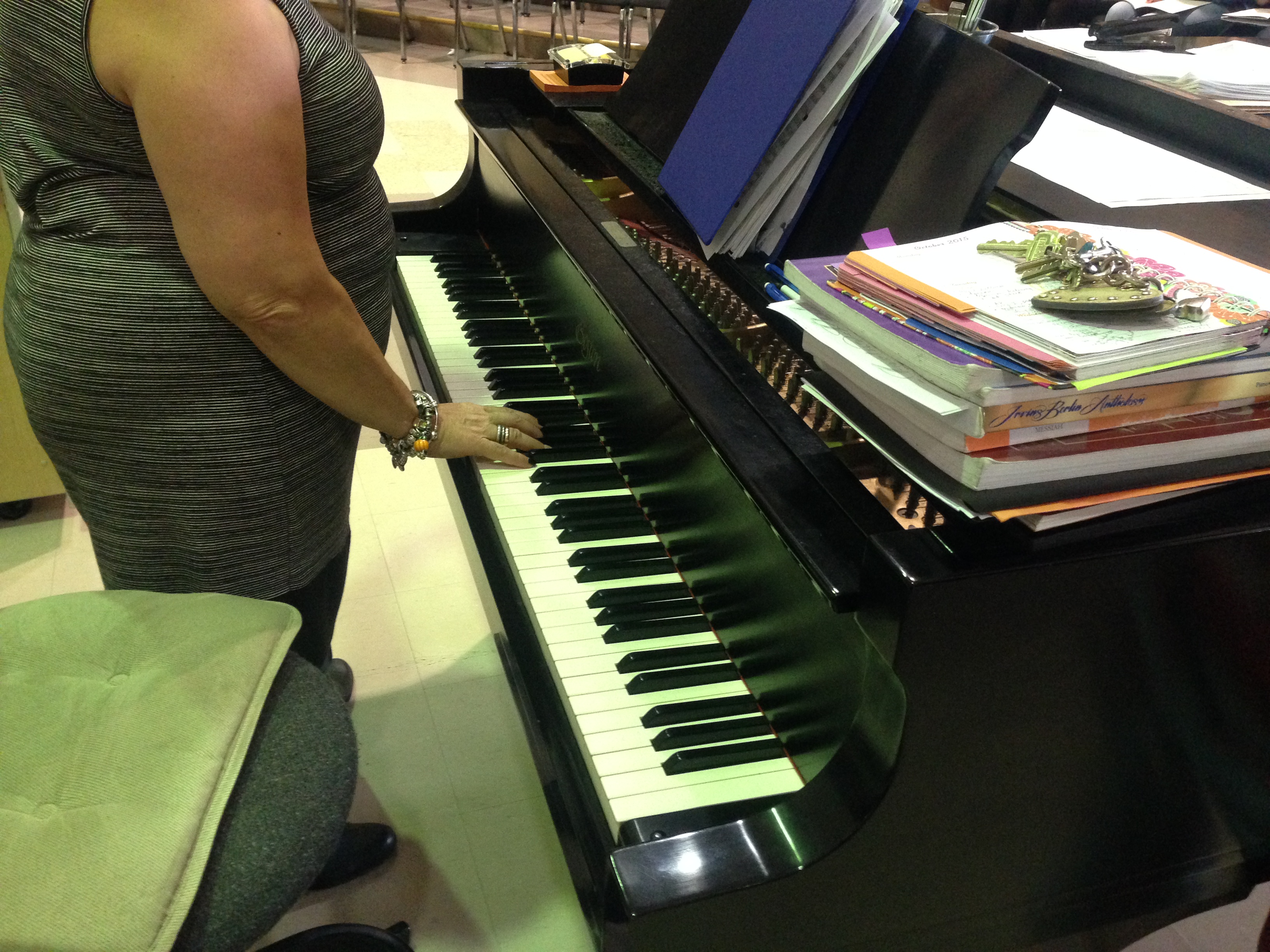 After 40 years of teaching, Morrow’s legacy is most tangible in her students. Several of them banded together to create a fan page for her on Facebook. They’ve kept it updated with calls for donors to keep CAPA’s choir funded, posted candid photos of Morrow during concerts, musicals and choir rehearsal, as well as appealed online to get her nominated for the Grammys in the Schools award for Best Music Educator.

Glancing back into the packed choir room on his way to rehearsal with Morrow, Shafiq Hicks, a featured vocalist, said his time with Morrow has helped his voice to grow.

“She makes you a better musician,” Hicks said.

Education: Schools Teeter on the Brink of Financial Crisis

Philadelphia has had a big year. It’s welcomed the pope, honored the Dalai Lama and was named a World Heritage site by UNESCO. But behind the scenes is a building crisis: its schools are failing. [Read More]

Max Ochester, owner of Brewerytown Beats at 27th Street and Girard Avenue, moved to Brewerytown in 2010, a few years before it became the “up-and-coming” neighborhood that it is now. In late 2014, Ochester’s developer friends [Read More]