As the temperatures dropped, local gardeners came out in droves to clean up their community garden before hanging up their racks, hoses, pruners and shovels for the season.

One of the gardeners, Tom Hardenbergh, harvested from his plot Vietnamese lemongrass, which can be used for tea, infusions, vinegar and cooking, he said.

“When my wife gets it, she will break it into three different packages and then she will also be able to freeze it. That way, she will have it available all year long,” Hardenbergh said. “We will also take the ones with roots on it and plant a small piece in a pot and put it in the skylight in the house over the winter, and in the spring it will grow into a large size. Then I will come to the garden and plant it again.” 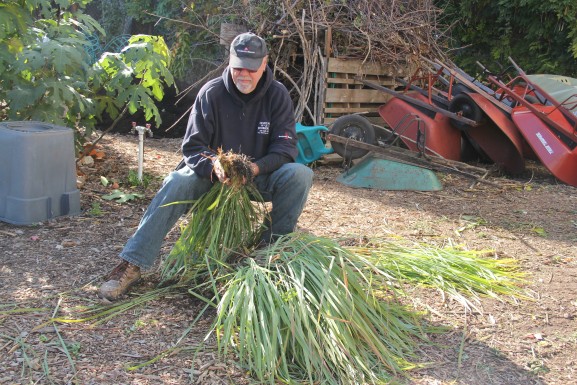 There are 63 plots in the garden, two of which are used by City Harvest. City Harvest cultivates produce to distribute to local food banks across the city. The program distributes over 50,000 pounds produce per year.

The other 61 plots are used by families but also individuals. While many of the residents have their own plots, Hardenbergh said they all share some of their produce and ideas on how to best grow and cook their herbs, fruits and vegetables.

Yet the gardeners not only share ideas among themselves, but also with the public. The gardeners are in the process of putting together a cookbook on some of the gardeners’ favorite recipes.

The plots vary in size. The average plots are about 10 feet by 15 feet, said John Venture, the chairman of the Southwark Queen Village Garden.

Gardeners were not the only ones preparing for winter. Carolyn Scott, the bee keeper of the garden, said the bees also brace themselves for the upcoming winter. Scott said the bee season starts in March, when the bees begin to make honey.

Scott, along with others, begins to extract some of the honey from the beehive in July to jar it for sale, but leaves some for the bees.

“We know how much to leave them based on experience,” Scott said. “They have all of August and September to build up a good supply of honey for the winter.”

Gardeners also spend much of their time cleaning along the fences surrounding the garden, and waterproofing and staining the gazebo, which often host different events during the summer.

Venture said he, alongside the Neighborhood Gardens Trust, an organization that oversees several community gardens, ensures that green spaces across the city are preserved and will be ready for the spring. 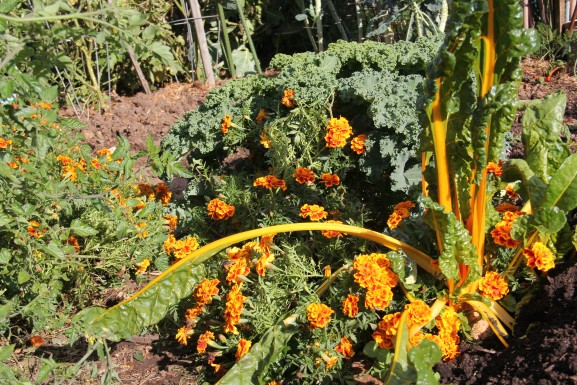 Venture said they work in concert with the Philadelphia Water Department, which provides the water for the garden. During the winter time, they have to turn off the water. But before the winter, he said, a plumber goes to the garden to “blow the system out.”

“We basically shut the water off coming into the garden and they force air through the pipes so there is no water sitting in the pipes during the winter,” Venture said. “It’s only [plastic pipe] that is beneath the ground; it is not that deep, so we want to make sure the pipes don’t freeze and crack over the winter due to ice.”

Venture also said there will be an arborist going to the garden to trim the trees and take out the stump of a cherry tree the gardeners took down.

One of the other things gardeners spend their time on during the cleanup is cleaning the compost toilet. Similar to a porta-potty, a compost toilet is at the garden and gardeners use compost from the garden to flush and reduce the scent of the toilet.

After months of growing and reaping their own produce, the Southwark Queen Village Community Garden gardeners put their garden to rest for the year. Now they look forward to next year.

Danielle S. Nelson
Danielle is a Junior at Temple University. She is currently majoring in Journalism. After graduating she hopes to become a sports reporters.

Director Dom Gardner has been with the Philadelphia Clef Club of Jazz and Performing Arts since it first opened in 1966. “I was in the union and I left town,” Gardner said. “When I moved [continue reading…]