After a 20-year-old waitress named Sabina O’Donnell was beaten, raped and strangled in Northern Liberties five years ago, Lawrence Whitaker, chief instructor of at Urban Defense on 6th Street near Fairmount Avenue, knew he needed to do something so the same wouldn’t happen to others.

He started a class, Defense for Women, which teaches women the skills for protection, awareness and safety, geared towards those who live in urban areas. The programs are designed to prepare you physically and mentally for an attack, especially on the streets.

“We start off agility and strength training so you’re physically able to protect yourself,” said Whitaker. “It’s great to know what to do but you have to physically be able to do it.” 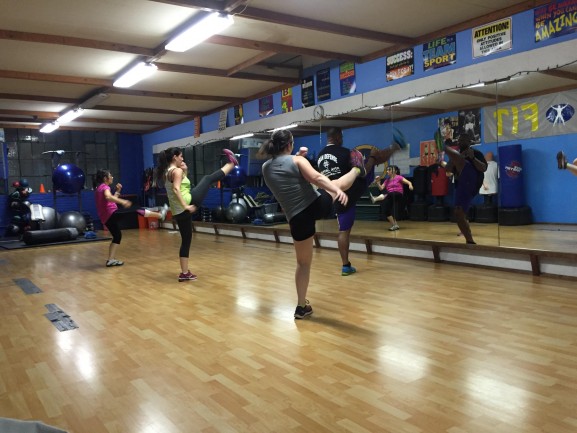 Having a class that teaches individuals to be prepared for an attack, whether physical or verbal, comes in hand for a city like Philadelphia with rising crime rates.

Police statistics in the first half of the year for Philadelphia show there is a 5 percent increase in crime, as of August 2015.

Liza Felice, a nuclear medicine technologist, said she started taking a self-defense class to prepare herself and it has helped her grow more confident for the streets.

“This class is all about self-defense and getting yourself strong,” said Felice. “I feel more confident walking the streets because of what I learn here.” 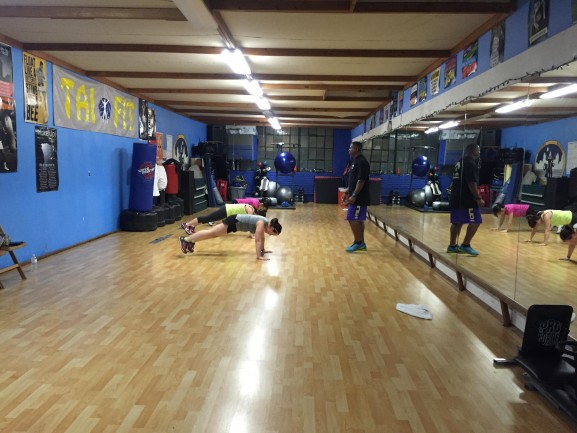 Although there are no guarantees to being 100 percent safe, learning how to use your voice, recognizing the vulnerable parts of an attacker, understanding safety strategies and knowing physical techniques can help reduce the risk of a completed attack if one were to happen.

“I’ve learned tips on things you wouldn’t think of,” said Deb Barilone, a physical therapist assistant, about the Urban Defense Fitness Center’s Wednesday night classes. “Like not letting people walk between you on the streets.” 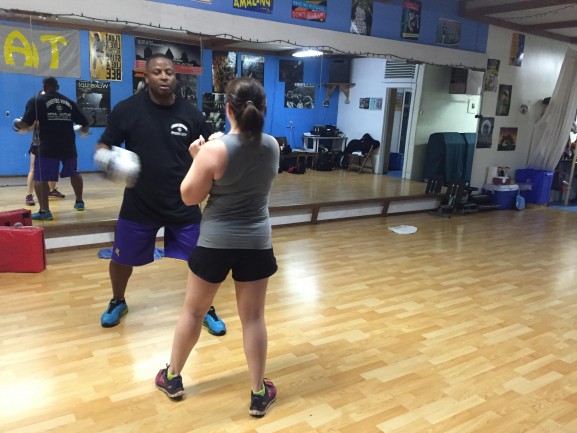 The fitness center also teaches how to use common, day-to-day items like darts, knives, bricks and trash lids to defend yourself while out in public areas.

“It’s better to have and not need it, than to need it and not have it,” said Whitaker.

Residing in the heart of her neighborhood, Kate Clarke is the president of the Juniata Park Civic Association. The community-based organization meets the second Tuesday of each month to discuss and mitigate community issues. How [Read More]

This past year the residents of the Bridesburg community saw their neighborhood going downhill and the neighborhood watch leaders called a town hall style meeting. After the presence of a private police force came and [Read More]