Philadelphia is a melting pot of different cultures and backgrounds. This diversity gives the bars and restaurants their own special type of character and spunk. No two places are the same and here are a few that embody what the Northeast is all about. 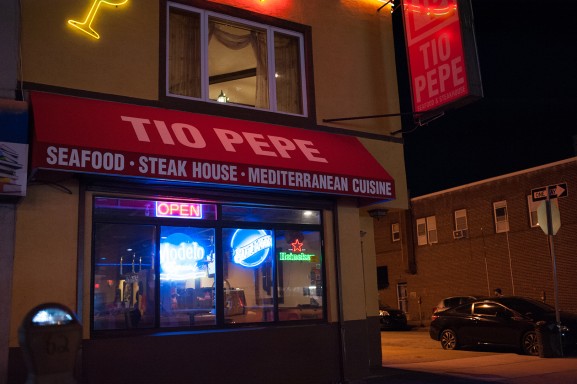 Tio Pepe is a Portuguese-owned bar/restaurant that draws a variety of people. Many Spanish, Portuguese, Brazilian, Dominican and Latino residents who have left the neighborhood find themselves coming back.

Carl Proetto, a local resident who started coming to Tio Pepe a few months ago, explained the unique qualities of the business. The bar is downstairs and the restaurant is upstairs. Proetto said the fish and steak are outstanding, but there are also specials like “Arroz de Polvo” – octopus rice.

The bar is exceptional, Proetto explained, for its little bottles of wine, high-end liquors and hookah. From the “fútbol” games always playing on TV, to the food, to the regulars, Tio Pepe has a Portuguese feel through and through. 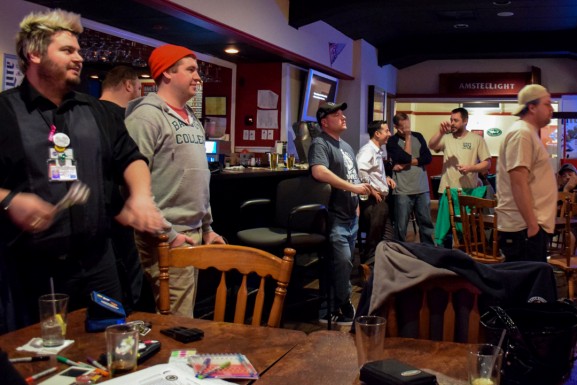 Nick’s Roast Beef has been a staple in Northeast Philly since it opened its doors in 1969. Keeping a bar and restaurant successfully running for almost 50 years is quite a feat.

Samantha Coyle is a manager at Nick’s Roast Beef  and believes that the best thing you can serve someone is a good experience.

“Part of the reason [we’re still open] is that we’re so family oriented, and have always focused on food quality instead of the bar,” said Coyle.

“Anyone can serve you a sandwich and a beer,” she continued. “The way our staff takes the extra step to get to know as many people as we can is what I think really keeps people coming back.” 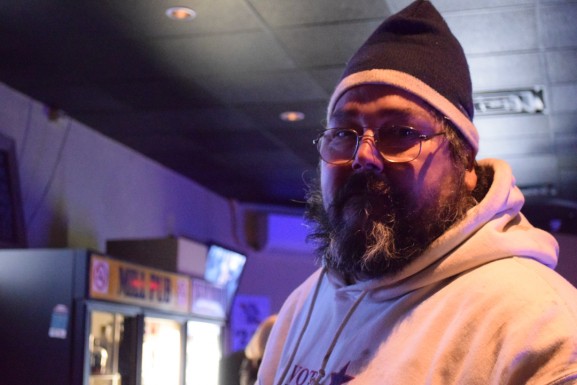 Mill Pub is a small dive bar on the corner of Martin’s Mill Road and Unruh Avenue in Lawndale. Mark “Hillbilly” Hillman, a regular at Mill Pub, grew up in Lawndale and now lives in Fox Chase.

Highly familiar with the Lawndale area as he is a longtime resident, and now a frequent visitor, Hillman explained that Mill Pub is somewhat of an anomaly solely because it’s still around.  Over the past 10 years or so, Hillman has witnessed 15 bar closings by his count. He listed them from memory with a mix of pride for knowing all the names, and nostalgia because now they’re all gone. 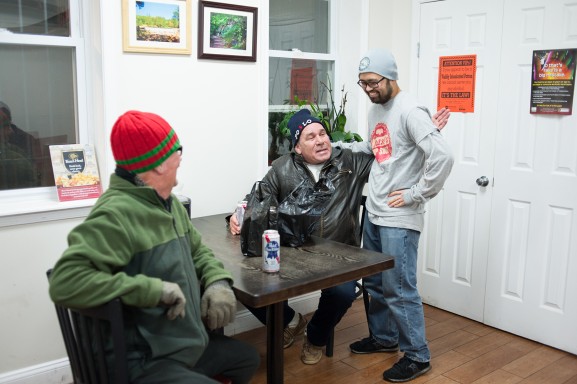 Chase’s Hop Shop is one of the few shops on Rising Sun Avenue open past 7 p.m. The owner, Frank Huynh, spent most of his years in Upper Darby.  As soon as he started coming to the Northeast, he and his family fell in love with the neighborhood.

Huynh named the beer deli after his eldest son, Chase, and the whole family is very involved at the shop. Huynh said it is important to him to know the names of the people who come in his shop because his vision is to rebuild the community and “move the neighborhood forward.”

“It is an amazing neighborhood,” Huynh said. “Everyone’s supportive of small businesses, especially when they know you’re in the community and not just taking from the community.” 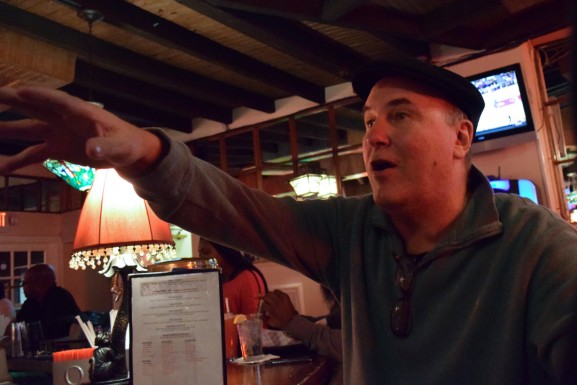 John Bastas, an Oxford Circle native and Northeast High School alum, purchased his first bar on June 25, 1979, at 24 years old. He named it Five Points Bar in honor of the place he grew up. Thirty-one years later, he took the opportunity to return to his old stomping grounds by acquiring Chuck’s Alibi in 2010.

Spend just a few minutes with him and it is evident how much pride and love Bastas has not only for Chuck’s Alibi and Oxford Circle, but also for Philadelphia as a whole.

“There are a lot of great cheesesteak places in Philly,” he said, “but I’ll tell you, ours is one of the best!”

– Text and images by Claire Voeglein and Ashley Shackelford

‘Tis the season to give thanks and to give back but for the Jewish Relief Agency, helping out those in need is more than a seasonal event. Staffed with more than 15,000 volunteers per year, [Read More]

The Grey Lodge is helping beer enthusiasts celebrate Philly Beer Week once again, this time by recreating the game show “Let’s Make a Deal.” Participants in Friday’s game were asked to identify any items they would [Read More]

Sometimes historic sites hide within their neighborhoods. That’s been the case for Ryerss Museum & Library at 7370 Central Ave. in Burholme Park near the Fox Chase section of the city. Built and donated to Philadelphia by the Ryerss [Read More]