Daniel Shernoff arrived in Philadelphia to attend art school. He found his way into a tattoo studio and apprenticed for two years, learning the craft.

How did you become a tattoo artist?

I came to Philadelphia to go to art school. I first went to The Art Institute and then transferred to The University of the Arts. It became clear that the university scene wasn’t going to necessarily promise me a career in the arts – or any career at all for that matter. 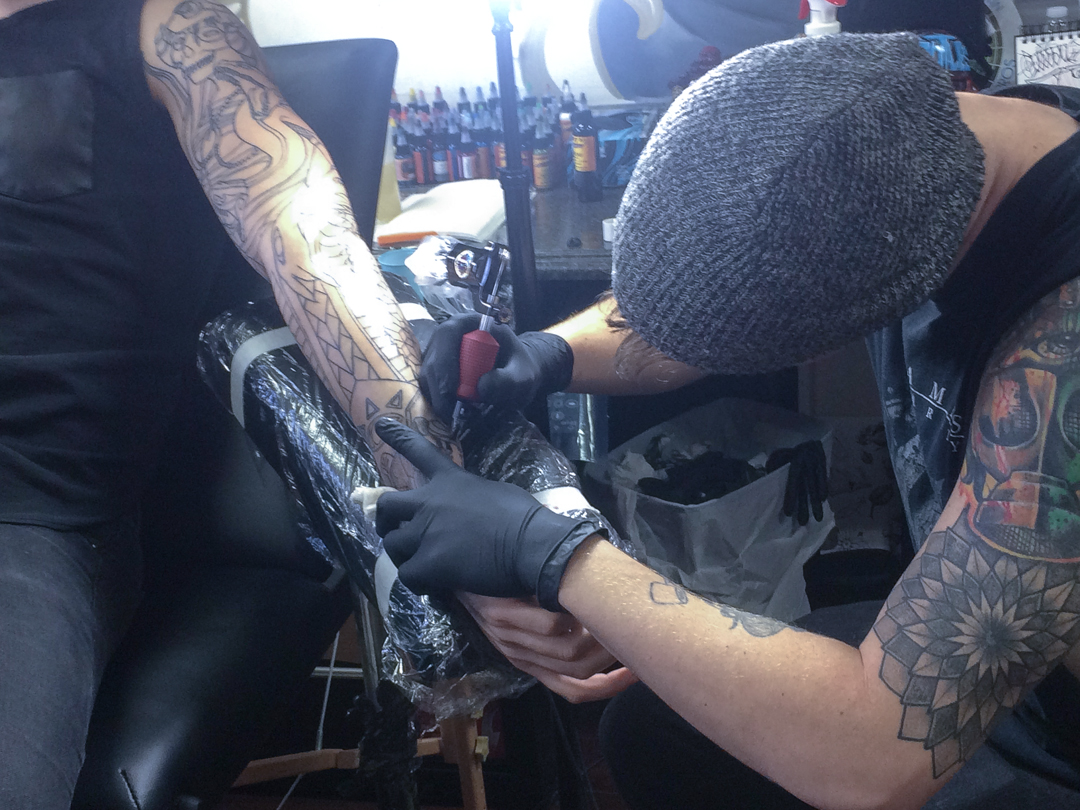 Why do you think tattoos are important?

The answer to that question is as varying as the reason that people get tattoos in the first place.

To some people, tattoos are simply a vague memento of some times that have passed, a place they’ve gone to or a person they’ve met. For other people, it’s more of an expression of self, where they’ll cover themselves in detailed images, showing what represents them.

People who get tattooed are part of a unification that transcends a lot of factors that separate people because it’s this one thing that crosses all class, racial and religious borders.

What’s it like working with a team of artists within your store? Is there a support system or are you all simply responsible for your own business?

There is a really deep-rooted support system. I don’t think I would’ve advanced artistically to the point I am at now if I didn’t have the talented group of artists that I work with.

They may not be professionally invested in me doing well but on a friend-to-friend basis, we’re all very involved with each other’s artwork. We’re all making sure that we’re doing the best we can, which I think is really cool. You don’t always get that relationship in a lot of other fields.

As for the business side of things, in a way, we help each other out. I mean, we’ll advertise each other’s skill sets to our clients. But really, as a tattoo artist, you’re responsible for yourself. It’s up to you to do the good work and get your name out there.

In regards to the team mentality, we really are like a family. 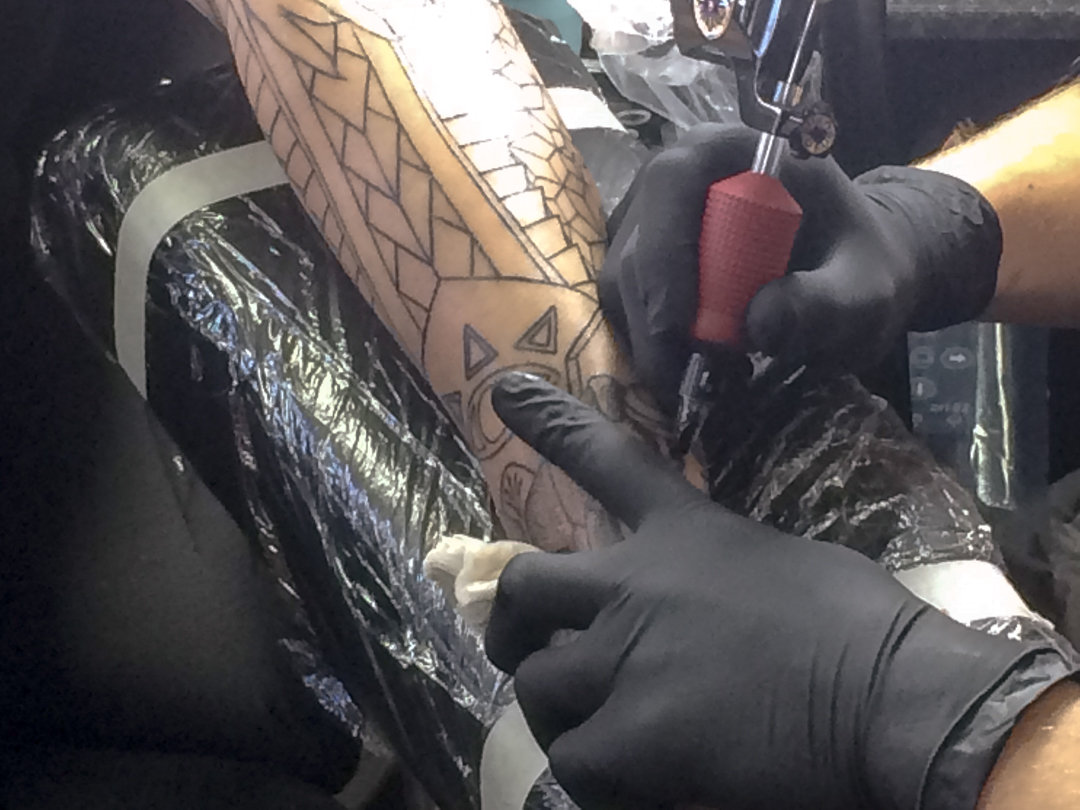 Do you work on any other canvases that aren’t necessarily skin?

I’ve been drawing as long as I’ve been able to not pay attention to what my teachers were saying around me.

I work on every type of canvas. I do oil and acrylic painting, ink on paper, design stickers, T-shirts and wall murals. If I can get my hands on it, I’ll give it a shot.

Tattooing, to me, is more of a conduit to sell my art in a way that is both valuable to me and the person that I’m doing it for. When you sell someone a canvas, generally it’s a gift for someone or they just don’t really give a crap. It might hang on a wall for a little bit or get thrown into a closet, whereas tattooing is a lot more intimate. After all, it’s on your body forever. 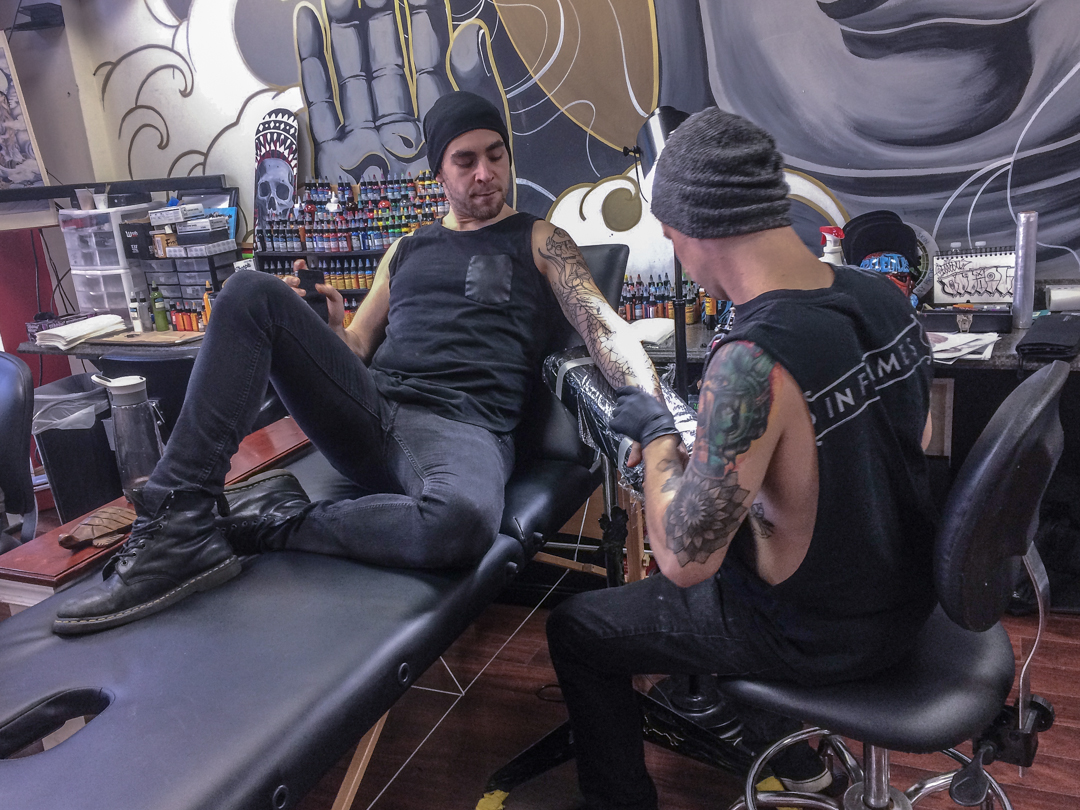 Tattoos seem to be a pretty polarizing form of art. Whether you love them or hate them, everyone seems to have at least some opinion on them. How has the community received your presence around here?

The community in Philadelphia is really supportive of the tattoo culture.

As for tattoos on a person-to-person level, I actually think tattoos are a great way of judging people. You can actually tell a lot about someone based on the tattoos they get. If they have a full body suit of all basement-done tattoos that look like they’re rushed, you can tell that this person doesn’t plan for the future or take things seriously.

This is your body, man. It’s a temple. You only get one shot with it.

– Text and photos by Ryan O’Shea and Joey McDougall.

From an early age Shana Kennedy knew she would join the circus. The Natick, Massachusetts native acquired a love for performance while visiting traveling shows that stopped in her town each year. By age 15, Kennedy had acquired her [continue reading…]

Kensington Avenue is often considered one of the most dangerous streets in Philadelphia. Cops posted on most major intersections, drug dealers and junkies alike calling out from all directions, combined with the screeches of the [continue reading…]