Larissa Mogano has lived in the Cobbs Creek neighborhood for close to 10 years. She is one of the founders of the Cobbs Creek Neighborhood Association and promotes it heavily on Facebook. While there are other organizations in West Philadelphia dedicated to community issues, Mogano feels like the key to reaching a larger amount of neighbors is through social networking. She feels that in Cobbs Creek, there are not too many active organizations that cater to community outreach, specifically west of Baltimore Avenue.

What inspired you to start the Cobbs Creek Neighborhood Association?

When I bought my house nine years ago, a neighbor of mine invited me to a block captains meeting. I went to the meetings pretty often for about four years but I wasn’t getting newsletters, phone calls, and some of the communications were a little inconsistent. l would go to the meetings and I would hear how they wanted more young people to come in. They had trouble getting junior block captains or just new homeowners in the community because the age in that neighborhood, for the most part, was much older than me. There was this need for young people and I suggested that they use the Internet. I offered to do e-mail lists and print out flyers. That was about five years ago, and ultimately I started a Facebook page. We hadn’t gotten that many followers at that time, but if there was an issue within the neighborhood I would post that on the page. [In] 2015 … I had actually started putting more effort into the social media aspect of it, and we now have 350 followers on Facebook along with a Twitter page. 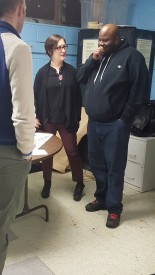 Aside from trying to draw in more young people, what motivates you to want to help fix the Cobbs Creek community?

I got very lucky in buying a house on a block with a lot of great families, mostly elders. In the time I’ve lived on my block, I’ve lost all of my grandparents. All of these neighbors of mine I adore and I think at this point they feel the same way. … I just want to look out for them. I just feel like for the elders, especially, there’s nobody really there aside from some family that they may or may not live with. I just feel like if my grandparents lived on a block and there was somebody able-bodied like me that was my age that wasn’t helping, I would be scratching my head. I just feel for them, and it’s a big motivating factor. 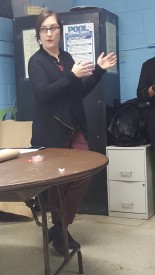 What do you want to improve in Cobbs Creek?

I think about what I’m affected by directly. One of the things is that there’s been an abandoned house behind me since I moved in nine years ago, but it’s been vacant according to my neighbors for about 20 years. It’s overgrown with a giant tree that’s falling down, there’s a bunch of cats that inhabit the building and it kind of stinks. It impedes on what I’m trying to do as a homeowner, which is to have a nice place to live. My interest starts very hyper-local to what affects me directly, and I know I’m not the only other person that feels that. The other things I think of when traveling around West Philly or Cobbs Creek is that we don’t have a supermarket. I’m a gardener as a hobby so I would love to see some of the green space used for gardening, or even if it’s just flowers, something better than a trash-filled lot. I recently finished a global health certification program at Drexel University, so I’ve gotten a little more interested in things that pertain to public health. 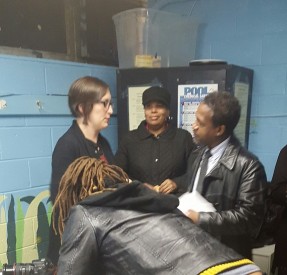 Why is it important to have a business association established for the western portion of Baltimore Avenue?

It seems like organizations stop at the 52nd Street intersection of Baltimore. Beyond that, we don’t have any cohesive organizations (from my knowledge) from 52nd Street to Delaware County where Cobbs Creek ends. While commercial businesses are less concentrated on Baltimore Avenue past the 52nd Street intersection, there are enough shops where we feel like we can involve the business owners in our endeavors, such as street cleanups and lighting. We want to involve the people who have been ingrained in the neighborhood just to improve the community how they see fit. 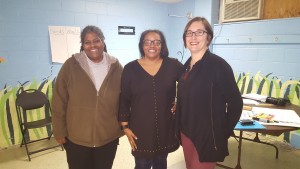 Who is helping you get the word out about the neighborhood association?

Monica Allison and I know each other from living relatively close to one another. She used to live in Cedar Park but she moved to Cobbs Creek. I remembered her being the president of the Cedar Park Neighbors Association and thought: That’s somebody I have to work with. She’s very well organized and she knows a lot of the language for creating a community group that I just don’t know. She’s very well connected and she’s been living in the community for a long time. I’m a newbie compared to her. Monica actually introduced me to Desiree Jones at a town hall meeting. She happens to works for [state Sen.] Anthony Hardy Williams’ office. The commitment was there between the three of us.

Monthly community meetings will be held the first Monday of the month at 7 p.m. at the A.W. Christy Recreation Center near 55th Street and Baltimore Avenue. For more information, follow Cobbs Creek Neighbors on Facebook or Twitter @cobbs_creek.

https://vimeo.com/65152765] Neighborhood tensions between the three sub-communities of Hilltop, Wynnefield and Parkside are a part of life growing up in the Overbrook community. Where someone lives is where his or her identity is rooted. “They [Read More]

When most people think of social media, they tend to think of their own pages or accounts including how to use these platforms to build new relationships or reconnect with those they’ve lost contact with. [Read More]