Before being diagnosed with Ehlers-Danlos Syndrome, Kelianne Murray believed she had a normal childhood.

She enjoyed running around in the park, climbing trees and hanging off of monkey bars in her hometown of Ewing, New Jersey. She never realized something was wrong until her freshman year of college.

Looking back, she realizes the signs were there all along. One of those signs was a constant dislodging of her joints.

Now 27, living in South Philadelphia and going by the name Anomie Fatale, this musician and activist detailed how her joints would dislocate with simple tug of the arm during a game of tag or hanging upside down on the monkey bars.

The other children on the playground would get scared and sometimes start to cry, but it was “something that happened all the time” for her, she said. She’d get up and pop it back into place.

At the age of 20, the first symptom of her neurological condition surfaced.

She described seeing a static layer on her computer screen which then appeared to transfer to another screen. This event, Fatale later discovered, was called palinopsia, or an overlapping afterimage.

The constant visual disturbances, headaches and an uncontrollable heart rate eventually led Fatale to drop out of college and focus on her health.  Multiple doctors, tests and misdiagnoses later, Fatale’s condition was still unknown.

Since Fatale was unable to attend school due to her medical condition, she spent a lot of her free time watching television.

She credits one of her favorite shows with helping her discover the cause of her pain. On an episode of “Mystery Diagnosis,” a girl was experiencing tachycardia, blackouts and postural orthostatic tachycardia syndrome.

Ehlers-Danlos Syndrome (EDS) is a disorder of connective tissues.

EDS is a genetic disorder leads to the weakening of a person’s collagen which, Cohen said, could be traced to the constant dislodging of Fatale’s joints.

“[Those with EDS] get into trouble or they’d have problems because of pain in the joints or premature arthritis due to the increased flexibility,” Cohen said.

Research shows that 1 in 2,500 to 1 in 5,000 people inherit the disease, according to The Ehlers-Danlos National Foundation. The foundation notes that the condition affects both males and females of all racial and ethnic backgrounds.

Music has acted as release throughout all of Fatale’s doctor visitations, tests and surgeries.

“Music has always been that rush for me,” she said. “It’s that thing that I look forward to doing.”

Cohen says the stretchiness of skin and joints might help a person play a string instrument like a guitar or mandolin. 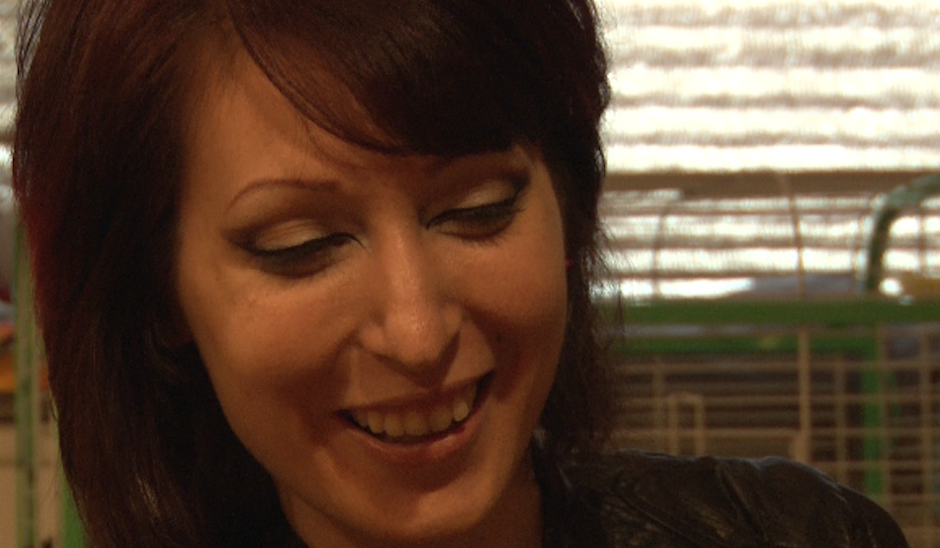 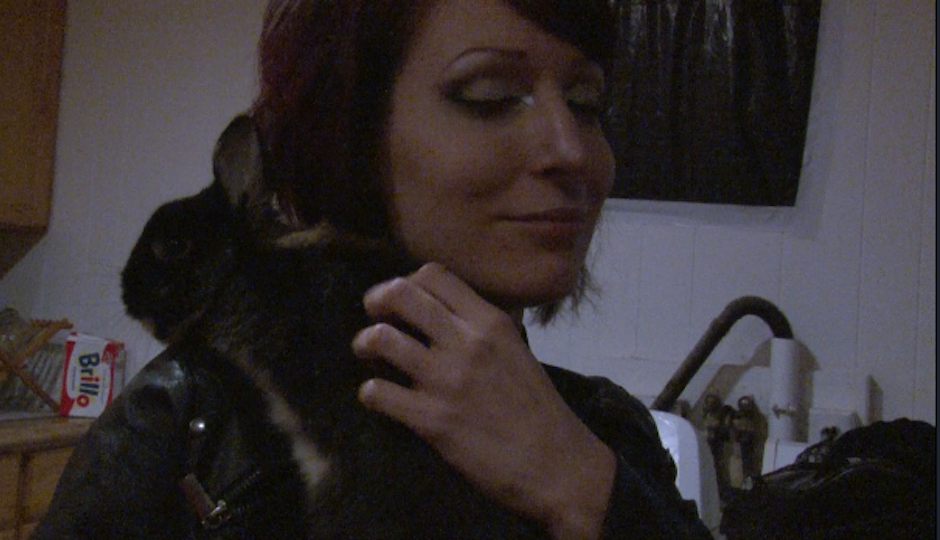 <
►
>
Anomie shows her "Sick Sexy" sticker. It was an organization she started to show the world you can be sexy and sick at the same time.

Stephanie Anders has been Fatale’s direct care worker for almost two years. The two spend an upward of 40 hours a week together.

They both agree their relationship has gone beyond professional and turned into friendship.

Anders says Fatale has problems bending forward and pulling and gripping things, so her job is to help Fatale with normal activities like getting dressed, shopping and showering. But their interaction calls for more.

“Obviously someone in her situation battles a lot with depression and lacking independence in general,” Anders said. “It’s hard to have to realize that stuff sometimes, so trying to remain positive and helping keep her spirits up can be tough sometimes. But I like to think I’m helping her and keeping her happy.”

Anders, also a musician, believes she helps Fatale by being a supportive creative outlet. The two will write songs, jam out and do crafts together.

“Any creative is good,” Anders said.

She sees Fatale as inspiring because despite everything “she has goals and doesn’t make excuses. She gets shit done.”

Fatale recently moved into an accessible apartment with her boyfriend of about six years.

Jesse Draham agrees with Anders’ sentiment and calls Fatale “brilliant.” Draham says it’s hard for Fatale to find a job that will accommodate her or one she can do successfully with her disability.

“The hardest part about all of this for her is not the pain,” Draham said. “She’s tough as nails. She can take it. It’s the day-to-day that’s hardest.”

The two reconnected when Gold saw Fatale perform at the FringeArts Festival. She still refers to Fatale as Keli.

Gold recalled a self-reflective project Fatale created during an art class. It’s one of the few projects that stuck out in her memory, Gold said.

Fatale’s sculpture was made of broken pieces of a mirror. While Gold watched Fatale’s FringeArts performance, she had a thought.

“Maybe her subconscious at the time was telling her that her body was kind of broken,” Gold said. “It makes sense in hindsight.”

Gold saw Fatale as resilient, insightful and sophisticated back in high school and said she would still describe her the same way.

“She continues to take the reality of her life and channel it to her artwork,” Gold said. “I think she’s become stronger.”

– Text, images and video by Jane Babian and Caralyn Dienstman.

South of South Street: Residents Talk Trash On The Lack Of Trash Cans

https://vine.co/v/hHElxm2bzmQ As new solar-powered trash cans replace the old wire ones in the Graduate Hospital area, residents continue to complain about the scarcity of places to throw out their waste while on-the-go. The new cans [continue reading…]

Like many Italian-Americans in Philadelphia, Carol Agia’s grandparents came to Philadelphia around the turn of the 20th century. One of her grandfathers immigrated in 1896 at the age of seven, while the other arrived in [continue reading…]