If you build it, they will come.

Recreation centers and urban parks serve as places for people in the busy city lifestyles to escape it all without really having to leave the city limits. From leisure to exercise, people of all ages use these resources.

“An interesting trend that I’ve noticed is the more people see the courts being used, the more they want to use them,” said South Philadelphia Tennis Association (SPTA) Bryan Hughes.

As part of Democratic presidential candidate Hillary Clinton’s campaign for the 2016 election, she has made clear that one of her stances in her campaign is to revitalize thousands of city parks and improve under-resourced urban parks over the course of the next decade. If elected president, she plans to put aside nearly $40 million into the Urban Parks and Recreation Recovery Program. According to cityparksalliance.org, Republican presidential candidate Donald Trump’s campaign has not responded to a request to outline his plan for the program.

As most urban parks and recreational facilities operate, public funding is the main source of where they get their support to maintain and improve themselves.

One park that has seen great growth from public funding and support from the local area is Barry Playground, located at 1800 Johnson St. in the Girard Estates neighborhood of South Philadelphia. 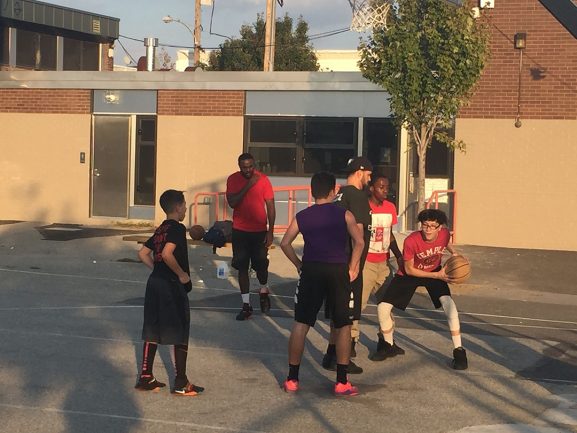 “We just had the building renovated,” said Barry recreation leader Anthony Spadaccini. “It was upgraded in the ’60s. After 40 years, it was just very old. We got funding through what is called Capital Projects and we were chosen, because they randomly pick different sites.”

The building’s interior renovations are nearly complete and work has begun on the exterior.

Spadaccini emphasized new playing surfaces at the park and said the renovations provide a safe place for the neighborhood’s youth during the after-school hours.

“It has a major impact, especially with all the violence going that’s going on,” Spadaccini said. “Just somewhere for them where they can release some steam and stay off the streets.”

Chris Levesque, a recreation specialty instructor, said he has noticed other projects going on at similar facilities in the area.

“This city has done a lot now with recreation centers,” Levesque said. “They planted a lot of trees to improve the look of it. They redid the basketball court, which was a long process and they redid the roof because it started to leak.” 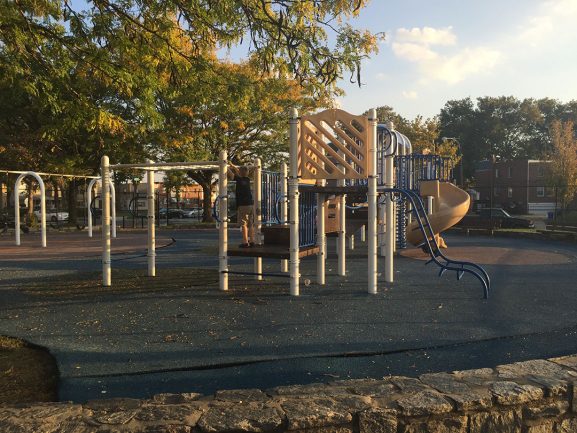 Spadaccini believes the recreation center has attracted people from places beyond South Philly.

“It’s really hard to close during our busy season, which is the summer,” said Spadaccini. “So we worked out an agreement for when they [renovators] could start their work when our pool season would close and our summer camps were going to be over.”

The construction work took about a year and the community was eagerly waiting the center’s return.

“We were able to reopen in the summer so we didn’t have to cancel our summer program, our summer camp, and our pool which would be a strong hit to the community if we did that,” Spadaccini said.

Barry Playground doesn’t only attract people to play pickup basketball games or play on the playground. Organized sports leagues and clubs use the park’s resources to hold practices and rely on updated features.

SPTA President Bryan Hughes schedules many of his tennis lessons at Barry Playground’s tennis courts and sees the importance of properly funding and taking care of our recreation centers.

“Partnerships with our local parks and recs are a necessity,” said Hughes. “At the same time, we can help them fill a need that may exist for them. We have been very lucky to partner up with great people at so many locations and Anthony Spadaccini at Barry has been our greatest supporter, helping us establish a consistent calendar of events for both juniors and adults, while helping increase casual play amongst the community.” 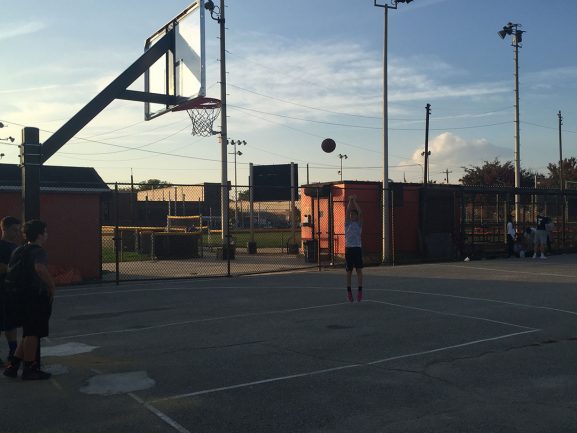 District 2 Councilman Kenyatta Johnson has been praised for his work in trying to restore recreation centers in the area and people have taken notice. He was behind the push to get Barry Playground renovated on the inside and the outside.

“I think a lot of people in the community, including Councilman Kenyatta Johnson, had a big role in the renovation,” said Spadaccini.

That effort doesn’t go unnoticed by people like Hughes.

“Councilman Johnson labeled Barry tennis courts as one of the first projects made available,” he said. “I would like to think that any of our political leaders, at any level of city, state, of federal office, would recognize the importance the parks and recreation system has in our community. I think the numbers show a drastic negative when these assets are neglected.”

Regardless of who wins the local and national elections, public funding in the cities’ backyards benefits all communities. Hughes doesn’t want people to forget how much of an impact well-manicured and clean parks and facilities have on those who use them.

“In the end, I hope we are doing as much for our recreation centers, as they are doing for us.”

— Text, images, and video by Christopher Abruzzo and Matt Scull.