The Chester A. Arthur School, nestled on the 2000 block between Catherine and Christian streets in the quiet neighborhood of Graduate Hospital, is not what you would call a “typical” public school in Philadelphia. Behind the scenes, volunteers work to make this K-8 learning facility a place of growth and knowledge, and by doing so they hope to change the reputation of urban public schools.

“I think a lot of people come into the neighborhood assuming that it’s a Philadelphia School District school and that it’s not worth looking at. But when you move here you quickly realize that’s not the case and that’s not the intention or idea of the residents here,” said Shannon Braden, a resident of Graduate Hospital and a volunteer with Friends of Chester Arthur (FoCA).

What Shannon and her fellow volunteers at Friends of Chester Arthur strive for is a welcoming and safe environment, where the holistic development of the children is paramount. A non-profit organization founded in 2011 and headed by parents and community members, FoCA represents what a neighborhood should truly be — a team. Through fundraising efforts and soliciting donations, FoCA allows Chester Arthur to thrive with the necessary equipment and materials that would otherwise be unobtainable due to city budget restraints.

The school follows the STEAM framework of learning, which promotes the understanding of the Science, Technology, Engineering, Arts and Math disciplines in an interactive and feedback-oriented process. Chester Arthur is also one of four schools chosen to participate in the Philadelphia School District’s Redesign Initiative, which encourages a new style of curriculum that coincides with FoCA’s major plans for an updated playground and activities area. 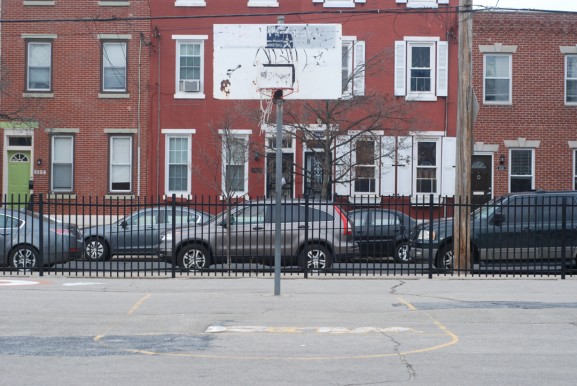 “The playground is pretty uninspiring as-is. There’s about a half-acre of asphalt behind the school which is not really contributing to its approachability and the kids’ opportunity to play,” said Friends of Chester Arthur secretary Michael Burlando. “We’re trying to make it a more dynamic space.”

The $2.5 million project is slated to begin its construction in June 2016 and is expected to be complete before the students’ first day back in school after summer vacation. Many moving parts were involved to set in motion FoCA’s playground initiative. Massive fundraising efforts and designer advice created opportunities otherwise unheard of in the public school district.

FoCA’s work with OLIN, a world-renowned landscape architecture firm, established a master plan for the playground’s development in 2011 and how it could coincide with the new curriculum’s process. More recently, Friends has been working with Salt Design Studio to incorporate these ideas and make them a reality.

The funding for the project is a direct result of FoCA’s outreach capabilities, with many of the resources coming from local donations, city grants, council members, the Neighborhood Transformation Initiative and even the Philadelphia Water Department.

“We’re going to build whatever we can afford to build,” Burlando said. “Fundraising is going to go right through the building process. It’s always a challenge to bring a lot of resources together for a big capital project like this one.”

Fundraising outlets can be found in events like the “FoCA Night Out”, an adults-only night of socializing, eating and drinking for $60 that is donated directly to FoCA’s efforts. The event has been a success, with over 200 attendees and more than $45,000 raised in each of the past two years. 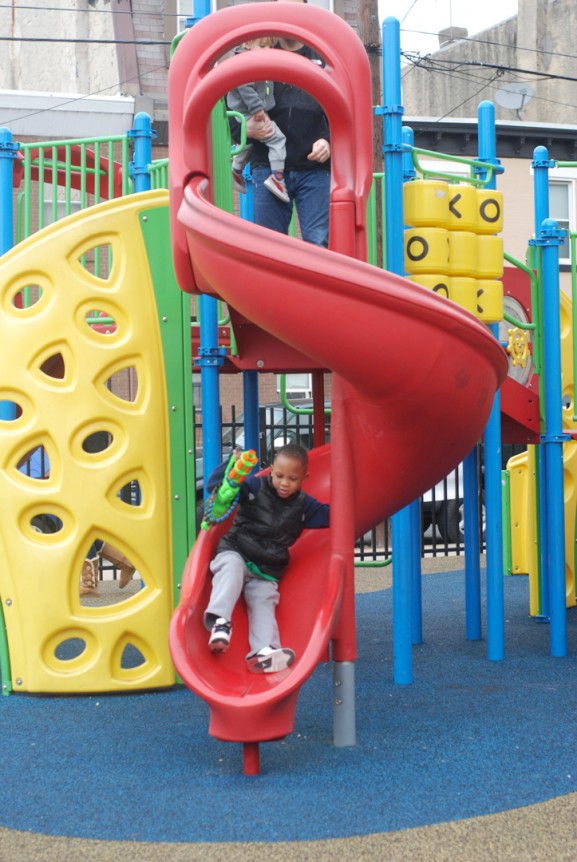 A 50/50 fundraising block party held annually right near the school brings the community together and keeps kids entertained with games, activities and prizes. FoCA also partners up with the South of South Neighborhood Association (SOSNA) to have its own version of Southwest Center City run.

“This year we did a ‘Spooky Sprint’ for the kids, they ran down 22nd Street in their costumes,” Braden said. “It was really, really cute.”

When speaking with members FoCA, their underlying passion stems from the desire to be a family rather than another neighborhood with a name. Programs like Little FoCA, a play group that was created as a bonding vehicle for pre-elementary children and their parents, is a great example of the caring nature the area has for its families.

The Graduate Hospital neighborhood is slowly turning into one of the more preferred locations in the city, with thanks being owed to the volunteers who help to make it a place safe for children and adults alike. Friends of Chester Arthur treasurer Steve Zelinger was determined to see the neighborhood evolve after he and his wife welcomed their first child.

“We decided we had to look to the future in order to have things set up to stay in the neighborhood,” Zelinger said. “We really loved the area but the schools seemed like they were a little bit behind and we just wanted to lend some help where we could.”

— Text, photos and video by James Orlay and Taylor Farnsworth.

Fall is a time for festivals and block parties and Graduate Hospital residents were recently given a treat by a couple local organizations. The 50/50 Block Party, sponsored by the Friends of Chester Arthur Elementary [continue reading…]

Executive Director Wes Tudor and his group of instructors at Raja Yoga and Meditation Center of Greater Philadelphia are breaking down financial barriers and changing perceptions surrounding yoga one downward dog at a time. In [continue reading…]