Renee Beaucheane is a longtime animal rights activist. In addition to working professionally with the Pennsylvania Society for the Prevention of Cruelty to Animals (PSPCA) in Fishtown, much of her personal time is devoted to animal-rights-related causes.

The Fishtown PSPCA, located at the intersection of Frankford Avenue and West Oxford Street, opened in June 2015 to serve as a satellite office in an animal-friendly neighborhood. The PSPCA headquarters is less than three miles away on East Erie Avenue.

On Tuesday, Jan. 26, 2016, Beaucheane hosted an animal-themed jewelry-making class at the Fishtown PSPCA location, where two tables filled with pet-loving activists in the community made personalized necklaces. All proceeds from the event were donated to the PSPCA.

What is your involvement with the PSPCA and how did you become involved?
I started out as a graphic design contractor back in April. My sister-in-law is a humane law officer. She goes out into the neighborhood and reports any mistreatment of animals. She forwarded me an email saying there is an opening in marketing and communications. Very quickly after, I was in. Once you start, you are in. We were doing so much with the Fishtown opening and it was really exciting. 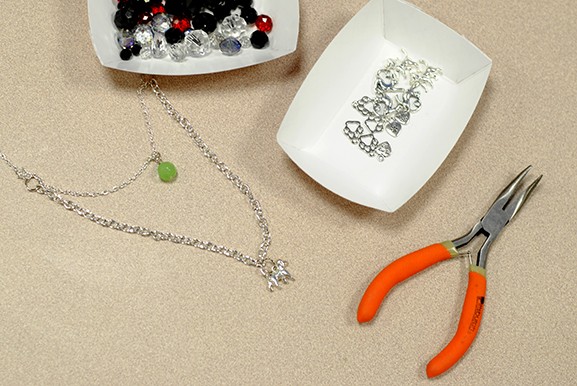 How might a jewelry-making event spark activism for animal rights?
I think it is more about the awareness of the shelter and getting people who might not normally come in. Because there are people who love animals, who do not own animals. They like jewelry and like to be a part of the community. So events like this are a great draw for people to come in. It is a great excuse to get to know other people. The other part to it is since I started working for the PSPCA, anything that is cat- and dog-themed I give 100 percent of the proceeds back to the shelter. Tonight all of the proceeds will go to the shelter. There are a couple of different ways to be a part of the community and raise those funds that we may not normally be able to raise. 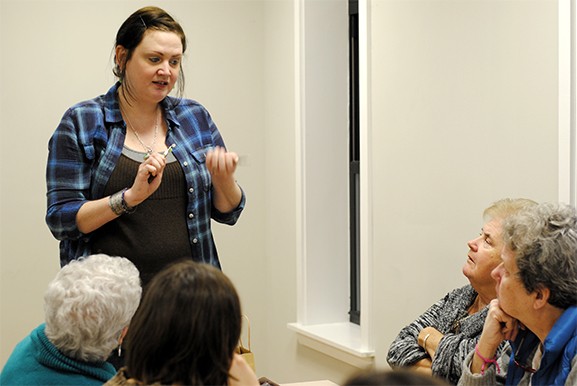 What are some of the biggest issues that animal rights activists have to overcome specifically in Philadelphia?
Philadelphia is challenging because it has a variety of different socio-economic backgrounds. The greatest thing about the PSPCA, in addition to doing the human law enforcement, [is that] we are one of the few places in the country that and the only places in the state that does human litigation. But there is also programs on human education. [PSPCA educational professionals] are going into the schools with young kids and being more proactive than reactive because when you are teaching kids, who are young, to respect animals, you are heading off the problem before it becomes an issue. The more we do that, the less need we will have for officers.  We aren’t just combatting the problem as it arises, we are fighting it from the beginning. 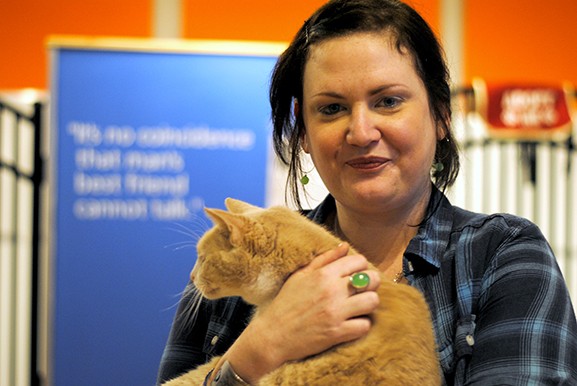 As a Philadelphia resident, what changes have you seen in the laws and policies regarding the rights of animals?

I have seen a few things change recently. The penalties are becoming slightly stricter and that is what we are always trying to have happen. Unfortunately, when people think they can get away with things, they are more inclined to do them. More than that, seeing other shelters working together, we have a big community. There are always going to be differences — almost like having a different store, there’s a competition, but there’s also a community too. A lot of the people who work at our PSPCA have worked at other shelters, so we have a wider community which I think is really important. We are here to save the animals, not one-up each other. 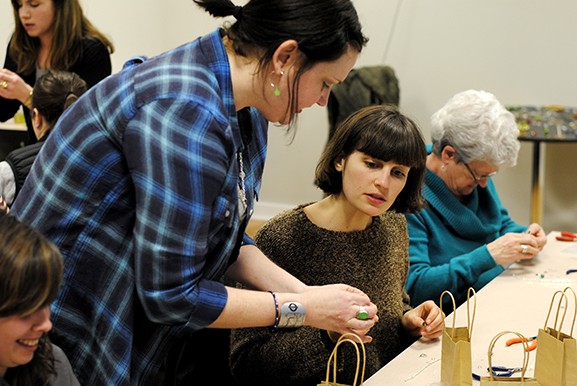 Why should others be interested in helping the animal community?

Animals say a lot about who we are as a people. They are helpless, they need people to advocate for them, they cannot do it themselves. It shows a great side of humanity, when you see that and try to do something to help them. Being an advocate is a great thing. We are trying to spread the word and stop animal cruelty before it starts.

— Text and images by Brittany Boston and Mary Dominguez.

https://vimeo.com/59540807] A single-family home located at 1117 Day St., was the topic of discussion at a public zoning meeting held by the Fishtown Neighbors Association . Neighbors located in the immediate area were encouraged to vote [continue reading…]