According to Mark Keenheel’s business card, there is nothing tougher than a Philadelphia lawyer from Germantown.

Keenheel (above) provides legal services to residents in the Germantown community at his Maplewood Mall Law Center, 59 Maplewood Mall.  In an effort to make services affordable, Keenheel said the center has no set fee schedule for clients.

“People will come in sometimes with no money and we’ll do what has to be done,” he said. “We give advice for free, people come in for advice and we’ll sit down for maybe one to two hours talking with them.”

The trial attorney, whose experience is largely in the criminal cases, was born and raised on the east side of Germantown. He received his bachelor’s degree from North Carolina A&T in Greensboro in 1975 and attended Temple University where he studied law from 1981 to 1984.

Keenheel is joined at the center by his son and fellow attorney Musa Keenheel. The pair try to help everyone they encounter, whether it be with legal representation or just legal advice.

“Many lawyers charge $125 to $500 per hour. We don’t have any by the hour stuff. Cost is negotiated case by case depending on the person and their situation,” Mark Keenheel said.

Musa Keenheel (below) is happy to share his father’s desire to help the community and does so by often working with the elderly in the Germantown area.

“I do a lot of estate work,” he said. “Wills usually, powers of attorney, healthcare declarations, which tell the hospital or nursing home what you want done with you should you fall into a coma or vegetative state. Basically just helping them figure out how they want to pass on what they’ve built to their relatives and family, which can be very stressful.” 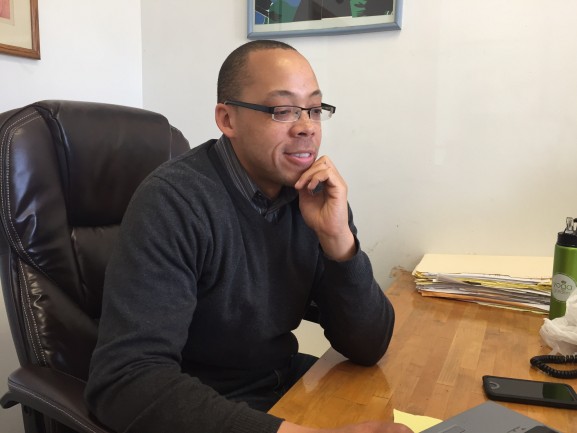 The 39-year-old said he enjoys working at his father’s law center because he gets to help hard-working, everyday people.

“We provide much-needed legal services of many different fields and many different issues to people who don’t have the means to go downtown and pay larger firms who aren’t concerned with their types of issues,” he said. 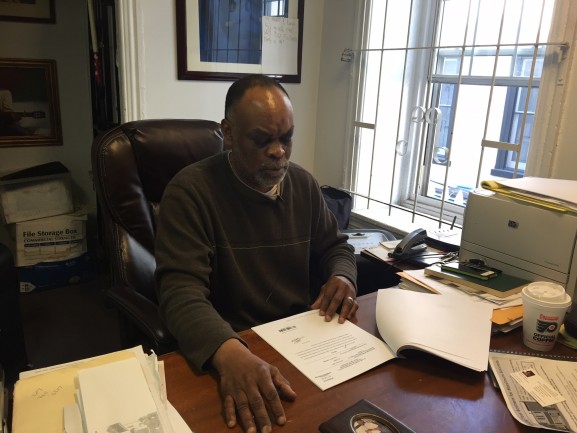 While he has had the opportunity to relocate several times, Mark Keenheel said he gets the best of both worlds by having his law center in the area where he grew up.

“Germantown has always been my home,” he said. “I get to work in Germantown but I also get to be downtown a lot.”

The Maplewood Mall Law Center is open Monday through Friday from 9 a.m. – 6 p.m. and will mark 20 years in business in September 2017.

For Gary Dann, a professional drummer and the owner of The Boom Room music studio in Fishtown, Painted Bride Art Center is as a place that believes in the artistic community. “There are very few […]

Sharon Wasko never thought of herself as an animal enthusiast until she walked a 150-pound mastiff as a favor for a friend. Wasko was an artist looking for jobs and began accepting more four-legged clients […]