For 41 years, the 14-acre plot on Filbert Street between 37th and 38th streets was home to University City High School, Charles Drew Elementary School and The Walnut Center.

Today, those buildings have been erased from existence, leaving behind a vast swath of unfinished terrain littered by rocks, dirt and controversy.

Drexel and Wexford’s construction plan for the 14-acre plot includes a new K-8 school building for Samuel Powel Elementary School, surrounded by residential, retail and recreational space in addition to laboratory and research office space and parking – but no new high school. 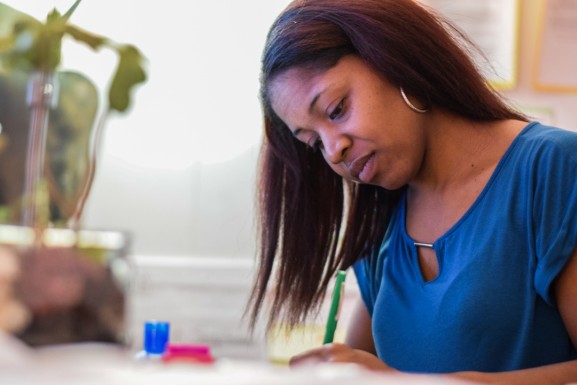 Despite the absence of a public high school in Mantua, after-school programs such as Mighty Writers West, led by 1997 University City High School graduate Khalia Robinson (above), and the West Philadelphia Community Center have been stepping up to educate high school students and encourage them to expand their horizons beyond the neighborhood’s limits.

The students at Overbrook Elementary School took a non-traditional approach to improving their community for Earth Day. The students have been working on a community project, funded by a grant from The Picasso Project. The Picasso [continue reading…]

With East Parkside known widely for attractions like the Mann Center, the Please Touch Museum and Fairmount Park, the small side streets in this community are typically overlooked. The 4200 block of Viola Street proves [continue reading…]