The bustling corridors inside of the Philadelphia Wholesale Produce Market (PWPM) can be an overwhelming place to think logistically about purchasing produce.

The market is inside of a massive temperature-controlled building that spans more than 14 football fields long, where 24 independent produce distributors sell truckloads worth of veggies and fruits from around the world.

Pedestrian walkways are marked with white paint, and bright yellow barriers stand just a few feet between patrons and zooming forklifts carrying enormous wood palettes packed to the brim with everything from watermelons to cactus paddles. Fortunately, none of this chaos seems to phase Michael Sheridan since he started a neighborhood produce delivery service called Fishtown Fruit.

About once every other week, Sheridan, 33, ventures to the PWPM on behalf of his family and neighbors to bring them “nutrition on a budget” without the frustration of navigating a hectic grocery store, picking through a supply of produce in less-than-great condition, and paying too much for it. 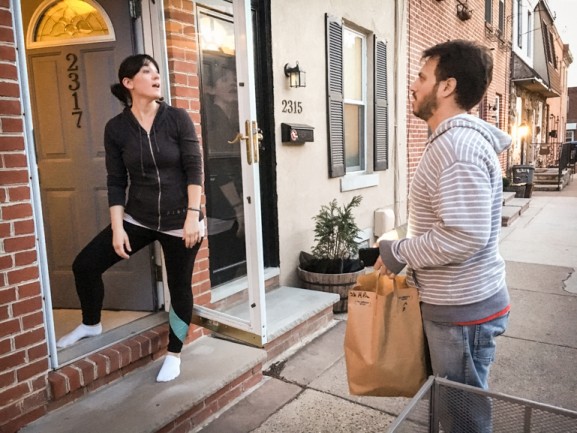 “I’m trying to fill the gap between people who don’t want to buy Fresh Direct, because it’s kind of pricey. They don’t want to buy strictly organic, or a CSA… They just want quality produce at an affordable price,” Sheridan said.

Shopping in bulk and on a budget is just one of Sheridan’s areas of expertise. He was a computer programmer for 10 years, until he lost his job.  Once unemployed, Sheridan said it was necessary for him to limit household expenditures as much as possible on things like groceries and produce. Later, Sheridan’s learned habits of budget shopping became the foundation of Fishtown Fruit.

“I wanted to find a job where I wouldn’t have someone else to be my boss. The only person telling me to work now is myself,” Sheridan said. 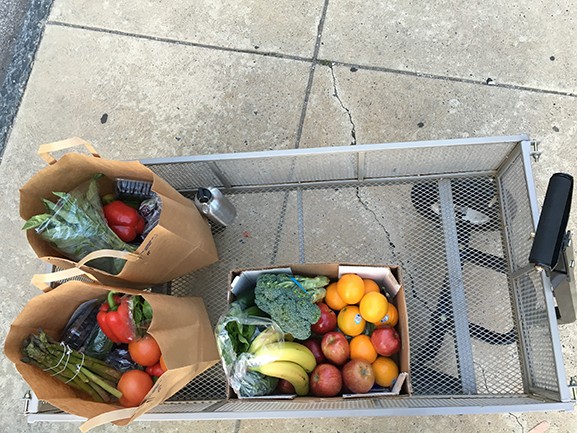 Touring through the PWPM, Sheridan demonstrates keen eye for quality produce, indicating what’s worth buying and what’s not. He points out boxes of spoiled mangoes, boxes of good and bad eggplant, and recalls his first lesson in cantaloupe picking. For the curious, the only proper technique is a sniff-test— no squeezing, knocking or tossing innocent fruit required.

Fishtown Fruit functions on an algorithm that Sheridan made, along with the website that acts as an ordering platform for customers. Once Sheridan plugs the market prices of produce advertised by the PWPM into his system’s algorithm, the best deals for Sheridan and his customers are made clear.

From this point, Sheridan’s customers are able to vote for which produce they want and need. The most recent vote shows bananas, peppers and cucumbers in the lead. Customers then place orders at Sheridan’s best-estimated price, which can be an unpredictable gain or loss for him financially. 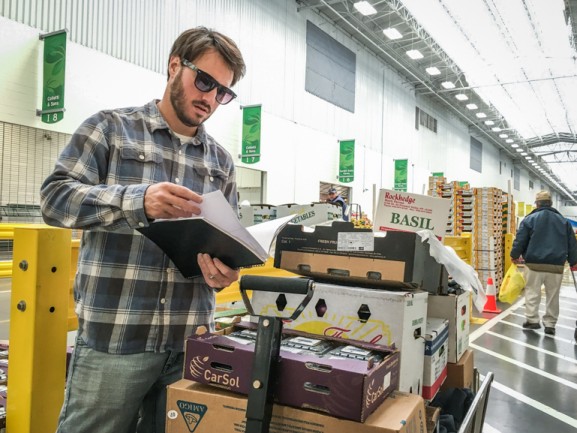 At the market, Sheridan spends about three hours mindfully browsing the massive amounts of produce at different vendors in the market, negotiating with shopkeepers and usually finding what he believes are great deals. He makes multiple trips between the market and his household car, loading up the back section with boxes of produce and his trusted metal cart.

He often finds unusually good deals on produce and adds it to his customers’ orders as an added treat— one week it’s fresh basil and jalapeño peppers. At the end of the shopping trip, the car is packed in a Tetris-like manner with boxes of fruits and vegetables,  just another process that Sheridan has down pat.

At the end of the day after packing up his customers’ orders for delivery, it’s not unusual for Sheridan to have a surplus of produce, which can be a blessing and a curse for his small family. In his Fishtown home, a box of ripe tomatoes sits on the countertop from a previous trip to the PWPM, eventually waiting to be added to a family recipe. Sheridan describes his household as “no-waste,” and said he is used to feeding his family on just $30 dollars a week. 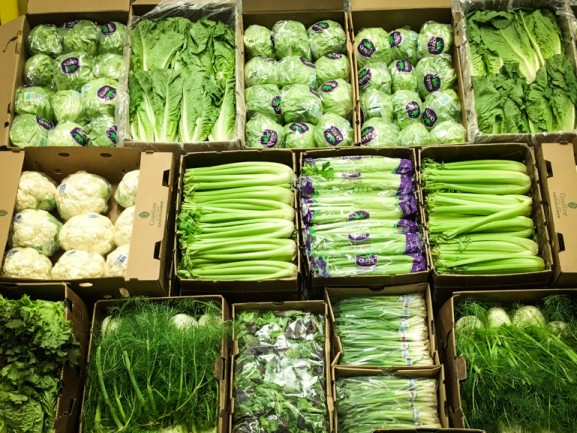 Once ready for delivery just around sunset, Sheridan loads up completed orders in his metal cart, and walks to the homes of his loyal, repeat customers and neighbors. Sheridan receives no payment until the order is completed and the customers are satisfied.  The biggest satisfaction seems to come from the convenience of working with a small business like Fishtown Fruit as opposed to a corporate grocery store, as well as the quality of produce.

“He gets us a great deal on great produce, and it’s super convenient,”said Michelle Rice, a 34-year-old Fishtown resident. “I have a toddler, and sometimes I can’t even get across the street to Thriftway [Shop n Bag], so it’s awesome that it’s delivered right after he goes to bed. It’s nice to have money going to a good place, too.”

“It’s fresh produce, it’s really convenient,”said Brian Clores, a 25-year-old Fishtown resident. “He comes right to our door, and is really responsive. It’s a lot better than going to, like, ACME, which is the other option.”

Sheridan said his ultimate long-term goals include automated delivery by grocery-carrying robots, which he believes are the future of the grocery industry.

But his short-term goals are much more immediately obtainable: making a positive impact on his neighborhood, handling a larger span of people’s groceries, and becoming a staple for Fishtown, and just about any other ‘hood in Philadelphia, if the community demands it.

“Once a month, once a week, however people want it — they wouldn’t have to go to the grocery store at all.”

In Fishtown, art and creativity extend beyond the canvas. Volunteers are painting the local community center, making it an inviting place that everyone can enjoy. Fishtown Recreation Center, located at 1202 East Montgomery Avenue, is [Read More]

When Lauren Cassady first saw the photos on Facebook, she was infuriated.  A friend of hers from the East Kensington neighborhood of Philadelphia had posted pictures of the side of a building with a large [Read More]

Arms outstretched, Conrad Benner leaned out over the silver railing that separated the Schuylkill Banks Boardwalk from the water below. Adjusting the frame of his camera to fit the distant Philadelphia skyline, the 29-year-old held, [Read More]