Priority No. 1 for Cristina Martinez (above), the head chef at South Philly Barbacoa, is “to change the hearts” of customers at the restaurant at 11th and Morris streets.

“They come in and eat the food here, and maybe at the table they talk immigration reform,” Martinez said.

Since acquiring their own brick-and-mortar space, the co-owners of Barbacoa — Martinez and her husband, Ben Miller — have hosted events and met with Mayor Jim Kenney to discuss issues facing undocumented workers in the restaurant industry.

For the couple, there is a personal connection to the issue.

Martinez, who comes from Puebla, Mexico, has not been able to acquire a green card or other signs of legal residency due to a past unlawful presence on her record with immigration authorities.

After seeking legal advice, the couple decided their best course of action would be to try to change the law to allow undocumented immigrants an easier path to getting immigration status. Miller said that undocumented workers often can’t speak up about working conditions for fear of being fired or deported. 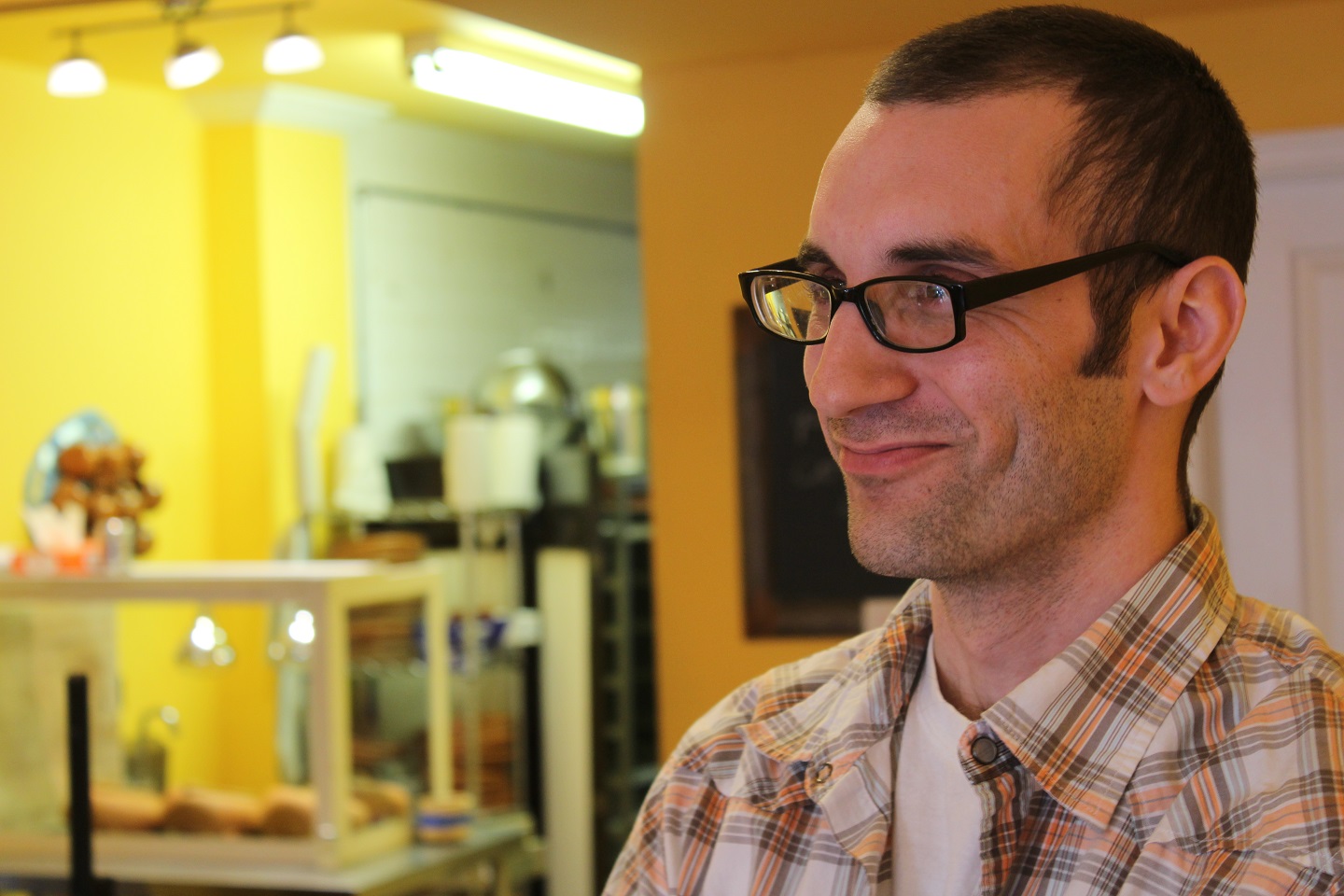 “It’s an exploitable situation, being an undocumented worker,” Miller (above) said. “He doesn’t like the working conditions, there’s no recourse. There’s no workers’ comp a lot of times, there’s no protections.”

“We want to raise undocumented people out of this vulnerable status and say ‘yes they’re here, they’re working, we’re acknowledging their work, their contribution,’ ” Miller added.

Kenney visited Barbacoa on Nov. 3, the day before the mayoral election. He told Martinez and Miller that he wanted to help support them; a few months later, on his first day in office, he restored Philadelphia’s status as a sanctuary city. That means Philadelphia police are prevented from turning undocumented people over to Immigration and Customs Enforcement (ICE) for minor offenses like traffic violations.

Miller and Martinez said they support the change, but will continue to push for more. The current laws could not protect Martinez if she traveled to Mexico to visit her daughter, for example.

“If we were to travel outside of Philadelphia, we’re no longer in a sanctuary city…and while this is protecting people, other things need to happen to give people power and rights,” Miller said.

The events they’ve hosted include screenings of the film “The Hand that Feeds,” which chronicles the struggles of organizing undocumented workers at a chain pizza place in Manhattan. They’ve also hosted collaborative dinner-and-discussion events with other area chefs, including in their East Passyunk neighborhood.

The vehicle for planning all the dinners and demonstrations, the Popular Alliance for Undocumented Workers’ Rights, has about a dozen restaurants slated to be involved in events this spring and summer. Miller said some of the first chefs to hear his message were Tom McCusker, owner of Honest Tom’s Taco Shop in West Philly, and David Suro, who owns the Mexican restaurant Tequilas.

The couple has also been supported in their efforts by Isaiah Zagar, a prolific mosaic mural artist in the city with a studio around the corner from Barbacoa at 10th and Watkins streets. Zagar has used his studio space to host a discussion about undocumented workers and other workplace issues.

Supporting the couple’s efforts does bring its advantages for Zagar.

“It’s wonderful food,” he said. “Cristina, she’s an inheritor of a tradition that really works…there’s fresh ingredients, the mutton is terrific…and I have a lifetime membership.

“What they’re trying to do is something that’s peaceful and humanitarian, and it’s to be commended,” Zagar said. “I’m happy to support them in any way I can.” 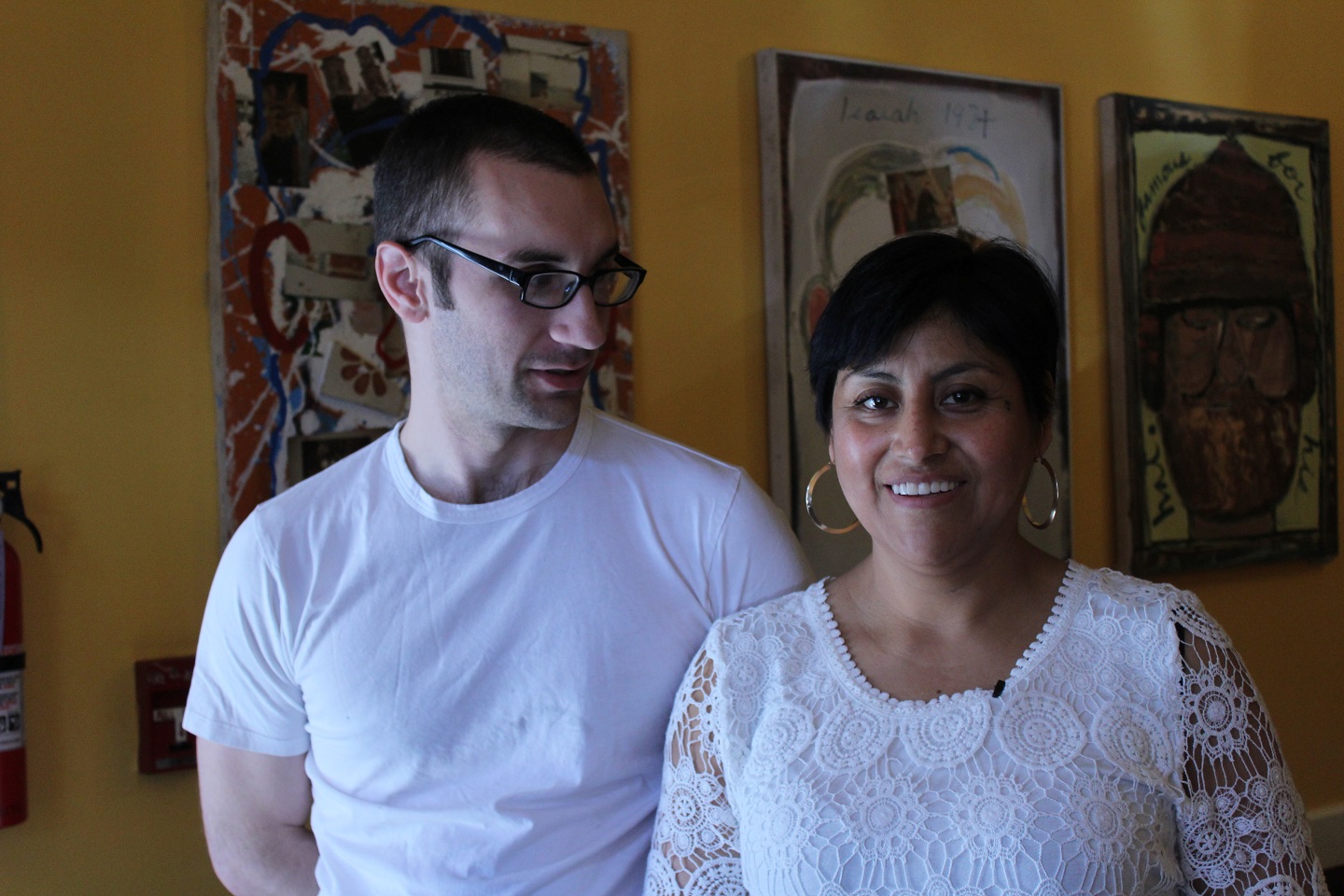 Martinez first met Miller when he worked as an entry-level cook at Amis, an Italian restaurant in Center City. She was a pastry chef.

“We worked together every day, and we really enjoyed working together, we had a good rapport,” Miller said. “I admired the way she worked, her work ethic. And for whatever reason, she liked me too.”

The two began cooking barbacoa in Miller’s apartment and hosting community members for a meal on Sunday, around church schedules. As the couple’s popularity grew, they obtained a few catering jobs and soon enough they had a popular food cart parked at 8th and Watkins streets.

The two got word of a space opening up at 11th and Morris streets, as the Vegan Commissary moved to a larger space. They made the move, and only stopped making barbacoa for one week while they renovated the space.

Since July 2015, they have had a brick-and-mortar space of their own to make barbacoa, cuts of a lamb steamed whole, in a pit oven with maguey (also known as agave) leaves for 10-12 hours.

Some of the lamb is made into a pancita, a type of sausage. The different cuts of meat are served in a fresh corn tortilla with fixings like hot peppers, onions, lime, cilantro and guacamole. The drippings are made into a rich consomme with rice, garbanzo beans and fresh spices.

While customers eat, the owners’ views might just become part of the dining table discussion.

“It does go the other way, too,” Miller said. “Now some people are saying, ‘We like your politics, what do you have to eat?’”

With more catered dinners coming up this summer, the Barbacoa owners have no plans to slow down their efforts. 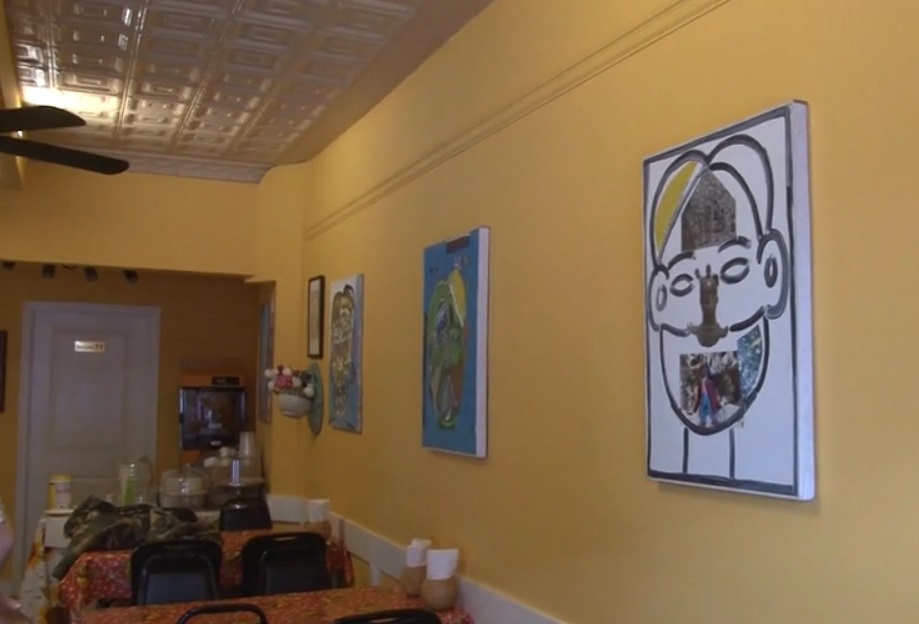 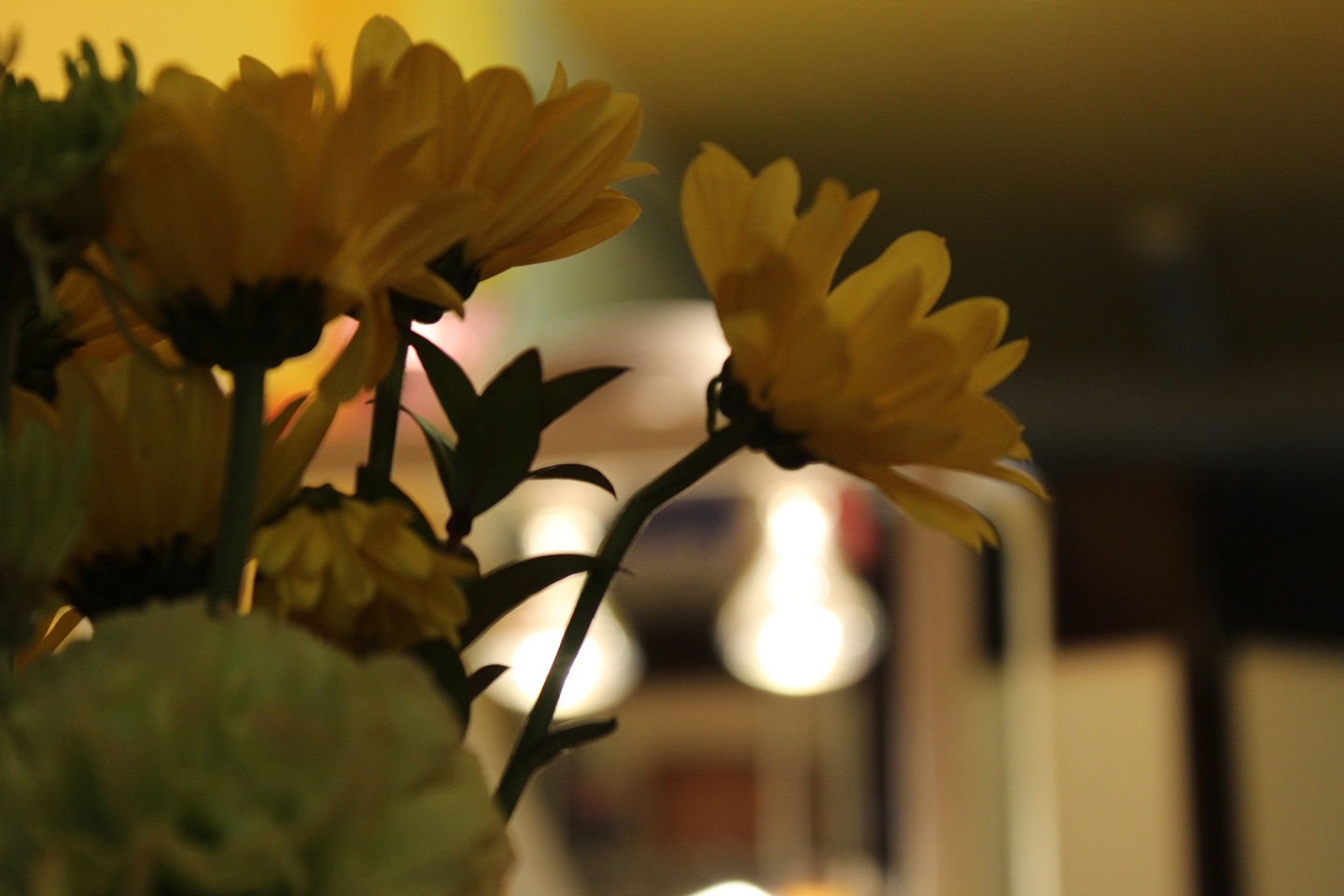 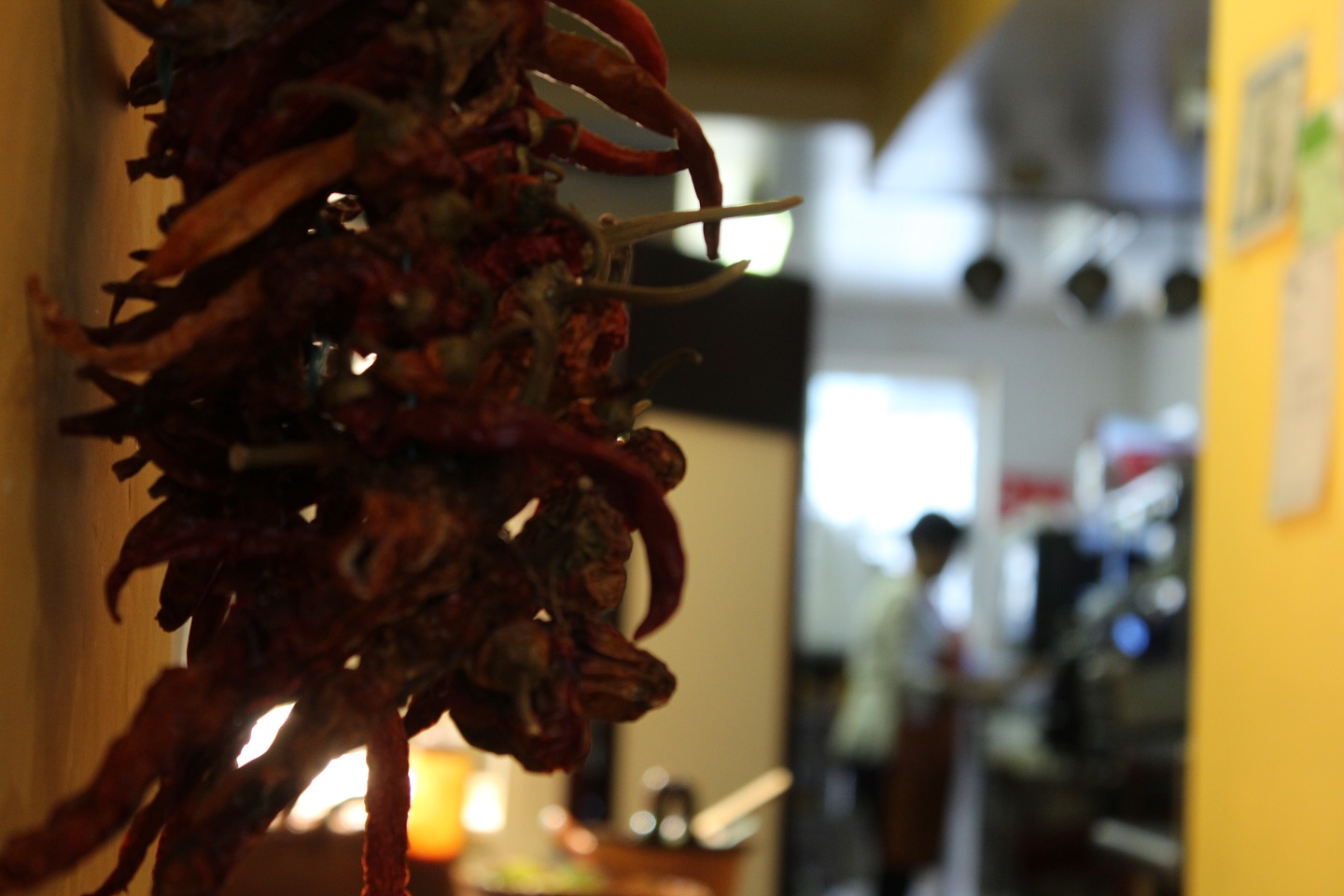 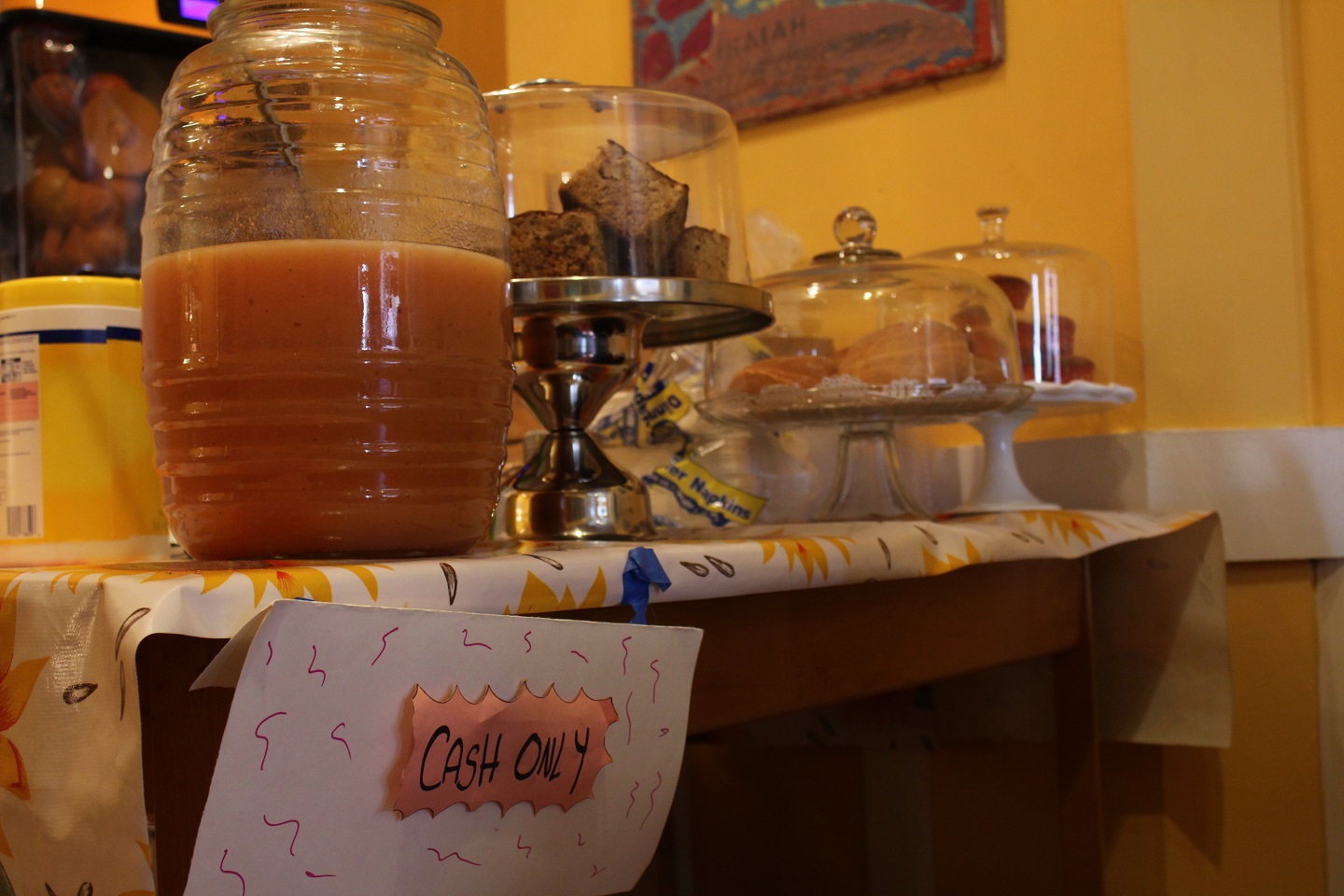 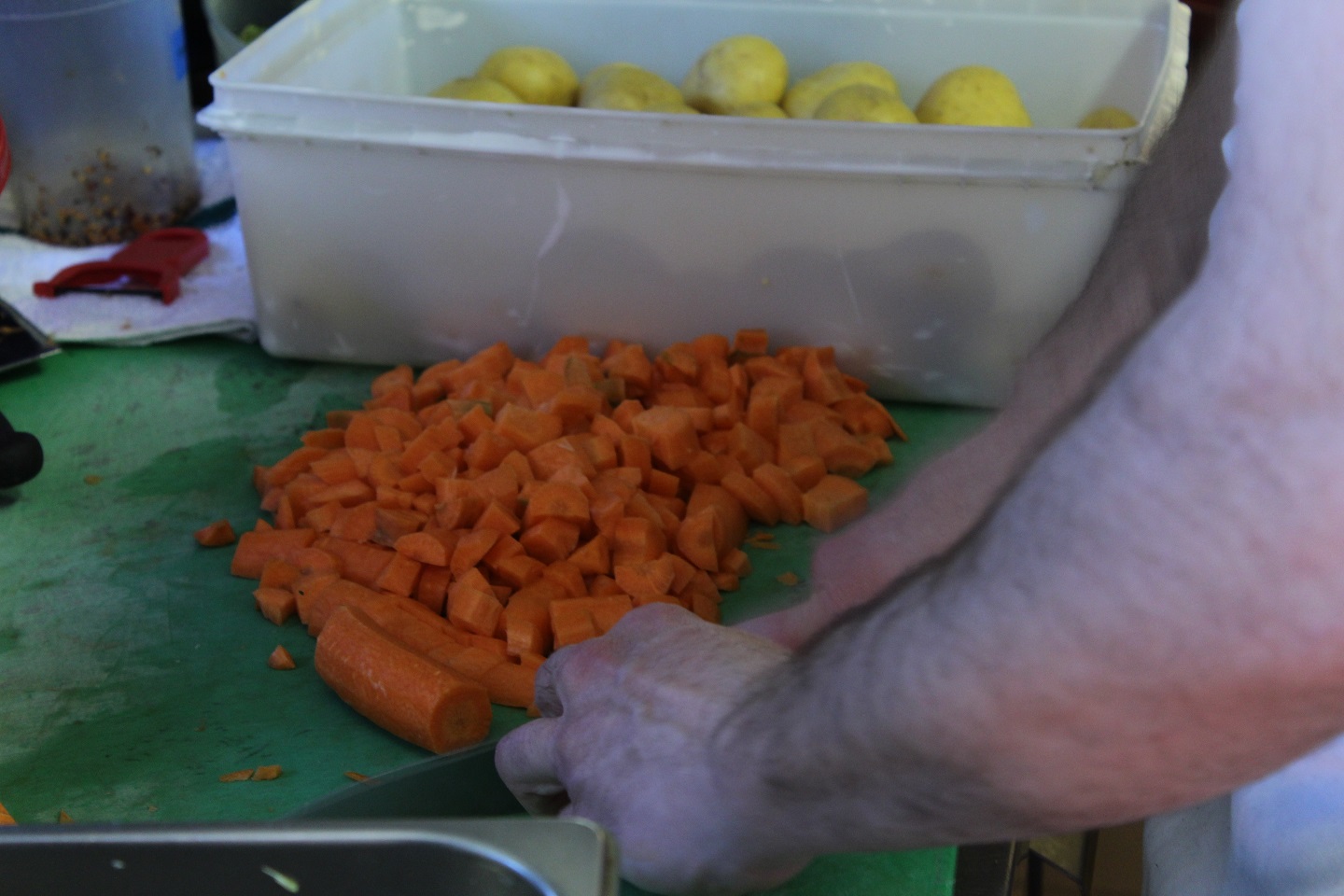 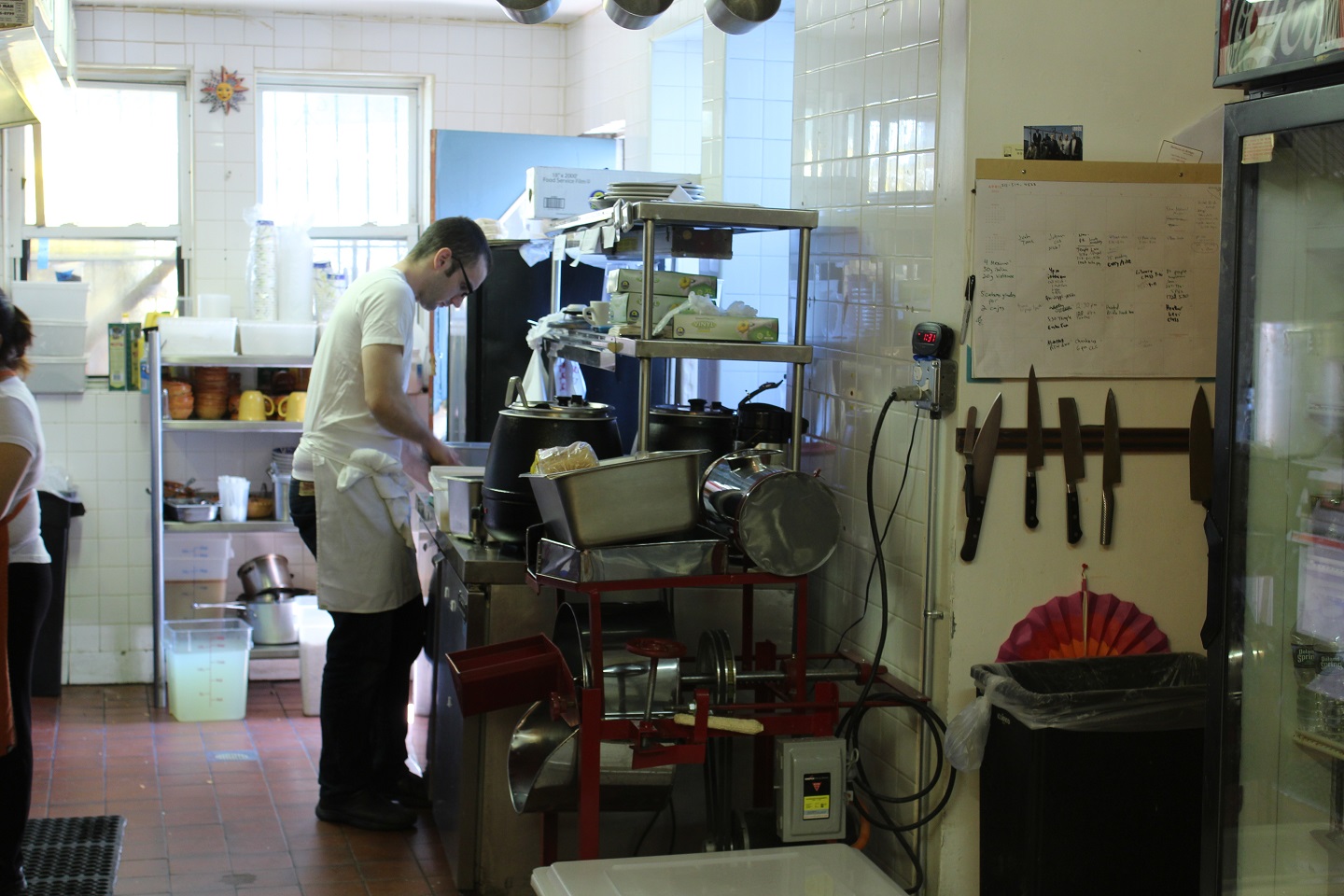 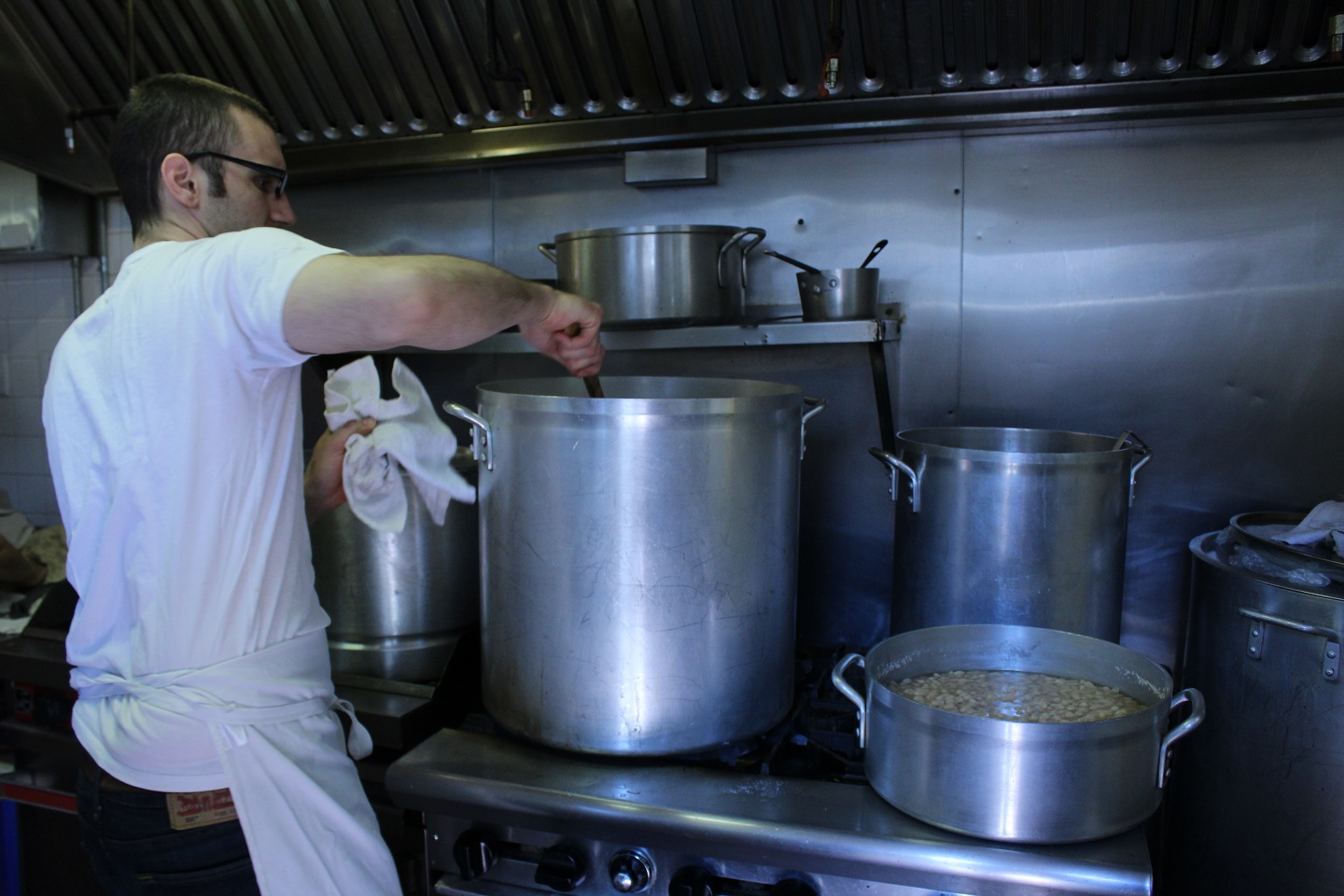 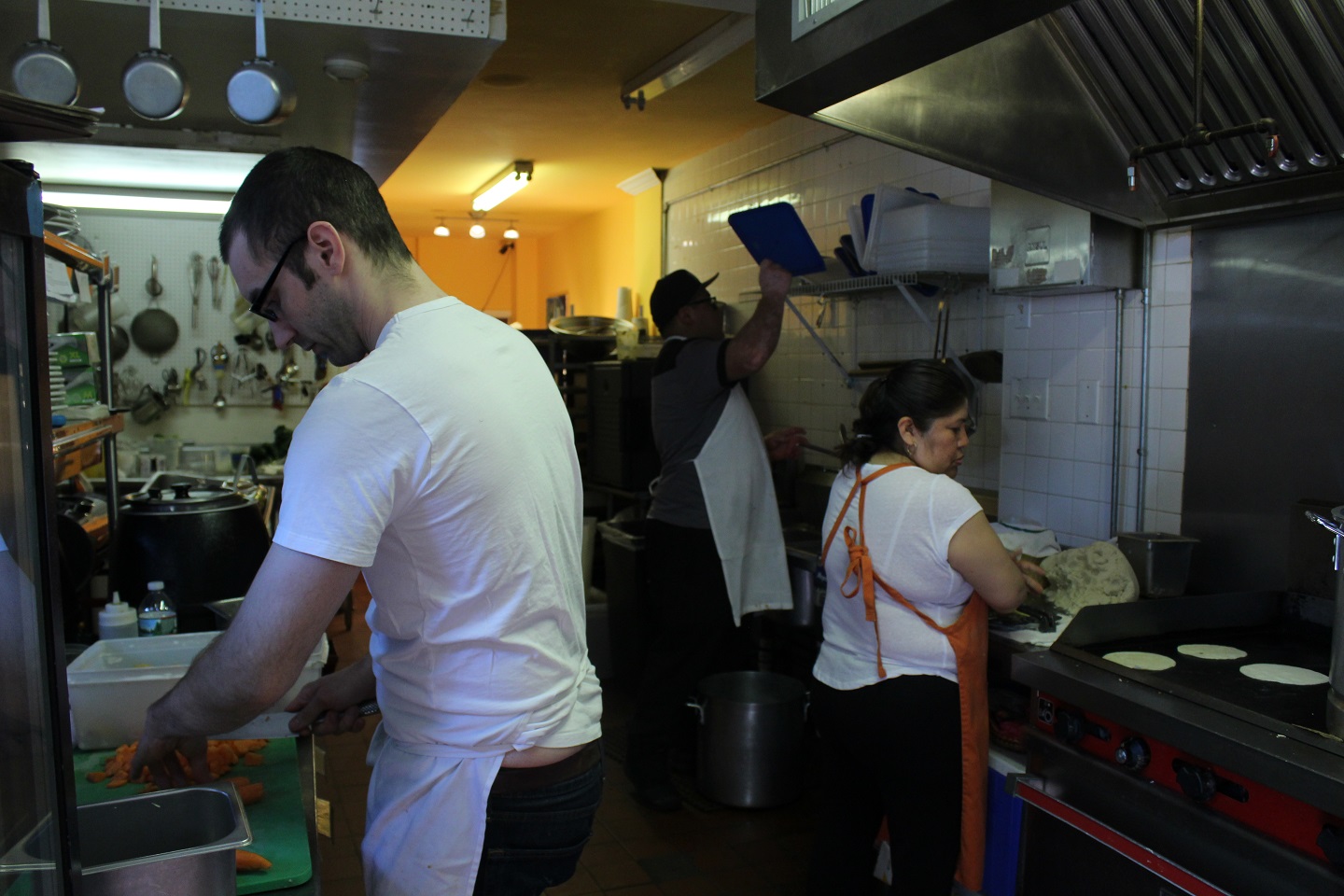 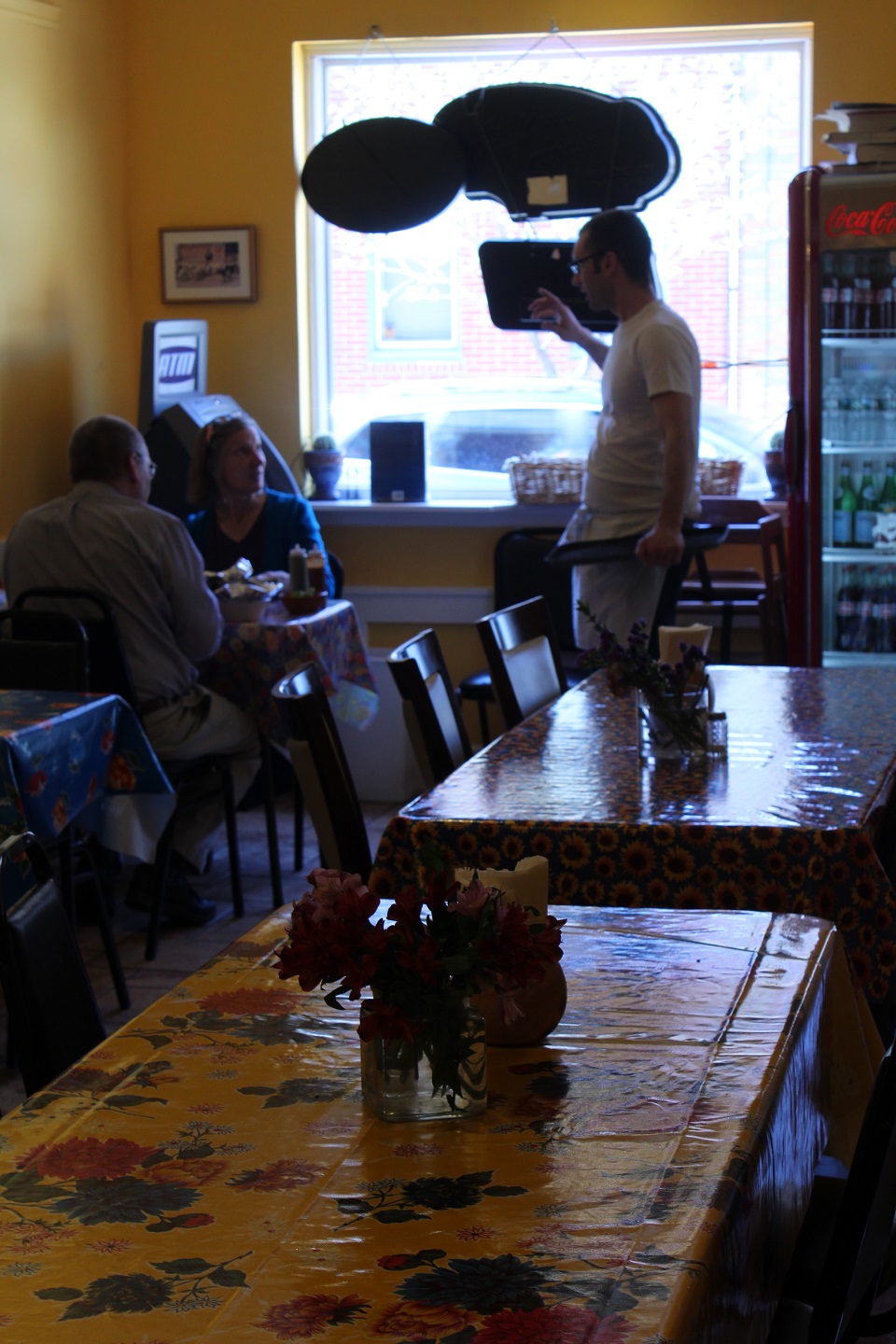 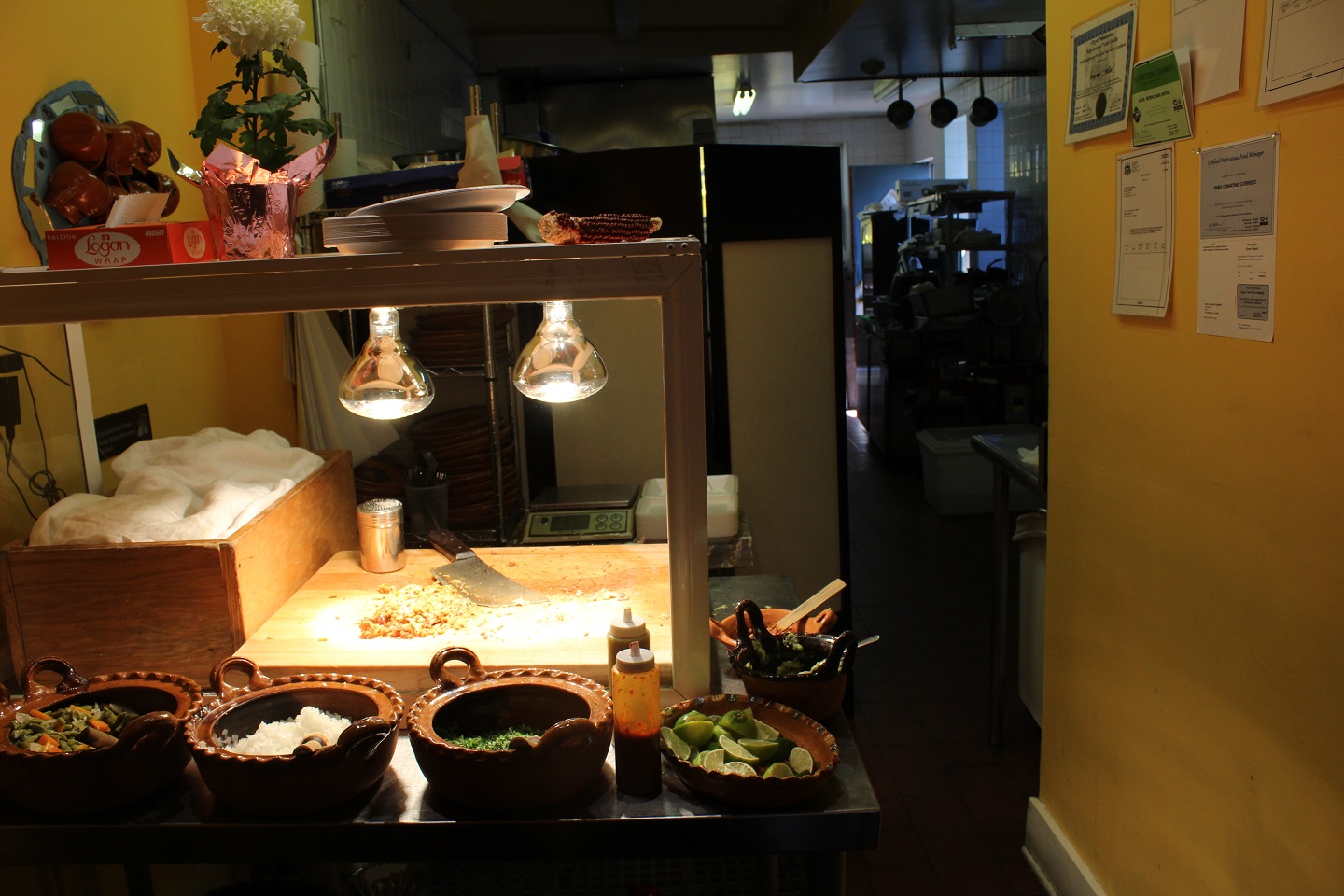 <
►
>
Workers in the kitchen at South Philly Barbacoa make tortillas and consomme, a soup made with rice, garbanzo beans and the drippings from the steamed lamb.

— Words, images and video by Erin Edinger-Turoff and Joe Brandt.

Councilwoman Maria Quiñones-Sánchez (above, in red) was the first Latina elected to a district seat in City Council and has continued to advocate for Philadelphia’s diverse communities since. Working directly with Mayor Jim Kenney, she proposed a […]

Thousands of pro-immigration reform activists rallied in front of the U. S. capitol this week. Many activists said they were hoping that Congress would pass a comprehensive immigration law. The House and Senate are deciding […]