Now, advocates of Mayor Jim Kenney’s proposition for universal pre-kindergarten say such a program could help put more students on the path to success. But critics don’t like the plan to pay for it: A tax on sugar-sweetened beverages such as soda, juices, energy drinks, sport drinks and teas.

Donna Cooper, 57, is the executive director for the Public Citizens for Children and Youth (PCCY), a child advocacy organization that promotes the health and well being of children. Much of PCCY and Cooper’s work has been promoting legislation and programs, such as universal pre-K, that seek to benefit kids in the long run and lead them to successful and happy lives.

“We are 100 percent behind the effort to expand pre-K to every child in Philadelphia,” she said. “There are roughly 17,000 kids between the ages of 3 and 4 in Philadelphia without access to quality pre-K.” 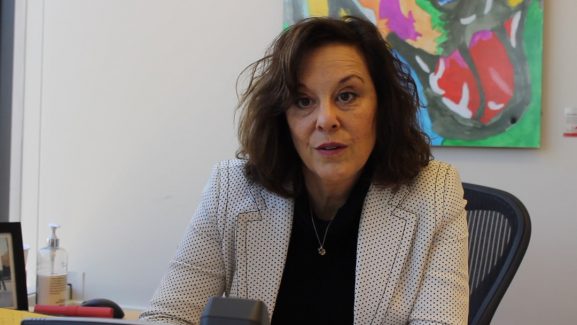 Cooper (above) went on to discuss that if this proposal is passed, 10,000 of those 17,000 kids will gain access to pre-K within three years. She believes this will dramatically increase the level of development for students once they reach kindergarten and beyond.

“Kindergarten is the first step of a 13-year learning process, and if you don’t start off right, it’s really hard to figure it out later on,” she said.

On May 19, 2015, 80 percent of Philadelphia voters approved the creation of the Commission on Universal Pre-Kindergarten. The group later proposed that pre-K should be paid for by a sugary drink tax of 3 cents per ounce. This has caused many groups, particularly those such as the Teamsters Local 830 Labor Union, to speak out against the bill.

Dennis McGinley, a union shop steward and employee of the Pepsi Bottling Co. in Philadelphia, said it could hurt their industry.

“Pepsi and Coke are companies that produce their products worldwide, so it’s very easy for them to take the products out of this market and have them produced somewhere else, which means a loss of jobs here,” said McGinley (below). 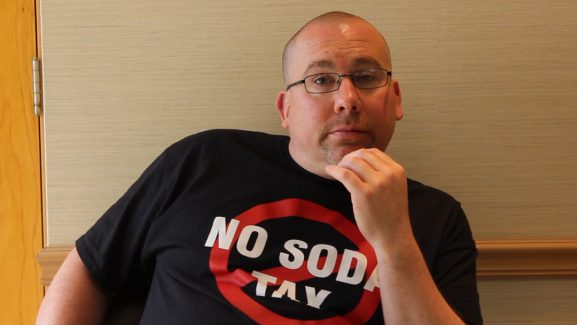 Cooper however, feels that the tax is a necessity if it means that there will be free pre-K for all.

“Because it raises the revenue needed to move us towards universal pre-K and improve our rec centers and parks and libraries, we’re on board,” she stated.

Cooper also believes that perhaps there will be other positives to the increased price in soda as well.

“Sugary drinks are something we should be discouraging children from drinking,” she said. “So anything that’s going to perhaps cause teenagers to choose healthier options to drink, I’m in favor of.” 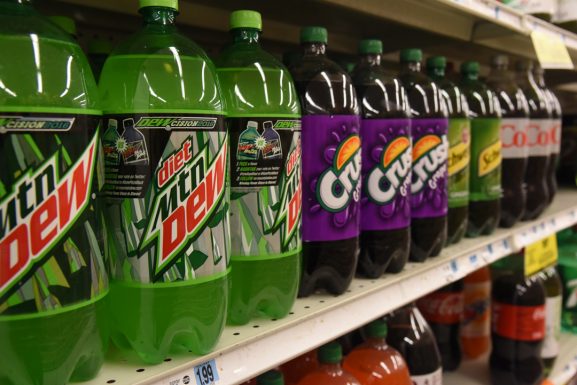 Jennifer Mateo, 32, a resident of South Philadelphia, has a 2-year-old daughter, Olivia, who will gain access to early education from universal pre-K if it is put into effect.

“It would give her a nice leeway into schooling right before kindergarten,” Mateo said.

Olivia’s father, Matthew Stellabotte, 30, also agrees that universal pre-K is a good thing for his daughter.

“Their growing education level depends on those early years and how well they perform in pre-K, kindergarten, first grade, second grade, and so on,” he said.

Still, Stellabotte said he is unable to support this proposal being funded by the sugary drink tax.

“I believe it’s definitely a direct hit at the poor when middle-class families are already struggling to put food in the fridge for their families,” he stated.

Under Kenney’s proposal, the tax would be assessed on drink distributors – so, for example, every distributed 2-liter bottle of soda (68 ounces each) would mean a payment of $2.04 to the city. Tax opponents contend the extra cost would be passed along to consumers; however, a recent study published by the National Bureau of Economic Research found that a penny-per-ounce soda tax assessed on distributors in Berkeley, California, was not fully passed along to the public.

Cooper hopes that Philadelphians, and City Council in particular, will see the benefits of universal pre-K for the young minds in the city, and will choose to go through with the proposal for the sugary drink tax. Council members must approve the tax for it to take effect.

“Pre-K is really focused on building the whole mind of the child,” she said. “When you do that, the more likely they are to enter kindergarten ready to be in a class … and those are critical things for success in school going forward.”

– Text and images by Matthew Leister and Matt McGraw

Patrick Fink, 27, a piano instructor and professional musician, has taught music since 2006. Fink has taught private lessons from his home in Roxborough for nearly 10 years, and has traveled to give lessons in [Read More]

Education: A Look Inside the District’s Struggling Schools

—Text and image by Lora Strum and Ashley Hart

A mixture of art, history and parks makes Northwest Philly a diverse area for community activities and events. Check out the community treasures of the Northwest. Woodmere Art Museum This 19th-century Victorian mansion sits on six [Read More]