Approaching its 15-year anniversary, the Sustainable Business Network (SBN) has grown from a small nonprofit startup, into a thriving organization dedicated to social and economic sustainable business practices.

Founded by Judy Wicks, co-founder of the Business Alliance for Local Living Economies and the White Dog Café, SBN has been another success in her contribution to Philly’s sustainability community. 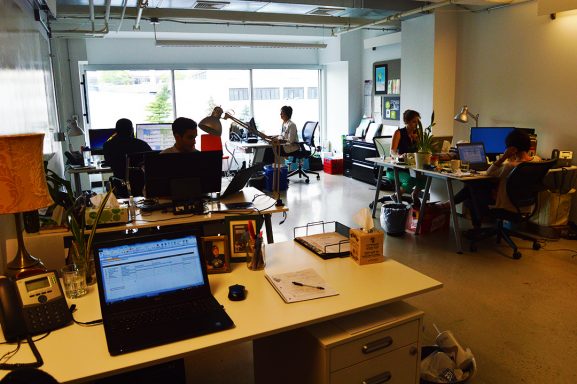 With the White Dog Café, established in 1983, Wicks modeled through her practices how a business could be about more than just making a profit. Wicks sold the café in 2009 to Marty Grims with an agreement that the new owners abide by triple bottom line principles.

Triple bottom line, a phrase coined in 1994 by John Elkington, describes the separate financial, social and environmental “bottom lines” of companies. According to TBL principles, a business should not just be concerned with its financial profit, but also its impact on people and the environment.

Wicks founded the SBN in 2001 hoping to share those principles and practices with more people and businesses.

Located at the CityCoHo building at 2401 Walnut Street in Center City West, the SBN office is made up of seven employees, though the organization also has of a full board of directors and more than 400 members. 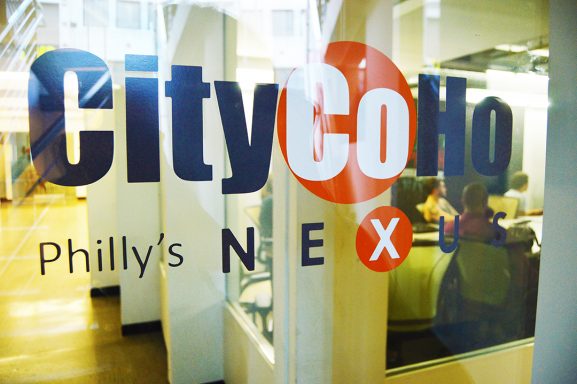 Jamie Gauthier, the SBN’s executive director for the past three years, described Wicks as the mother of the triple bottom line business movement in Philadelphia.

“She has always had this vision on creating a local, living economy here in Philadelphia, and also spreading those ideas broadly,” Gauthier said. “SBN has a community of businesses that are practicing or interested in practicing triple bottom line business principles.”

Gauthier (pictured below) came to SBN after working with a nonprofit called Local Initiative Support Corporation, where she did community and economic development work in Philly. 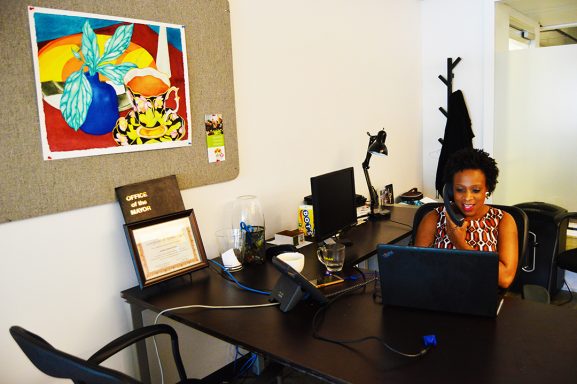 Both Gauthier and SBN’s Policy and Advocacy Manager Saleem Chapman have led the team in working with legislature to push tax incentives for sustainable businesses. Recently, SBN began an advocacy in support of Mayor Jim Kenney’s budget and soda tax proposal. The initiative included Kenney’s proposal to levy a 3 cent per ounce tax on sugary beverages in order to fund universal pre-school and community schools, the rebuilding of parks and recreation centers, as well as an energy campaign.

The SBN believes, among other things, that the sugary beverage tax will lead to healthy, sustainable communities and a strong, local economy that is headed into the future.

“For me it really crystallized who we are as an organization and what we stand for,” Gauthier said. “It was really memorable and inspiring for SBN to be the only business organization that was standing up for education and the rebuilding of neighborhood infrastructure because we realize what that means for building the local economy in the long run.”

As executive director Gauthier assists with SBN events like the recently launched series of meetings called “Best Practice Forums.” The idea for the forums came from SBN’s members’ strategic planning process, which helps the organization figure out what direction members want it to head in the future. 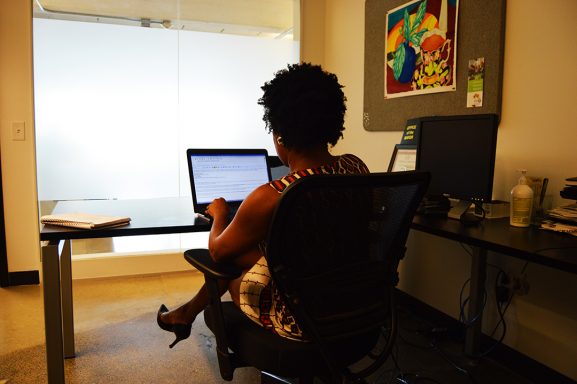 The forums offer members an opportunity to not only learn about particular topics in a workshop-type setting, but dig deeply into those topics and find out how businesses are dealing with various challenges when it comes to triple bottom line principles and policy advocacy.

Lynne Andersson (pictured below), a graduate of the University of North Carolina at Chapel Hill with a Ph.D. in organizational behavior and social issues in management, is a professor of business ethics and society at Temple’s Fox School of Business. 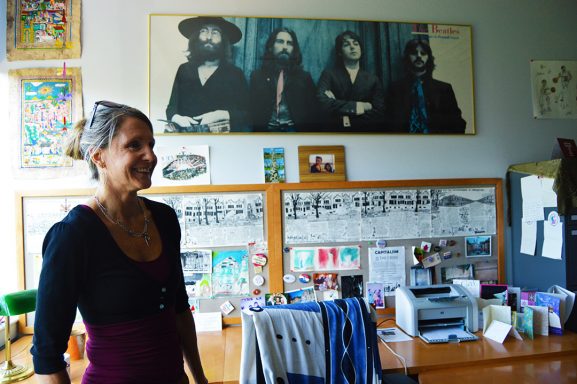 Andersson joined the SBN when it was established in 2001 but initially used it as a vehicle to help her students get internships. When Gauthier, who Andersson says she befriended rather quickly, asked her to be a part of the SBN’s board of directors three years ago, Andersson jumped at the opportunity.

Although she is the only academic on a board of entrepreneurs and businesspeople, Andersson feels she can make an impact and benefit the SBN with her knowledge of sustainable business practice education.

“I think I’m able to bring to the board knowledge of education and I can help with our educational initiatives that we’re doing with SBN,” Andersson said. “We try to educate members on triple bottom line practices. How do you measure social responsibility? How do you measure environmental responsibility? So, the educational component is something I can be helpful with on the board and I really like that.”

Nicole Koedyker, a Drexel University graduate and co-founder/chief sustainability officer of Forsei Consulting, has worked with SBN for about five years and is now a member of their policy committee. As a co-host and moderator for the Best Practice Forums, Forsei is also working with SBN’s recent policy and advocacy initiatives to push forward legislation for tax incentives. Similar to SBN, Forsei strategizes with small businesses, non-profits and legislature to uphold TBL practices. They focus on hosting educational workshops, networking events and providing resources for businesses who want to become more sustainable.

“When I started Forsei, I knew it was important that we join a network of other people who were already sustainability-focused or trying to go that way and learn from other members,” Koedyker said.

She said Forsei is continuing to work with SBN on current legislative policies and plans to expand into impact evaluation specifically around the government’s climate change initiatives.

“In a city like Philadelphia, where we’re so used to being so community and neighborhood-focused, I think that what B-corps and sustainable businesses do is enhance that community,” Koedyker said. “We’ve been working with SBN on pushing forward legislation around providing tax incentives because I think that makes business-sense to be able to benefit those who are doing good for the city.”

-Text, images and video by Alexa Zizzi and Daniel Newhart.

Amanda Bowman always imagined herself as a mother. When the time came for her to have children, she was presented with two surprises. The first: she would have to raise them as a single parent. [Read More]

In 1997, Jaime Salm moved to the United States from Colombia with a creative eye for design and a strong value for environmental protection. It wasn’t until after college that he would merge the concepts [Read More]