When a person transitions from a rural to an urban environment, one of the first noticeable differences they may realize is the consistent lack greenery.

The color green has been shown to ease symptoms of anxiety and depression, while also promoting an overall positive message. Recent studies have indicated that green spaces can help too.

According to a 2014 study conducted by Environmental Science and Technology, green spaces “could lead to significant and sustained improvements in mental health.”

The Friends of Bainbridge Green (FOBG) are residents of Queen Village looking to capitalize on this idea, and their dreams of making a quaint stretch of land between Third and Fifth streets into a sprawling park are slowly turning into a reality. Closely connected with the Queen Village Neighbors Association (QVNA), FOBG is partnering with QVNA, the South Street Headhouse District (SSHD) and Philadelphia Parks and Recreation to envision a new 20,000-square-foot park area that will welcome all who head toward Fabric Row and the surrounding area. 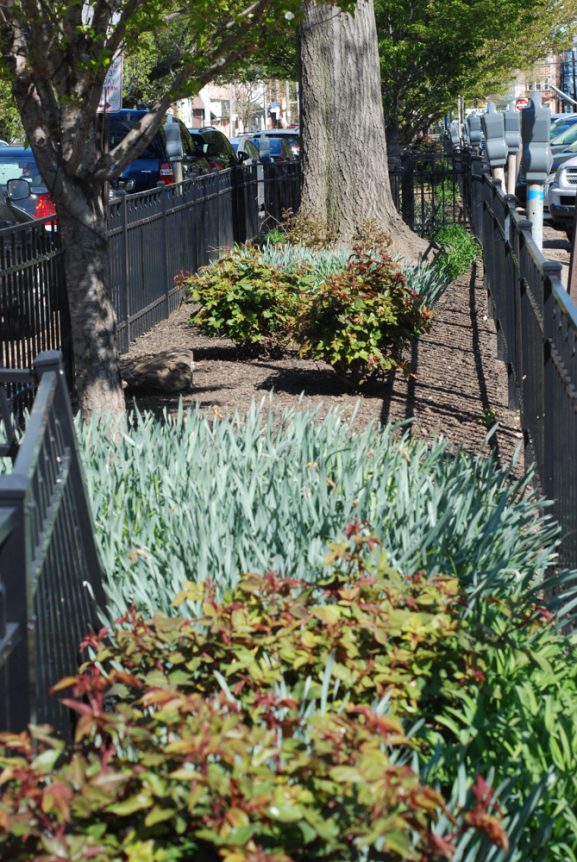 “It’s something that neighbors have been trying to figure out since the ’70s, how to utilize this space,” said QVNA president Lauren Leonard. “Right now, it’s an area people use to look for parking, but there is infinite potential for it to serve the need of parking for businesses while also being a great public space.”

But FOBG and its partners believe this space can be utilized in a multi-faceted fashion.

With park benches and a bike share station on one end of the area, Bainbridge Green has the potential to be a hub for pedestrian activity. FOBG takes this potential seriously, with recent efforts to successfully remove an unsightly wall near the bike share that promoted illegal activity as well as an obstacle that blocked the sight line down the garden path in the center of Bainbridge Street.

“[Green space improvements] definitely make the area nicer,” said Chris Mericle, who lives about a block away from Bainbridge Green. “My wife and are actually looking to buy a house right in this neighborhood.” 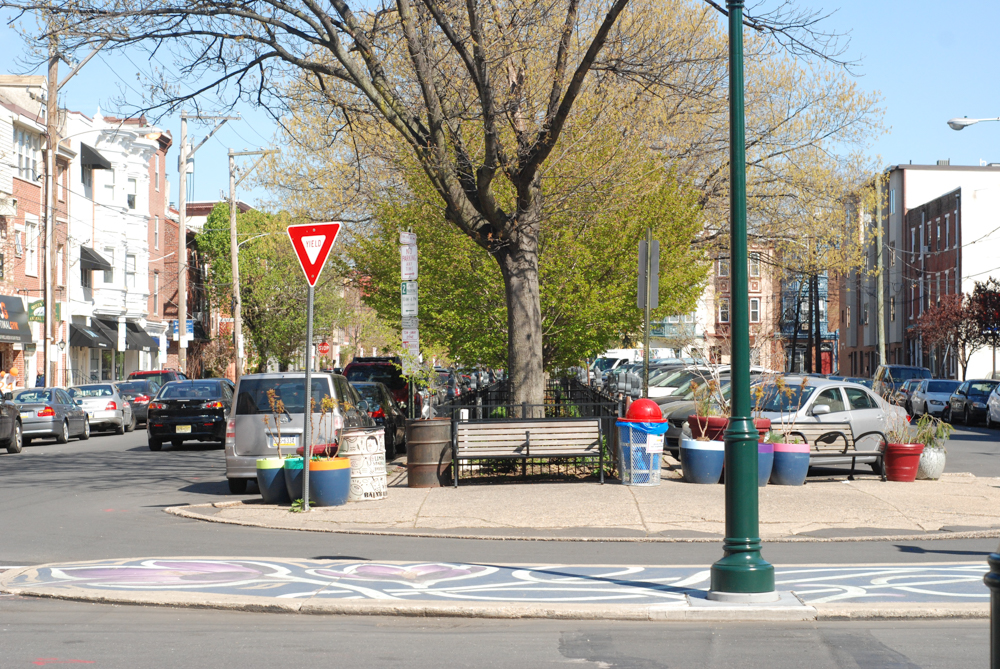 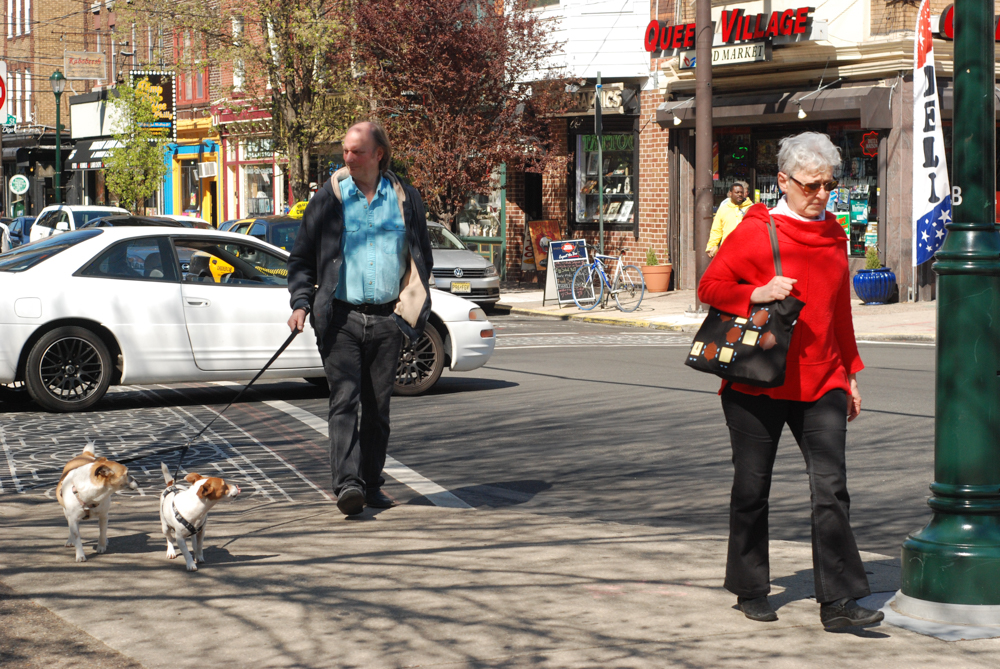 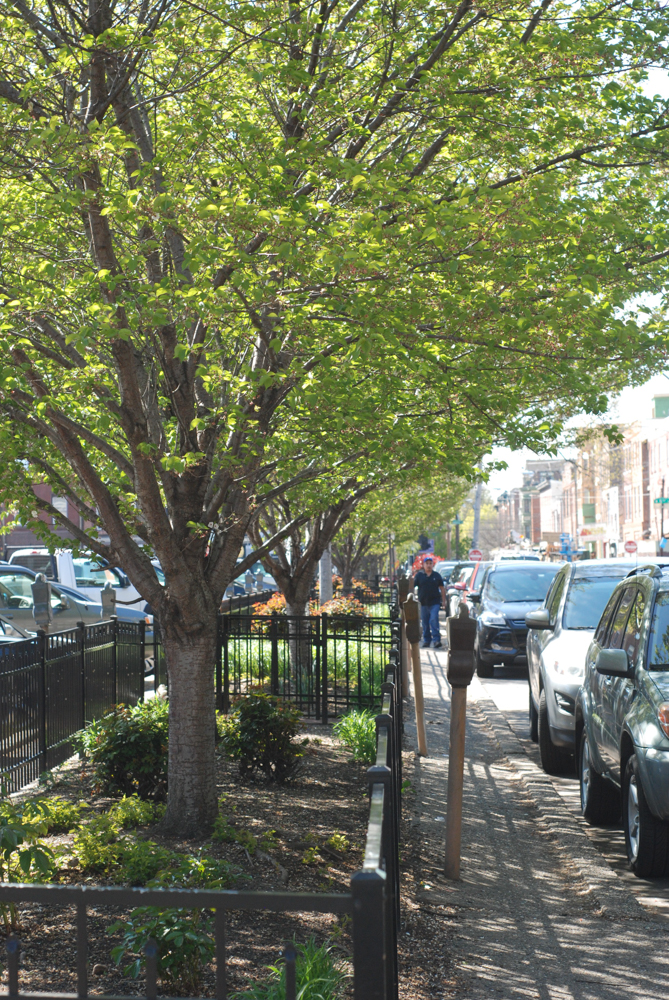 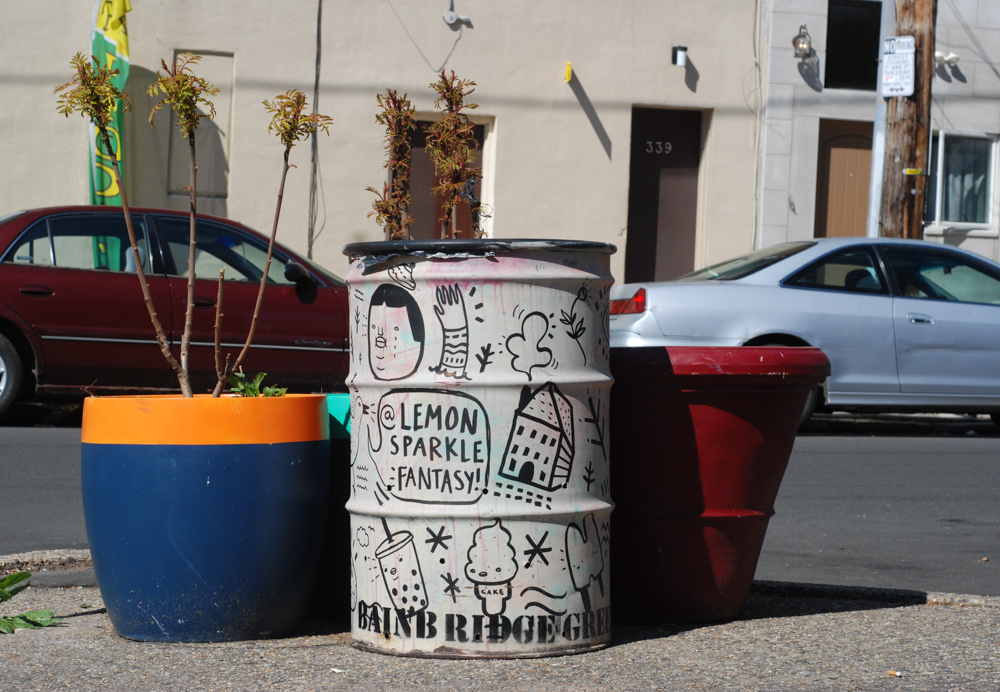 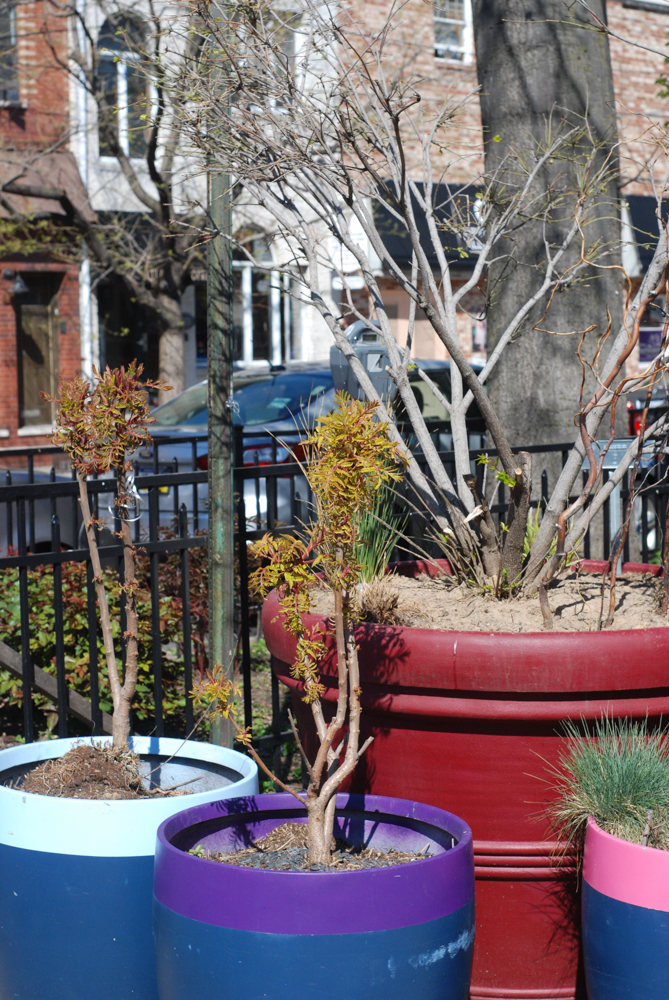 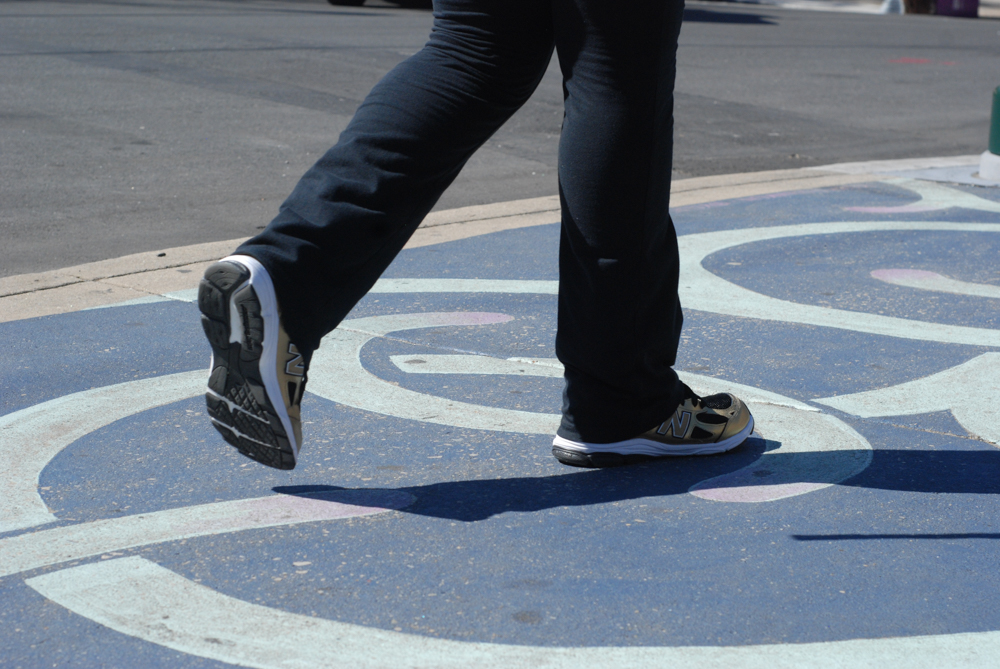 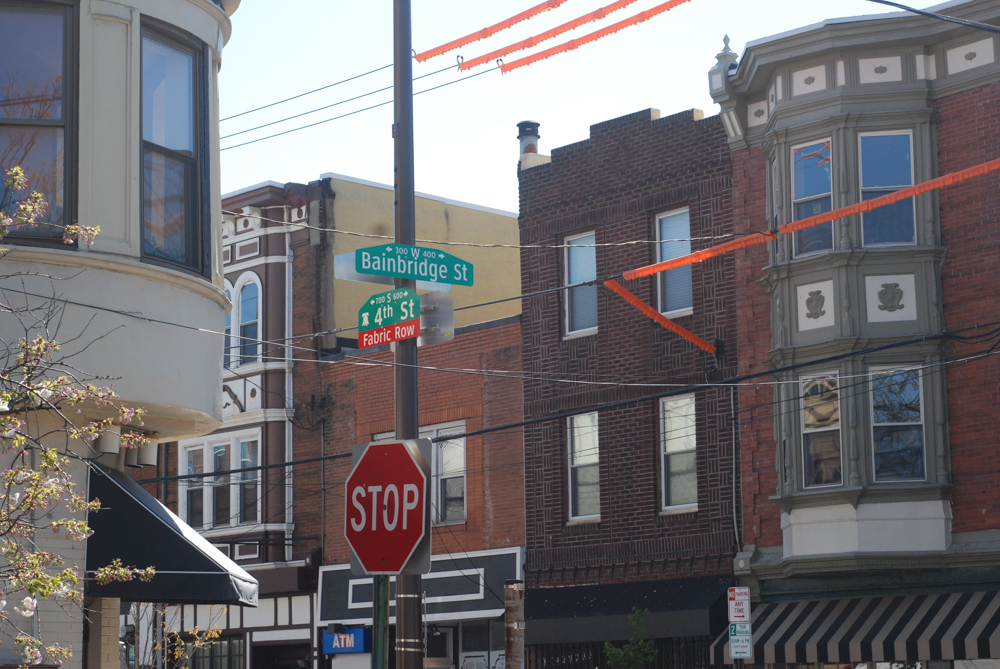 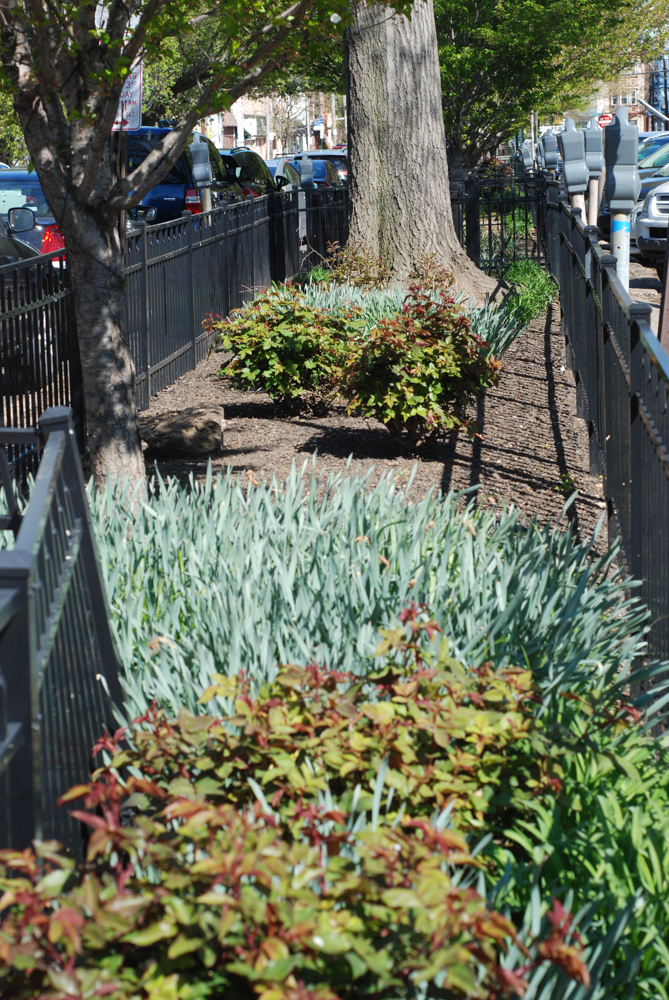 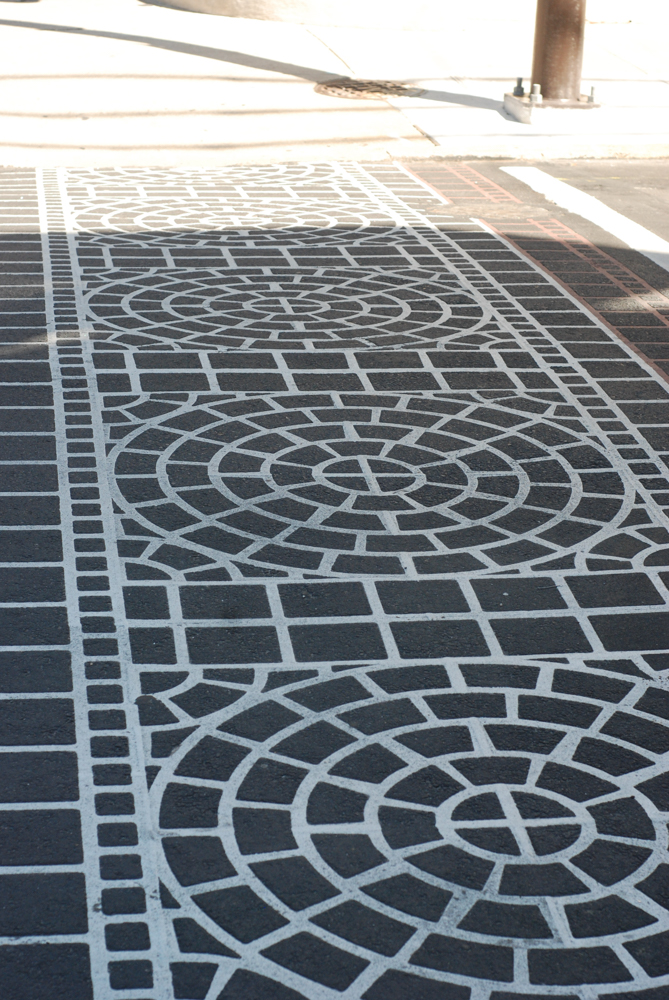 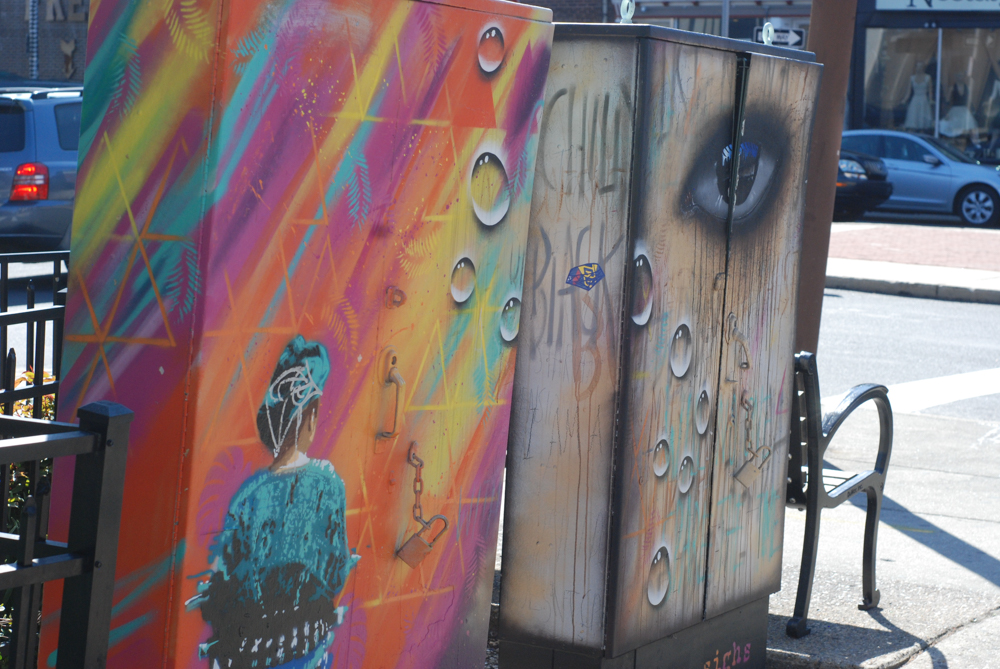 Community events like the Bainbridge Green Festival illustrate how residents want to make this an area for families and businesses to thrive together. After matching a service grant posed by the Community Design Collaborative with help from QVNA and SSHD, Friends of Bainbridge Green worked with local design teams to develop three distinct plans.

Unveiled in November 2015, the three plans — named option A, B, and C — provide residents with different approaches on how to vitalize the current space. 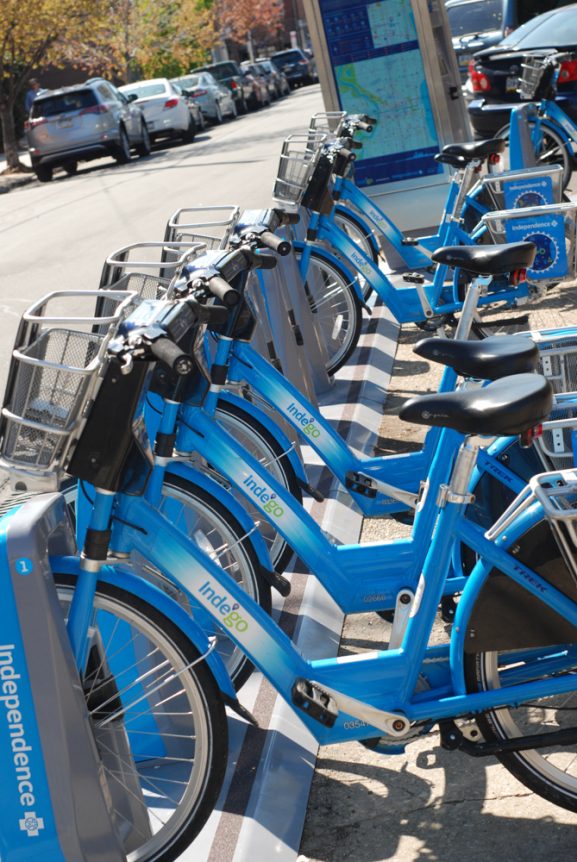 After the initial announcement of the three possible plans, FOBG opened up a dialogue for the community to engage in. By creating a design survey with voting incentives, the hope is for a neighborhood-wide discussion that brings residents together for a consensus choice.

“I imagine like most public projects that [the vote] will wind up somewhere in the middle,” said QVNA’s Leonard. “You’re compromising, you’re getting a great public space but you’re also not really impacting businesses adversely.”

Regardless of the vote’s ultimate outcome, the process by which it is being administered and the people behind it represent the passion to improve the daily lives of Queen Villagers. There is a consistent effort to make the neighborhood more welcoming than it has ever been before. 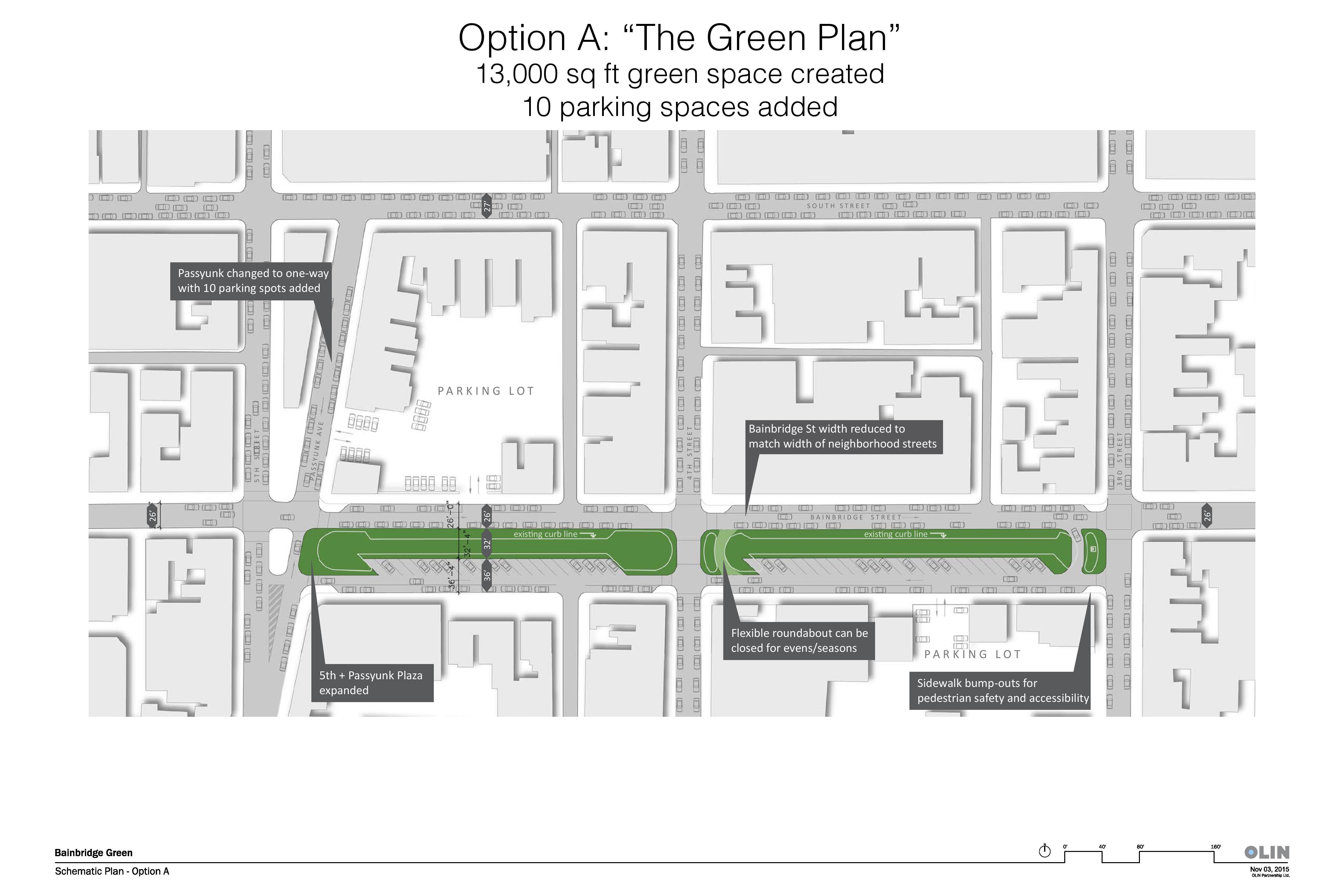 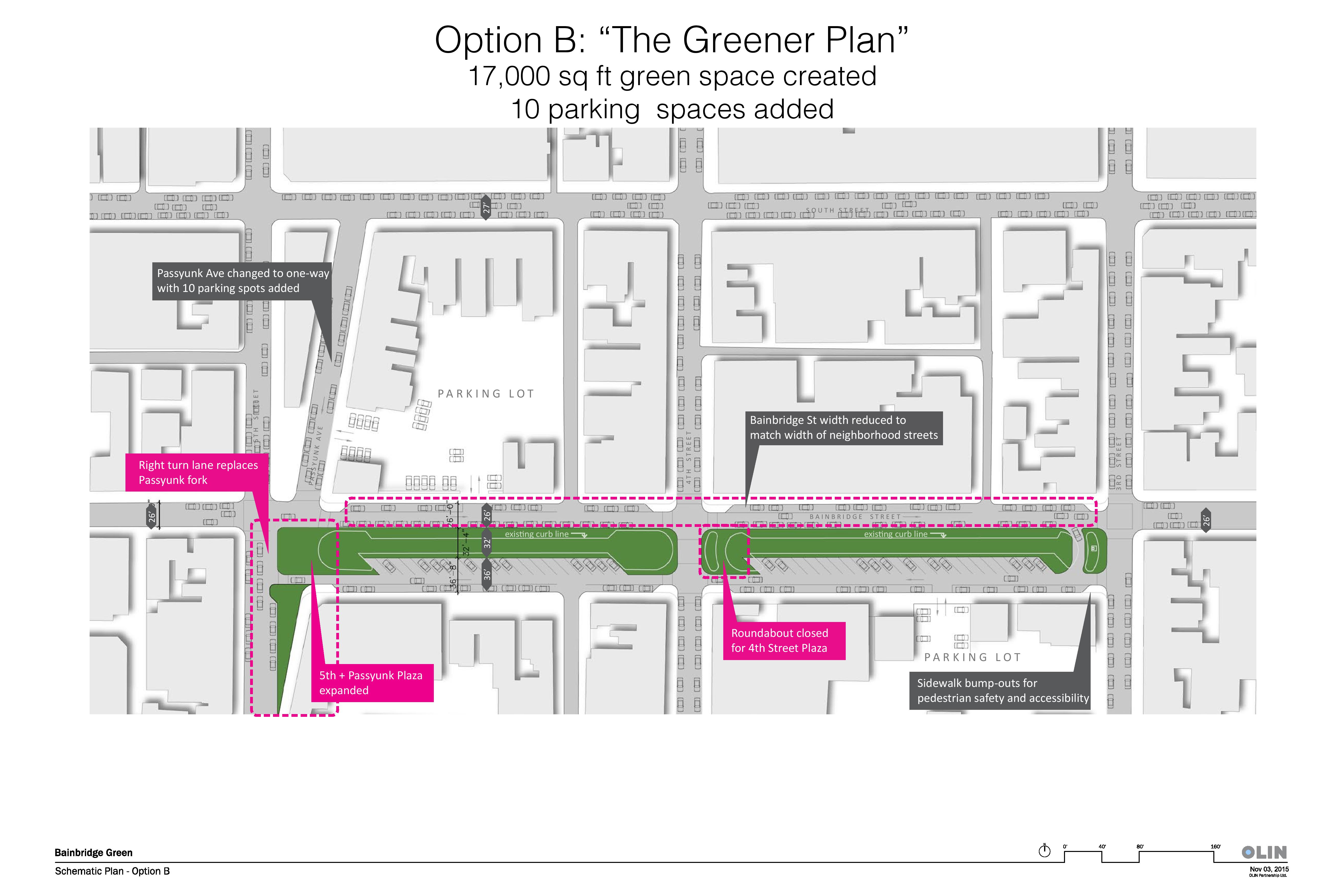 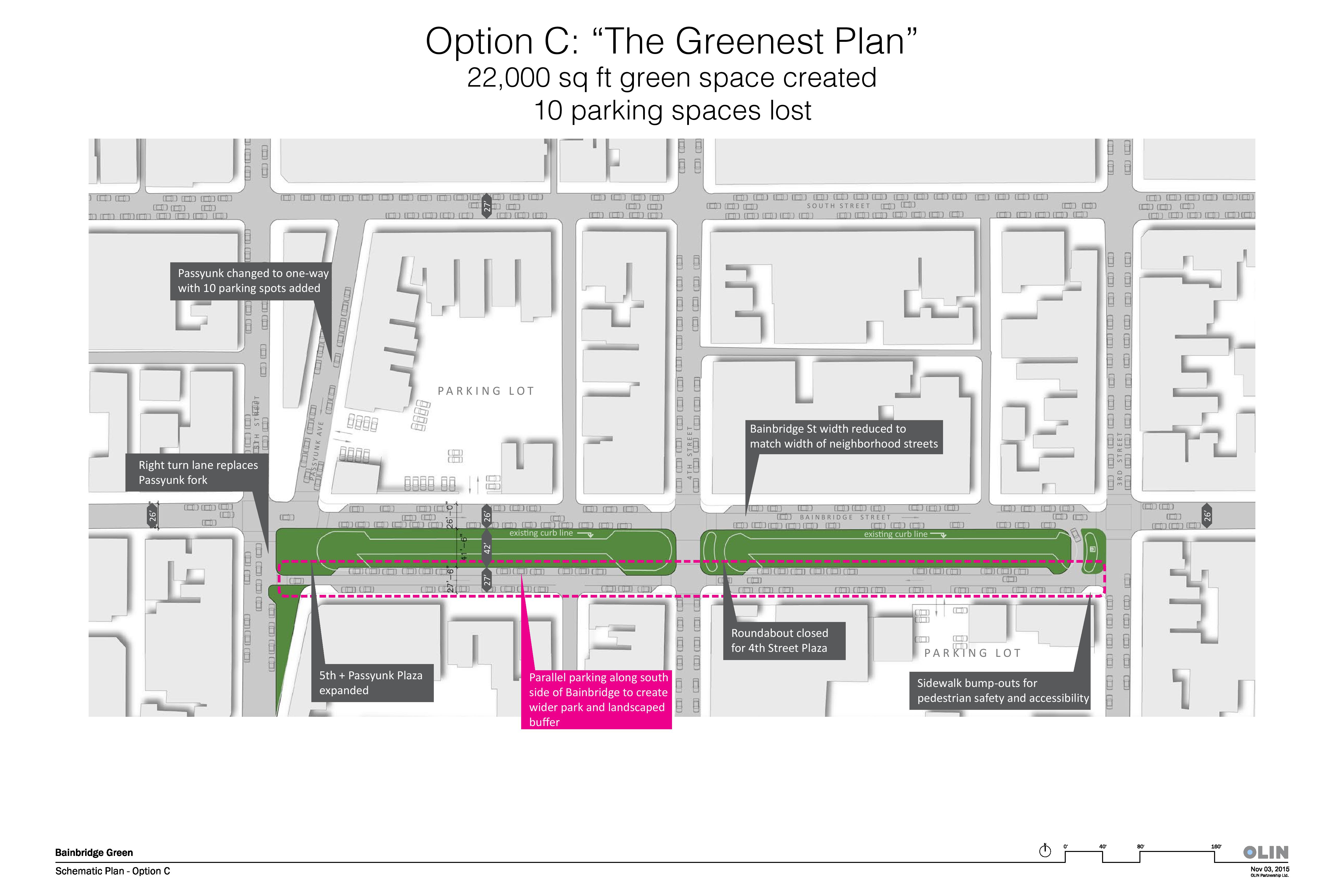 Another green space initiative further along in its process, the Front Street Gateway project is located between the iconic Sparks Shot Tower and Old Swedes Church and will begin construction in the fall of 2016. A design-the-logo contest, created by QVNA with a $300 award for the winning selection, once again showed that emphatic quest for community interaction.

Leonard believes the reasons behind developing such a space seem to mirror what the Friends of Bainbridge Green had hoped for their project.

“The idea is to take a space that’s there, and make it something that people can use,” Leonard said. “It’s an area where a lot of people enter the neighborhood…so let’s make this a space where people come in and it’s this crazy welcome, so they know and feel they’re in a neighborhood.”

Philadelphia is a diverse city that is full of diverse businesses. There are 93,000 small business owners in Philadelphia according to a report done by the Sustainable Business Network. There is a concentration of small [Read More]

Art is being taught, seen and bought in a plethora of ways in Queen Village. The Fleisher Art Memorial, which is one of the oldest community art schools in the country, has more than 70 [Read More]

It all started because there were too many garages in Queen Village. According to the co-chair of the Queen Village Neighbors Association zoning committee, Michael Hauptman, it was around 2006 or 2007 when the neighborhood started [Read More]