The fabled blocks of Fabric Row have long been known for just that — fabric — as well as Philadelphia’s main hub for fashion designers and artists looking to add that special something to a piece or outfit.

Beginning in the early 20th century as a commercial epicenter for Philadelphia’s Jewish community, Fabric Row has remained a consistent destination for tourists and locals alike, many flocking there in search of old-fashioned mom and pop shops that have adorned South Fourth Street for years.

But times are changing, and the fast-paced, technology-driven world has caught up to many of the long-time sellers on Fabric Row.

In November 2015, Marmelstein’s, a fabric distributor that had seen roughly three generations of business, closed its doors 96 years after the first customers arrived. A trend like this, where a neighborhood’s namesake begins to lose meaning, might look like the end of a great thing.

But that isn’t the case on Fabric Row. There are new businesses opening up, fabric stores that continue to garner customers and improvements to the block that make it as appealing as ever to roam the streets.

“Fourth Street has had a renaissance in the last couple of years,” said Lauren Leonard, president of Queen Village Neighbors Association (QVNA). “A lot of fabric stores that have been there in the past have left, but now there are more shops and boutiques there.”

Shops like the soon-to-be-opened Kawaii Kitty Cafe, where customers can munch on small fare, drink a cup of coffee and play with adoptable cats. Cafe owner Kristen Eissler dreamed of running a pet-themed business because of her former profession, and it gave her a special connection to the blocks of Fabric Row. 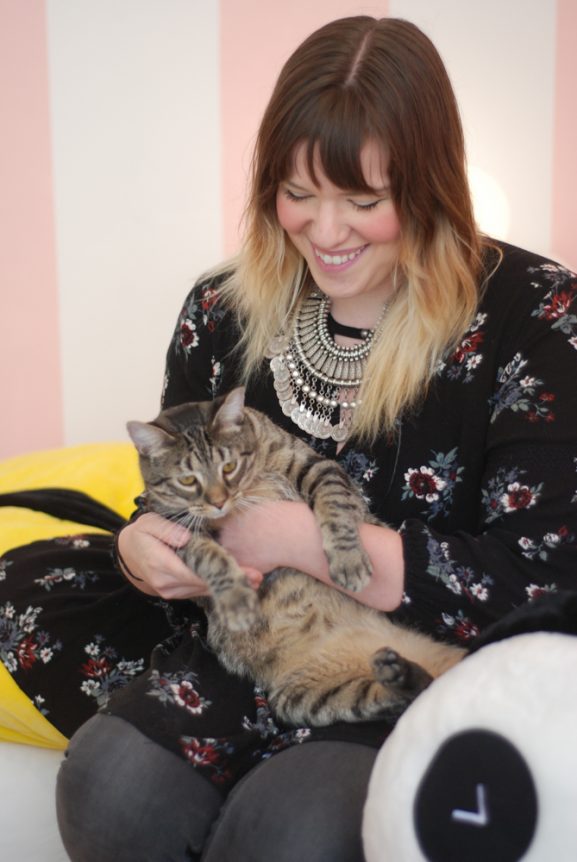 “I used to be a fashion designer on Spring Garden, and it was very stressful so I would go to PAWS (Philadelphia Animal Welfare Society) in Old City to get a cup of coffee and hang out with cats on my lunch break to relax,” Eissler said. “It was a nostalgic thing [opening in Fabric Row] … I used to come here for fashion to get fabric and there’s sort of a revival on Fourth Street right now.”

Emerging businesses like the Red Hook Cafe and Hungry Pigeon are beckoning newcomers to see the changes of Fabric Row. Older businesses that have seen firsthand the makings of this “revival” are also intrigued by the new influx of shops. B. Wilk Fabrics, opened in 1954 by Bernie Wilk and continued down his family line, has remained a constant fabric store in the area for decades.

“I think it’s great, it’s all wonderful how that we’re still here and now there are other stores … it’s boutique-y down here,” said Michelle Wilk Berson, owner of B. Wilk Fabrics. “Nobody wanted to take over [the fabric stores]. I promised my father I would keep this running as long as we can, so I hope to always be here.” 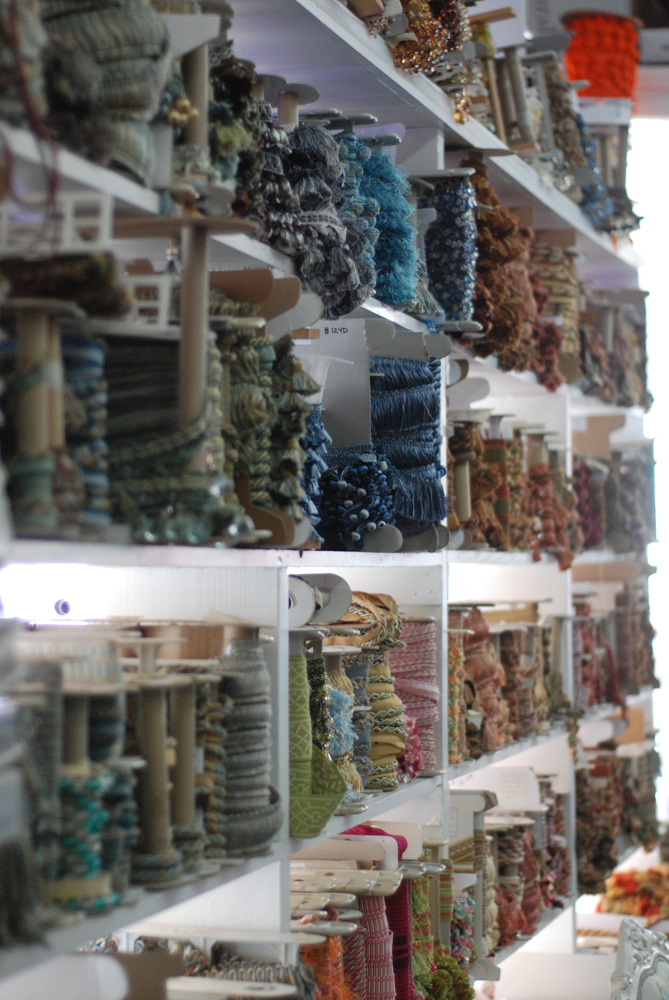 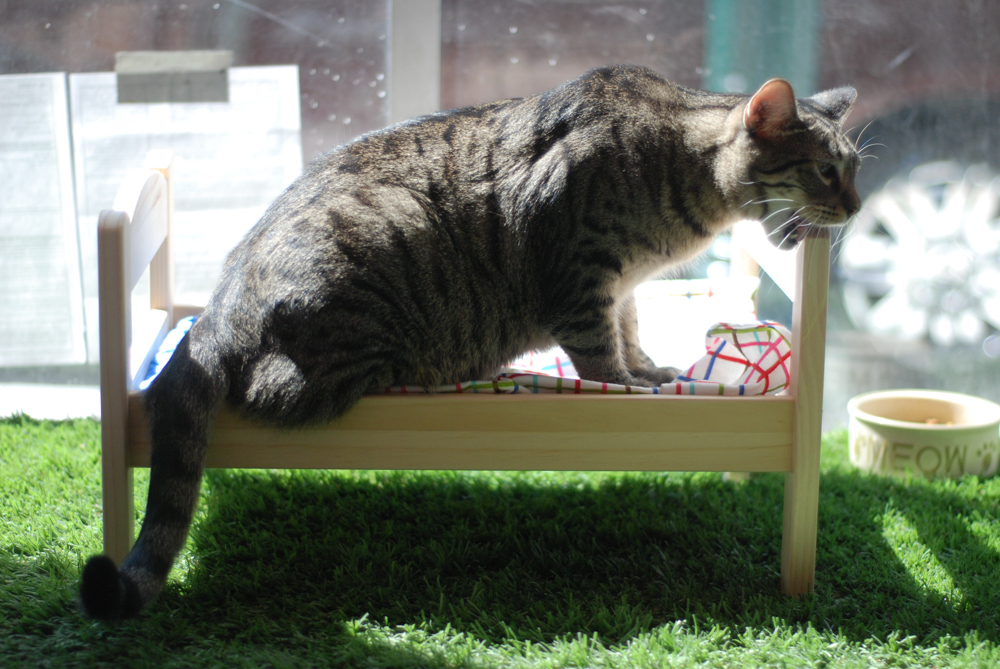 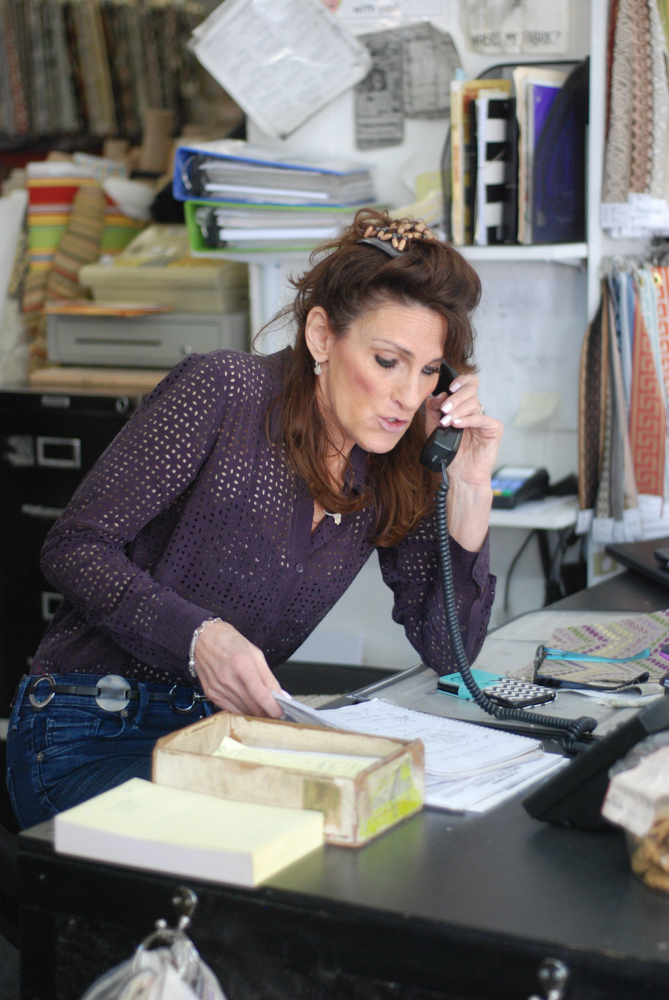 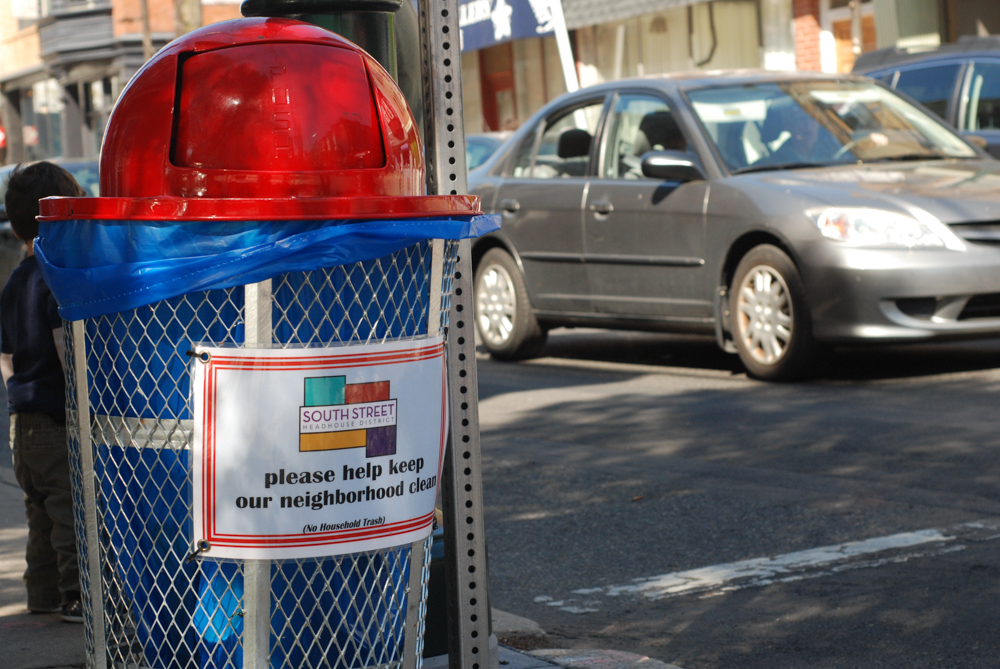 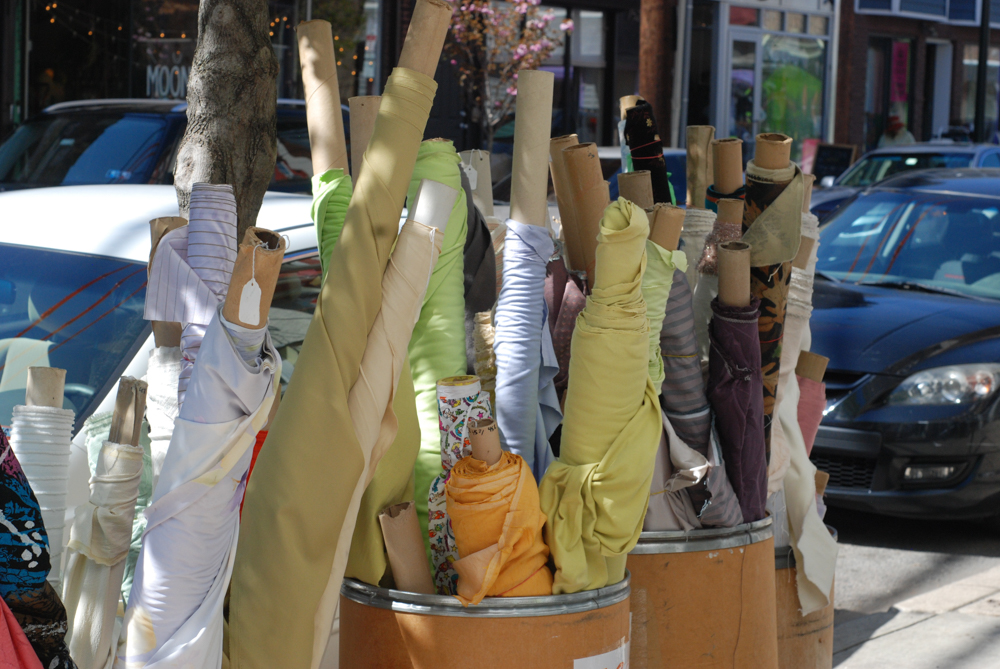 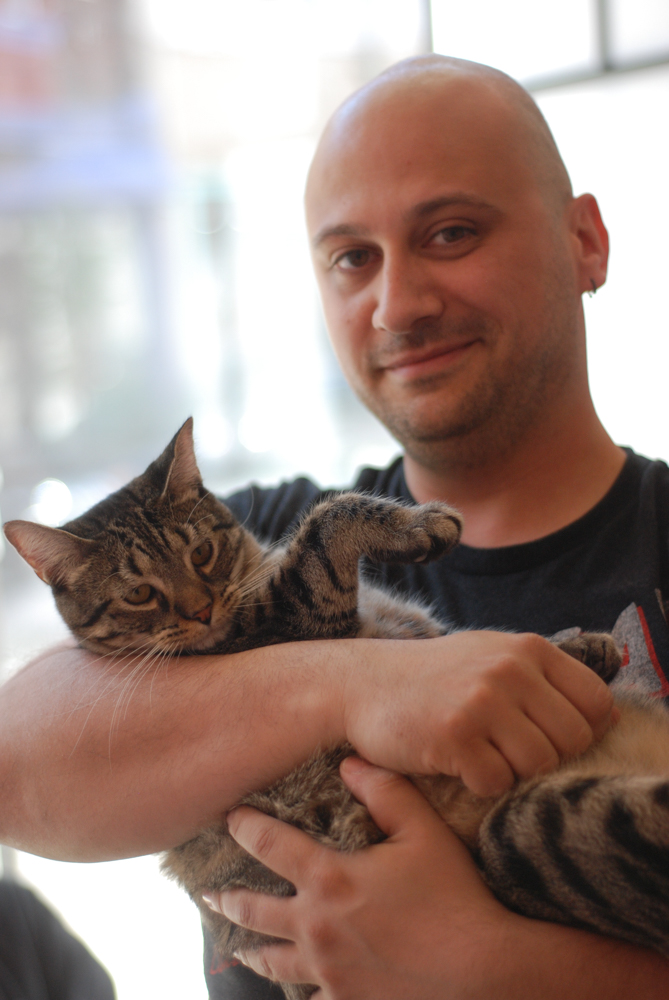 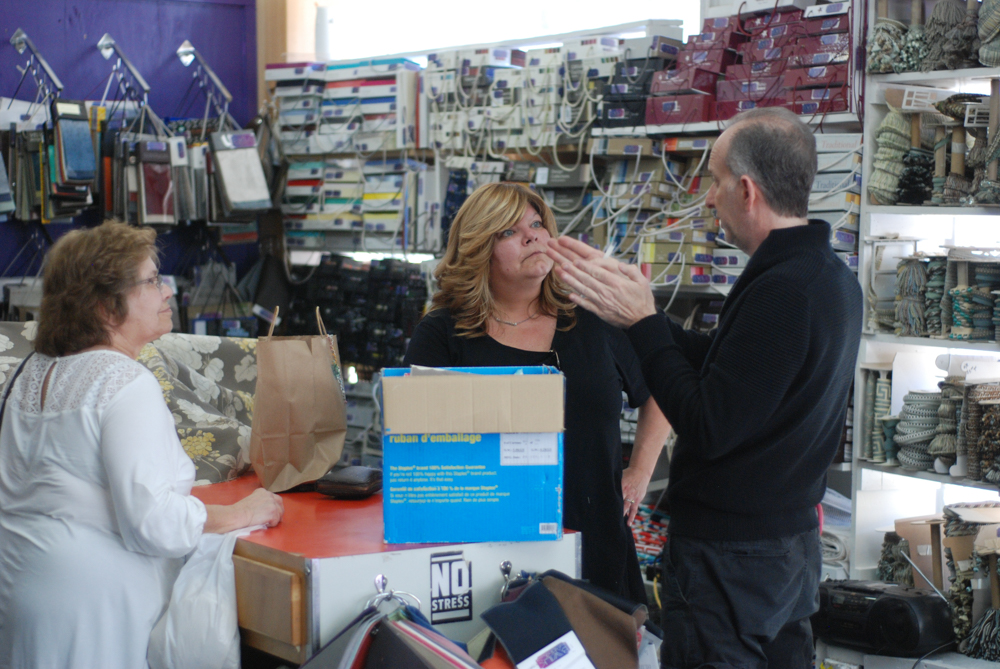 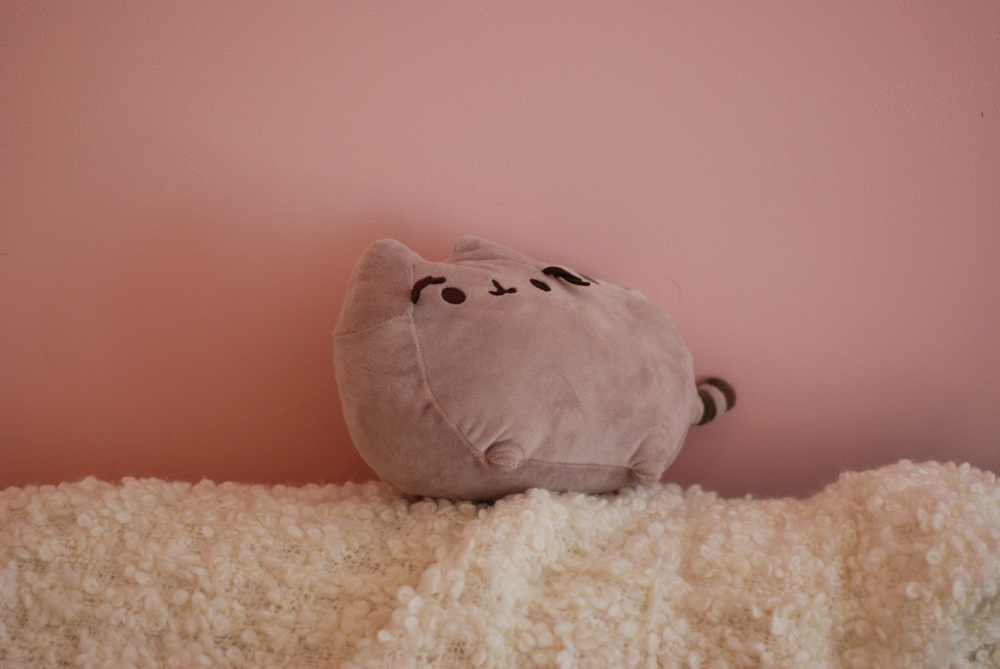 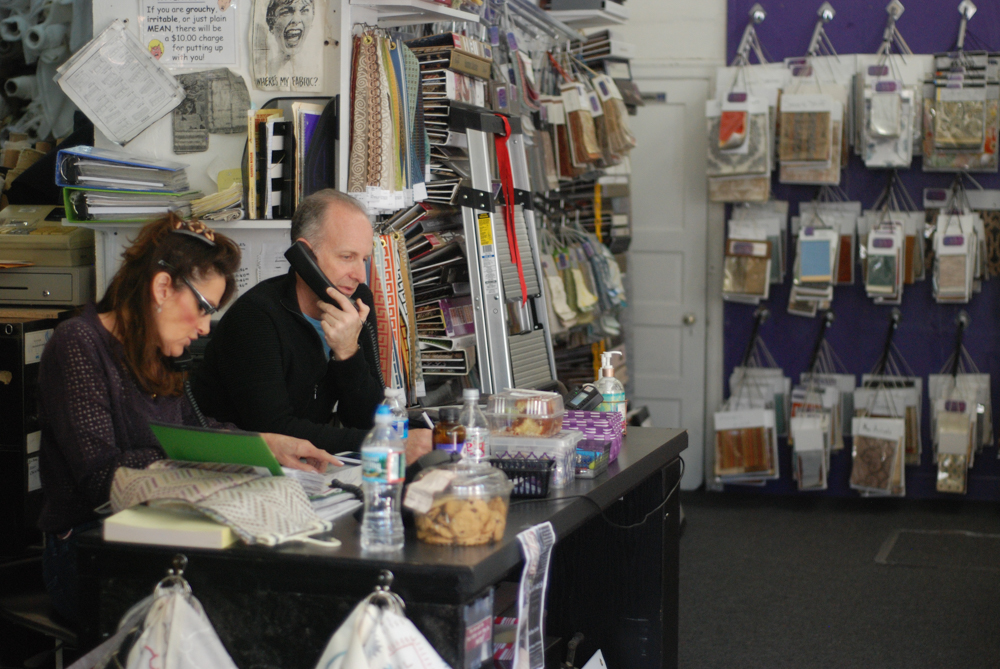 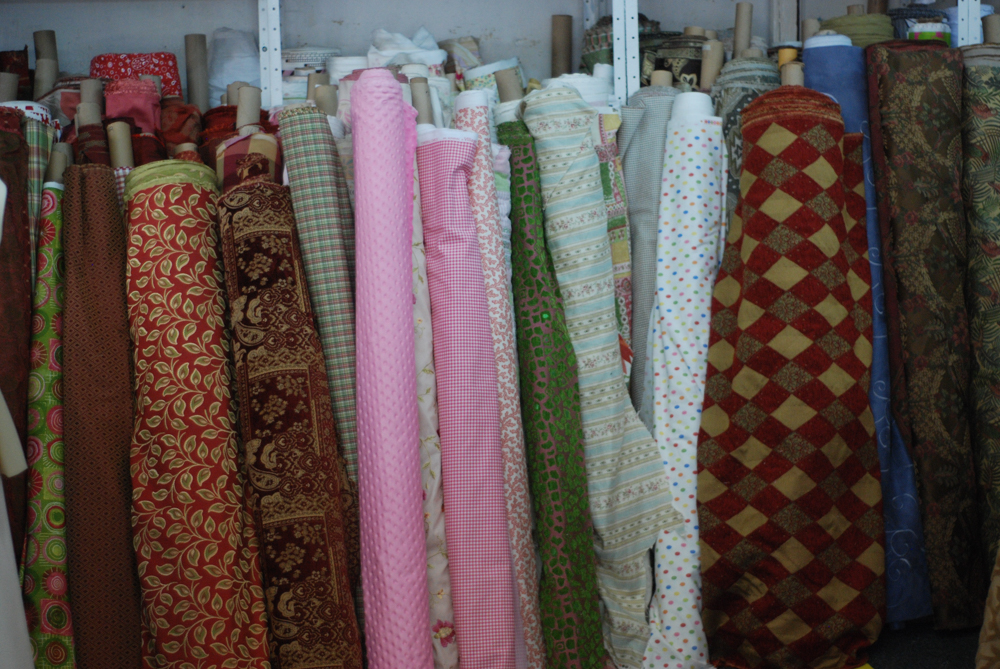 More restaurants and boutiques mean more consumers looking to walk the streets in search of them — leading to improvements along the way.

A project led by members of the South Street Headhouse District (SSHD) that was funded through $1.3 million grant allocated by local Councilman Mark Squilla, the addition of 38 traditionally styled lampposts with LED bulbs along the sidewalks has created a safer environment for pedestrians.

Fabric Row’s old form of lighting came from highway-like street lights that illuminated the blocks of Fourth Street in a yellow hue, a sight which elicited emotions of fear and trepidation by local residents. 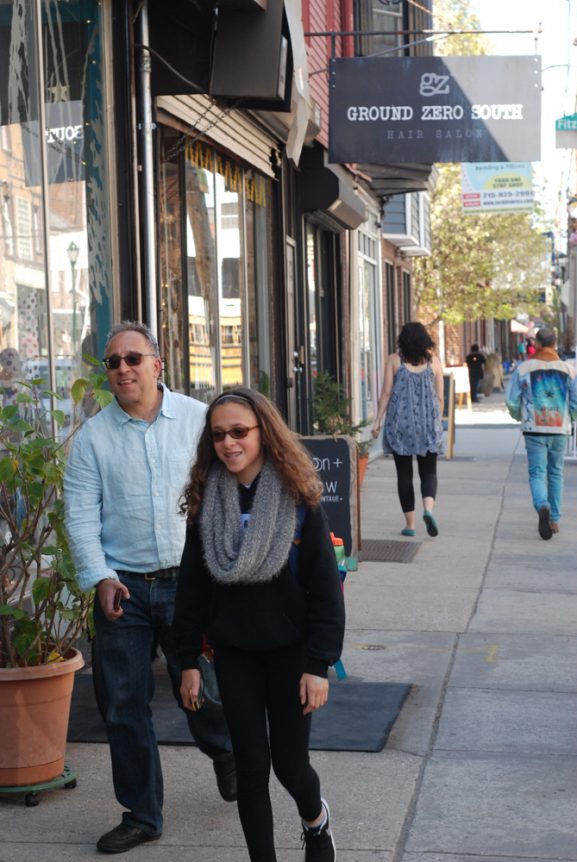 “Most neighbors wouldn’t walk down Fourth Street because it was one of the darker north-south streets in the neighborhood,” said QVNA’s Leonard. “As soon as the lights went in you saw people up and down, and I think most people would tell you it’s the street they prefer to walk down now.”

Improvements to the streetscape with newly painted crosswalks, benches, planters and additional trees in the area make Fabric Row a lovely place to walk around on an evening’s stroll. Adding to it all, the work-in-progress Bainbridge Green initiative looks to further pedestrian traffic for businesses to benefit from and develop a more dynamic neighborhood.

While there aren’t as many traditional fabric stores in the area as there once were, the new wave of businesses and improvements to South Fourth Street in part because of their arrival demonstrates the growth of a community venturing through an identity crisis.

— Words, photos and video by Taylor Farnsworth and James Orlay.

Philadelphia is a diverse city that is full of diverse businesses. There are 93,000 small business owners in Philadelphia according to a report done by the Sustainable Business Network. There is a concentration of small [Read More]

Queen Village: Jack B. Fabrics Back in Business After Store Fire

Jack B. Fabrics had been in business on the southwest corner of Fourth and Fitzwater streets for nearly 35 years until a fire raged through their brick-and-mortar shop on April 6, 2013. Now the business is [Read More]

Queen Village is doing its best to transform into Clean Village, an environmentally conscientious neighborhood. In hopes of living in a greener city, residents are doing what they can to make changes in their everyday lives [Read More]