Queen Village is doing its best to transform into Clean Village, an environmentally conscientious neighborhood. In hopes of living in a greener city, residents are doing what they can to make changes in their everyday lives to benefit Mother Earth.

The Queen Village Neighborhood Association is helping by informing individuals about the city’s rules and restrictions on trash collection and making suggestions on where to donate unwanted items.

The Philadelphia Streets Department boasted that residential curbside recycling rates are at an all-time high in the city. Throughout 2014, the department collected a record-setting 128,000 tons of recyclable material.

Although recycling rates are on the rise, the QVNA Quality of Life Committee has seen an increase in complaints about residents’  waste practices, specifically on trash collection days. Committee Chair Melissa Donnelly said the group decided to look into the issue.

“The Quality of Life Committee, which is made up of myself and five other board members, walked around and completed a visual assessment of South 3rd Street on trash night one evening this past August in order to get a sense of recycling habits in Queen Village,” she said. “We found that roughly half of the households were exhibiting good practices, but there certainly was room for improvement in other cases.”

In the past six years, Philadelphia has increased the amount of collected recyclable materials by 155 percent. To boost its rates, the city has extended its curbside recycling program to more than a half a million homes and switched pick-up days from every other week to weekly. The single-stream collection system the city recently switched to has also increased participation in citywide recycling.

QVNA is thinking outside the recycling bin when it comes to providing alternative ways for Queen Village to go green. The Quality of Life Committee hands out recycling bins to those who need them, hosts educational fairs to show neighbors how to compost and plant flower boxes, gives out free bike lights and racks to encourage sustainable transportation, and puts on annual cleanup events to pick up trash.

“We’ve even hosted a few electronic waste, or e-waste as we like to call it, collection events in the past to make sure that these dangerous materials don’t end up on the curb on trash night,” she said.

The committee wants to make sure residents know the go-to spots for the disposal of unwanted items. In a QVNA article, they urged people to donate to local organizations, specifically at Philly AIDS Thrift.

“As cliché as it is, your trash can be someone else’s treasure,” Donnelly said. 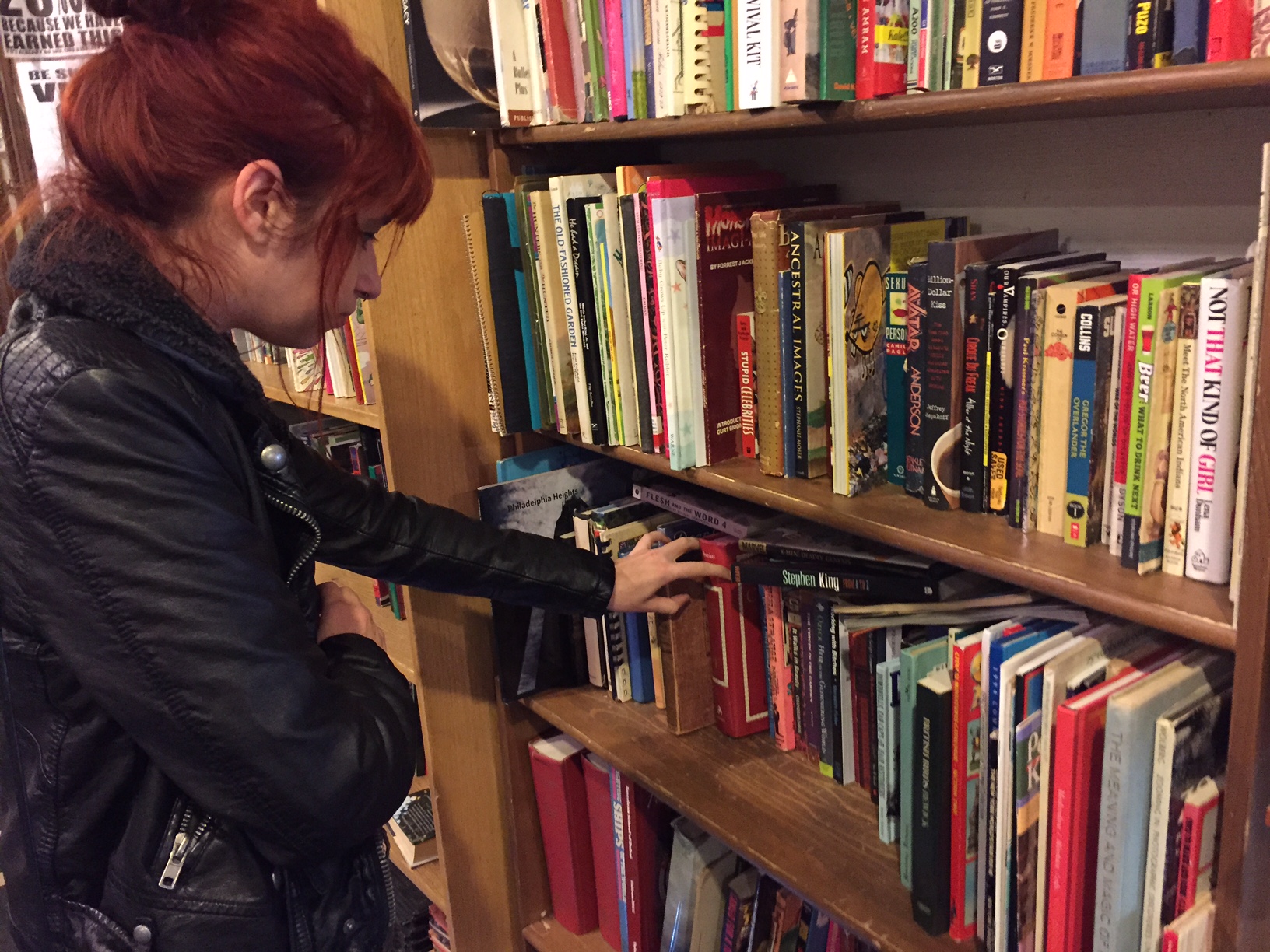 Philly AIDS Thrift is a 5th Street emporium full of knickknacks, clothing, furniture and just about every odd and end that comes to mind. Though it’s a seemingly average looking thrift store on the outside, it has a special underlying cause that is close to the heart of many of its employees and volunteers.

All of Philly AIDS Thrift’s proceeds are directly donated to the AIDS Fund, which then distributes the money to organizations around Philadelphia that help with AIDS awareness, prevention and care.

“So far we’ve raised over one-and-a-half million dollars! And that’s all from just recycling,” said the store’s co-owner, Christina Kallas-Saritsoglou.

Accepting just about anything from appliances to jewelry to cars, the thrift store displays items on shelves and racks throughout the three-story shop. Kallas-Saritsoglou is proud of how far the business has come and how many people they have helped along the way. 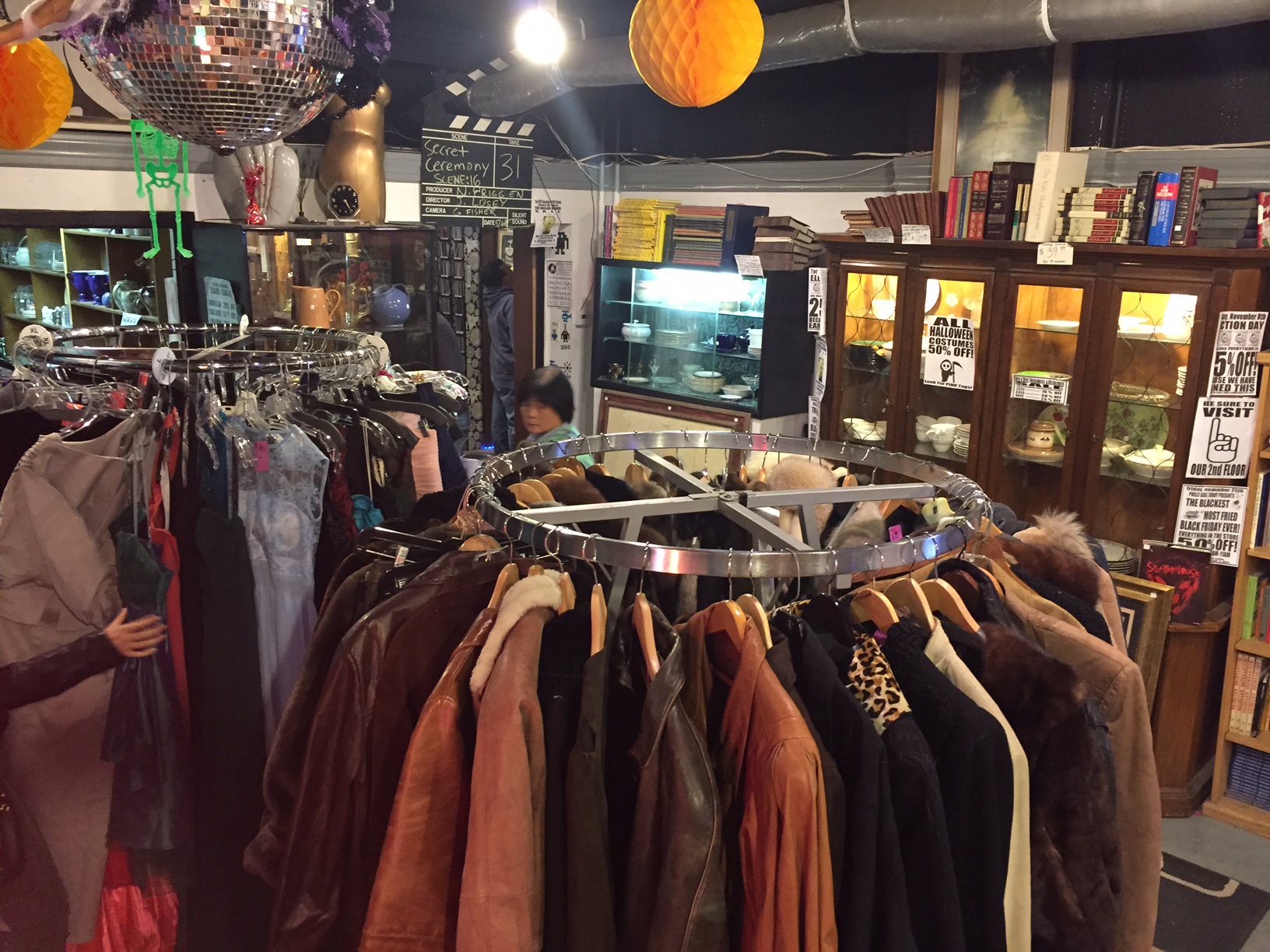 Not only can the residents of Queen Village help the environment, but they can help the people in their community at the same time. Donating items like televisions, computers and other electronics not only help people in need, but prevent neighbors from putting them directly on the curb for trash collection. The Quality of Life Committee warns that anything with a cord is illegal to leave out for trash collection.

Donnelly also pointed out a rather uncommon method of recycling: composting. She noted private services can be hired to pick up residents’ compost each week if they don’t have the outdoor space to do it own their own.

“The majority of our waste is food,” she said. “When you compost, you’re removing that waste from landfills and it can also improve the soil.”

After the Presbytery of Philadelphia asked Rev. Adan Mairena to come to Norris Square following his Resident in Ministry in 2005, he was tasked with a daunting challenge: revitalize the West Kensington Ministry. The neighborhood [continue reading…]