An average of nearly 500 people die annually waiting for an organ transplant in Pennsylvania.

The Gift of Life Donor program, located in Northern Liberties, helps connect thousands of patients in eastern Pennsylvania, Delaware and southern New Jersey with matching organs that could potentially save their life.

“The success rate is about 93 percent, meaning about nine out of 10 people who get an organ survive more than a year,” said Gift of Life CEO Howard Nathan. “And at five years, more than 85 percent still have their transplant.

State legislation known as PA Act 102 of 1994 was the most progressive organ donation act passed in Pennsylvania. Among other things, the act created the driver’s license organ donation option program and set up a trust fund to educate the public for organ donation awareness.

Since then, the program has worked with 129 hospitals in its service area, including 15 transplant centers.

Once someone has died and survivors are notified, the hospital will contact Gift of Life. A representative of the program will determine if any organs are suitable.

If donation is an option, the Gift of Life representative would enter the information of suitable organs into United Network for Organ Sharing (UNOS) system. The UNOS system then determines the best match, or most in need, based on medical priority. Each organ has a different system, as some depend on size and blood type.

Pennsylvania was one of the first states to indicate if someone is a registered organ donor on a driver’s license. Nathan said that the Gift of Life proposed that as part of the PA Act 102 of 1994 and since then all 50 states took on the program.

“Right now 47 percent of the people in Pennsylvania and about 50 percent nationwide have it on their driver’s license,” Nathan said. “About 126 million people are organ donors.”

A trust fund was set up to help increase the public’s awareness of organ donation. People can donate to the fund to educate others on the benefits of organ donation and help debunk myths surrounding the process.

Amy Goldberg, chair of surgery at Lewis Katz School of Medicine, has been an advocate of organ donation for years.

“I think the greatest misperception is that somehow we won’t do everything to save their loved ones and not do the best that we can,” Goldberg said. “When our patients arrive in our trauma bay, we have absolutely no idea regarding anybody’s organ donation status. We’re just trying to save that person.”

According to UNOS’ most  up-to-date statistics, more than 120,000 people nationwide need a lifesaving organ transplant. In the first four months of 2016, more than 2,500 transplants were performed from nearly 1,200 donors, according to its website.

The data showed a significant gap in those who need transplants and the number of transplants that have been performed.

It also showed the number of donors at about half less than the amount of transplants. This is because as many as eight organs can be transplanted from just one donor. The heart, both lungs, liver, both kidneys, pancreas and intestines are all transferable.

“The reason there is a shortage of organ donors is really not because people aren’t willing to say yes, but because you have to be what’s known as brain dead,” Nathan said. “Brain death only occurs in 2 percent of all the people that die.”

He said that approximately 400,000 die annually in the organization’s service area, but only 800 are suitable for organ donation. 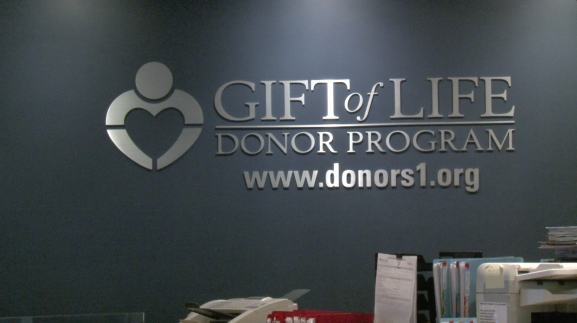 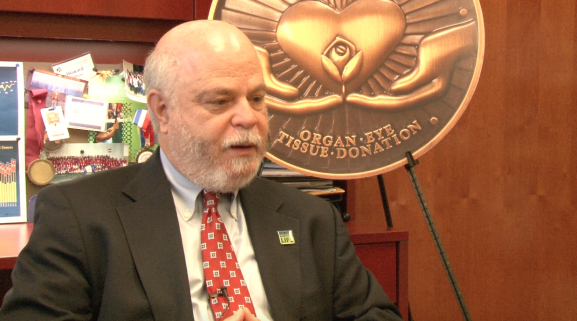 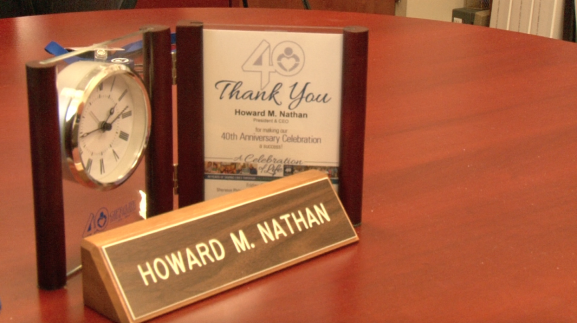 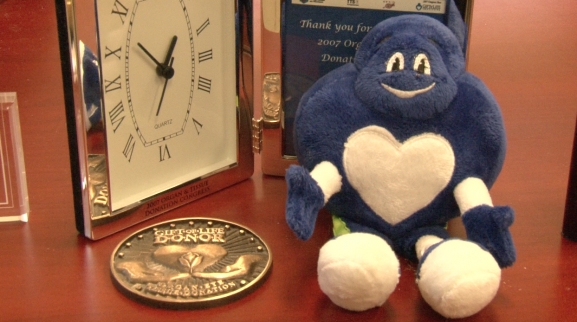 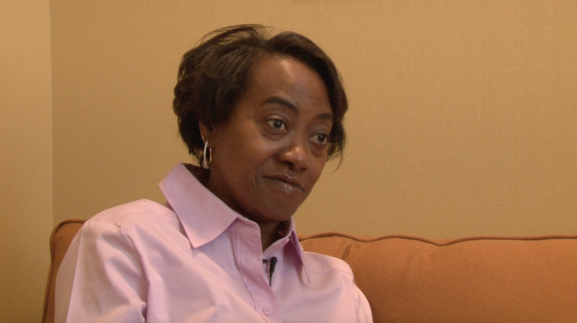 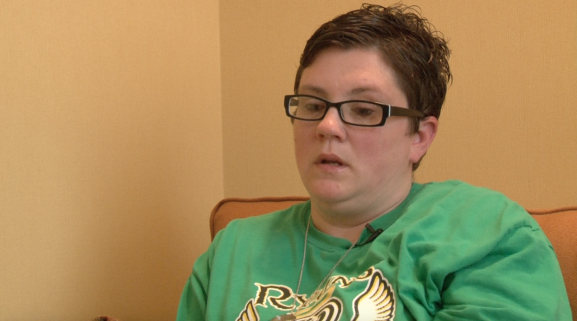 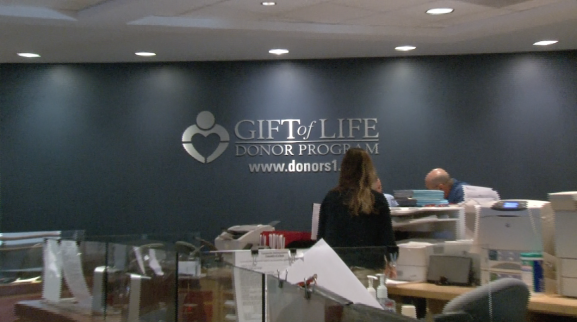 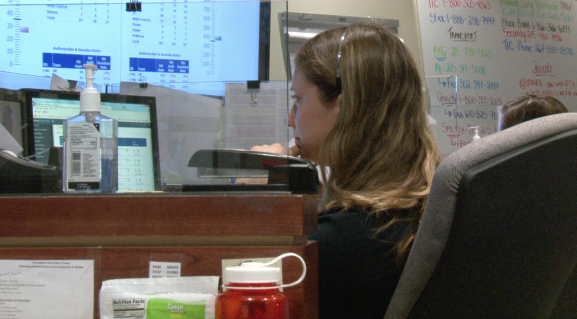 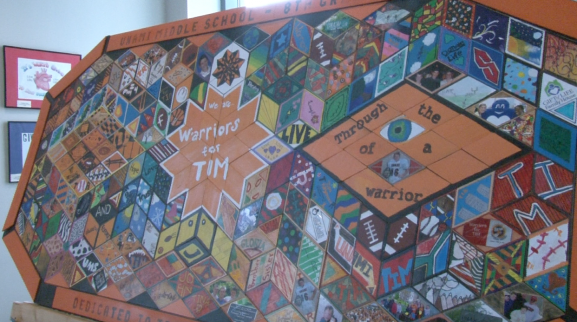 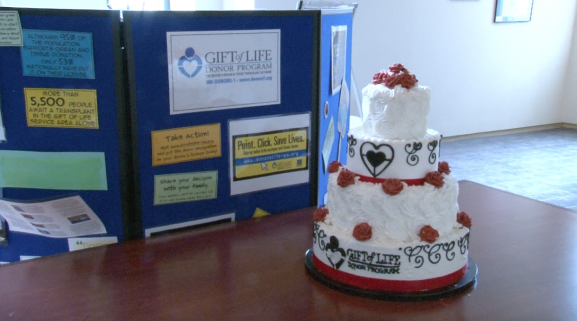 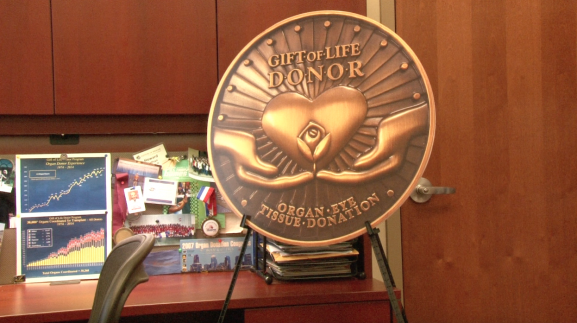 <
►
>
Mural in the lobby of Gift of Life's headquarters.

For the past five years, the Gift of Life organization has worked to help pass an update to PA Act 102 of 1994. The proposed act is PA Senate Bill 180, also known as the Donate Life PA Act.

The act is expected to improve public education in schools and professional education in medical and nursing schools. It also targets some of the laws.

“It changes it so coroners participate in the donation process in a very positive way,” Nathan said. “And don’t turn down patients that could be donors for reasons that sometimes we can’t understand.”

The change would create a procedure for Pennsylvania coroners similar to those in New Jersey and Delaware. It would forbid denial of healthy organs while still allowing coroners to do their own investigation.

If the new legislation is passed, it would require the coroners to be in the operating room with the transplant team as they remove the organs. They would have a chance to point out whar they believe could be evidence for an investigation.

Nathan said that since New Jersey and Delaware enacted a very similar law,  there has been not one instance of rejection from the coroners.

Each state has its own organ donor registry protocol. In most states, a potential donor can register online.

— Text, photos and video by Jane Babian and Caralyn Dienstman

West Philadelphia: Center For Autism Working Toward “Outcomes for Life”

Four boys were hard at play, combining baking soda and vinegar. They were creating miniature volcanoes, in awe as they erupted. It’s an amusing and common pastime for any 4-year-old, but for these young boys it was more [continue reading…]

Ed Milbourne was driving up to the Poconos with his friend on a blustery November day in 1997. Icy conditions had left them extra wary, so they decided to pull over to the side of [continue reading…]