Kathleen Kramer is a 5th grade teacher at Vare-Washington Elementary School and a union leader for the Philadelphia Federation of Teachers. She has been the Union Leader for six years and has many responsibilities, including informing staff of any union issues and keeping track of vision and dental forms.

What is the Philadelphia Federation of Teachers? 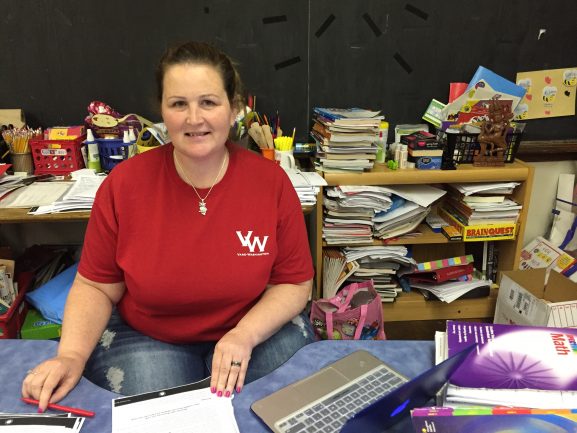 What is your role as a union leader?

The PFT hasn’t had a contract since 2012, so there are always things about the contract going on. The SRC has tried numerous times to wipe out our contract, so I just keep people abreast of things.

I am also the keeper of the vision forms and the dental forms. If someone is written up for any reason and they need union representation, I go into that meeting to make sure that everything is on the up-and-up. I make sure the principal isn’t bullying them, strong-arming them and threatening them in any way.

What is the toughest obstacle that you had to overcome?

Being a building rep can be a sticky situation because people don’t always like what you have to say. A lot of times, when people come to me, they will only tell me one side of the story. For example, ‘The principal wrote me up and I need to go to this meeting.’ But they don’t tell you that he wrote them up because they are late every single day, which is why they got written up.

It’s hard because you have to balance your coworkers/friends with sometimes being the devil’s advocate or the bearer of bad news. You have to be like, ‘Listen, you got written up because of the stuff you did.’

Then, the flip side of it is you put yourself out there because when there is something going on, I am usually the one going to the principal and saying, ‘Listen, this isn’t working for us.’ So you risk the chance of him having the repercussions against you and that has happened on occasions. 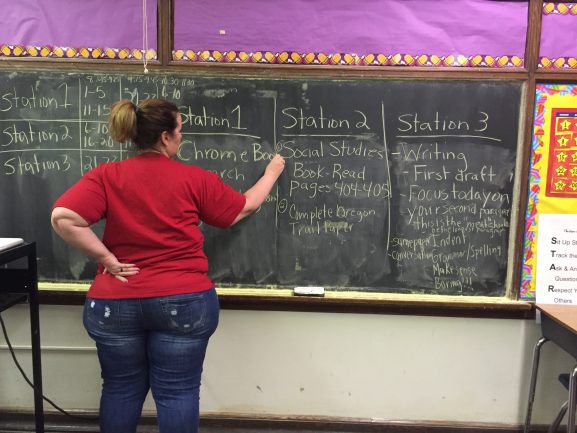 What is your dream job in any leadership position?

Leadership is tough, especially now with how the schools are. My dream job would be to be a principal but there would have to be many changes. It’s not like how it used to be, like how you went to school or how I went to school. There is a lot more pressure and a lot of stress.

I am happy right where I am with my leadership role and being in here with the kids.

What are the positives of being a union leader?

I kind of have my hands in things and kind of know what’s going on before it happens, which is nice so I am not blind-sided by things.

The principals who I have had have really tried hard to respect the PFT, so I have had good relationships there, which really helps with my teaching relationship. They get to see me in both aspects, which is good. That has been a positive. 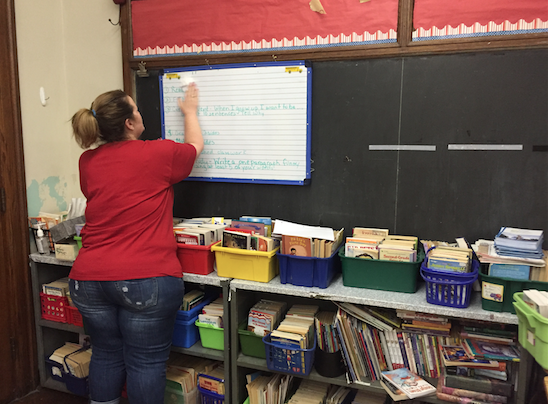 Why did you choose to be a union leader?

-Text and images by Catherine Campana and Taylor Calta.

Old City: Miles Butler Builds Community to Save The Planet

As a lifelong activist and a current leader in Philadelphia’s sustainability community, Miles Butler has dedicated most of his life toward spreading knowledge and awareness of environmental protection. Raised in Mt. Airy, Butler lived in Massachusetts [continue reading…]