On the Morning of 9/11, Robert Herzog was on his way to work. His office building was located on the 96th floor of World Trade Center One (North Tower). That morning, he did things he didn’t usually do. He hit the snooze button twice. He usually took an express train but took a different one that morning. He dropped off his laundry and stopped to pick up his mail. He was five minutes late to work. That five minutes saved his life. None of the 297 people from his workplace who were in the North Tower survived.

Three months after 9/11, Herzog was on a beach with half of glass of a pina colada and he had his vision. Instead of viewing the class as half empty, Herzog viewed it as half full. Herzog knew he was lucky to still be alive and he wanted to do something to leave his mark on the world. He had met his wife through a local co-ed softball league and wanted to do something to bring people together through sports, while also giving back to the community. 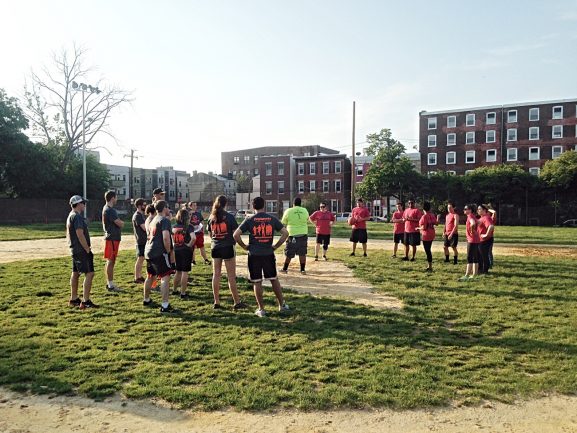 ZogSports is a co-ed sports league for young professionals. They offer a variety of different sports, such as softball, kickball, dodgeball, basketball, soccer and volleyball.

Through ZogSports, you have an opportunity to make friends and give back to charity. Before the start of each season, teams pick a charity they would like to play for. Instead of the best team winning a trophy at the end of the season, the money that everyone put together to join the league gets donated to the winning team’s charity of choice. 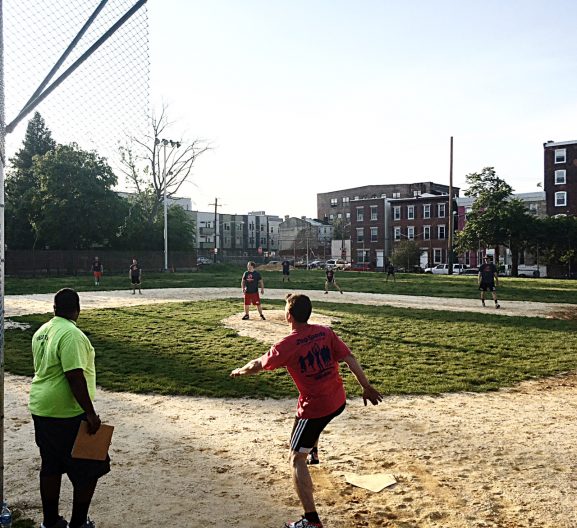 After each game comes ZogSports happy hour, a time in which players can kick back, relax and have a drink with their peers.

“After each game, we organize a post-game happy hour, where teams can meet their players and continue to bond,” said Hannah Marks, the general manager of ZogSportsPHL. “Our three pillars are sports, social and charity.”

ZogSports, currently in eight major cities in the United States, launched in Philadelphia this year. ZogSports has donated a total of $2.8 million since its launch in 2002.

It cost between $45 to 65 to join the league in Philadelphia, and games take place in Fairmount, Fishtown and Center City.

“Our mission is to provide highlights, make a difference and bring people together,” said Marks.

For many Chinatown residents, the time had come to see plans for a safer future. The Delaware Valley Regional Planning Commission held an open house Thursday at the Holy Redeemer Chinese Catholic Church and School [Read More]

Canines invaded Eastern State Penitentiary over the weekend for its Pets in Prison event which helped educate the public about the history of animals living behind bars. The event was inspired by the penitentiary’s former non-human inmates, particularly [Read More]