Historically, business in Brewerytown has had its ups and downs. The arrival of prohibition in America shut down its booming breweries and distilleries, but industry survived into the mid 1900s. By the 1980s, jobs disappeared and the neighborhood suffered.

Today, there is a slow resurgence of businesses, mostly on Girard Avenue.

David Waxman, along with his partner Aaron Smith, has been focused on renovating Brewerytown since 2001, when he founded his real estate business, MM Partners LLC. The partners are largely responsible for the recent surge in new businesses along Girard, as well as new painted storefronts, a street clean up program and other motions to bring action back to Brewerytown.

What’s your background in neighborhood development?

I grew up here in Philadelphia, in Center City. I went to college at Boston University. I studied urban studies and public policy, and I knew I wanted to do real estate development. But you can’t really go to school for it.

I moved to Miami and spent some time there working for a developer doing shopping center development and condominiums. Then, I moved to New York City and worked at PricewaterhouseCoopers. It was very corporate, not for me, but it was a good learning experience of what I don’t like.

In 2001, I came up to Brewerytown, started buying up shells on Girard Avenue, renovating them, and doing one at a time and two at a time, then four, and then bigger things started landing in my lap. Fast forward to 2008, the decision was made to focus exclusively on Brewerytown and redevelop the neighborhood. So, that’s what we’ve been doing since then.

Our focus has really been on Girard Ave. and curating retail. We’d like to bring in the kind of things that new and old residents want. By doing that, we’re also erasing Girard Ave. as an invisible dividing line between two different neighborhoods, which it has been for the better part of 50 years, for no good reason. By bringing retail that people south of Girard want to use and people north of Girard want to use, by circumstance, people come to interface with each other and realize, hey, it’s not scary north of Girard, and it’s not scary south of Girard. That’s worked, and it’s happened.

How did you decide to focus on developing Brewerytown?

It’s a very historic neighborhood with high rates of homeownership in Brewerytown. While it suffered from disinvestment, like most urban neighborhoods did in the ’70s and ’80s, it wasn’t decimated like some parts of the city were. A lot of the historic buildings were in tact. 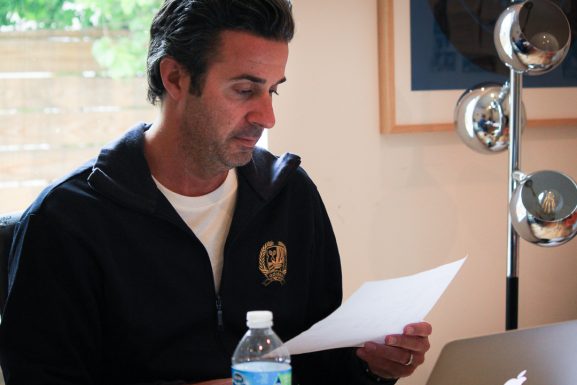 What makes working in Philly different from working in New York or Miami?

Philly’s sort of a no bullshit town. Miami is . . . a world city, like the second most visited place in the world, behind London and maybe New York, so it’s sort of it’s own beast. New York, again, is sort of the same thing.

I think Philadelphia is very interesting in that it’s very humble, it has incredible quality of life and strategically, you couldn’t find a better location for it, between Boston and D.C. We have great access to all the major cities.

How has the city helped with development in the area?

There’s a streetscape project on West Girard Avenue between the park and Girard College. There’s about $2 million for new street lights, landscaping, signage, BigBelly trash cans everywhere, a gateway at 29th and Girard, a gateway at Poplar and Girard. It’s a great investment because people perceive what they see. If it looks nice, people are going to treat it nicer.

Also, for the last few years, we’ve been paying for a street cleaning crew to clean Girard Ave. We were basically playing the role of the city, which we did because we didn’t want to see dirty sidewalks. The city is finally funding a large share of that. We’re still contributing but not the whole amount. 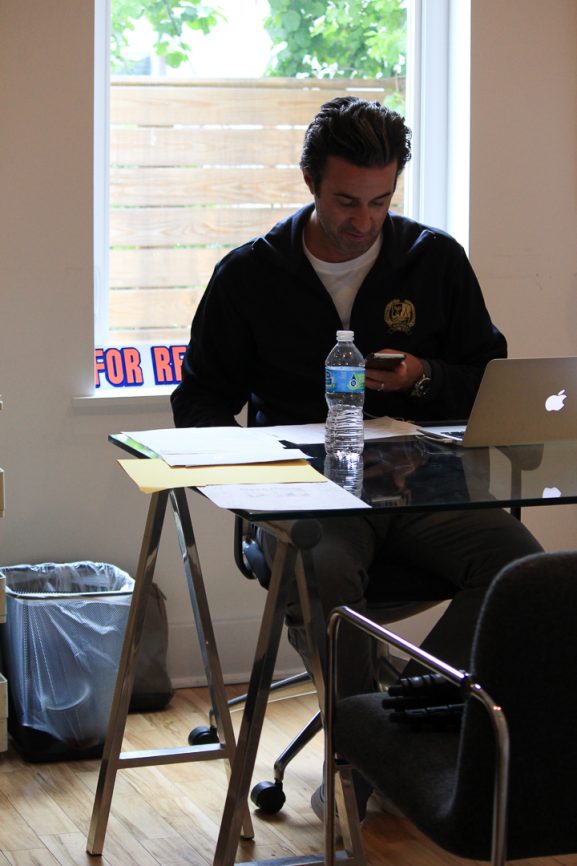 How else have you contributed to bettering the community?

We’ve sponsored little league, we give a lot of free storefronts, free office space to nonprofits and other organizations, and we started a number of different festivals that have continued. We donated our big lot at 27th and Girard for Brew Fair and for a food truck event, and we build affordable housing.

What’s the vibe you’re trying to create with the new properties you’re building?

What’s nice about this neighborhood is it’s authentic. Philly itself is authentic. It’s got a great history. We don’t want this to be a trendy neighborhood because trendy is really dangerous. It can be trendy today and then tomorrow it’s not. You know, we really view it as a community where people coming are going to respect people who’ve been her.

Again, this is not about [how] ‘we found this neighborhood.’ This was here. It’s a phenomenal neighborhood with its history, and great people live here. We just want the retail that comes to be something that anyone can put the money together to go to that store or go to that restaurant or go buy themselves a cup of coffee. 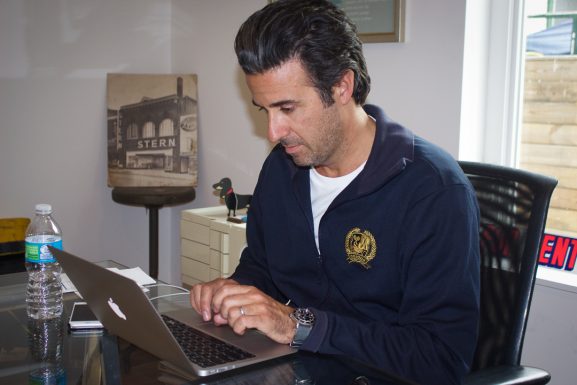 What are some of the retail spaces you’ve opened?

The very first thing was a coffee shop which is now The Monkey & The Elephant. It took a few to finally get one to stick. Urban retail on the edge neighborhoods is very difficult because you’re asking people to be pioneers, and we also want critical mass.

Rybrew is another example of one of our buildings. The bottle shop with sandwiches and salads in a really cool, old toy-story space that we renovated. Great tenant. Crime & Punishment Brewing Company, another really commendable tenant, who’s been really instrumental to bringing beer back to Brewerytown. I mean, this was the center of brewing in the world before prohibition. The fact that there wasn’t any beer brewing going on here is insane.

How do you think residents who have been here historically are responding to the changes?

When we came up here, it was something we were really mindful of. We can’t be perceived as coming from the outside and trying to take advantage and make money and leave. That’s not the right way to do things. So, we were really mindful to be here on the ground, keep an office up here, be really approachable, work with the stakeholders, and make sure that the change was iterative.

When we were first started, we were doing small one-offs here and there. The change wasn’t drastic, so it wasn’t scary. I think by our taking the approach that we did and the project getting bigger as people got to know us and know that we are going to do the right thing, it’s made it really easy for us to effectuate our plan, because I think it benefits everybody.

We bought a lot of properties from people who owned their homes forever and cashed out. One guy moved into a fancy nursing home on the Parkway. Another one put their kid through Villanova for four years. Another one moved out to the suburbs. We also wanted to make sure we weren’t going to displace anybody. I don’t want to kick someone out of a property or apartment. That’s just not right.

People have thanked us for what we’re doing, which is kind of unusual. We really avoid some of the controversy that other neighborhoods see and others throughout the country are experiencing. It can be done, and you can do well and do good at the same time. We really try to balance that.

The community garden in Hunting Park, one of many revitalization projects taking place in the park over the past year, allows residents to grow their own fruits and vegetables in the usually limited green space [continue reading…]