In 1997, Jaime Salm moved to the United States from Colombia with a creative eye for design and a strong value for environmental protection. It wasn’t until after college that he would merge the concepts together to form his own sustainable design company. 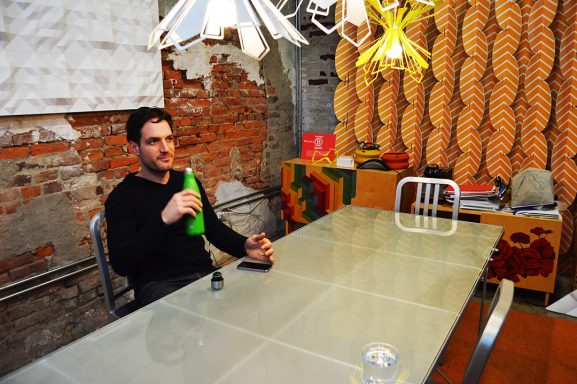 After getting denied by a number of schools in New York, Salm (above) attended the University of the Arts in Philadelphia to study design. By the time he was writing his thesis during senior year, he had what he described as a somewhat “radical idea.”

Salm’s thesis dealt with student furnishing and the waste that is produced in cities like Philadelphia after students move in and out.

His idea? To eliminate problems like excess waste with a business that made things as sustainably and responsibly as possible.

“At the time, it was almost naïve of me to think I could radically transform the furniture industry but that’s how great ideas start,” Salm said. “You have to just go at it and say, ‘I don’t know anything about this,’ and then you go at it and start something fresh and different.”

With the help of his brother, Isaac Salm, he established Mio Culture, an innovative company with a focus on bridging the gap between business and sustainability. 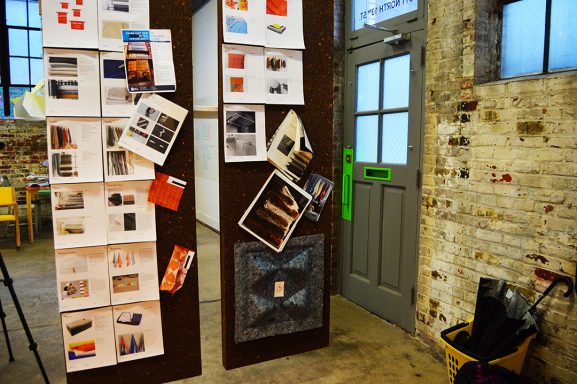 In 2001, the Salm brothers launched “The Culture Lab,” a design studio (pictured above) and boutique consultancy with products, systems and services that have been sold all around the world. The lab focuses on reducing waste while catering to the wants of consumers and the needs of the ecosystem. Primarily advocating for consumers to purchase sustainably, the company produces DIY products like wall tiles, ceiling tiles and room dividers, as well as lighting, acoustic treatments and various furnishing and décor for offices, homes, etc.

“It’s the idea that people should buy things, especially sustainable things, because they really like them, not because they feel guilty about buying something or they have a sense of altruism in them,” he said. “It should be about, ‘Oh, that’s so cool,’ and that’s how we design.”

It’s not about making people feel guilty or forcing them into a choice, he added.

“It’s about forcing them into a choice with beauty and desire, not with guilt,” he continued.

When Isaac Salm (pictured below) moved to the U.S from Colombia in 1995, he studied finance and economics and originally planned to pursue a career working on Wall Street. 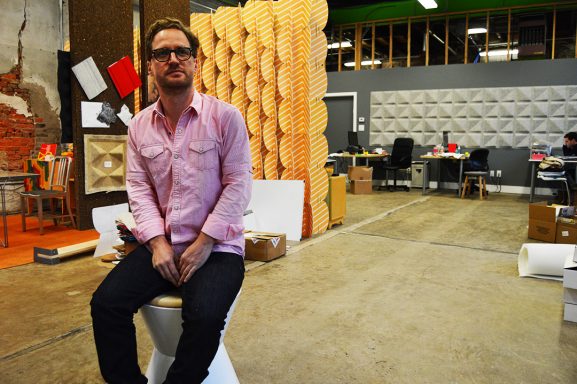 He was working for the financial team of the Kimberly-Clark Corporation and had a change of heart when Jaime pushed the idea for his design company.

“When we were kids, we actually didn’t get along that well—Jaime was always the artist and I was always more on the business side,” Isaac said. “I remember us playing Legos and I used to set up tolls and I would be like charging money for it. I’ve always been about business.” 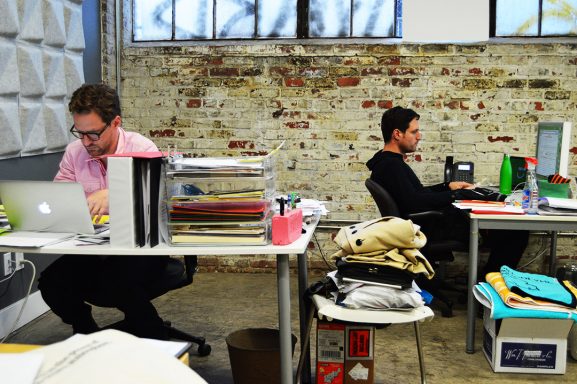 “Now, when we do come to the obvious disagreements that siblings have—or business partners have, we come from it from our areas of expertise,” Isaac said. “I come from it from a business standpoint. Jaime gives his design. When there’s a conflict, we both know that we’re pushing in the same direction and we just both want the best for the company.”

Adam Frederick, a designer for Mio Culture, began working for the company in January and said his advocacy for sustainable design has grown over time.

A 2014 graduate of Virginia Tech with a bachelor’s degree in industrial design, Frederick said the topic of sustainable design was not prevalent in school and there were no classes specifically geared towards sustainability.

He explained how his work at Mio has contributed to his knowledge of the field. Frederick also said that Jaime has influenced many aspects of the specific “green design” the company produces.

Before working for Mio, Frederick was originally inspired by their products for a project he created in school. 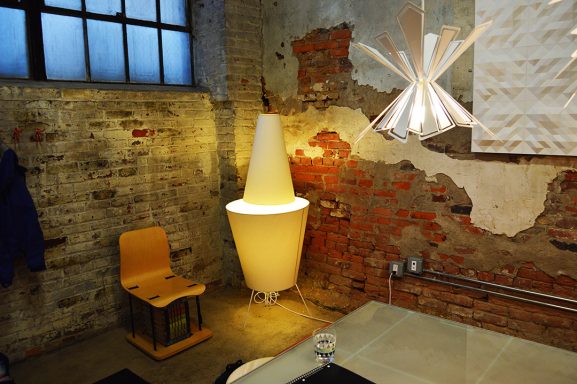 “The Capsule Light is actually the first thing I saw from Mio and used it as inspiration, mainly from an aesthetic standpoint,” Frederick said.

As the company continues to grow, Jaime and Isaac have added more members to their design team, expanding the company, yet keeping it small.

“It’s a very intimate design process compared to other firms with hundreds of designers,” Frederick said.

Karen Randal, an architect and former member of the Sustainable Business Network (SBN) came into contact with Jaime when he was also on the SBN’s panel.

As an advocate of sustainability herself, Randal and her family moved to St. Croix in the Virgin Islands in the 1960s where they learned to collect run-off to minimize their use of water, as well as the importance of recycling and mulching.

Randal said that from the time they met, she was thoroughly impressed with Jaime’s commitment to Mio’s mission and making products sustainably and locally whenever possible.

From that point on she remained engaged in Mio, whether it was staying aware of what they were working on or engaging them in other venues.

“Having Jaime as the industrial design partner and Isaac as the business finance director, their decision making process results in a well-balanced company,” Randal said. “They are on top on new innovations in material production and challenge themselves to utilize new materials in the creation of new designs.”

-Text, video and images by Alexa Zizzi and Daniel Newhart.

With summer approaching, more people will be taking their fitness outside, be it in parks or on the streets, on bikes or on feet. But if you’re searching for somewhere out of the ordinary to […]

Local Manayunk cop Chuck Taylor grew up riding motorcycles. When he decided to become a police officer, working with motorcycles just made sense. Now that he is one of the head instructors for highway patrol, […]

For Jose P. Miranda, a North Philadelphia native and a senior majoring in political science at West Chester University, tomorrow marks the end of a long, hard-fought campaign. Miranda is running for Pennsylvania state representative in […]