As the old postal adage goes, neither rain nor sleet nor snow deters the numerous Fitler Square residents who descend upon the park’s weekly farmers market. Held every Saturday, the modest outdoor market is comprised of local farmers and businesses from throughout the region, plying their locally-sourced produce, meats and baked goods.

The market is one of 27 held throughout Philadelphia, Chester, Norristown and Camden that are overseen by The Food Trust, a Philadelphia-based nonprofit that focuses on access to healthy food and nutritional education, in partnership with the Department of Public Health’s Get Healthy Philly program.

Although many of The Food Trust’s other markets are only open for short periods of the year, the Fitler Square Market has the distinction of being one of the organization’s two year-round markets, along with the Clark Park Farmers Market in West Philadelphia.

Residents make good use of the market’s fresh produce.

“We basically rely on this for our vegetables, so we try to buy as much here as we can,” said Daphne Churchill, a resident who says she frequently visits the market out of convenience in addition to a desire to support local, organic farmers. “We always come to this stand and so we know them.”

“I personally like having it here, every week,” said Nate Graham. “I can have a set time to go out and buy my produce and it’s at a nice time of the week. You kind of always know that it’s going to be here, which is very handy.” 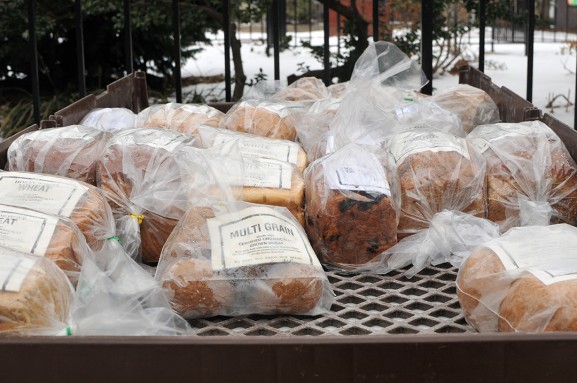 The Food Trust attempts to place its farmers markets in “food deserts,” neighborhoods or sections of the city that have limited or no access to fresh produce.

Although the phenomenon is typically associated with lower-income neighborhoods, the higher-income residential area of Fitler Square contains more upscale restaurants, bars and specialty delis than places where basic groceries can be had for reasonable prices.

“When I was at university, I studied the phenomena of food deserts,” said Courtney Kenny, of Philly Fair Trade Roasters. “I found it fascinating.”

She went on to say that while she had a full-time job, she got involved in the market due to an interest in the culture and in helping propagate access to produce throughout the city.

With the exception of the pricey South Square Market two blocks away, the area is largely reconciled to the small corner stores that are so ubiquitous in the city, many of which cannot accommodate a large array of produce or lack it altogether.

Brousell said he sees a certain kind of local shopper, spurred on by those conditions, at the market.

“Obviously you want to support local businesses,” said Graham, but he also stressed the simplicity and ease the market provides. “This is so convenient for us because it’s literally in our neighborhood, compared to walking many blocks.”

“There’s a supermarket a block in the other direction,” said Churchill, referring to the South Square Market, “but they don’t have local produce. Organic vegetables are really important to me. I come here a lot for health reasons.”

Both vendors and customers said that the Fitler Square Market retains its own identity and intimacy in the face of larger, more well-known farmers markets around the city.

“This market has a little bit of a different personality because we’re kind of off the beaten track,” said Kenny.

Even during the summer months, the market tends to boast just a few most tents ringing the park. 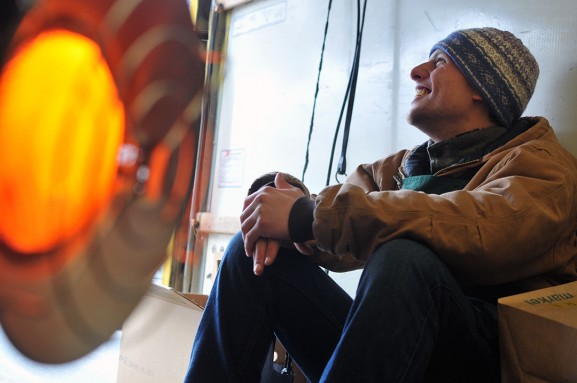 But because of that fact, the market sustains and is sustained by just exactly the community it set out to serve, as per The Food Trust’s mission.

“What you’re getting is mostly regulars and folks in the neighborhood, whereas Rittenhouse or Headhouse just kind of draws in more people,” said Kenny. “This one’s more your nuts and bolts: your produce, your coffee and your fresh bread.”

“I think we’ve been doing this market for about 15 years now, and it’s definitely our most successful,” said Brousell. “It’s the biggest, and it’s so intensely local. I mean, all of our employees know 90 percent of our customers’ names … and their dogs’ names and their kids’ names.”

The Food Trust’s successful Night Market food festivals have done much to publicize the organization and the need for cheaper, more nutritious foods across all classes, but its real work remains in the intense community interactions of Fitler Square Market and farmers markets throughout the city.

Fresh food is hard to find for many residents in Hunting Park. But the Esperanza Health Center, located at 4417 N. Sixth St., has partnered with St. Christopher’s Foundation for Children to make fresh [continue reading…]

An immigration boom in 2000 helped turn the Baltimore Avenue corridor into a hub for African businesses. Spruce Hill has dozens of restaurants while Woodland and Chester avenues are peppered with African and Caribbean grocery [continue reading…]

Recognizing the relationship between a sustainable environment and a healthy state of mind and body, Down Dog Healing Café provides its customers with a way to experience this connection. Kei Kurimoto, who has previous experience [continue reading…]