The Center for Autism is the oldest treatment center for people with autism spectrum disorder in the United States. Its Northeast location, found at 2801 Grant Ave., is approaching the end of the first part of its multi-phase renovation process.

The long referral list at the Center for Autism helped fuel the renovation process, according to Alena Subacus, assistant director of the pre-K program at the center.

“We’re consistently getting clients coming through for evaluations in our intake department,” Subacus said. “So, we were fortunate enough to get a grant for $1 million and that’s really what started this whole process.”

The Economic Initiative Grant was awarded to the center by the Commonwealth of Pennsylvania on Dec. 16, 2014. The $1 million covered about half of the expansion cost, Subacus explained.

Included in the renovations are a teacher’s lounge, a gymnasium and several classrooms to expand current programs and accommodate new programs. 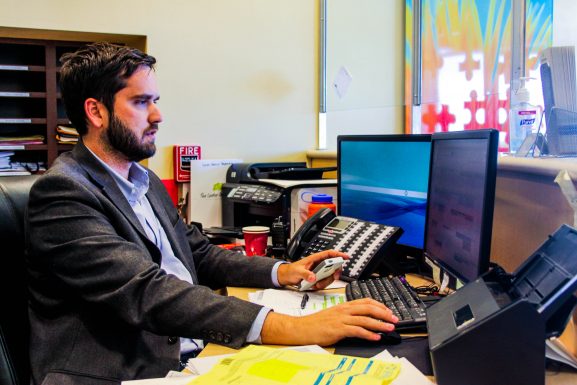 Jeff Scott, the site coordinator at the Center for Autism, had to do a lot to prepare the center for the renovation process.

“It’s just been a lot of planning and a lot of purchasing,” Scott said. “We need lots of supplies for the staff, kids and new rooms. I’ve also been working with the construction company and talking about what they need to get their job done.”

For Scott, planning transportation around the construction has been the most challenging part of the renovation process.

“We have a contract with an outside agency and they transport our clients to and from programming via a van service,” said Kelly Nydegger, assistant director of the Social Competency program at the Center for Autism. “Some clients are transported from schools, from homes, from daycares and various other after-school programs.”

Working with this agency, as well as the School District of Philadelphia, has been complicated.

“It’s tricky because we are doing our expansion in different phases,” Scott said. “Probably about 80 percent of our kids take a bus to get here. It’s a lot of communication between different organizations.”

Nobody had to be relocated during the first phase of the renovation process. 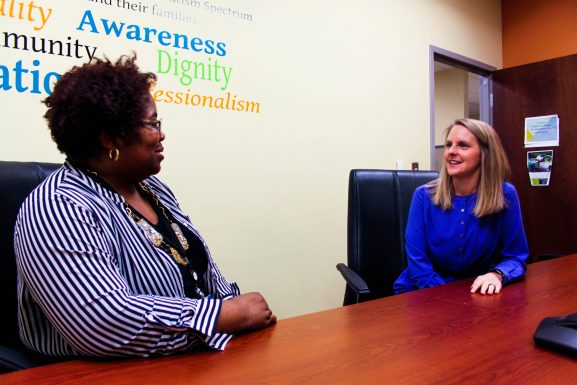 “It went pretty smoothly because the space that was being renovated is blocked off from the space we’re currently using,” Subacus said. “In the beginning, we had a little bit of noise, but other than that, it was really not too much of an issue.”

The renovated space was not being used prior to construction.

“Within this building, there was some empty space behind where we were already programming,” Subacus said. “We were able to break into that space and provide enough that we are now able to double our services.”

The Center for Autism plans to utilize the renovated space to expand current programs and add in new programs.

“We want to bring over some programs that we have at our other location now that we have the space to accommodate them,” Nydegger said. “Our First Friends program is one that we just started here. We hope in the very near future to start our Saturday program at this location, as well.”

The First Friends program acts as a liaison between the pre-K program and the Social Competency program and is currently only held at the Ford Road location of the Center for Autism.

The Center for Autism will host a ribbon-cutting ceremony to unveil the renovated building in the fall, but a specific date has yet to be scheduled.

“Our program year typically runs from September through August,” Subacus said. “Now that we are expanding closer to the end of our program year, we’re going to wait until September to do the big ribbon-cutting.” 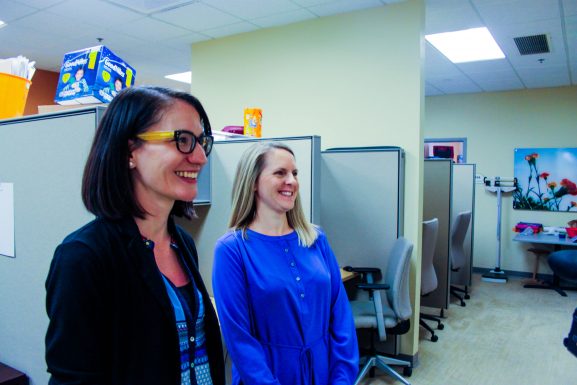 Nydegger believes that this renovation process will not be the last for the Northeast location of the Center for Autism.

“We’ve been growing and expanding since we opened up here,” Nydegger said. “We’re hoping to expand from here as well.”

Employees at the Center for Autism appreciate working for a company that is consistently making progress.

“The best part about working here is that we are always growing and expanding,” Scott said. “With these renovations, more kids will be off the waiting list and we’ll be able to expand our reach further into the Northeast and beyond.”

-Text, images and video by Michelle Bresnahan and Taylor Carson.

https://vimeo.com/33086456] In 1986, the early days of the AIDS pandemic, a group of dedicated volunteers came together with the idea of helping those with HIV or AIDS. That idea evolved into a mission “that no [continue reading…]