Tucked away in a quaint section of Manyunk, PA, one may find it hard to believe that the rather unsuspecting building which Helix Motorsports resides in offers one of the largest selections of parts and service for Mini automobiles.

Being a life-long automotive enthusiast, Eric Savage first made his way into the industry at AWE Tuning, a Fort Washington, PA-based business which focuses on mostly Audi and Volkswagen products. Savage had been friends with the owner of AWE and was one of the first employees of theirs. 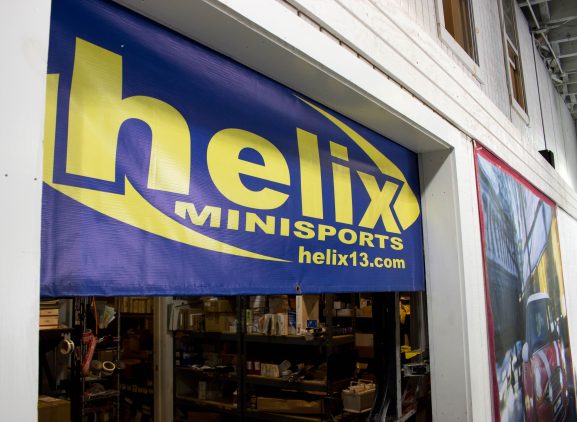 The Helix name was incorporated in November of 2001, and began performing receiving business the following spring. At one point, Savage had been a brewer for Dock Street Brewing Company, and due to knowing some of the folks over there, he received a deal from Philadelphia Brewing Company on some space to begin setting up a workshop. The space was in the Kensington section of Philadelphia, located in a former stable in which the brewery kept delivery horses.

But of all the vehicles which could have been chosen to work on, why was the Mini chosen as the keystone of this business model? After seeing the designs for the Mini Cooper, Savage was sold on putting all of his proverbial eggs in the Mini’s basket.

“Minis were just about to come out, and they had just been purchased by BMW. Some of the designs had been released and some of the details of the engineering had been released, which made it seem very exciting for the enthusiast. Specifically, the rear suspension and the money they were spending on it meant that it was going to be a very good handling car,” Savage said.

From there, Savage took a class and received consultation from University of Pennsylvania’s Small Business Development Center to assist with creating a business plan for Helix. He gathered some money from family members which turned out to be just enough money to import a Mini into the United States from Sweden. The car was subsequently used to develop and release new products in order to make the Mini perform better. 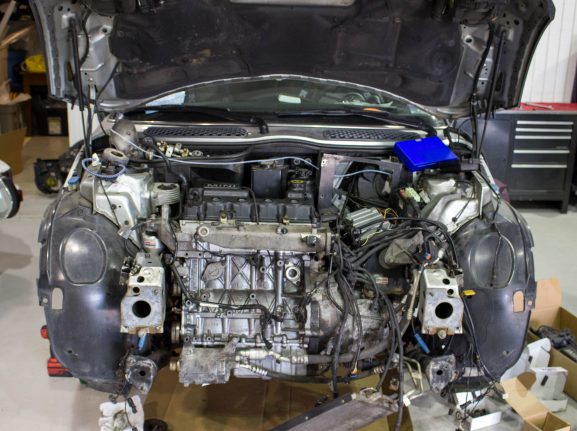 Minis themselves were impacted during the wake of the economy going belly-up in 2008, experiencing a 16% sales loss in the United States during 2009. During that same time, Helix expanded from being a business based in performance tuning and developing parts, by beginning to provide repairs, maintenance and service. This move proved to be detrimental to their success, becoming some of their best business.

One of Helix’s best known and best-selling products is the unique intercoolers they make for the Mini. An intercooler is a device used to cool air that has been compressed through forced induction by either a turbocharger or a supercharger.

At first, they relied on outside consultants for the development of the intercooler, but eventually, all of the processes behind developing the intercoolers were brought in-house, such as design, virtual testing, 3D modeling, as well as road and dyno testing. The results of these tests speak for themselves, showing less stress on the motor as a result of utilizing more power with less boost. 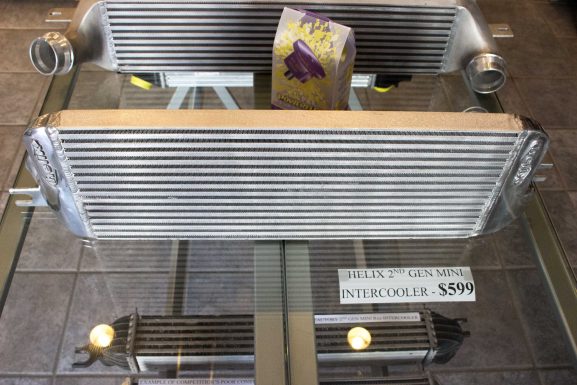 Though they are operating within a very narrow niche, Helix now sells their parts all over the world.

Helix also travels to events such as Minis on the Dragon, which is the largest Mini gathering in the world. The event is at the Tail of the Dragon in Deals Gap, North Carolina, a notorious stretch of road which is known for tons of curves and exciting driving.

“We close up shop, bring the whole shop down there, and we do sales and installations right there,” Savage said.

However, Helix’s impact goes far beyond the work they perform on Minis. Helix has sponsored community-involved events, such as sponsoring a refugee organization, and also works with younger folks interested in the automotive industry to provide opportunities for employment.

Ryan Lee is a self-described jack-of-all-trades for Helix, performing administrative work as well as engineering work. Lee noted that Savage was able to see his passion for vehicles and after a few back-and-forth interactions, Lee was offered the job at Helix after completing his education at Philadelphia University.

Customers of Helix have also remained satisfied by the honesty behind the work they perform, and their ability to work with customers to make sure they are satisfied, all while offering their work at a fair price. 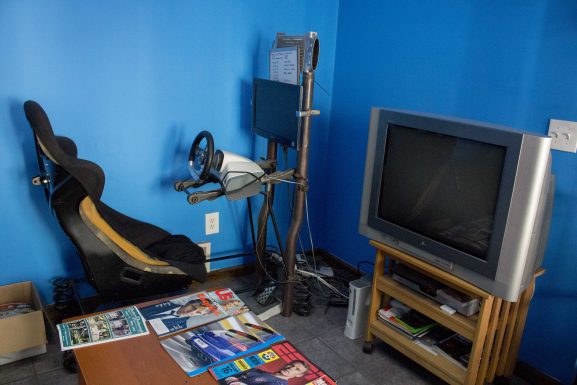 Alex Williams has been a customer of Helix’s since 2012, when he purchased his first Mini. Williams stated that Helix has been incredibly helpful with providing guidance and insight towards his hot hatch.

“When I first bought the car, I wasn’t too familiar with it, so I brought it to these guys for regular maintenance work,” Williams said. “As I learned the car, I started doing that on my own, and then I started bringing the car by for performance work, ordering parts and all that type of good stuff.”

For now, Helix only services Minis and BMW’s.

“This allows us to be much more specific with our diagnostic equipment and with our knowledge set,” Savage said.

In the future, Helix plans to maximize the most of the floor space they have at their current location, but with the way business has been coming in, a bigger location with more floor space could occur in the future.

Germantown: Making My Place Their Own

Dyke Sparks, a 61-year-old Vietnam Veteran, is one of the 12 male tenants at My Place Germantown. He said he has been living there for over a year now, and although it is not what [Read More]

Spruce Hill: Liquor Store Expected to be “Asset” to Community

As president of the Mantua Haverford Community Center, Richard Purdie is the heart of the neighborhood. He saw Mantua’s need for a reliable and safe place where children could get away from crime on the [Read More]