Peter Zutter, a longtime resident of South Broad Street and president of the South Broad Street Neighborhood Association, has seen his neighborhood go through many different changes in zoning, density and makeup of population. The association is the registered community organization, or RCO, for the boundaries of Washington Avenue to Oregon Avenue and 13th Street to 15th Street. The nonprofit has allowed Zutter and his board to have a say in the neighborhood’s enterprises, keep conversation flowing between residents and find ways to improve Broad Street’s reputation as a place to viably live.

What does the association do?

A lot of what we do involves zoning. We do some projects to try to keep things clean. We paint over graffiti a couple of times a year and take down the posters that are on the poles. In October, we have a few community events. We have a pumpkin carve at Methodist Hospital the Saturday before Halloween. We are also working on starting a Business Improvement District on Broad Street.

Who makes up the board of the association?

We have about 10 or 11 board members and about 18 people who are sort of ad hoc members who show up regularly to events and to our meetings and are involved with the neighborhood. Most of them have been here for a long time. A lot of business owners support us financially. I think our board is kind of a good cross-section of residents, businesses and both people who have a business and who live here. I think it’s an important combination for us to have. I tried to get somebody from every block. 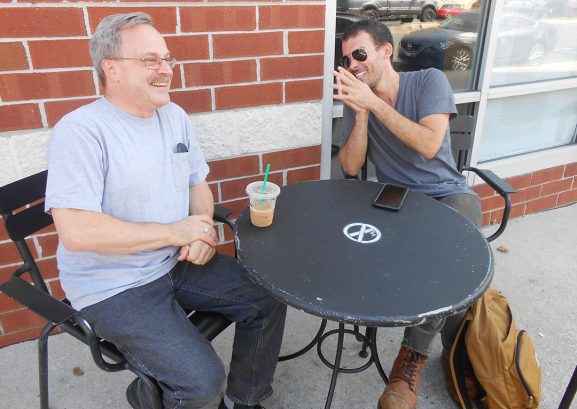 How did you get involved with the association?

When I was still living on Carlisle Street, I had a little dog-eared flier stuck in my door by someone and went to one of the meetings. By that point, I had been in the house for two years, and I was fed up with the trash and I was thinking about moving. I discovered a group of people that realized it is not appropriate to be walking ankle deep in trash.

There was another association that the former councilman Frank DiCicco started on the other side back in the late ’90s, and that association kind of went dormant. A couple of years went by, and we still could see the need for it. So I got most of the same people together again and we started a new corporation from scratch.

I have a big mouth. I had seen what was done before when Frank DiCicco started the civic association and just kind of did the same thing. Nobody’s interested in being president, so I stayed on.

What are the main issues facing Broad Street and how do you combat them?

Trash and graffiti. If we keep (the graffiti) under control, the more often we cover it up, it diminishes. It’s the same with trash — for about three years we had a weekly sidewalk sweeping program in place. When you have that, not only does it keep things from collecting, people are just more aware of it and less likely to litter and throw trash down if the street is clean. 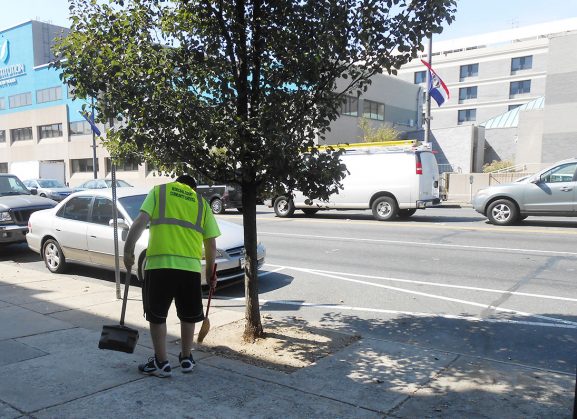 What are your duties as president?

One is to make sure that everyone else is doing what it is they said they would do. I’m lucky that we have a very active zoning chair, who is also an architect, but we need to make sure that the meetings with the applicants get scheduled and letters to the planning committee and commission of the zoning board get sent. There’s a certain amount of follow-up and research that needs to get done. A lot of it is just keeping people talking to each other. A lot of the follow-up on things comes back to me; if people have problems, I put them in touch with the right people on our board.

What changes have you seen in the neighborhood over the past few years?

There has been a lot of gentrification. The upside of that is we’ve seen that our property values are a lot higher. It’s no longer a neighborhood where you can’t give a property away—the property has some value.

There’s a big change in the population that you see walking around, newer and specialized shops that are opening up and thriving, like around Passyunk Avenue. There’s just a lot more money floating around down here. There is a lot of middle and high income people who are moving here, people who could afford to live anywhere, because they want to live here. 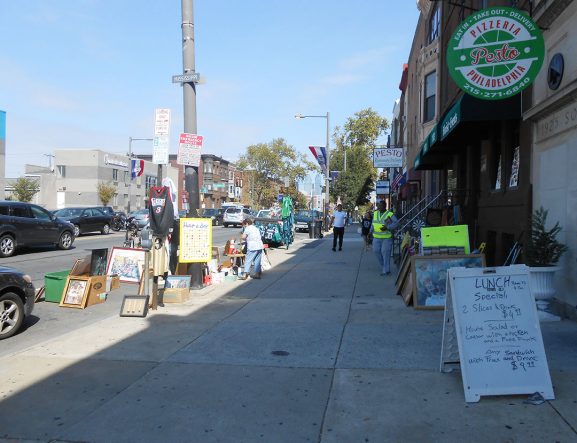 — Text and images by Hayley Chenoweth and Kelley Hey.

Kevin Smith is president of the Manayunk Neighborhood Council, a not-for-profit civic association dedicated to promoting a unified and sustainable community in Manayunk. Smith, who was raised in Southern California and moved to Manayunk about […]

After a vote held last week, the Fishtown Neighbors Association turned down Alberto Rivera’s zoning request regarding his property at 1117 Day St. Rivera had plans to convert the single-family home into a duplex, one […]

Tyrique Glasgow is thirty-two years old and has 11 bullets lodged in his body. One of his front teeth is missing from fleeing a gunfight that broke out near his childhood home. Adolescence could have killed […]