Philadelphia is full of parks and lush gardens that make it easy to forget it’s a large city on the East Coast. Rittenhouse, Graduate Hospital and Logan Square are three neighborhoods within walking distance of each other and include some of the most walker- and biker-friendly areas in Center City. They’re home to some of the city’s hidden outdoor spaces and some of the most well-known. When looking to get away from the hustle and bustle of city life, look no further than the following five places. 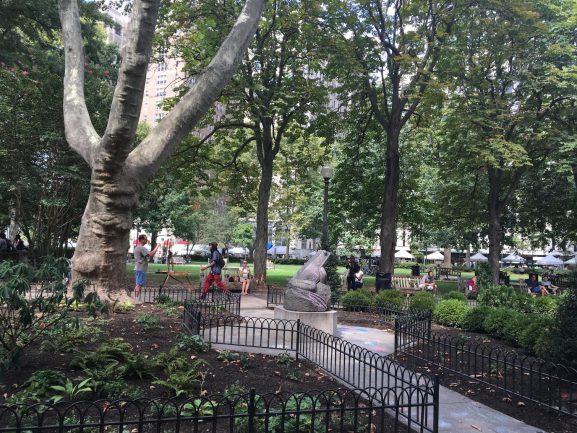 One of the most popular outdoor spaces in the City of Brotherly Love is Rittenhouse Square, located at 18th and Walnut streets. It was one of the original five outdoor parks planned by William Penn in the 17th century.

The square is always filled with people, whether they’re workers soaking up the sunshine during their lunch break or residents taking their dogs for a stroll. There’s also a year-round weekly farmers’ market every Tuesday and Saturday from 9 a.m. to 3 p.m. Rittenhouse Square is an ideal spot for outdoor yoga, people watching or picnicking. 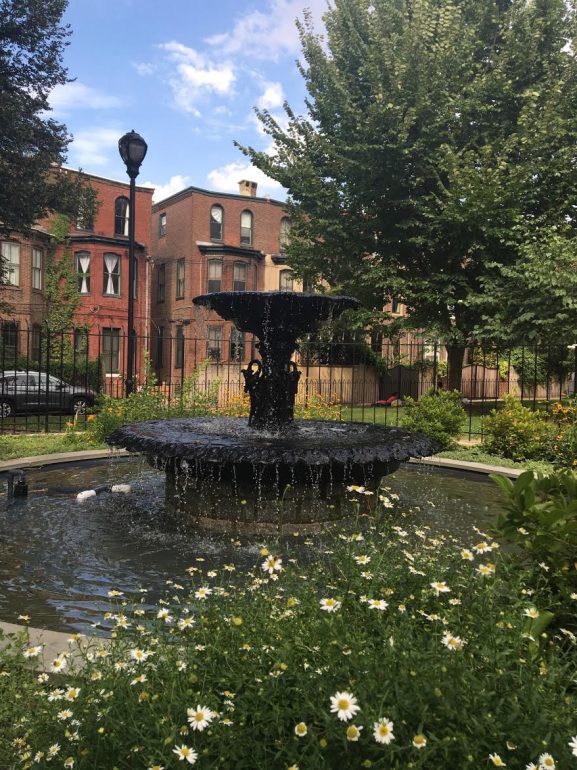 Nestled between southwest Rittenhouse Square and northwest Graduate Hospital is Fitler Square, located at 23rd and Pine streets. The square was named after Edwin H. Fitler, who served as mayor during the late 19th century.

This small community space with benches, sculptures, flower beds and a classic Victorian-style fountain is the perfect spot for Rittenhouse and Graduate hospital residents to join in on seasonal community events, have a picnic with friends, or take children to get some fresh air.

“It’s very family-friendly,” said Todd Zolecki, a resident of Graduate Hospital. “There are always people with little kids or people hanging out or waiting for a table at Tria Cafe,” a wine, cheese and beer bar with multiple locations around the city. 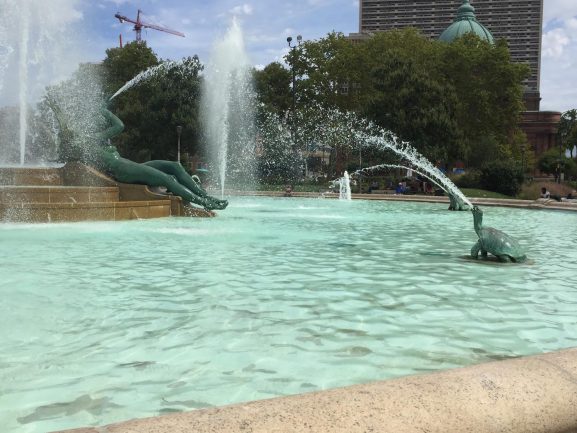 Logan Square, or as some Philadelphians call it Logan Circle, is located where 19th Street meets the Benjamin Franklin Parkway. Similar to Rittenhouse, Logan Square is another one of the city’s original five squares. It’s named for Pennsylvania statesman James Logan,

Tourists and Philly residents are often seen taking pictures or sitting by the picturesque Swann Memorial Fountain, which sits in the heart of Logan Square. It’s the perfect spot to picnic after a trip to the Franklin Institute or the Free Library of Philadelphia, which both overlook the square. 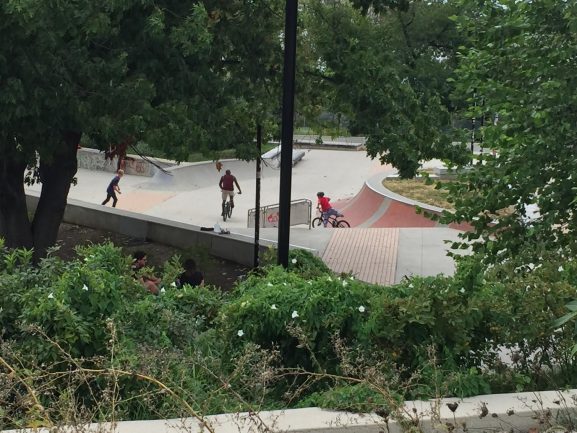 Located along the banks of the Schuylkill River across from the Art Museum, Paine’s Park is a a unique space dedicated to skateboarders and BMX riders.

“I like that numerous different groups advocated for this space,” said Jonathan Schimpf, a BMX rider. “It keeps kids interested in other things that are not getting in trouble. It provides kids with an opportunity to participate in non-traditional sports like skateboarding and BMX racing so they aren’t limited to traditional sports.” 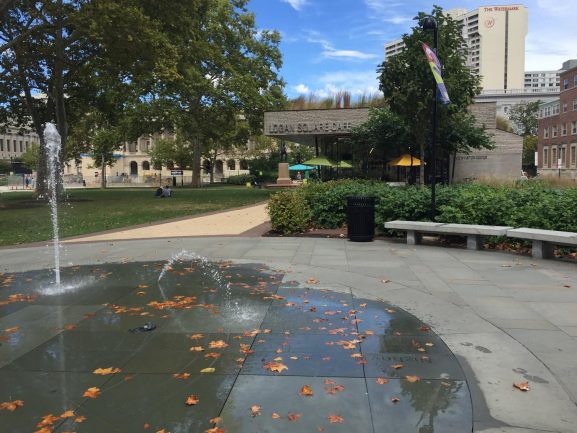 While trees and parks can easily be overlooked by the city’s towering buildings and cement sidewalks, Sister Cities Park is not one to miss. The park, built in recognition of Philadelphia’s 10 “sister cities,” is one of the numerous parks in the Center City District.

Sister Cities is a popular attraction for visitors and families, explained Eli Gutierrez, an employee at the Logan Square Cafe.

“The cafe is one of the biggest locations for visitors of Sister Cities and families because of the cafe and children’s garden,” Gutierrez said.

Children are encouraged to explore and play in the waters and springs, as well as the flower beds all around the park. Gutierrez explained that the cafe is eco-friendly as well.

“This place uses the cleanest energy and has the best environment,” he said. “The cafe uses energy from both the solar panels on the roof and the geothermal energy collected from the ground underneath the cafe.”

– Text and images by Mary Salisbury and Madeleine Darr

On the corner of 54th and Overbrook, children waited for a ride home. Having abandoned their coats, little boys and girls laughed and played outside the Wynnefield branch of the Free Library. Inside the library, chairs [Read More]

A community is only as good as its people allow it to be, and the folks living west of Broad on South Street have taken this notion to heart. Both the South of South Neighborhood [Read More]

“The visual arts help develop sustained focus and articulation of the decision making process,” said Helen Haynes, chief cultural officer for the City of Philadelphia Office of Arts, Culture and Creative Economy at the A+ [Read More]